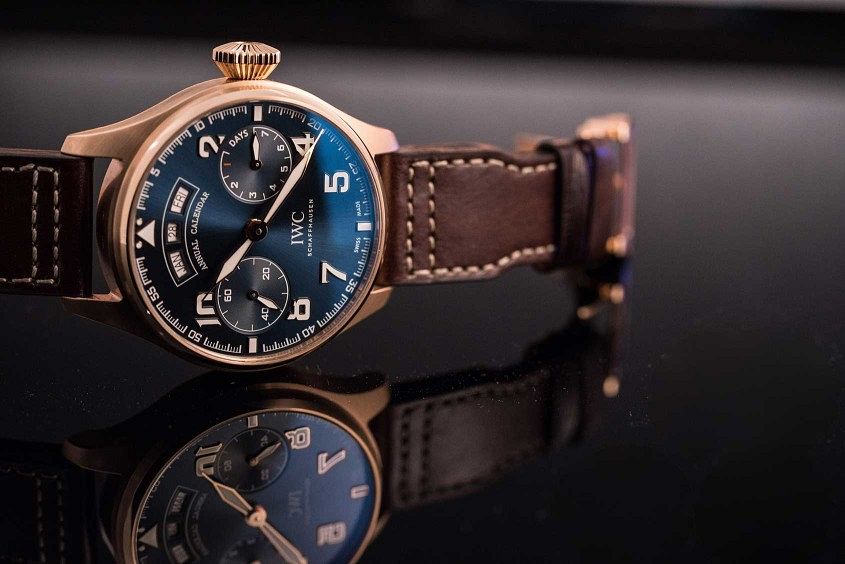 IWC have taken to the skies at SIHH 2016 – the place they’re most at home – with an entirely revamped Pilot’s line. Among the many models, the limited edition Big Pilot’s Annual Calendar Edition “Le Petit Prince” is the one that captured our attention. It’s an homage to one of the most-loved stories of the 20th century, Antoine de Saint-Exupéry’s The Little Prince. IWC combines his iconic character and his passion for aviation in this special Big Pilot’s watch. 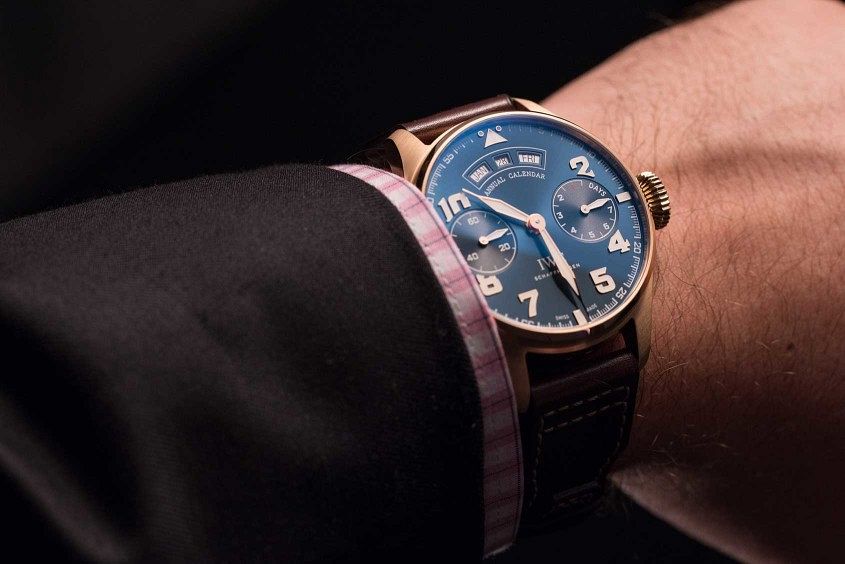 The rich, midnight blue sunburst dial displays the annual calendar, first seen in last year’s Portugieser releases. Day, date, and month are visible at the top of the dial. The 52850 calibre movement takes into account the differing lengths in each month, with the exception of February – meaning the owner needs only to make a minor correction once every year. The movement uses IWC’s famous Pellaton winding system with a seven-day power reserve shown at three o’clock, balanced by the 60-second subdial at the nine o’clock position. You’ll notice that the calendar apertures are closer to the centre of the dial in this Big Pilot, as the 46mm red gold case is two millimetres larger than the Portugieser, but manages to remain balanced because of the large applied numerals. 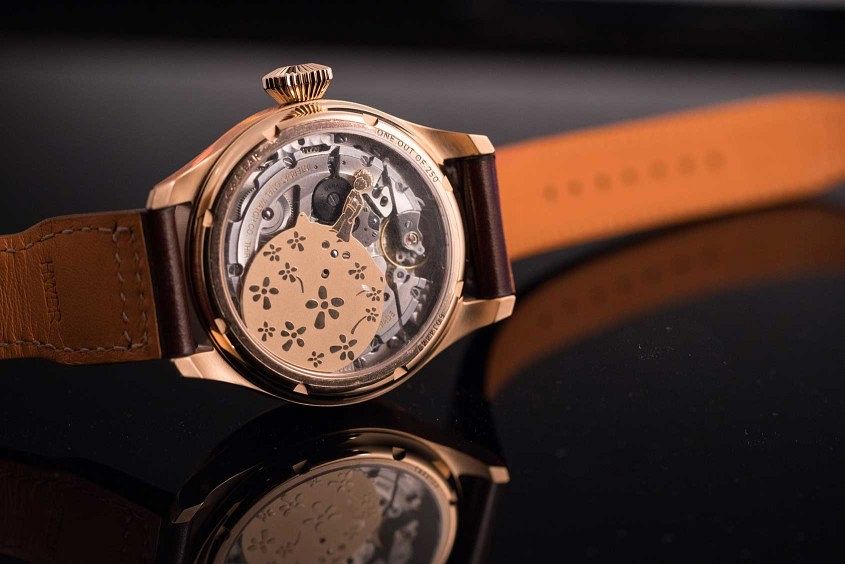 Despite the drop-dead-gorgeous dial and case combination the real show-stopper is located behind the sapphire case back. The winding mass is based on Saint-Exupéry’s own sketch – an 18-carat red gold representation of The Little Prince standing atop his tiny planet, staring toward the stars, wide-eyed. Made with intricate detail, The Little Prince acts as a counterweight to the flower-bespeckled asteroid, known as B612, creating his own journey as he spins within the case. The watch is secured to the wrist with a brown calfskin Santoni strap with contrasting cream stitching inspired by Saint-Exupéry’s flying suit, and fastened with a red gold deployant clasp. 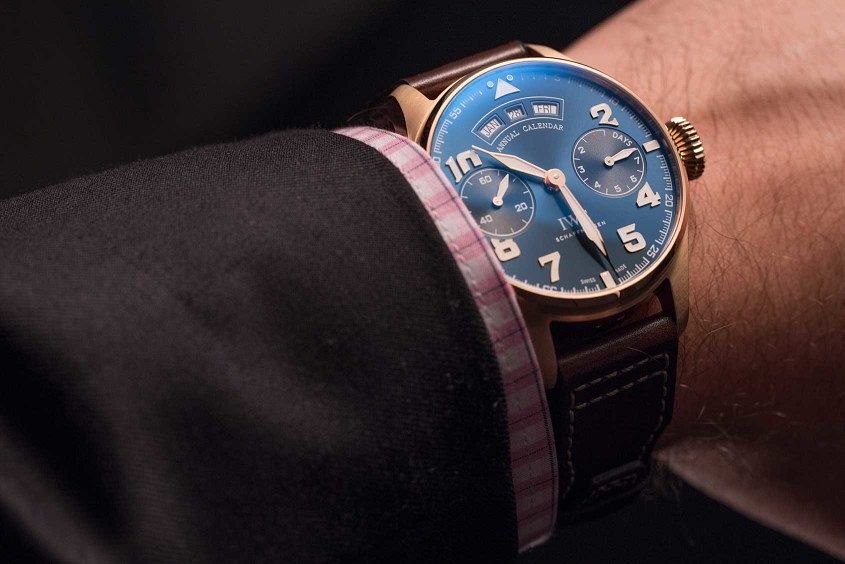 Since 2005, IWC has partnered with Fondation Antoine de Saint-Exupéry to help build school buildings and libraries in Cambodia and Brazil, as well as providing literature and supplies to remote areas. Not only does the latest IWC “Le Petit Prince” combine literature and pioneering aviation in a stunning watch, there’s also the knowledge that it is genuinely doing some good.

Limited to 250 pieces worldwide this Big Pilot has an indicative retail price of $48,900.