Bulgari’s Octo Finissimo tends to steal the limelight a fair bit, seemingly making headlines whenever a new version is released. The Octo Roma may not garner the same amount of attention or record-breaking mentions, but it’s an equally important range for those who may prefer a slightly more restrained design language and something with a bit more weight to it. The Bulgari Octo Roma WorldTimer in black DLC offers a versatile travelling companion with swathes of Italian coolness.

With Rome being the headquarters of Bulgari since 1884, it’s quite the statement to name a watch after The Eternal City. The Octo Roma case shape earns its lofty title by including inspiration from the Basilica of Maxentius and Constantine — an ancient Roman structure that was completed in 312 AD. What’s left of the building shows gargantuan arched windows and ceilings that are studded with concentric octagons, an element which is subtly incorporated into the octagonal silhouette of the Bulgari Octo Roma WorldTimer before being smoothed out by a circular bezel. This creates an overall impression of ancient refinement that isn’t overbearing, allowing the watch to be worn in almost any situation. 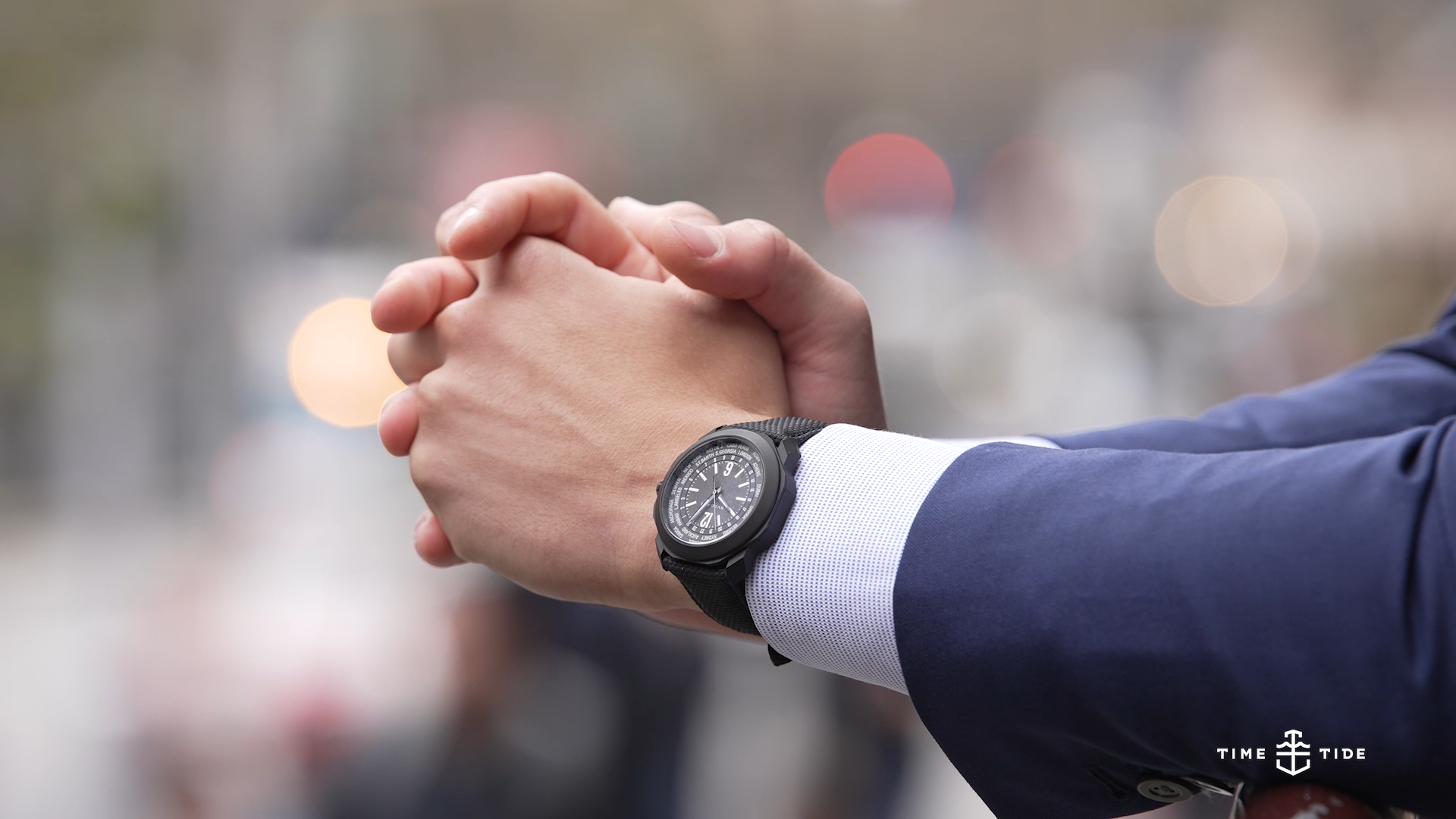 The black DLC which coats the case serves two purposes, primarily darkening the stainless-steel case to a matte black finish which has a soft sheen under light and further increases its stealth appeal. Secondarily, the diamond-like coating protects the case from scratching, giving it a similar level of resistance as the sapphire crystal over the dial. It also gives the watch a cohesive darkness, with the matte black dial and the DLC-coated hands each leaning into the bianco e nero theme. 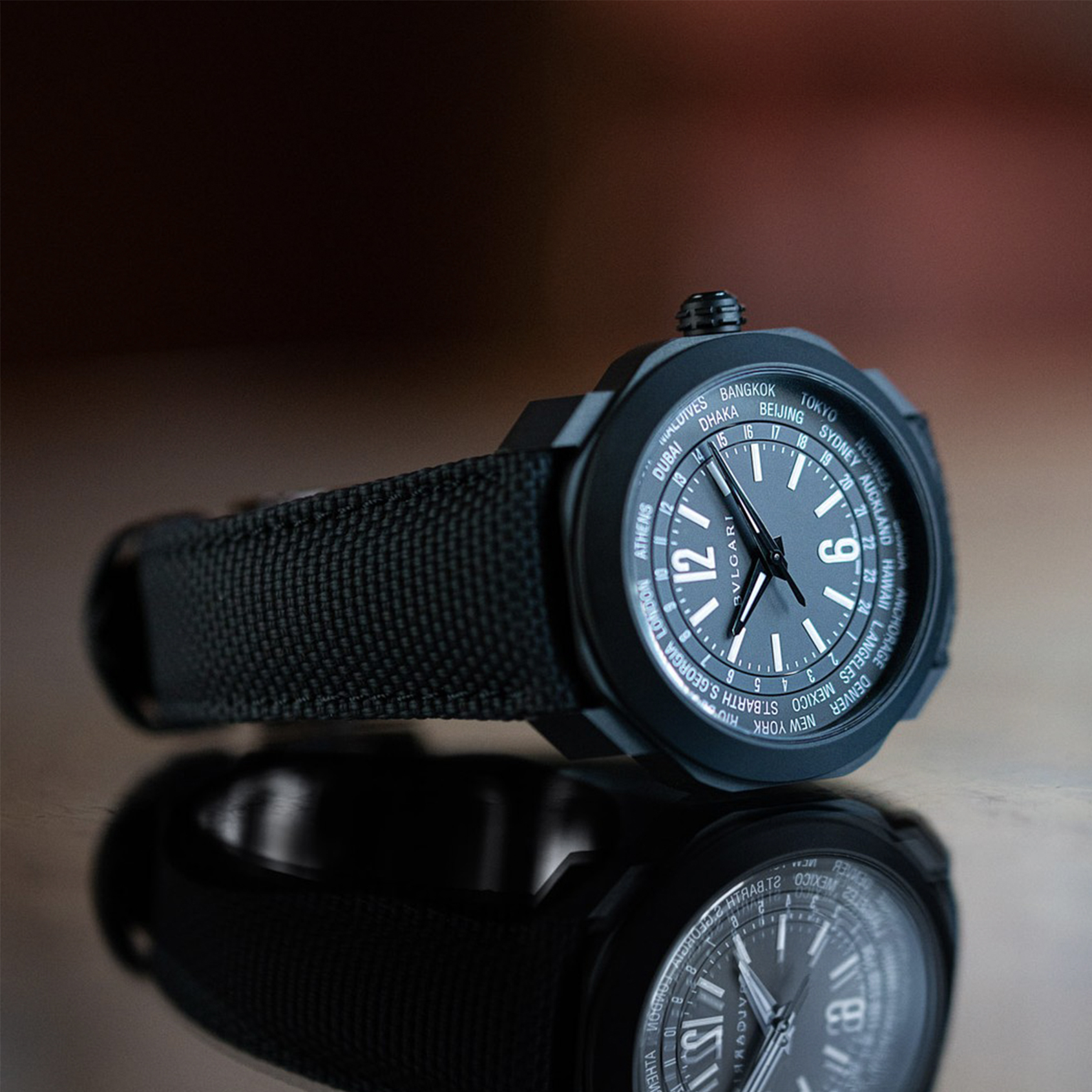 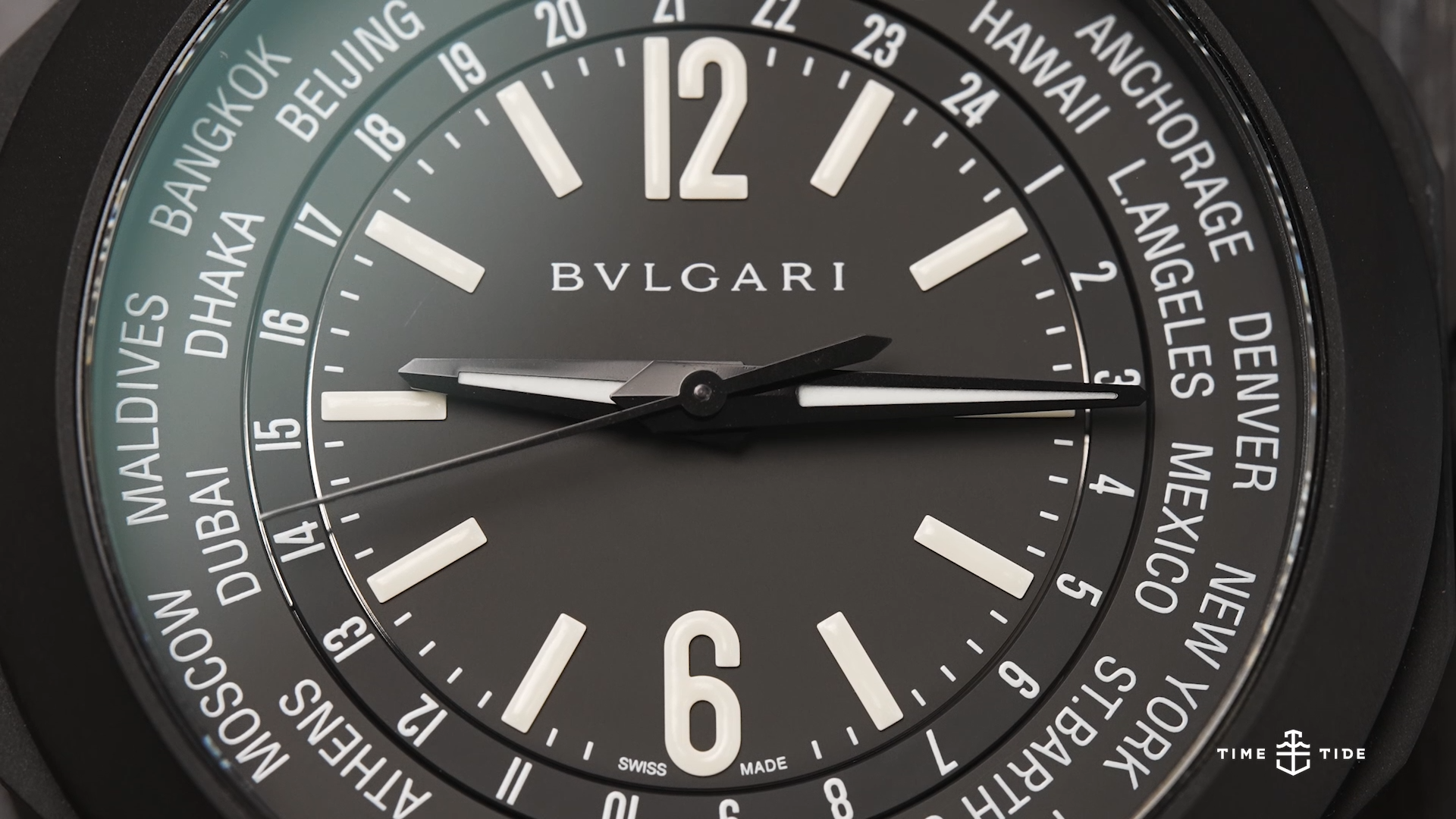 That black and white theme allows for great legibility on a fairly busy dial, with the Bulgari Octo Roma WorldTimer having a classic list of cities around its perimeter that operates with the world time complication. Beneath it is a 24-hour indicator that encircles the regular dial which is small in diameter but large in personality, with thick Arabic numerals at 12 and 6 and hour markers. 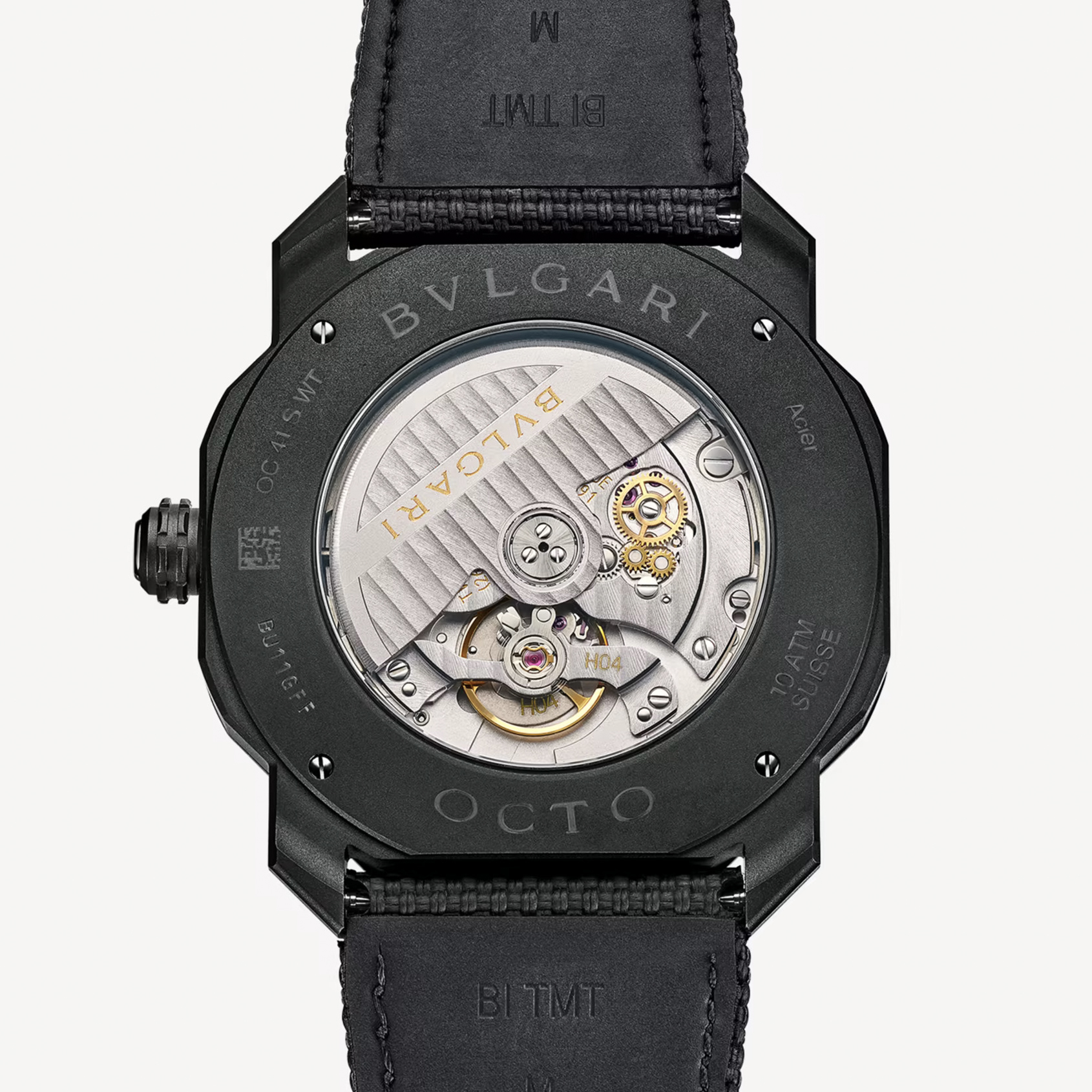 All of this is made possible by the calibre BVL257 — a new generation movement made for the Bulgari Octo Roma WorldTimer with a power reserve of 42 hours and a beat rate of 28,800 vibrations per hour. The movement can be appreciated From the back of the watch thanks to a sapphire display caseback, showing off the beautiful finishing on the solid winding rotor.

The Bulgari Octo Roma WorldTimer has the specifications to match its personality, measuring 41mm in diameter and with a compact lug-to-lug length of only 45mm making it easily wearable on the average wrist. It’s not breaking any records at 11.35mm thick, but that really fits with the bold personality of the case. While it would look fantastic dressed up on a black leather strap, the provided rubber strap with an outer fabric texture emphasises the pool-readiness of the watch given it’s 100m of water resistance.