If you’ve got $1mUSD to build a watch collection in 2020, you’re used to the finer things in life. But what would you do if you could only select watches that were released this year? This is the question that has been put to the T+T Team, and in this article the team will show how they would build a $1m 2020 watch collection. Here goes. 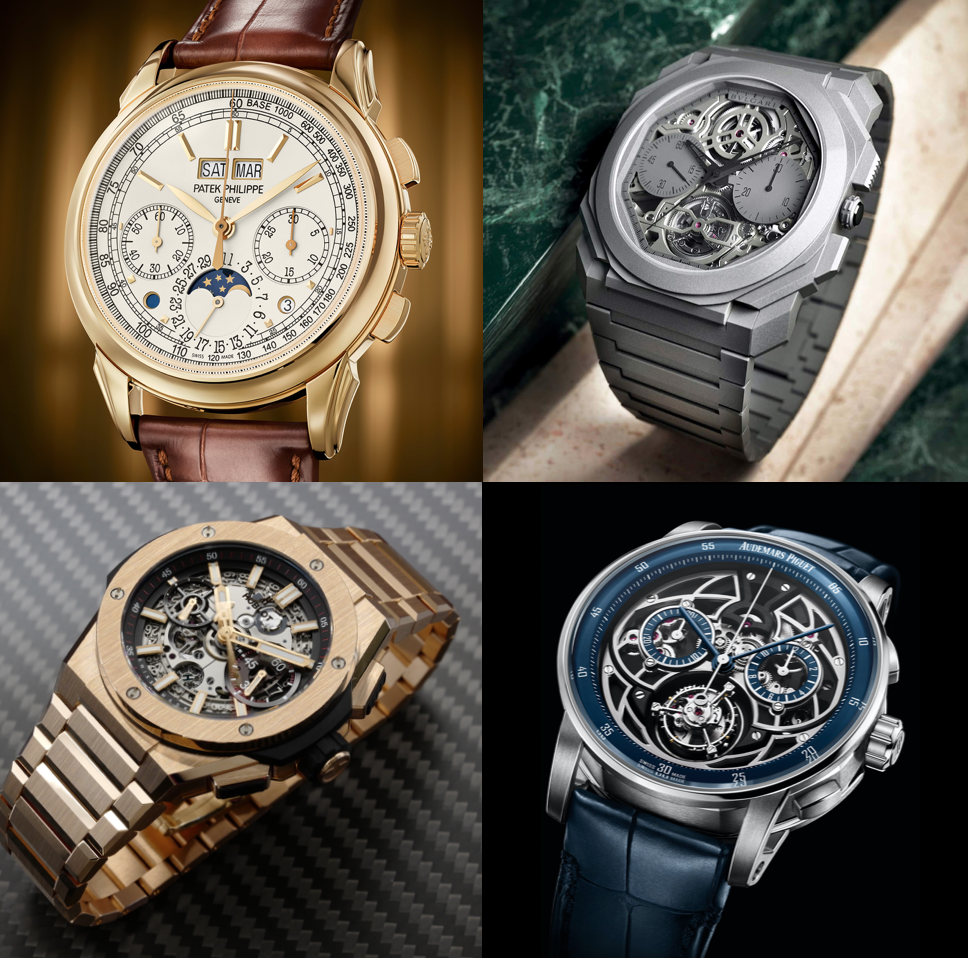 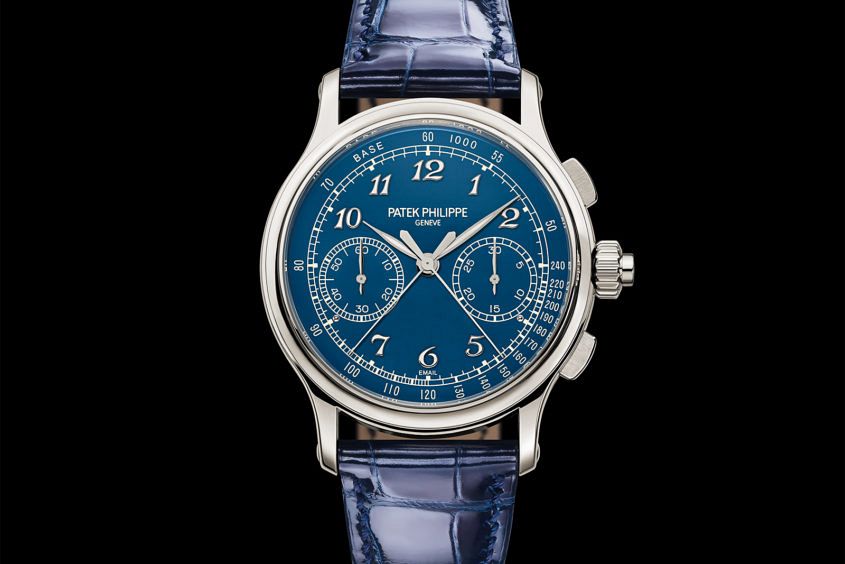 What a difference a dial makes. Identical to the 2015 version, with a black grand feu enamel dial, this top pick is all about how a vital blue grand feu enamel dial brings a mid-Century era watch into the present, 70 years later. Purists prefer the black, but I find it thrilling how this simple change can give the whole watch a sense of relevance and modernity, especially at its pitch perfect case size of 41mm. Few movements on earth can compete with this split-seconds chronograph for beauty and complexity, proudly on display through the clear caseback. Price: USD $260,000 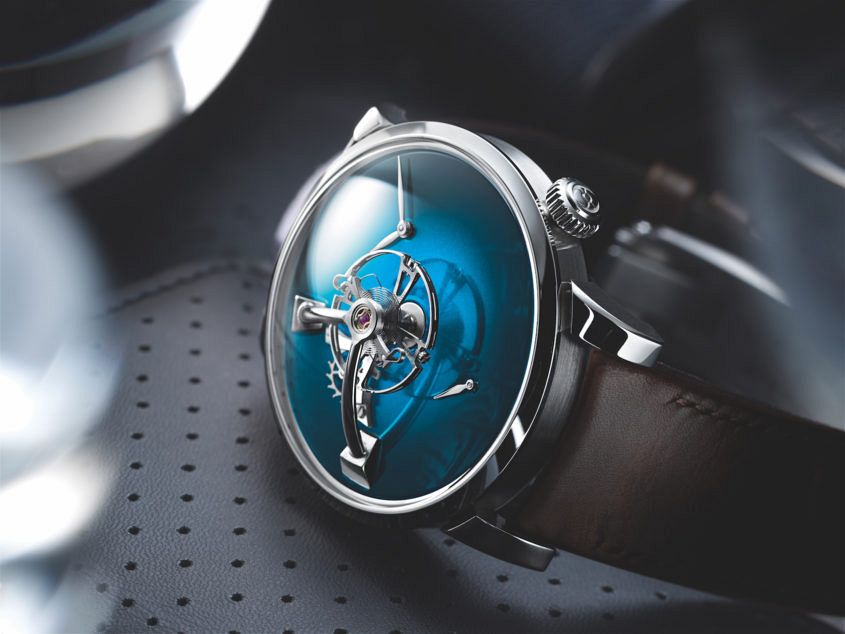 The head says the H. Moser x MB&F Endeavour Cylindrical Tourbillon, for the fact that it’s more novel and more of an even-handed spectacle. But the heart has always wanted an MB&F Legacy Machine 101, and now, one could potentially have one suspended over a blue lagoon of sheer visual serenity; a quintessential fumé Moser dial. Given that the Endeavour Cylindrical Tourbillon is also a hair under 20mm thick, the eminently wearable 40mm LM101 could also get a great deal of wrist time. Price: USD $80,000 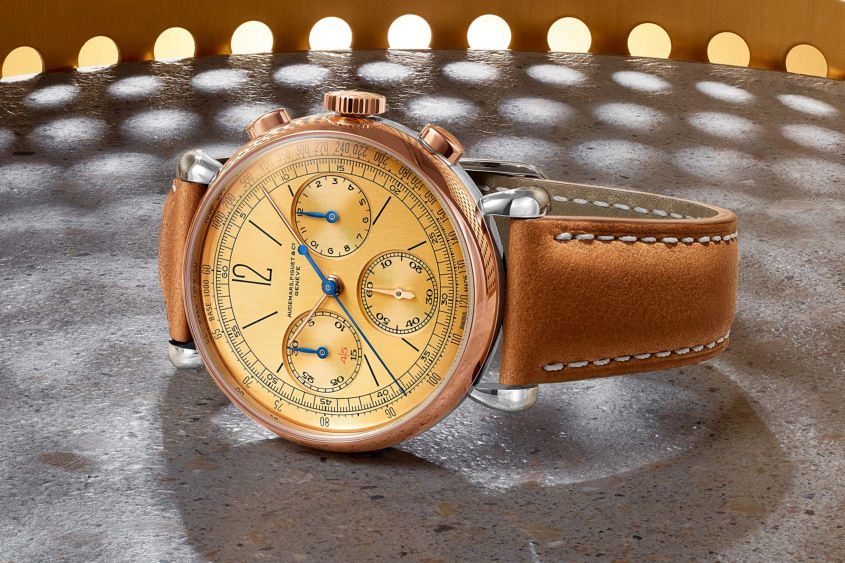 Deep-diving on this model with Michael Friedman and Eric Ku sealed the deal, but I was already quite obsessed. There’s something that electrifies me about the unique way that Audemars Piguet interfaces with their extraordinary catalogue – in the same way that hearing a classic song remastered can bring it resolutely into the present, and the future, this strikes me as a totally 2020 creation. This watch, with many unashamedly modern touches, such as a self-winding movement is a massive vibe aesthetically. It is also – as Eric says – a watch you can knock around in day to day, on a jog, in the rain, with complete confidence. Price: USD $55,000 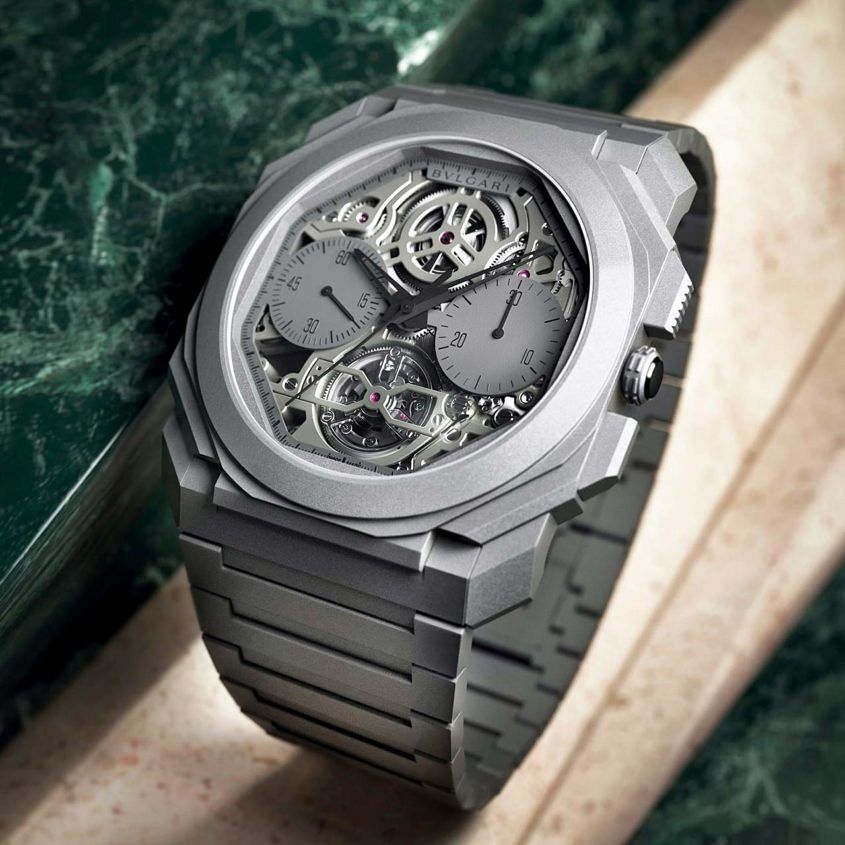 Finissimo anything really, for me, but the striking symmetry of this highly complicated model wins the day, as does the tiny production run of 50 which means it’ll be quite a moment of serendipity if you run into a fellow wearer in the First Class lounge. Price: USD $150,000 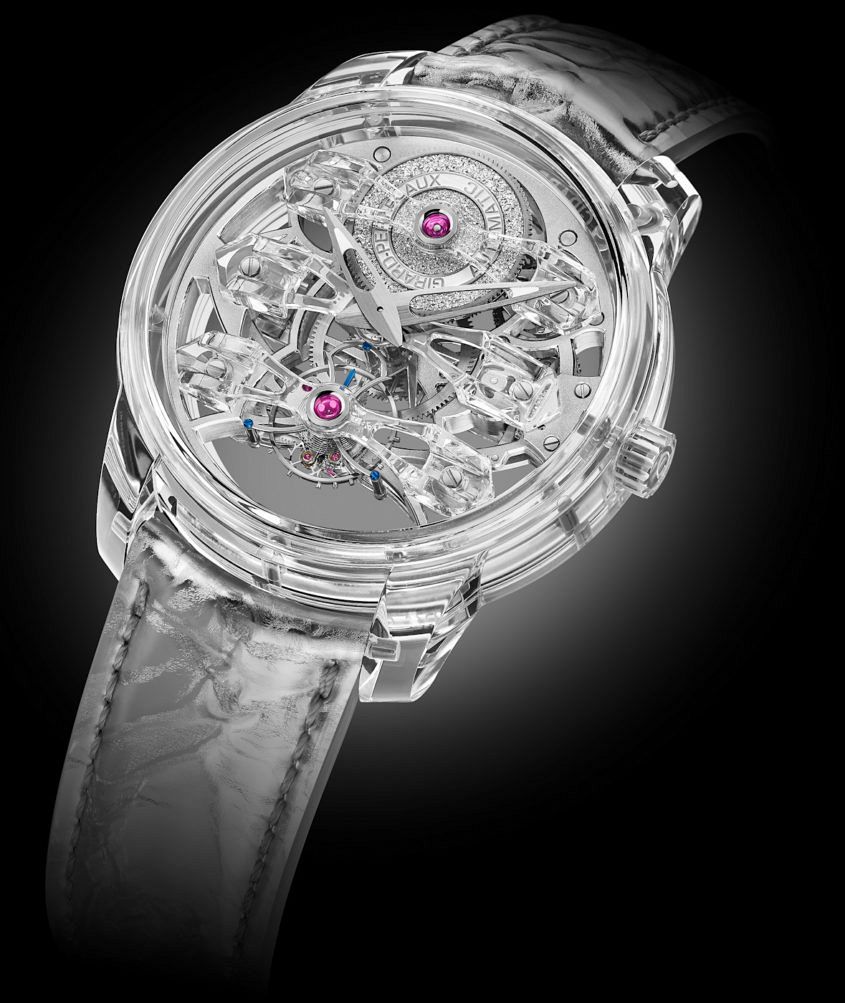 The Girard-Perregaux Quasar Light pales into extraordinary significance when compared to models like the Laureato Abs0lute Light, whose non-sapphire bridges seem, suddenly, to defeat its purpose. While here, the iconic Three Golden Bridges design – which lines up the barrel, centre wheel and tourbillon on a vertical axis – shines like never before in translucent sapphire crystal, a bugger of a material to work with and machine. Can you imagine wearing this and not being stopped several times a day? Me either. Price: USD $300,000 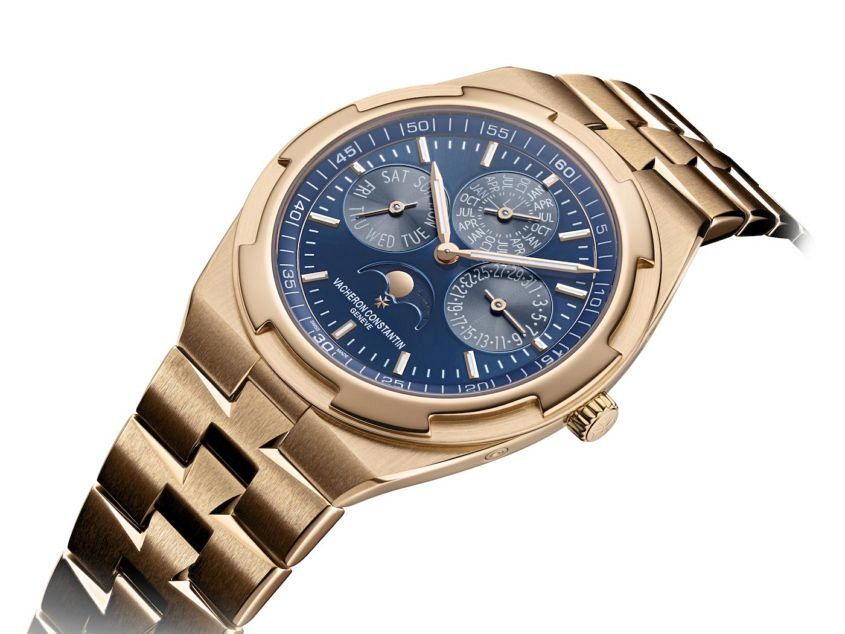 There’s just something about this combination of rich navy dial, pink gold and heavy brushing of the bracelet and case, contrasting with the mirror polished Maltese Cross cutout bezel that sears into the mind. And that’s before you’ve even comprehended the svelte profile and all that it houses within. When I first saw it, in the Watches & Wonders version of Watch & Chill, it seemed the ultimate realisation of the model. And I still feel that way, even with the openworked version now in the mix. Price: USD $88,500 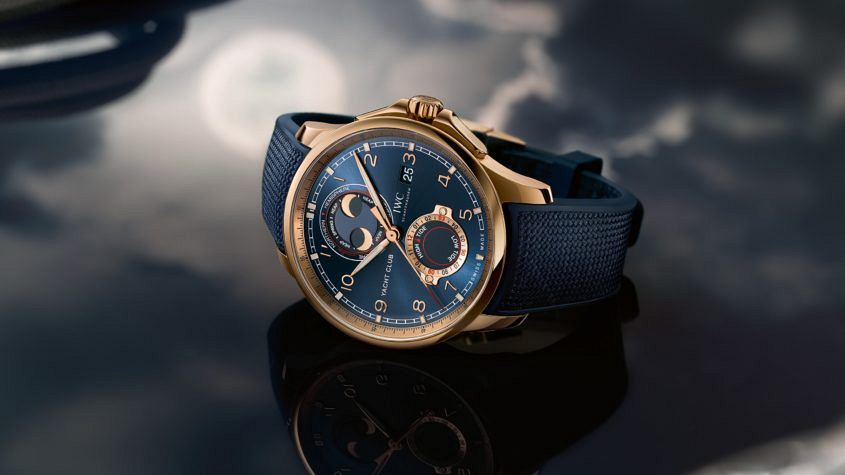 Handsome as all get out, and a first for this moon and tide-telling complication at IWC, but here because – fangirl moment incoming – the suave CEO Christopher Grainger-Herr has joked several times that “it’s the Time+Tide model”. Blush! Price: USD $34,000 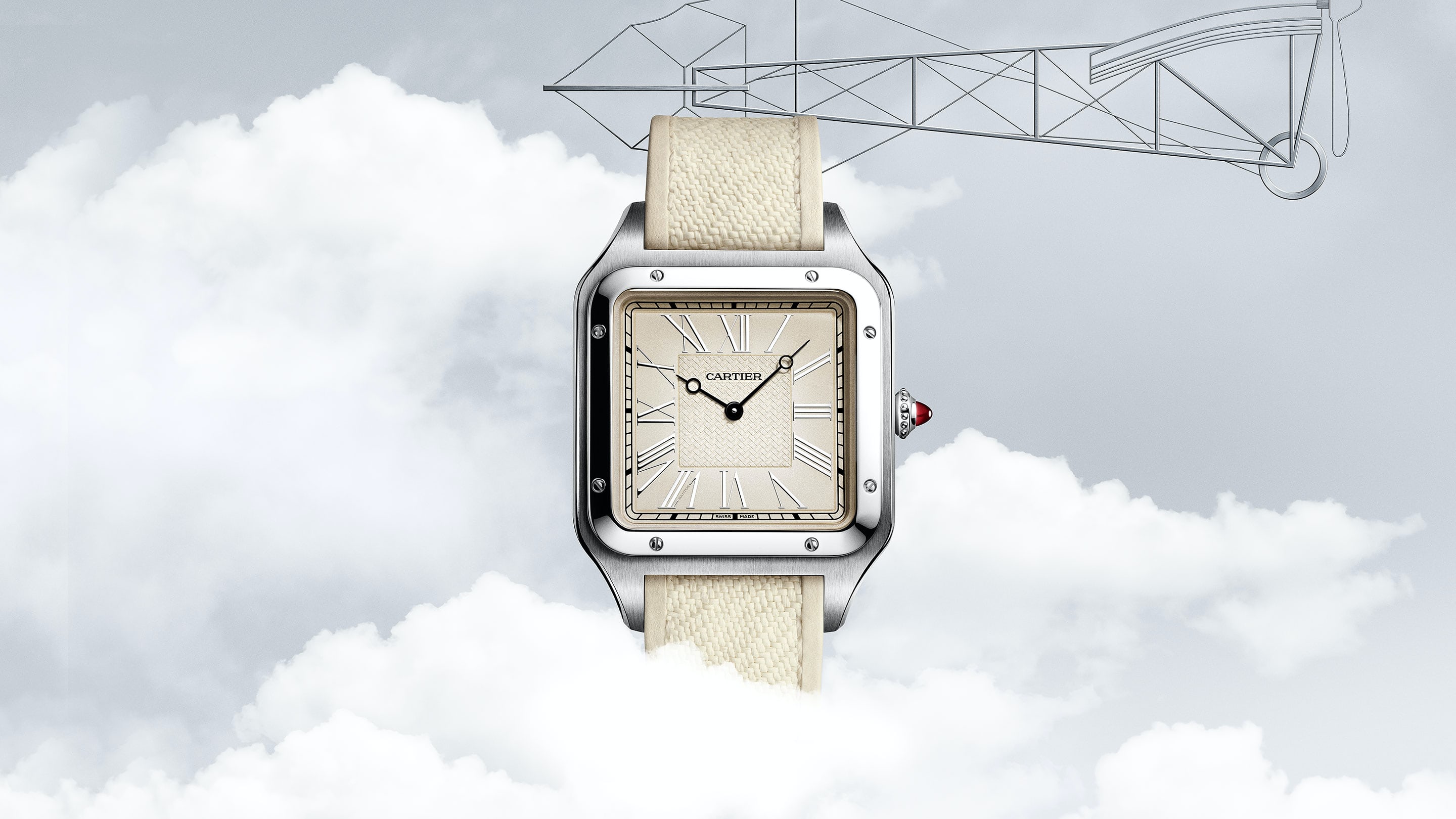 Cartier fans had their appetites whet in 2019 when the French founded firm launched the Cartier Santos-Dumont collection, affordably priced thanks to their quartz movements. Twelve months later Cartier dropped the mic with an extension to the Santos-Dumont line consisting of three new mechanically powered references and four very special limited editions. Of the limited editions my favourite is the Cartier Santos-Dumont “La Demoiselle” in platinum. The woven pattern on the dial and strap is inspired by the Panama hat of Brazilian aviator Alberto Santos-Dumont, a friend of Louis Cartier, and is named after one of the South American’s aircrafts. Platinum is a metal that Cartier reserves for their most special watches, and while it is limited to only 30 pieces, embodies the most elegant elements of Cartier watchmaking. Plus, the ruby cabochon in the crown is to die for. Price: USD$43,600. 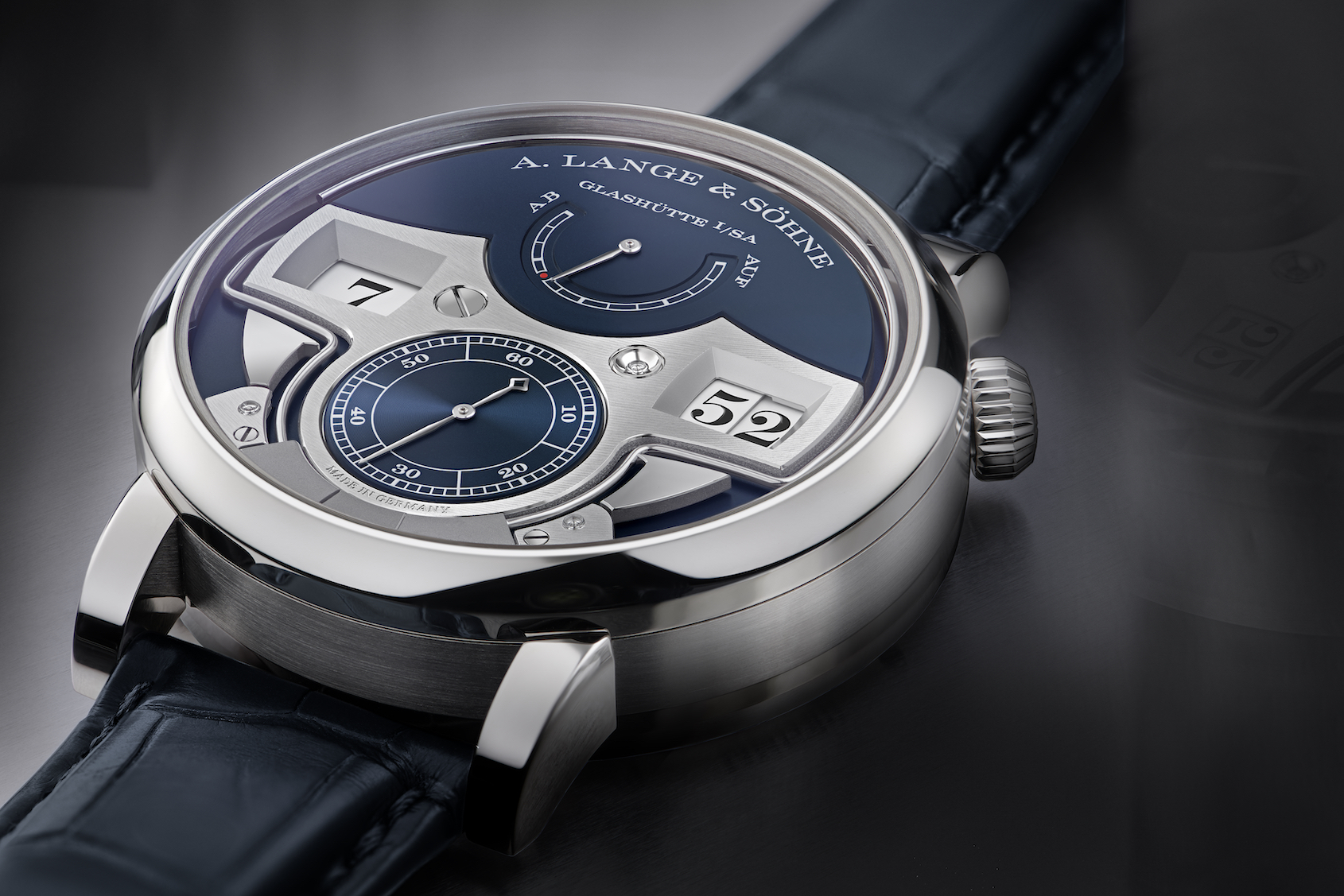 German watchmaking doesn’t get the credit it deserves sometimes. Take the new A. Lange & Söhne Zeitwerk Minute Repeater for example. Cased in 44.2mm of white gold, it offers two different ways of telling the time, neither of which use hands to communicate. The digital time display is, as you would expect from A. Lange & Söhn, wonderfully proportioned to include a large seconds subdial and power reserve indicator, all set into an enchanting blue dial. Under the hour and minute displays are the two minute repeater hammers, that sit poised to strike against the gongs that are also visible on the dial. Technically impressive, and visually striking. Pardon the pun. Price: €449,000. 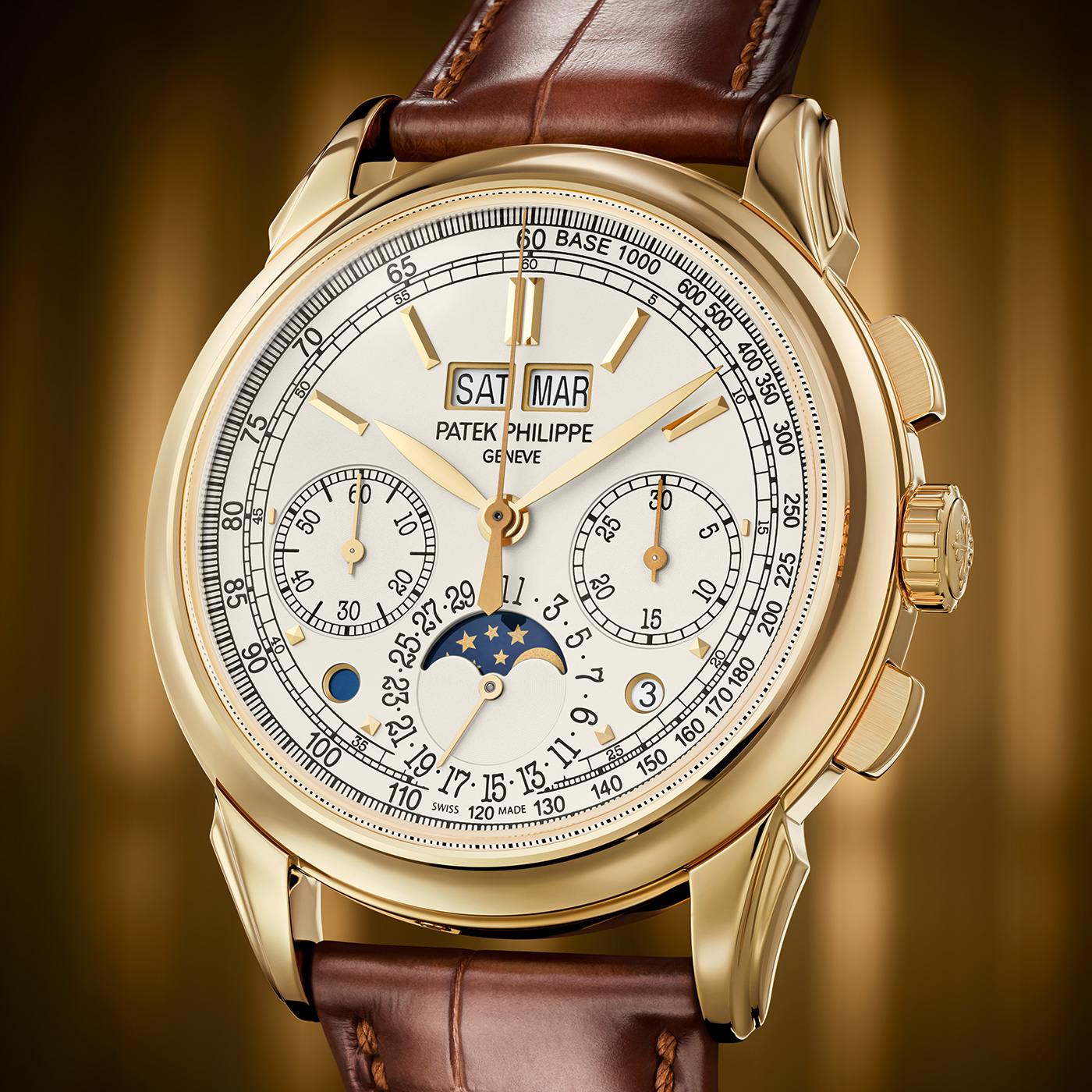 In a year of uncertainty, Patek Philippe was poised to cancel their 2020 novelty releases after needing to close their factory due to the global pandemic. But to the delight of the watch world, the Genevan watchmaker was able to release a number of new references this year, including the Patek Philippe ref. 5270J Perpetual Calendar, in yellow gold for the first time. It is a reference that has appeared in a number of different precious metals since it was debuted in 2011, however the release of the ref. 5270 in yellow gold feels like a return to the classicism that the brand is known and loved so well for. Perpetual calendar chronographs are an important part of the history and identity of Patek Philippe, and the 41mm ref. 5270J is a continuation of that journey. Price: USD$168,970. 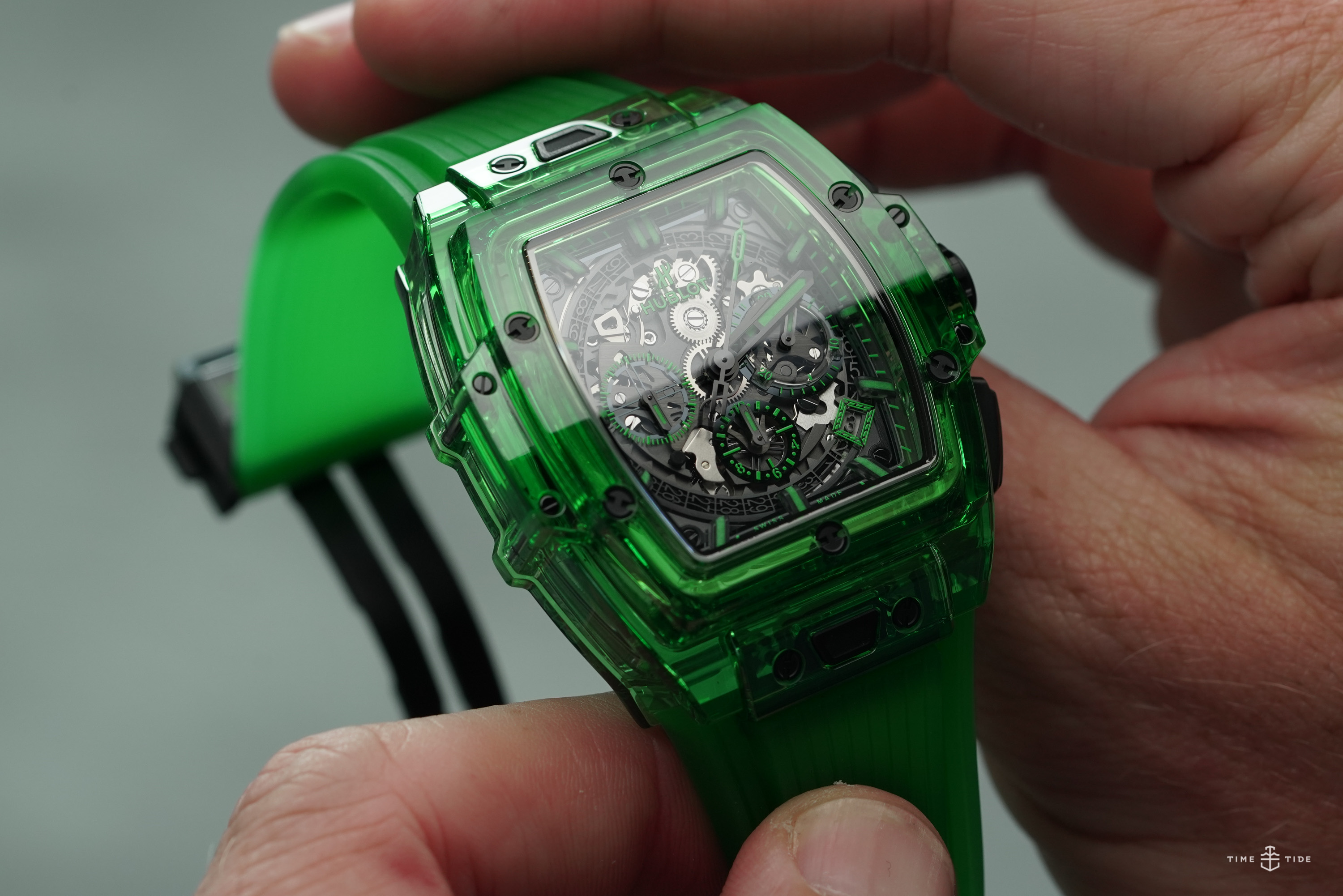 To kick off my fanatasy $1,000,000 let’s start with a fun watch sure to make onlookers green with envy. The Hublot Big Bang Saxem is a watch that has a lot of tech packed into its case and movement (based on the famous Zenith El Primero framework). Few other brands have mastered the art of sapphire cased watches. Hublot, a pioneer in the field, has certainly mastered the material – having gone so far as creating a uniform green color with a brilliance greater than a standard sapphire. Price: USD$116,000.

I mean… do I even have to explain this choice? As I am typing this, I am summoning all my willpower trying not to drool on my keyboard. This is how class and complication come together. While there is a lot of functionality packed into this watch, it still manages to have a clean aesthetic that is highly readable. This is a stealth complicated watch. Only when explained to the uninitiated with a flip over to the frosted gold city of gears and beveling behind its exhibition caseback does it become clear just how much of a powerhouse of horology this watch is. Price: USD$134,000. 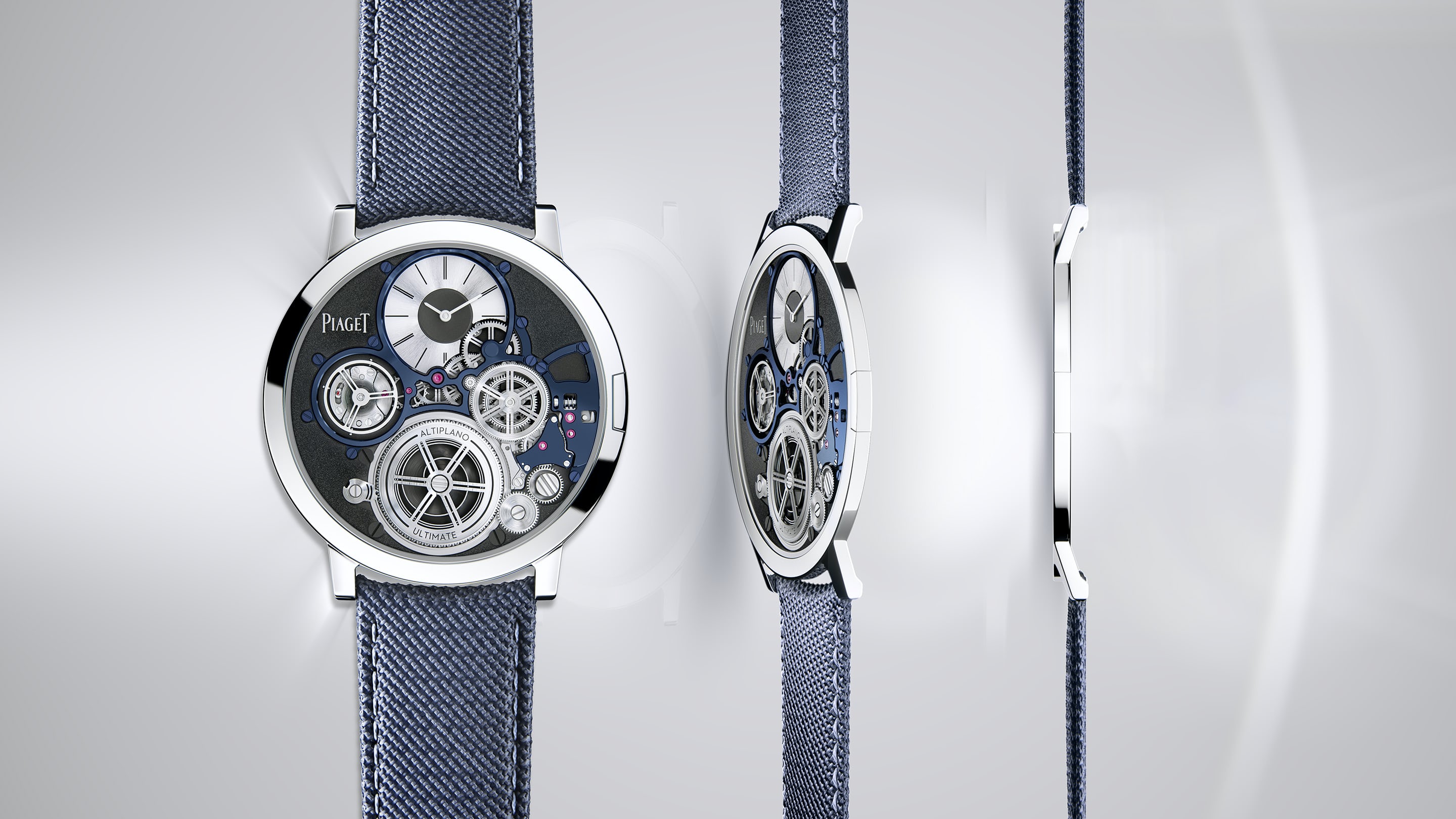 As a former employee of Piaget, I have a huge soft spot for the brand and their (quite frankly underrated and underappreciated) creations. The Ultimate Concept is in my mind the best release of 2020. It is the world record holder for the thinnest watch at a mere 2mm, thinner than most brands ultra thin movements! What’s equally incredible as this watchmaking feat of ultra-thin horology is the level of ultra customization. According to Piaget there are over 10,000 possible configurations for the watch, which can be designed bespoke to the purchasers request. Wow. Just Wow. Price: Approximately (depending on configuration) USD$400,000. 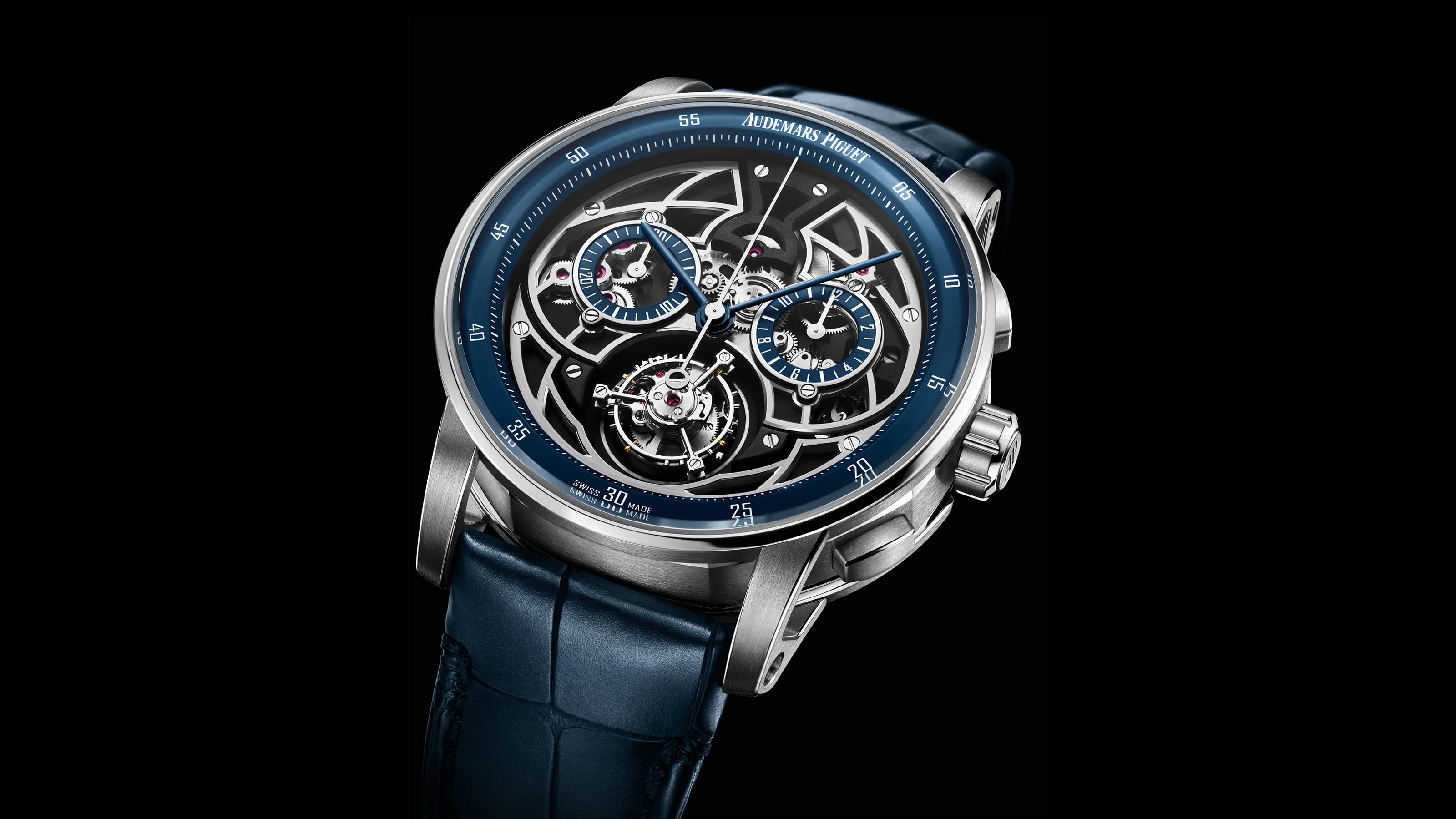 When we are talking this kind of money, it makes sense to scratch the tourbillon itch. While technically an unnecessary wristwatch complication (wise words from Philippe Dufour) the truth is as watch enthusiast we are all enamored at the lengths brands will go to create unnecessary features and functions in the name of art and high horology. This flying tourbillon from Audemars Piguet puts the holy in holy trinity. It’s just gorgeous. Absolutely gorgeous craftsmanship and mechanics. Price: USD$263,300. 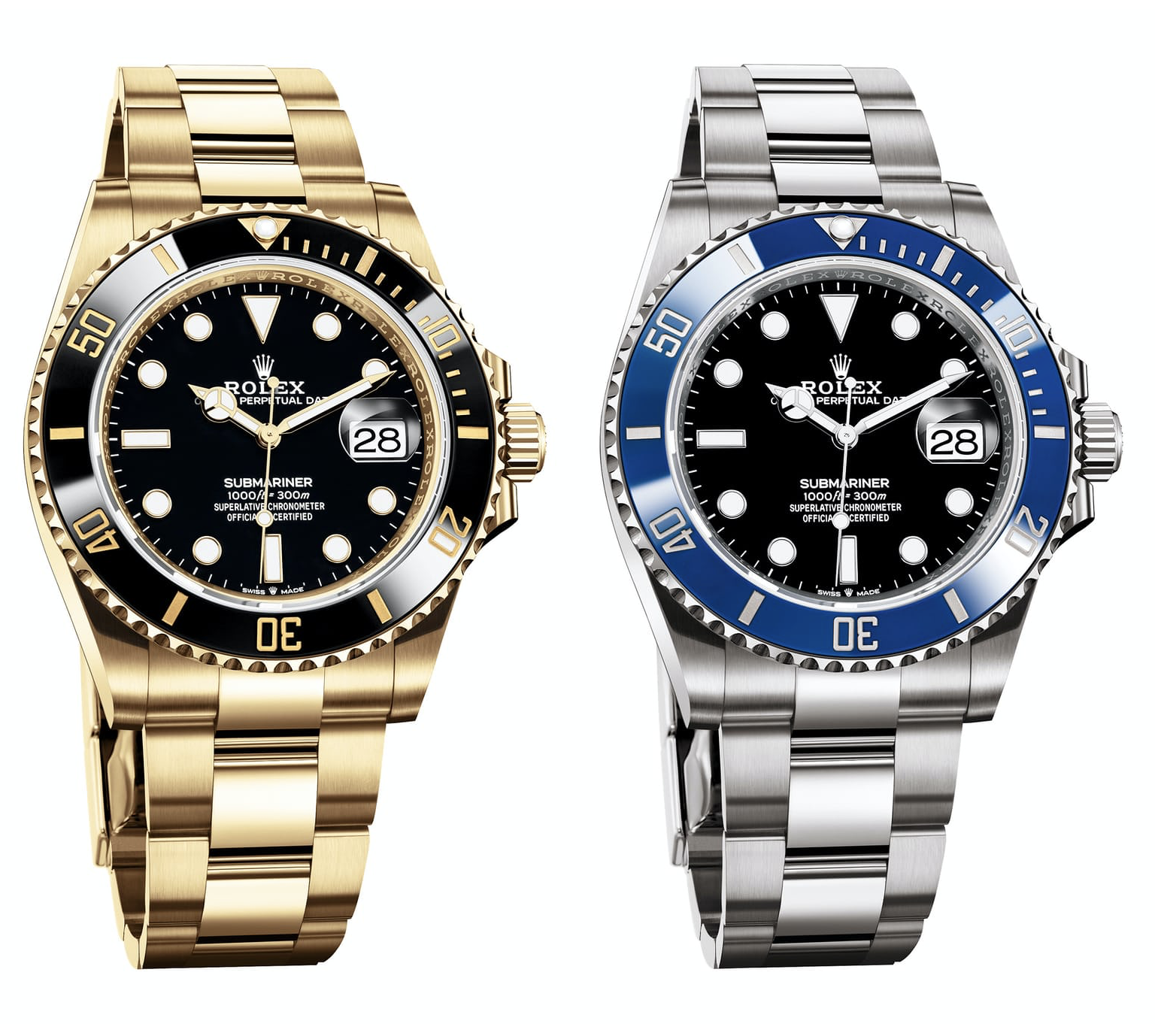 Every collection needs a daily wearer ready to take on the dives into a cluttered desk or the crashing waves of the ocean. By having not one, but two, precious metal submariners I can go the stealth route in white gold, or straight up sport flex with the yellow gold version. While different in tone, both are among some of the toughest watches in the industry and have been dominating wrists since 1953. Price: USD$36,950 (yellow gold), USD$39,650 (white gold). 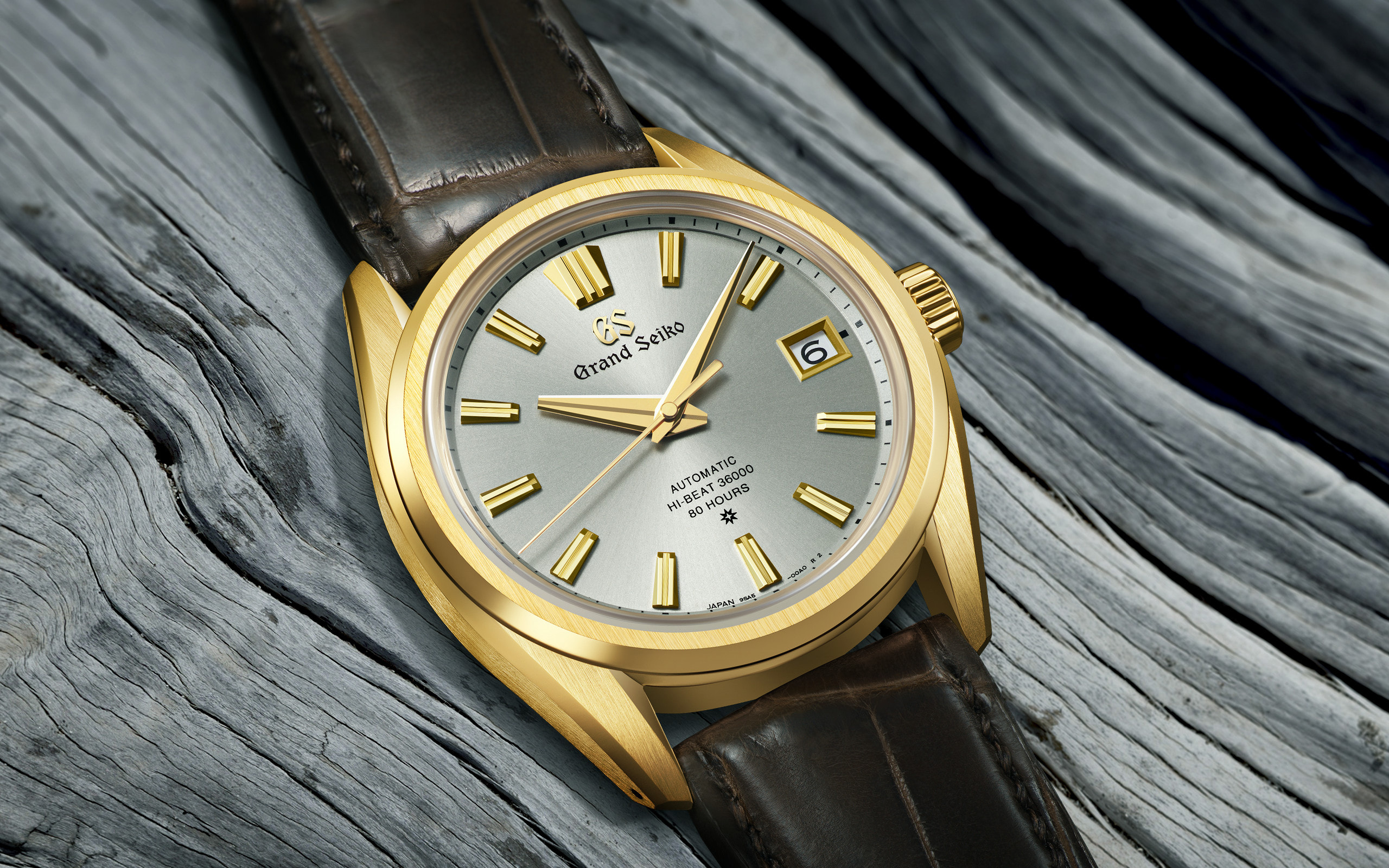 A perfect size of 40mm, the chunky case of Grand Seiko here rendered in 18K yellow gold with a silver dial. A perfectly proportioned reminder of the quiet beginnings of Grand Seiko in 1960, with the perfect case work in brushed and Zaratsu polished yellow gold. Perfection comes in small packages, with a Hi-Beat heart. Price: USD$53,270. 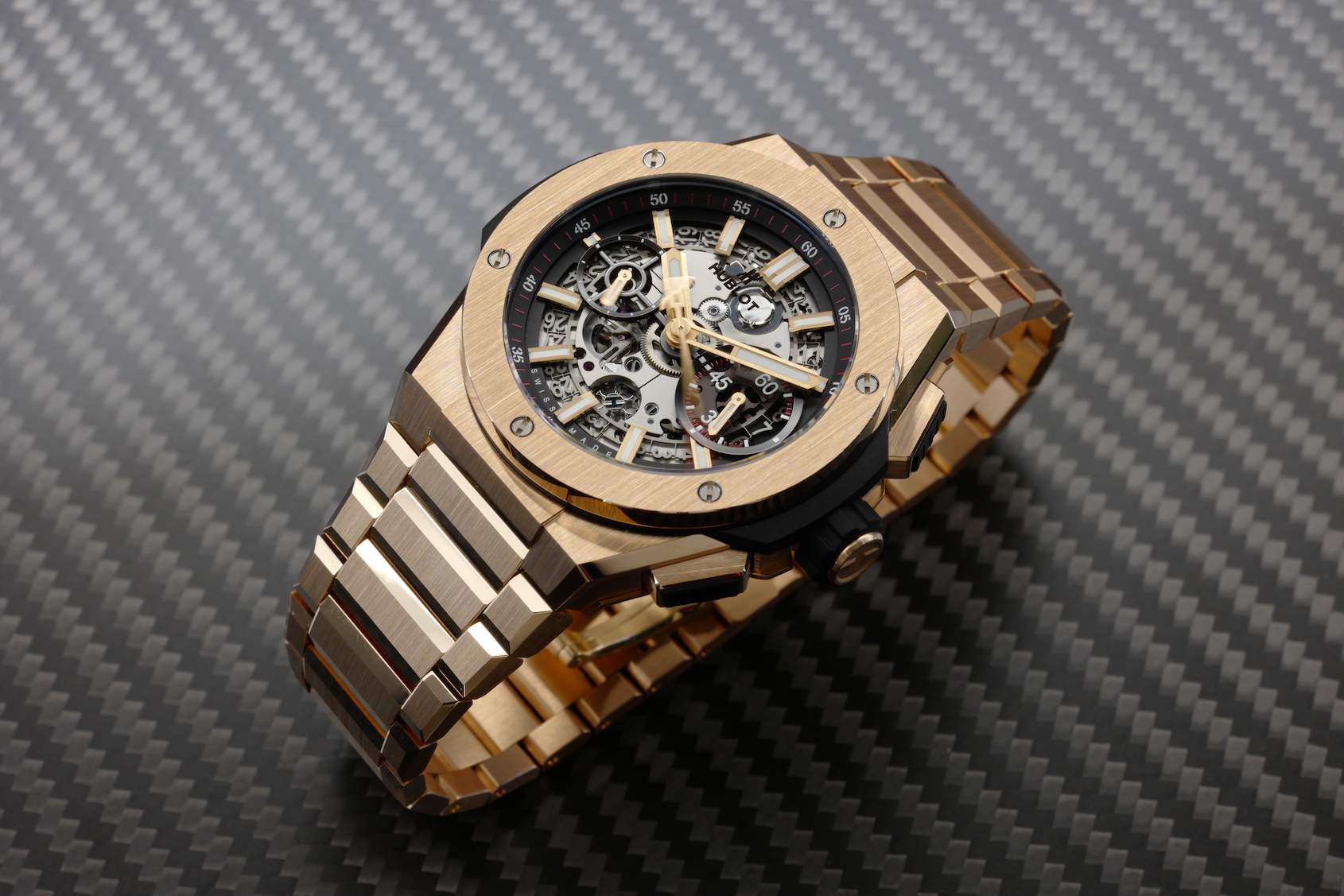 A sports watch in solid gold, a slightly idiosyncratic, beautiful and functional legible chronograph. Tough in appearance yet in the warm tones of Hublot’s own alloy, consisting mainly of platinum. Hublot dazzled us this year with the Integral series – this one being bright of lustre yet tough enough for anything, and now it could be mine… Price: USD$53,483.

The One – Greubel Forsey Handmade One 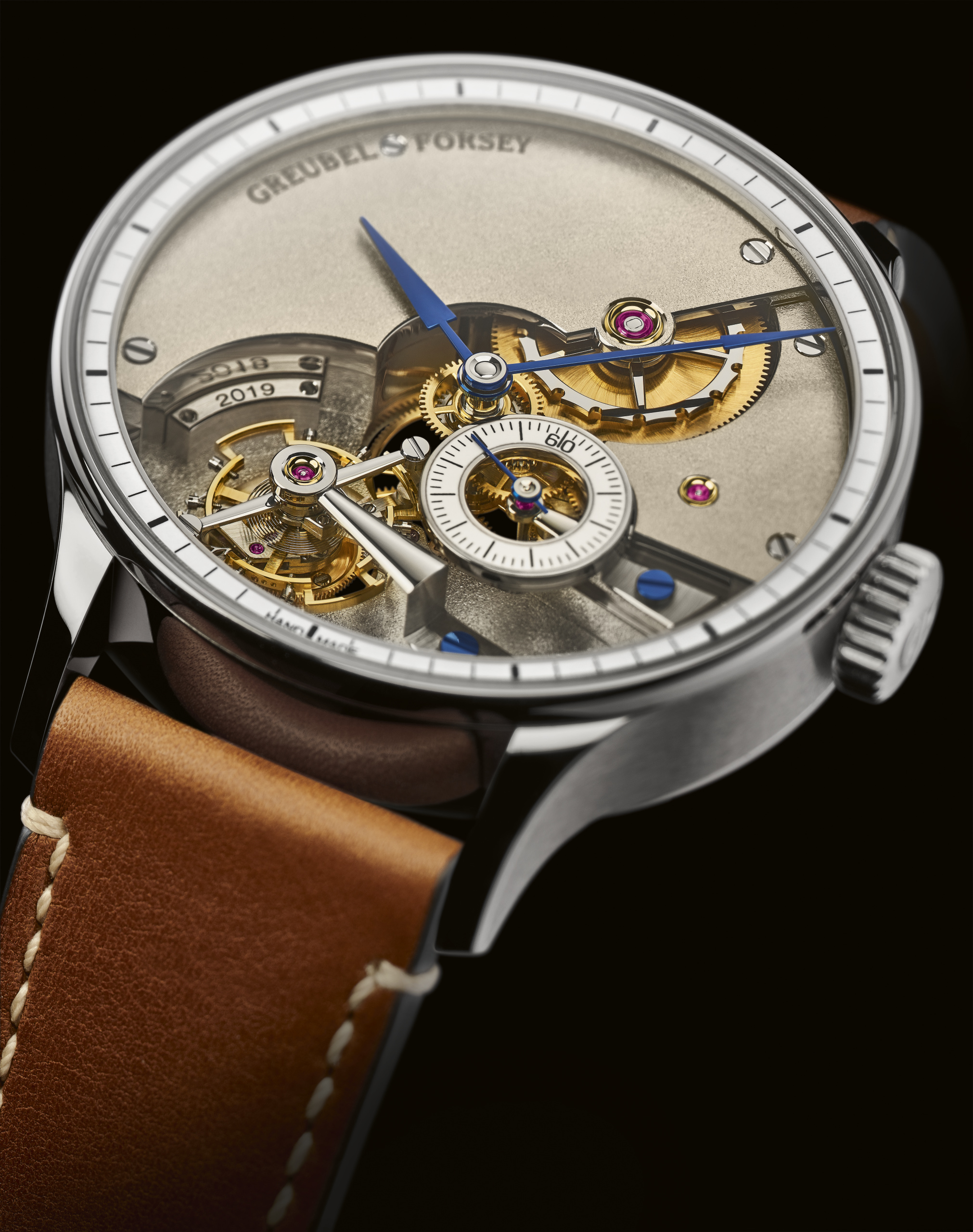 The One for me would the eponymous Greubel Forsey Handmade One. There is but One, so does three ones maketh the perfect purchase? Well, this is not for sale, or has a price, so my first two choices were strategic enough to leave me with USD $693, 247 to beg Stephen Forsey, or create the Handmade Two, I remain optimistic. A modern masterpiece of high horology handmade and redefined. Price: USD$693,247 to bargain with Mr. Forsey. 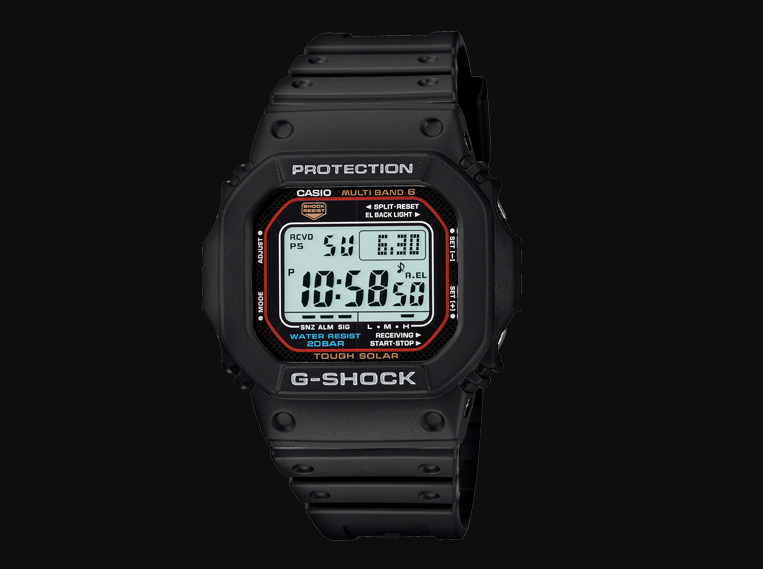 Yes, my conscience got to me. It seems fairly ludicrous – though thrilling to spend all this on myself in 2020. So for my remaining USD$200,000 I will buy 1428 of the tough Casio G-Shock GWM5610-1, its tough case and resin band being tough enough for any environment. The humble beginnings of a foundation that I would launch, Watch & Learn, for school children in developing countries being given their first watch. One thousand, four hundred and twenty-eight is then reduced to a small number, but meant to incite something much larger than me and my horological interests. Price: USD$140 x 1428 = USD$199,920.