Let’s not mince words. Watch and carmakers have been jointly responsible for some very, very lazy collaborative timepieces. I won’t pick on too many examples … but to say that some of Ferrari’s early efforts with Panerai and Girard-Perregaux lacked imagination would be a gross understatement. 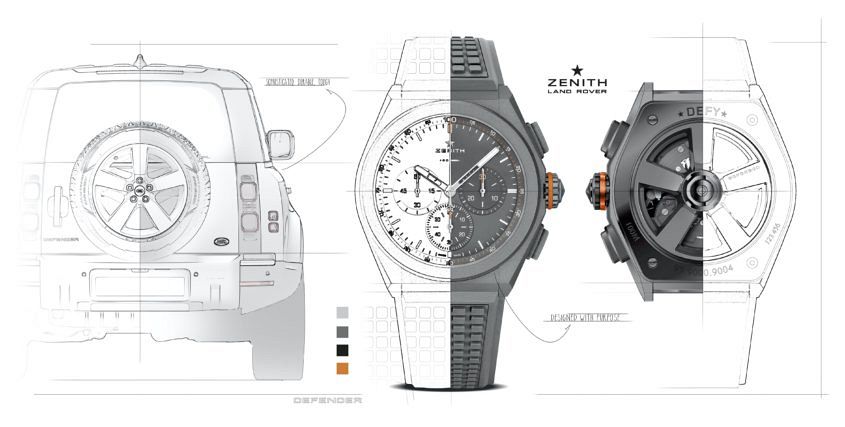 The Prancing Horse turned it around though – Maranello’s latest limited edition timepieces made in conjunction with Hublot have been wonderful. In fact, it could be argued that Ferrari and Hublot’s collaborative efforts have set a new benchmark for what the automotive and horological industry needs to create moving forward. The key, it turns out, is good old elbow grease. 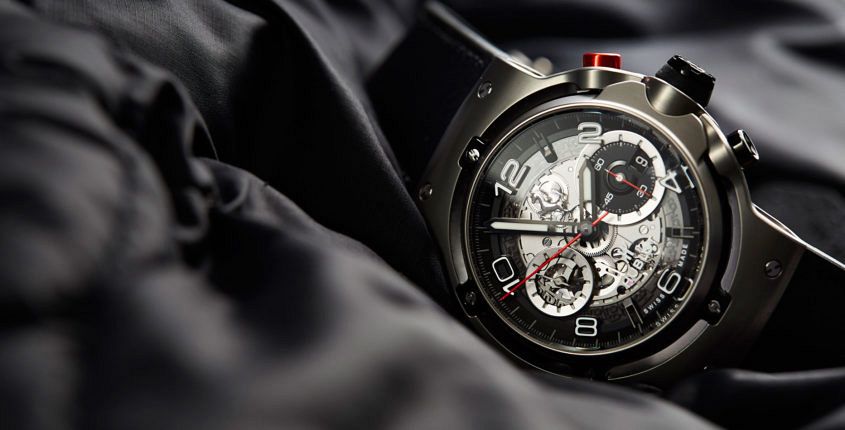 The Hublot Ferrari Classic Fusion GT designed by the “Centro Stile Ferrari”, which sounds so much sexier than the “Ferrari Design Centre”, visibly draws inspiration from the GT and was designed and crafted in the Maranello workshops. It’s not just PR hype. You can see the work. It’s a huge leap forward for the Big Bang, and we are on record as loving it since the day we laid eyes on it. 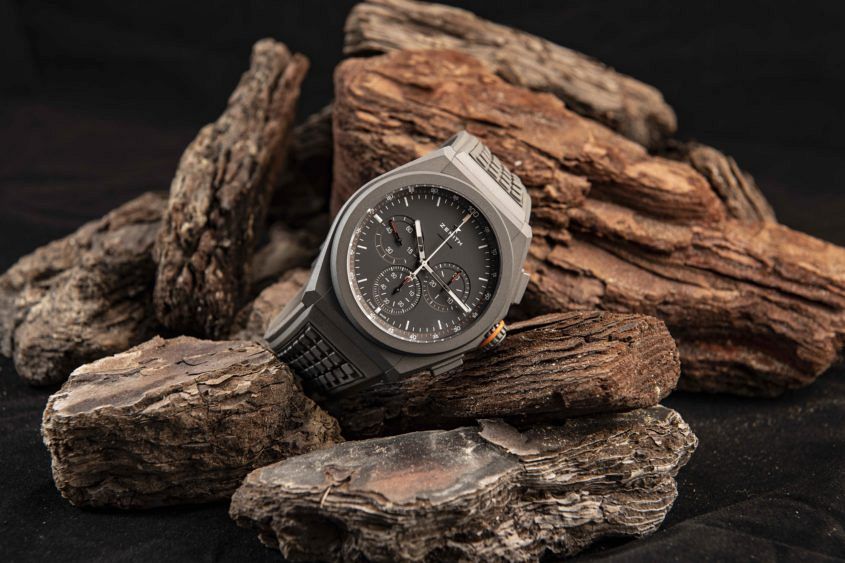 And now Zenith has entered the fray with Land Rover to create a new, limited edition timepiece that honours JLR’s latest off-roader, the all-new Defender. And it meets the grade. This is a great-looking watch and, much like the Classic Fusion GT, it’s succeeded where so many others have failed because it’s been thoughtfully and cleverly designed. You can see the elbow grease. The Defender is in the details. Want proof? Here are five ways the new Zenith Defy El Primero 21 Land Rover has been inspired by the carmaker: 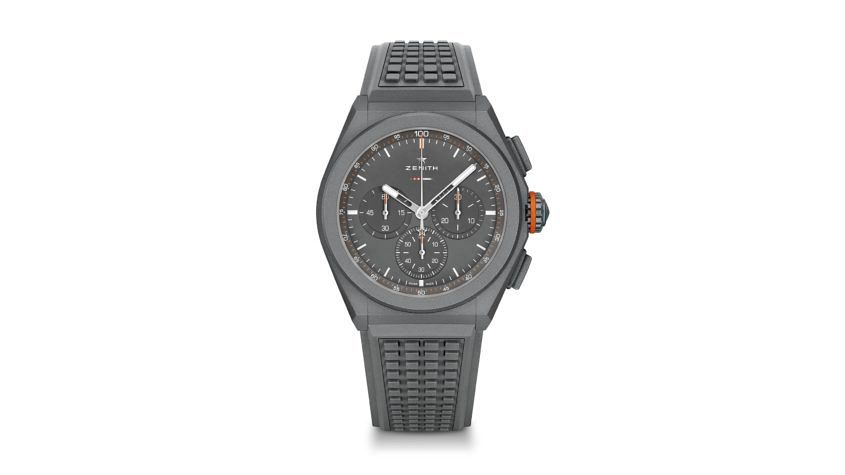 One of the biggest talking points of the new Defender when it was unveiled last year was its ingenious new paint protection. Dubbed the “Satin Protective Film”, this multi-layered polyurethane-based wrap is brilliant at, well … defending the off-roader’s metallic paintwork. But that’s not all it does. It also gives the whole car a strikingly satin finish, one that we’ve not seen before from a factory Land Rover. And that’s exactly what the Zenith Defy El Primero 21 Land Rover’s tonneau-shaped 44mm case has tried to mimic – this gorgeous satin finish. The Swiss watchmaker has been able to achieve this by micro bead blasting the slate grey titanium case, and you’ve got to hand it to them, the resemblance is uncanny. 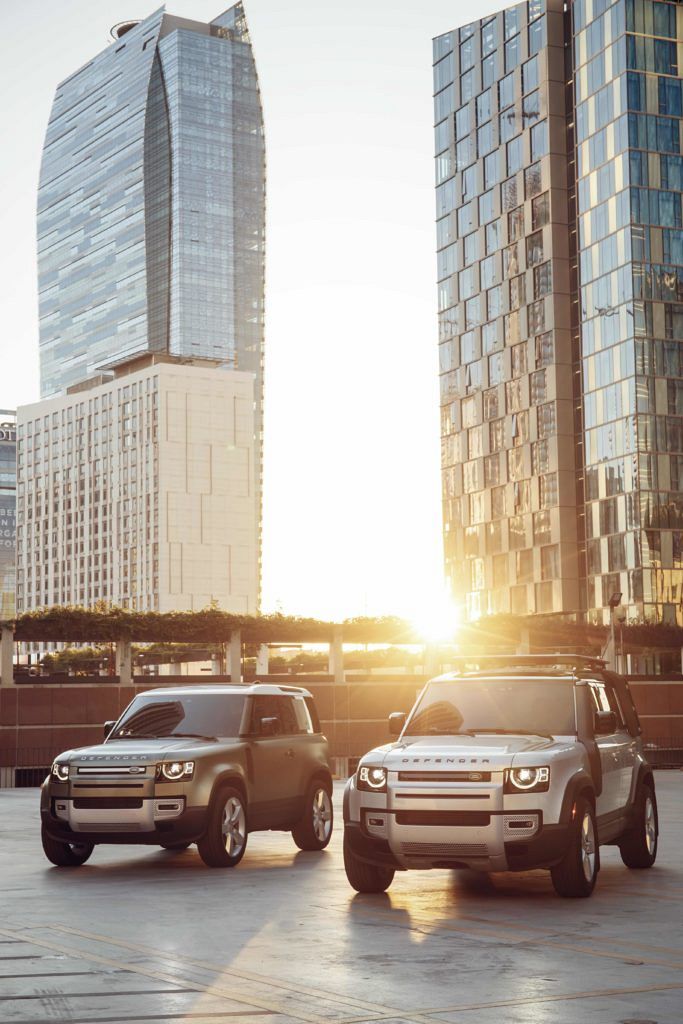 The new Defender is a stealthy and rugged-looking thing – it doesn’t have the pomp of a glitzy G-Wagon or Bentayga – it just offers supreme utility and unfussy aesthetics. Likewise, the interior, clock faces and dash readouts espouse this no-nonsense notion: simplicity, legibility and ease of use are king. These reasons have dictated why the dial of the Defy El Primero 21 Land Rover looks the way it does. It doesn’t have a skeletonised face like the rest of the Defy El Primero 21 collection. Instead, it makes do with a velvet-finished, slate grey dial that complements the satin accents of the case. And the power reserve indicator, normally a theatrical-looking, curved display, has been replaced with a minimalist linear readout. And all the numerals on the dial, whether they be the 100th/s track around the dial’s edge, or the three sub-registers, all display the exact same font that you’ll find on the Defender’s various displays.

And all the numerals on the dial, whether they be the 100th/s track around the dial’s edge, or the three sub-registers, all display the exact same font that you’ll find on the Defender’s various displays. 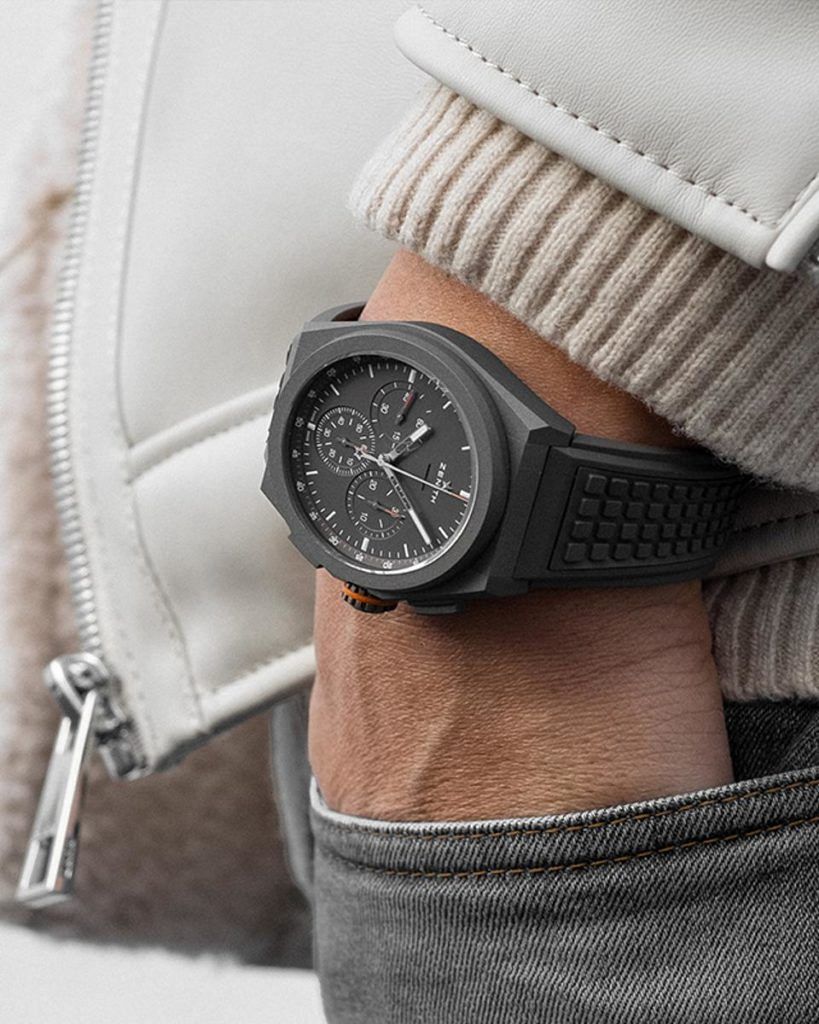 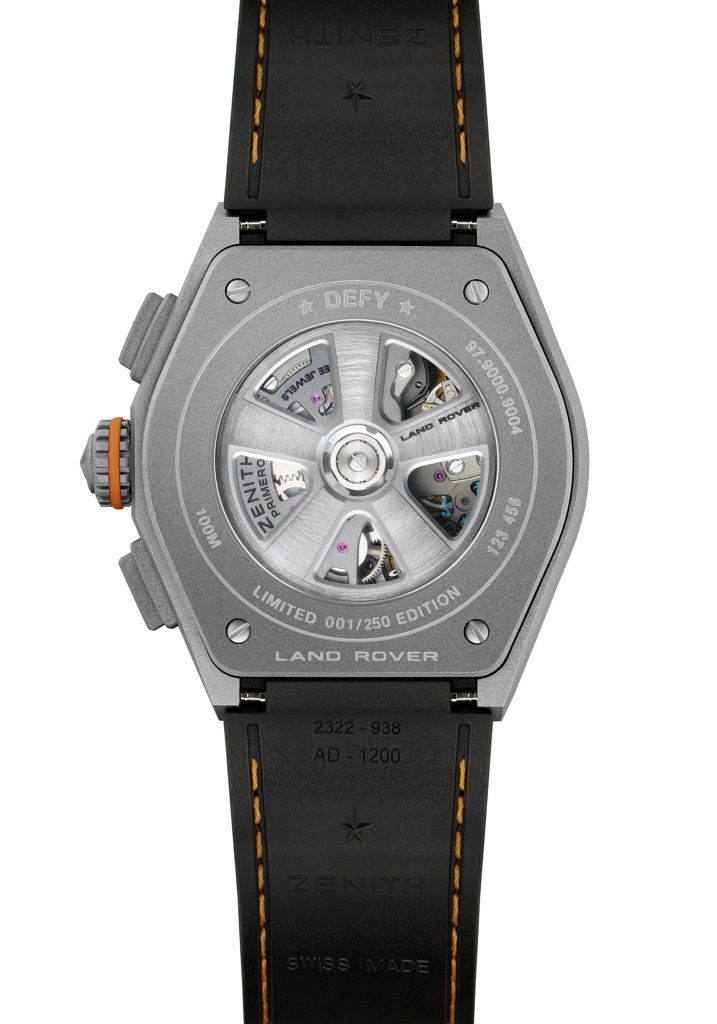 Like the rest of the Defy El Primero 21 collection, the beating heart of the Land Rover Defender limited edition is Zenith’s manufacture caliber El Primero 9004. We already know that this is an awesome automatic chronograph movement, capable of measuring time to 1/100 of a second. What makes the El Primero 9004 movement in this watch different, however, is its oscillating weight. It’s completely bespoke, and has been designed to stylistically look exactly like the five-spoke alloy wheels you’ll find attached to the Defender, complete with “Land Rover” engraved into one of the spokes. This is a really nice touch from Zenith and, thankfully, as a result of the caseback being anti-reflective sapphire crystal, owners can admire this unique feature. 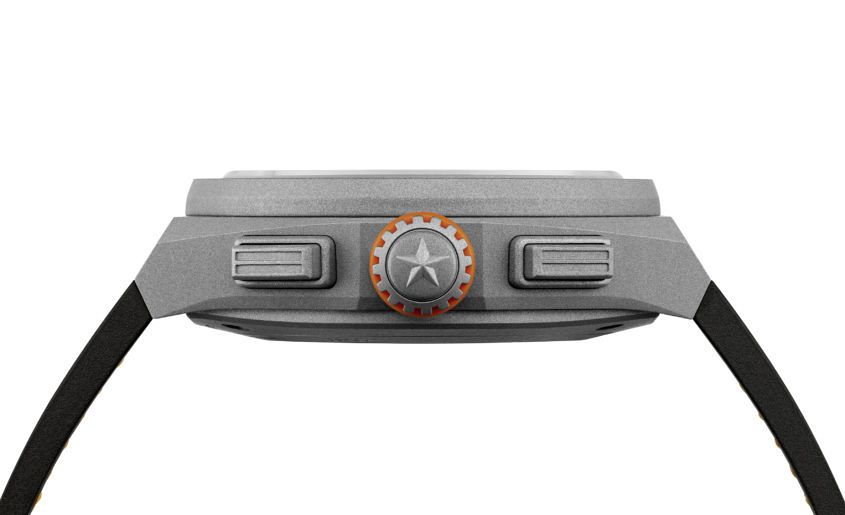 Another part of the Defy El Primero 21 Land Rover that mimics a characteristic of the Defender is its crown. Big and bold, with an orange washer in its centre that ties in well with the other bright orange accents found on the rest of the watch, the heavily textured crown is unmistakably styled to look like an off-road tyre. Once again, Zenith has done well here – this very easily could have come across as kitsch, but it hasn’t; it’s another subtle nod to the vehicle that works. And interacting with the crown is mighty satisfying thanks to its textured tactility.

I know, this rubber strap isn’t strictly a bespoke feature of the Defy El Primero 21 Land Rover, you can get the same design on other iterations in the range. However, the colour certainly is unique to the limited edition watch and, much like the aforementioned crown, thanks to the tonality of the strap looking almost identical to the dark grey rubber of a tyre, it does tie in well with the automotive theme.

Summing up, Zenith has been very clever as to how they’ve gone about designing the Defy El Primero 21 Land Rover. It could have looked like a gaudy pastiche, but it doesn’t. In fact, it’s probably my favourite example of the collection so far, and the lucky 250 individuals that have got their name down for one won’t be disappointed.