Editor’s note: The other week I met up with a globetrotting friend from the internet (it happens more often than you might suspect), and on his wrist was the Tudor Black Bay GMT. It looked great, and more than that, old mate actually wore it travelling (as opposed to his vintage Rolex GMT), because it could: (a) handle the rigours of the road, and (b) he wasn’t constantly paranoid about scratching it. And really, isn’t the best travel watch the one you actually travel with?

Since their dramatic reboot in 2012, Tudor has continually upped the game. From the original Black Bay, to the development of in-house movements, new case materials, and complications like the chronograph, every year brings a new surprise. Based on this track record, I’m always excited to see what Tudor will do next with the Black Bay, not least because of the element of brinkmanship at play. Well, this year Tudor outdid themselves once again with the Heritage Black Bay GMT. 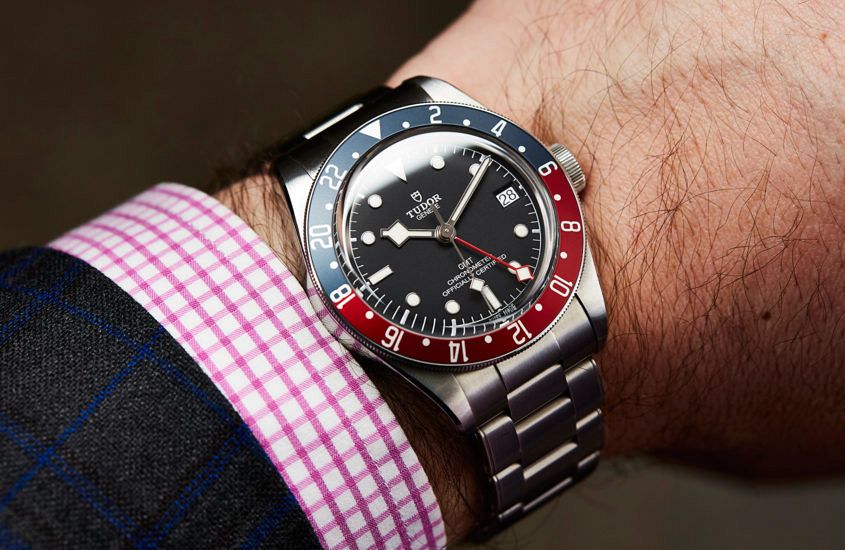 It’s a hot watch. Not just because of its obvious good looks — I mean, just look at that bezel — it’s also an extremely high-quality offering, which can be said for all Tudor’s pieces, and it’s also technically impressive, with its brand new ‘true’ GMT. Really, it’s the complete package. Classic style, quality build and a compelling price. What’s not to like?