Geneva watch auction season is rolling around again, and one of the stars of the show is this watch, a 1989 Rolex Daytona in gold. It’s being auctioned by Phillips, at their Geneva Watch Auction: Nine, on May 11 and 12. 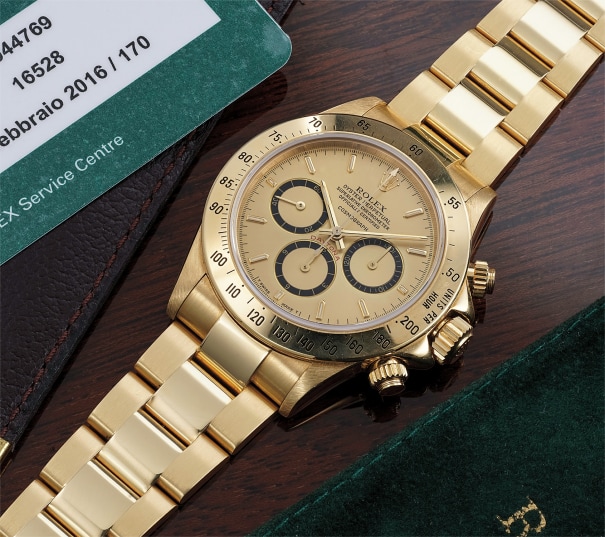 From the dial side, it seems to be a stock standard reference 16528; in good condition, sure, but nothing super special. Turn it over and it all begins to make sense.

This watch was a gift from Ayrton Senna, one of Formula 1’s  most gifted racers, a man who died tragically on the track in 1994. It was given to Angelo Parrilla, the man credited with ‘discovering’ Ayrton in the karting scene and mentoring him in his early career. And, unlike many relationships in the turbulent world of racing, the friendship between Senna and Parrilla remained strong. 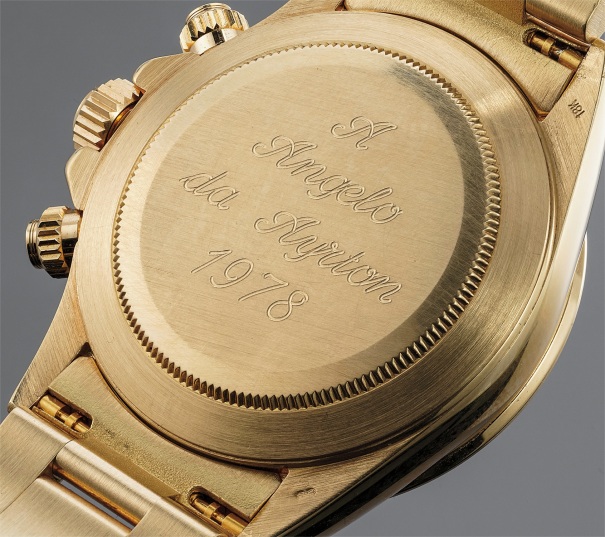 Senna gifted this watch around 1990, when he was at the top of his game (he won world championships in 1988, 1990 and 1991), and it’s a first-generation automatic Daytona in gold, using an El Primero base movement. In addition to all the paperwork you would expect of a watch at this level, it comes with some racing paraphernalia, including a signed face guard from Senna’s helmet. 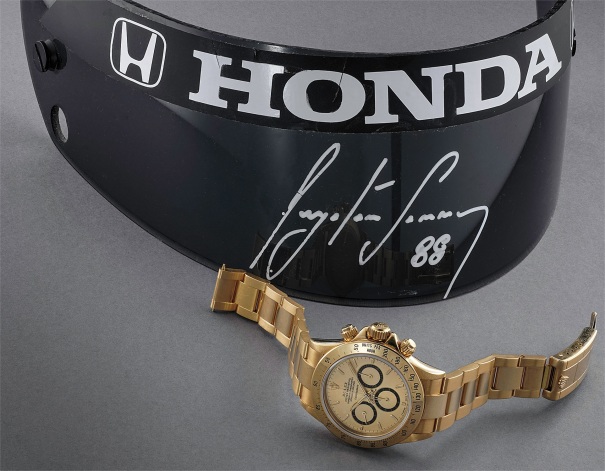 Rolex plus racing is a powerful combination, and Ayrton Senna is one of the most-loved racers of all time. This, plus the generally strong condition of the watch, adds up to an interesting lot. It has an estimate of 100,000 – 200,000 CHF, but it could easily fetch much more if the room is right on the day.

For more details, head to Phillips.