Editor’s note: We could always tell by the way the Omega Seamaster Railmaster ‘Blue Denim’ used its walk that it walked a fine line between a strong look and something else. The winds of sartorial change have changed direction since it was first released in 2018, with Levi’s recently re-releasing their ‘Engineered’ range, 20 years after it was first introduced in the ’90s. Where does that leave the Omega Seamaster Railmaster ‘Blue Denim’? Well, ‘double denim’ was once a fashion crime. It was a simple dressing rule that would help people avoid ridicule in public. For example, should I wear this denim shirt with jeans? No mam, change it out for cotton. Should I wear this denim jacket with a denim shirt? Not unless you are a real-life cowboy, sir. But fashion is mercurial, and what was once a laughing stock can become legendary in the simple changing of a season. Where does it stand, now? Is it the long-lost link between workwear and watchmaking?

The story in a second: Workwear meets watchmaking in Omega’s latest colourful take on the Railmaster. 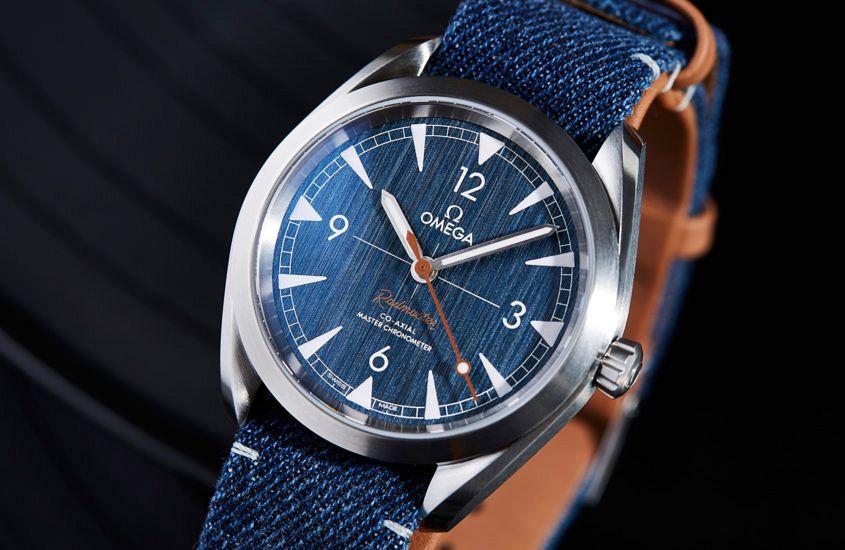 One of last year’s most compelling releases from Omega was the revamped Railmaster. This new take on an old favourite offered a winning combination of old-school looks, everyday wearability and a movement with some serious chops. Initially offered in more conservative silver and black brushed dials, we all knew that the day would come when Omega offered some more colourful takes on the genre. Well, that day came recently, when Omega unveiled a new, blue Railmaster that was surprisingly textural. 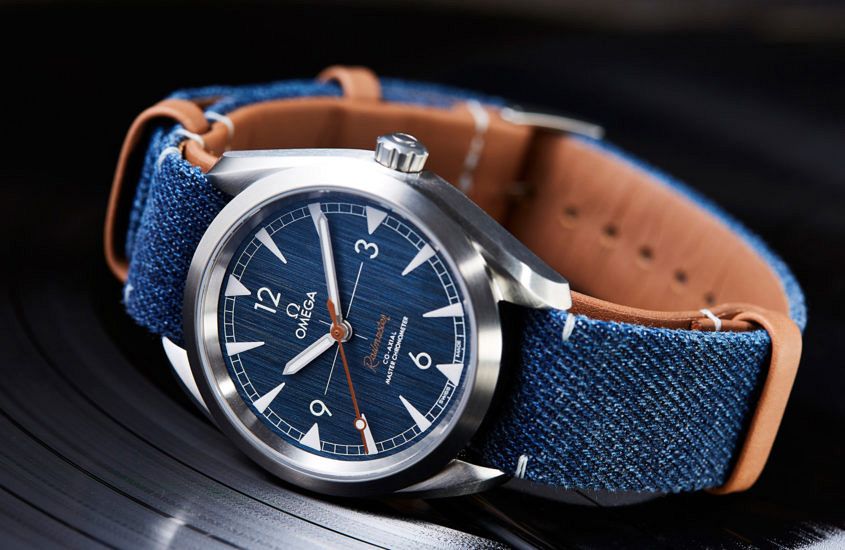 Clearly, this is the real talking point of the watch. Omega refer to it as a “blue jeans” dial, and the combination of the indigo colour and vertical brush finish really does combine to create something that looks like an old pair of Levi’s. The Railmaster text and lollipop-tipped seconds hand are in a browny-beige, inspired by the contrast stitching of classic denim. One notable change from the previous Railmasters is that this version eschews the vintage-cream colour for the hour markers, in favour of a much fresher, light grey. Omega tie the choice of denim as an inspiration into the practical, tool-like/workwear origins of both the fabric and the original Railmaster. For me, though, the appeal is purely aesthetic. The blue is very blue, but the brushed finish ensures that it’s always changing and interesting to look at. 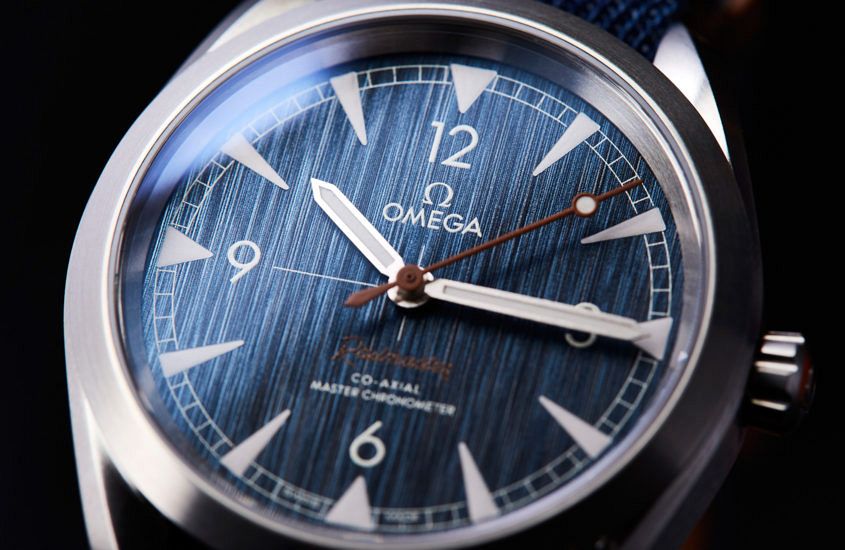 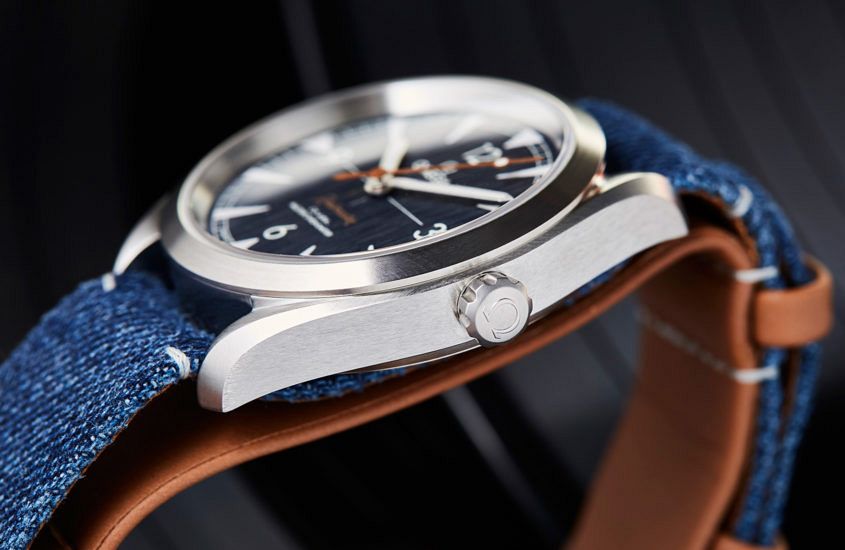 The 40mm steel case is brushed (just like the dial), and unchanged. The bold lugs, the conical crown, the heavily embossed Naiad Lock caseback — it’s all there. And while there might not have been any case changes, it’s still a strong, solid and eminently wearable offering. 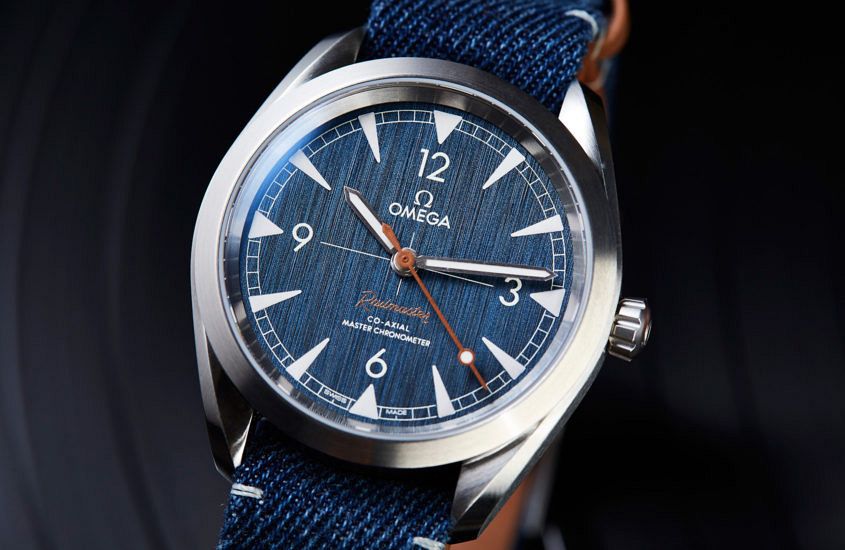 For many, the leather-backed denim NATO-style strap on this watch is the most controversial element. Not just because a blue fabric strap is, by its very nature, more polarising than, say, black leather. No, while people found the classic rich indigo blue an uncommon choice, what really raised eyebrows (my own included) was the sheer thickness of the strap. The fabric used for the strap is already a fairly heavy gauge, and onto that Omega has attached a lining of thin tan leather. Add to this the fact that this is a proper NATO-style strap, rather than a single pass fabric strap, and you’ve got a watch that sits very high on the wrist. If the watch was slightly larger, or the strap was a bund-style number, I think it would have worked better. But as it is, I think it’s too much strap for the watch. 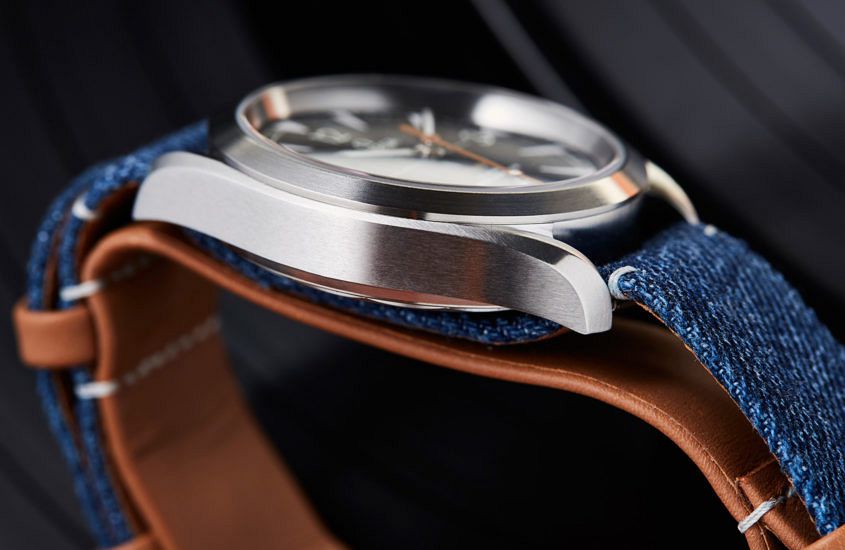 Having said that, it’s easy to change a strap. It’s also worth pointing out that this is a brand new strap, and it might soften up and thin down after a bit of wear. While I had the Railmaster in the office I popped it on a standard nylon NATO, and found it to be a completely different watch. Not just slimmer on the wrist, but also a more restrained look, as the blue dial wasn’t amplified by the blue strap. 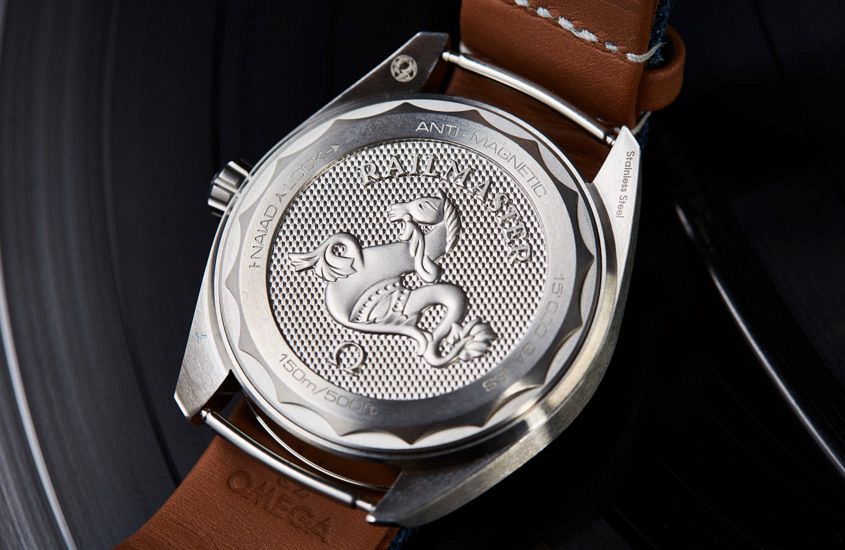 No surprises here, the Master Chronometer 8806 hidden inside the Railmaster is a real winner. One that lives up to the utilitarian roots of its namesake. 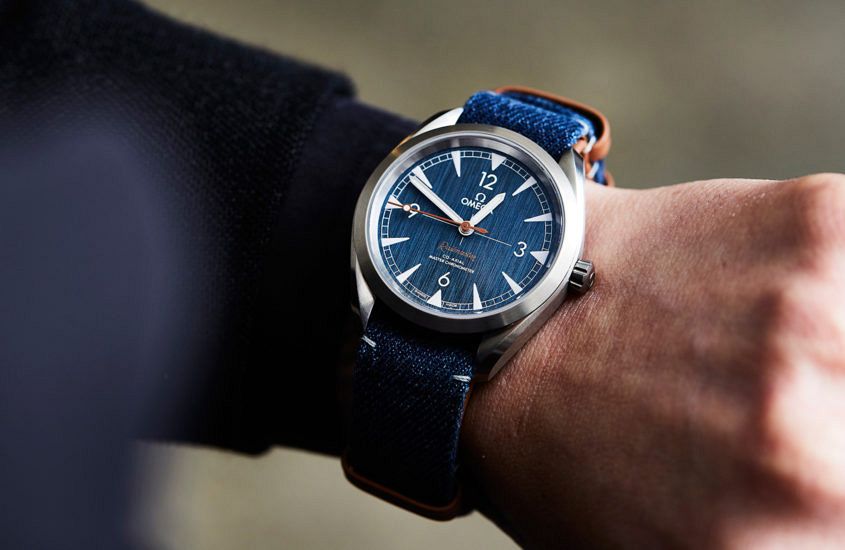 The double denim dial/strap combo is a strong look on the wrist, and one that lends itself to more casual looks. However, I found that on another strap, or (I’m assuming) the steel bracelet, that the blue dial in and of itself was far from overpowering, offering a flash of surprisingly understated colour. I quite like the subtle brown details, and the more restrained hour markers gave it a less self-consciously retro look. 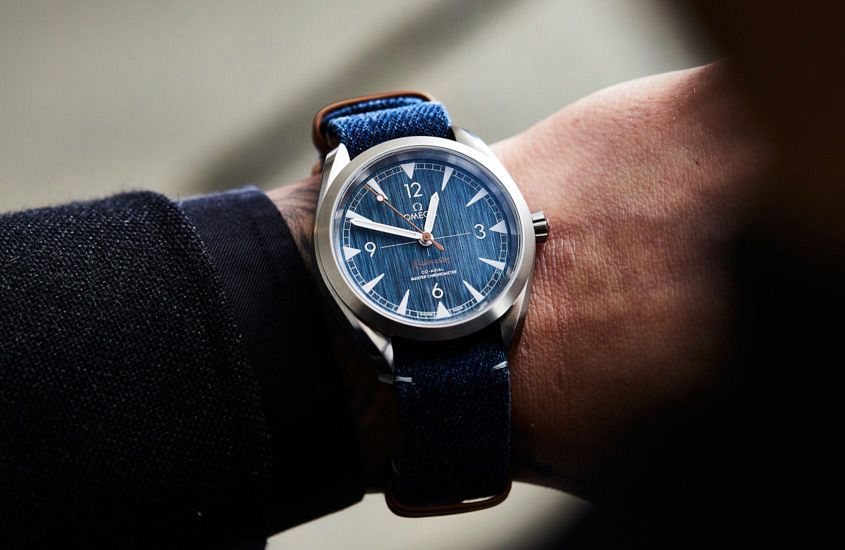 Omega make some of the best everyday watches out there, hands down. And this watch is no different. Sure, it’s not as safe as the black or even the silver dial options, but not everyone wants safe. If you’re looking for quality, colour and even quirkiness, this is well worth a look.

Oh, you think those obscure Japanese selvedge jeans are cool, check this out …

Fans of the Canadian tuxedo.

The strap. It’s a cool concept, but I think it would have worked better as a two-piece, like the herringbone option on the black dial.