“I haven’t read your article yet about which action stars are wearing which watches,” IWC CEO Chris Grainger-Herr begins the interview by saying. “I just very much hope you haven’t got Jason Statham in there with his one Rolex in that one film, even though he buys and owns all his IWCs himself and wears them in all the other movies.” 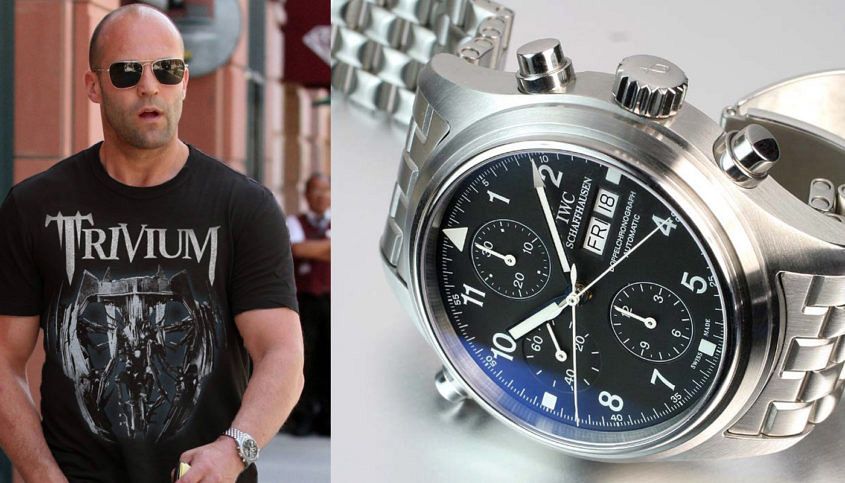 Jason Statham with his IWC Doppelchrono, pic by Monochrome Watches

To which I point out, as gently as possible – because we have indeed got Jason Statham wearing precisely that watch – that Jason appears to be a Richemont man, with many other notable Panerai watches worn in multiple action films over the years.

“It’s the same with The Rock. It’s a bit of an internal CEO joke because we text each other images of The Rock wearing various watches. It goes around and around. You have almost every brand covered. But it’s true that he [The Rock] mostly wears Panerai these days.

“Jason wore an IWC in that silly shark movie, what was it called?” The Meg, where Statham wore an IWC Aquatimer Chronograph Edition La Cumbre Volcano (photo courtesy Warner Bros) as spotted by our friends at Quill & Pad. “That was also his personal watch.” 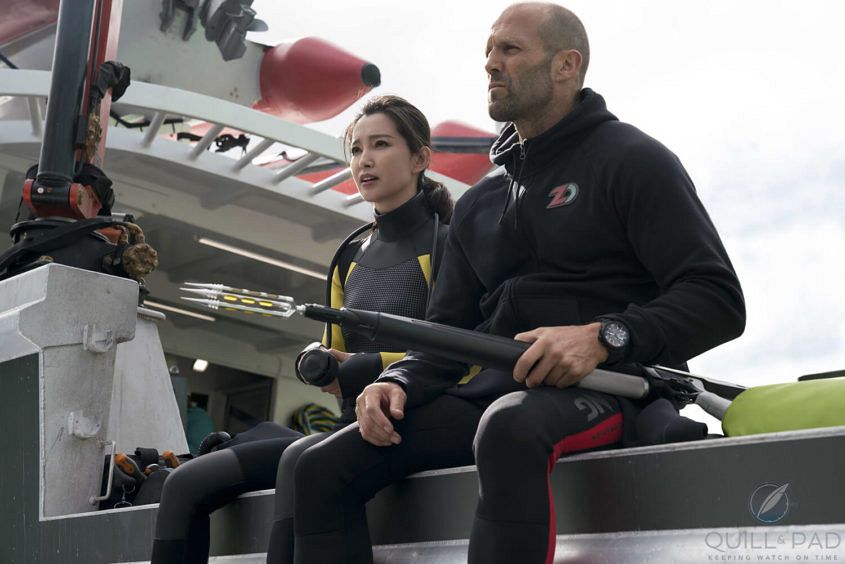 This banter served as something as a preview for the main event, which was Chris breaking down all the models in the new 2020 Collection. And it’s quite a tour de force. IWC’s momentum is seemingly unstoppable at the moment. As global crises mount, delaying releases and cancelling trade shows, the Schaffhausen outfit continue their mission to overhaul well-established collections, as seen with their pilot’s watches in 2019.

For 2020’s online substitute of Watches & Wonders, we’re treated with the reinvigoration of the stoic, masculine, yet classy Portugieser line. And now, to complement an exhaustive breakdown of every new model here, we have a standalone video with IWC CEO Chris Grainger-Herr talking through each model, as well as throwing a little bit of shade at Jason Statham.

With the Portugieser Chronograph, IWC have stuck with their attitude of evolution over revolution, upgrading all of the regular production models with the new in-house calibre 69355 column-wheel chronograph movement — a veritable treat for the eyes when viewed through the display caseback. Three new sunburst dial variations are captivating, with the steel case offering a mossy-forest green or a rich oxblood red, and an 18k yellow gold case flaunting a classic navy blue. 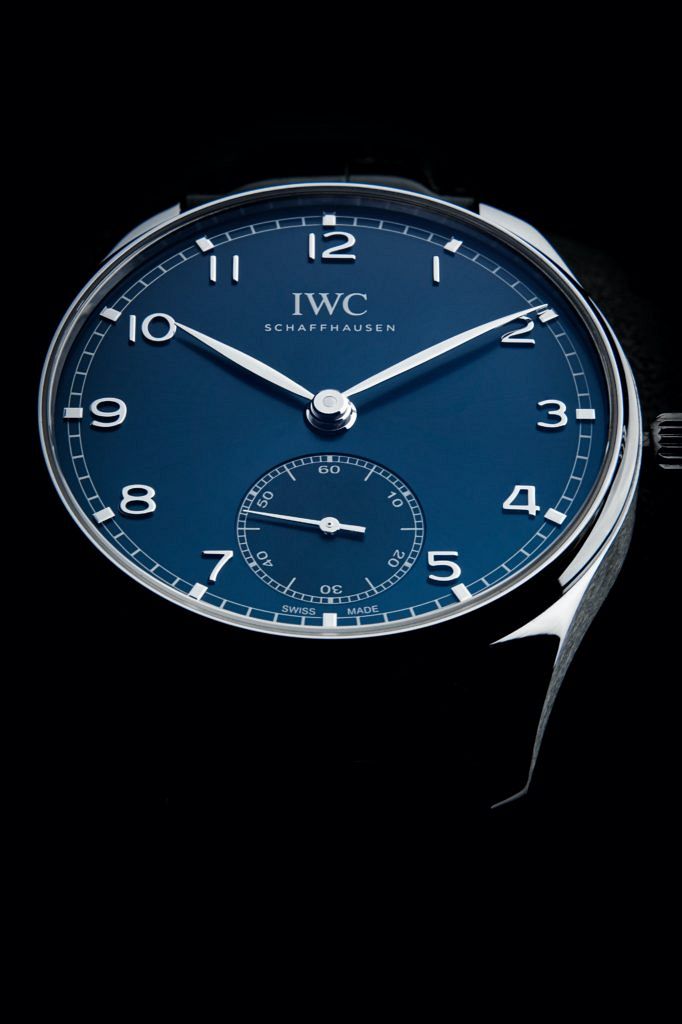 Photograph by Anthony Do

The Portugieser Automatic 40 brings a touch of refined, yet not understated, simplicity in a well-proportioned package. The steel-cased and white-dialled variant is available with either blue or gold hands and markers, while the blue dial’s steel highlights are clean and crisp. Should you want something that suits the dressier side of life, there is also a model in 18k gold. 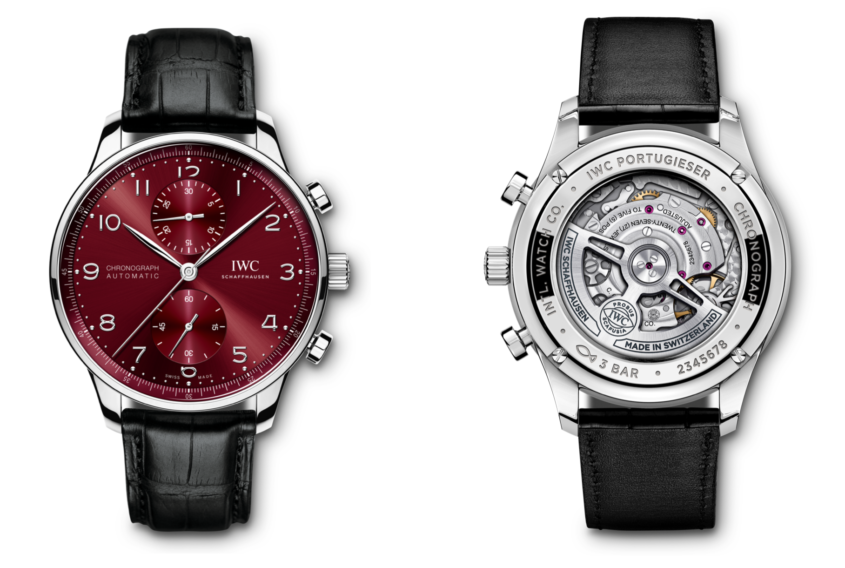 The fun doesn’t stop with the simpler sides of the collection, either, as the highly complicated Perpetual Calendars (with or without a Tourbillon), Tourbillon Rétrograde Chronograph, Yacht Club Chronograph, and our favourite Yacht Club Moon & Tide models have all made an extreme impact upon their release. From two-tone bracelets to blue rubber straps, there isn’t a scenario on earth that cannot be covered with at least one kind of Portugieser. Check here for an intricate breakdown of each of these models. 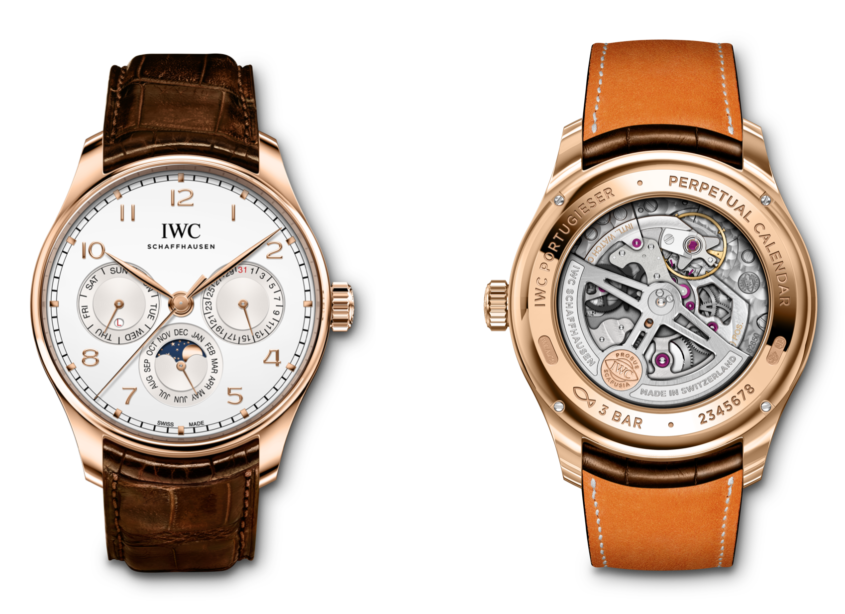 And if you’re feeling overwhelmed by the Portugieser flood, there’s nobody better to explain the line than IWC’s CEO Christoph Grainger-Herr, with whom we sat down, Zoom style, during our Watch Fair & Chill analysis of Watches & Wonders releases.