Whether it’s the Breguet pocket watch that belongs to the dastardly Baron Danglars in The Count of Monte Cristo or the orange-dialled Doxa worn by Dirk Pitt in Clive Cussler’s novels, the literary world is full of watches. Sometimes they’re mentioned as passing details to flesh out a character’s appearance. Sometimes a character’s wristwear comes laden with semiotic depth to reveal some hidden facet of their personality.

For this article, Time+Tide hastily re-read every single book ever written – OK, we skimmed a couple – to unpack our selection of horological quotes. 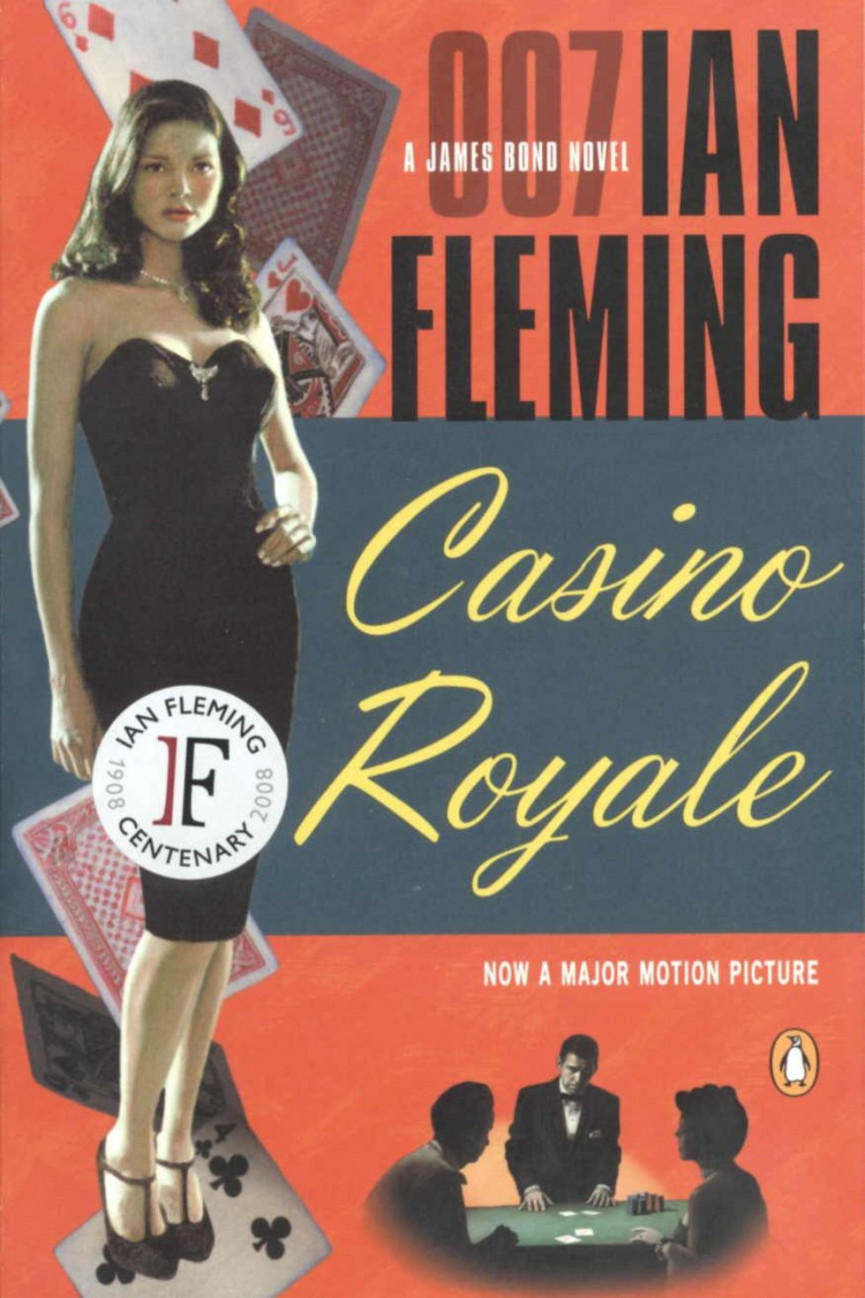 Ian Fleming was as morbidly obsessed with brands as Patrick Bateman in American Psycho. In his first 007 novel, Casino Royale, Bond drives a Bentley, drinks Taittinger champagne and pointedly wears a Rolex watch.

Although the precise model of Bond’s watch is undetermined, it’s now commonly assumed to be a Rolex Explorer 1016. Not only did Fleming wear that watch himself, but in his later novel, Thunderball, Felix specifically asks Bond whether  “he is still wearing that old wristwatch…with the big phosphorous numerals?”. 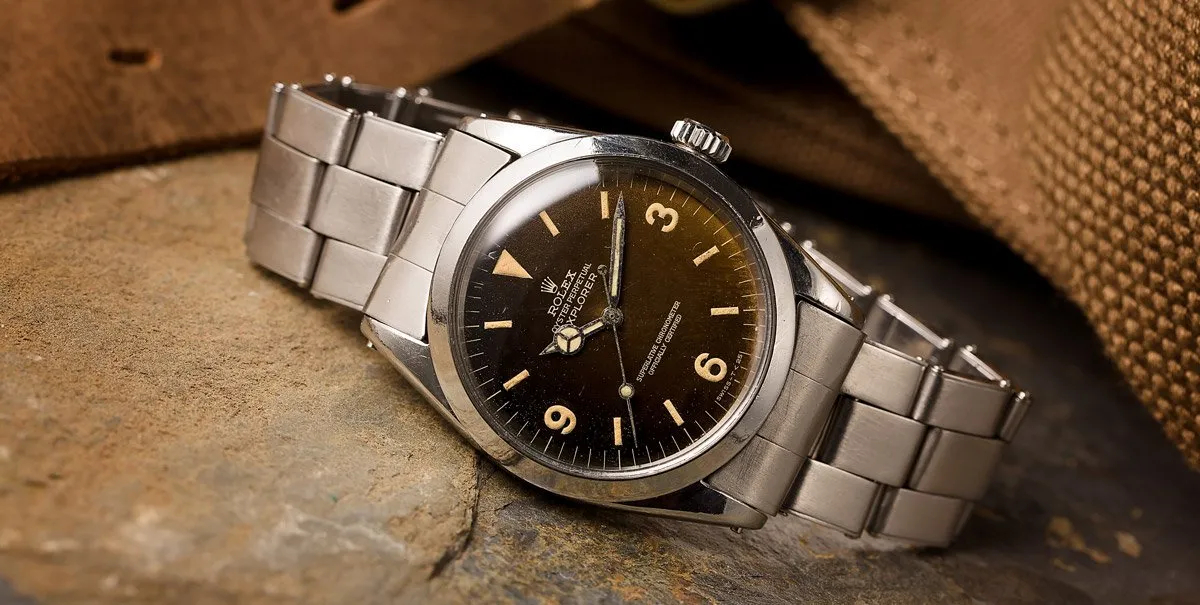 At any rate, Fleming cared deeply about status-inferring details for reasons that we’ll shortly explore. As he publicly stated: “A gentleman’s choice of timepiece says as much about him as does his Savile Row suit.” 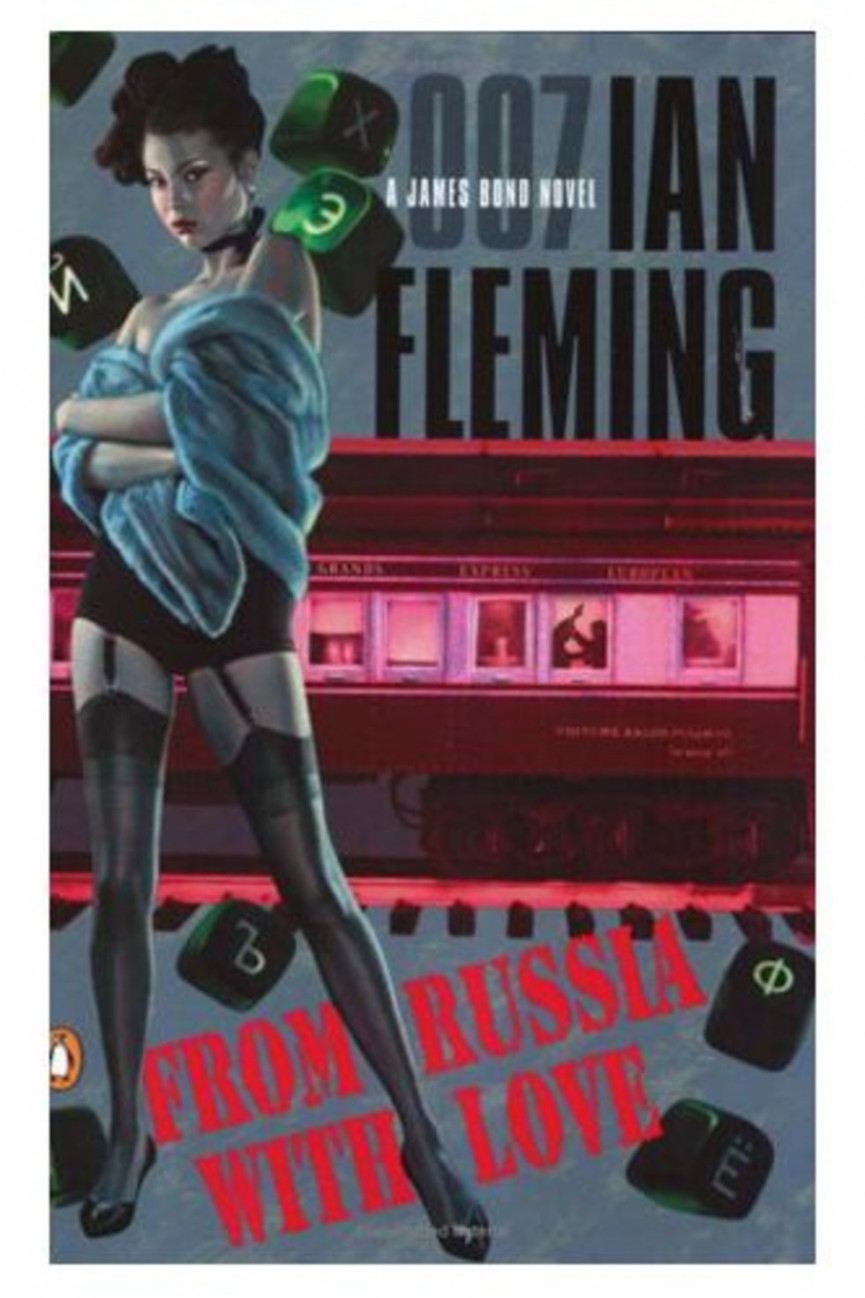 From Russia With Love

THE QUOTE: “There was also a bulky gold wrist-watch on a well-used brown crocodile strap. It was a Girard-Perregaux model designed for people who like gadgets, and it had a sweep second-hand and two little windows in the face to tell the day of the month, and the month, and the phase of the moon. The story it now told was 2.30 on June 10th with the moon three-quarters full.”
FROM RUSSIA WITH LOVE
by Ian Fleming (1956)

Ian Fleming was a formidable snob. The author didn’t want to hire Sean Connery for the Bond role, dismissing him as “unrefined” and nothing but an “over-developed stunt man”. Connery reciprocated the sentiment describing Fleming as being utterly fixated with social status.

The aforementioned Girard-Perregaux belongs to Red Grant, a decidedly unsavoury character who later turns out to work for the Soviet organisation, SMERSH. When Bond first meets Grant, the latter is masquerading as a fellow British agent, but 007 is immediately suspicious of him because of the way that Grant knots his tie. “Bond mistrusted anyone who tied his tie with a Windsor knot,” Fleming writes. “It showed too much vanity. It was often the mark of a cad.” 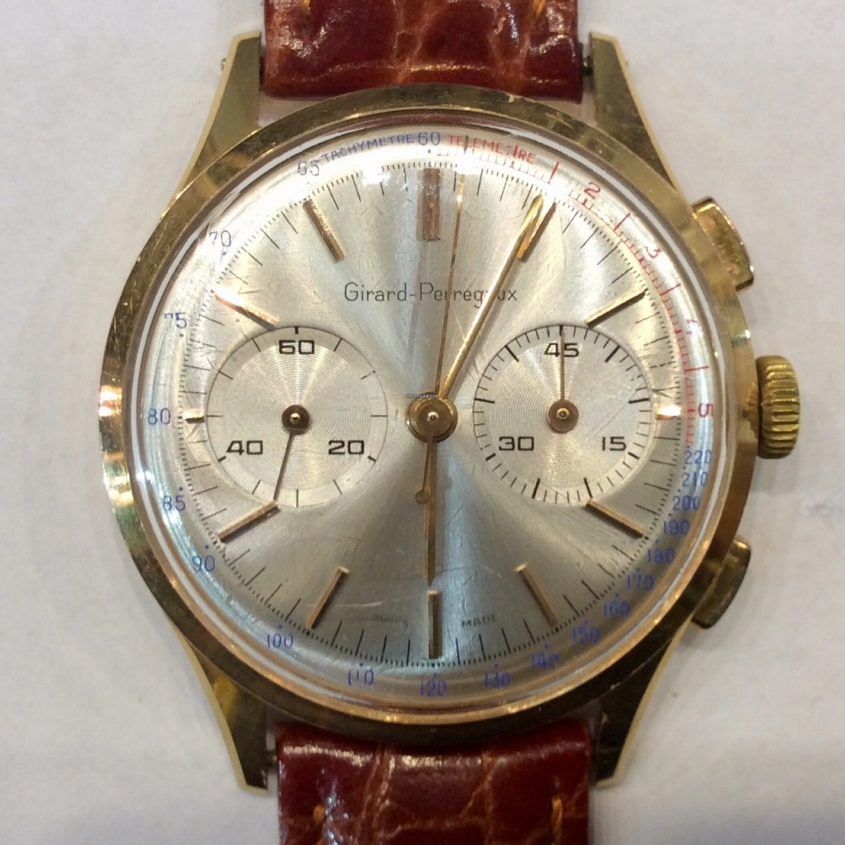 The author doesn’t seem to be much of a Girard-Perregaux fan either. Describing the gold watch as “bulky” and “designed for people who like gadgets” the tacit implication is that it’s gimmicky and extravagant. Needless to say, this knee-jerk assessment is harsh and unfair – GP have a long history of making exquisite timepieces. But much like his penchant for a Windsor knot, Grant’s watch is proferred as a damning reflection of his personality. Lo and behold… he turns out to be a psychotic murderer. 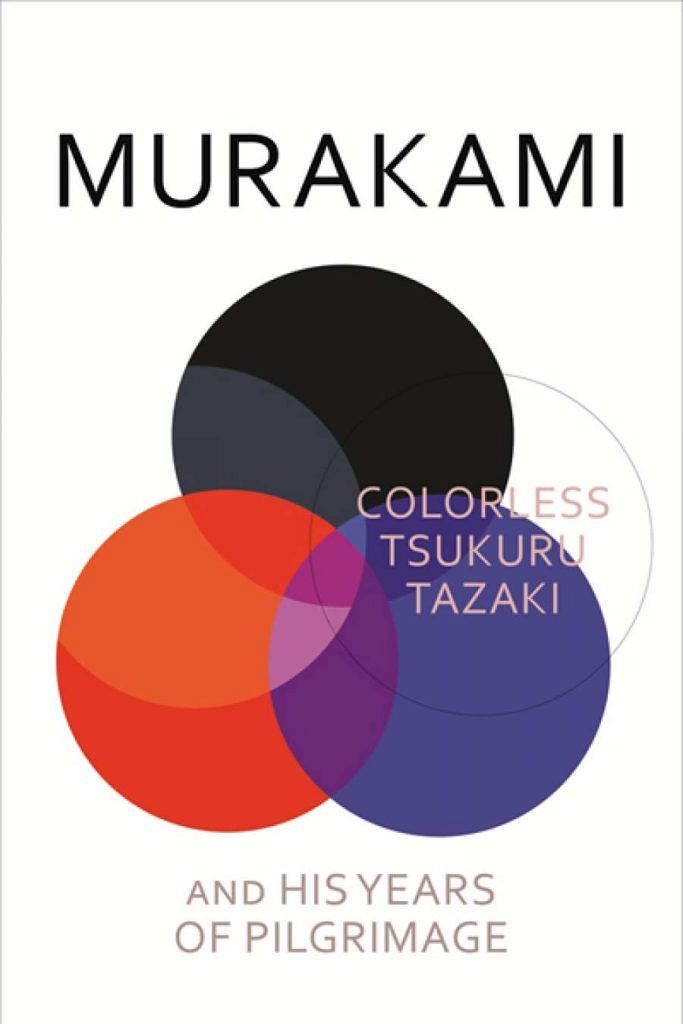 THE QUOTE: Tsukuru had never bought a watch himself, not once in his whole life. When he was young, someone inevitably gave him a cheap one, which he used without much thought. As long as it kept the right time, he didn’t care what he wore. That was the extent of his feelings for watches. A simple Casio digital watch did the trick. So when his father died, and he was given this expensive wristwatch as a keepsake, again it aroused no special feelings one way or the other. He had to make sure he wore it regularly so it didn’t wind down, but once he got used to this, he found that he had a great fondness for the watch. He enjoyed the weight and heft of it, the faint mechanical whir it made. He found himself checking the time more often than before, and each time he did, his father’s shadow passed, faintly, through his mind.
COLORLESS TSUKURU TAZAKI AND HIS YEARS OF PILGRIMAGE
By Haruki Murakami

Tsukuru Tazaki inherits his father’s 1960s Heuer. Initially, the watch isn’t a great fit for him as he’s another of Murakami’s long line of tiresomely ascetic characters. Tsukuru lives in a studio apartment, swims on a daily basis, takes his job as railway station engineer very seriously and never travels. Probably not someone you’d want to get stuck talking to at a party. 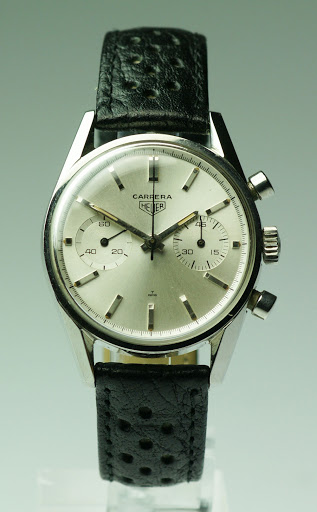 Once in possession of the watch, however, Tsukuru begins to appreciate the subtle magnificence of the Heuer and recognises it as “a piece of craftmanship”. This shift echoes the reader’s own experience with Tsukuru’s character.  Murakami’s narrative gradually reveals the complexities of a man who considers himself to be deeply boring but who, beneath the surface, is anything but. As The Guardian‘s review points out: “This novel goes into dark areas including the possibilities of dream rape, subconscious bisexuality and accidental mental necrophilia” . 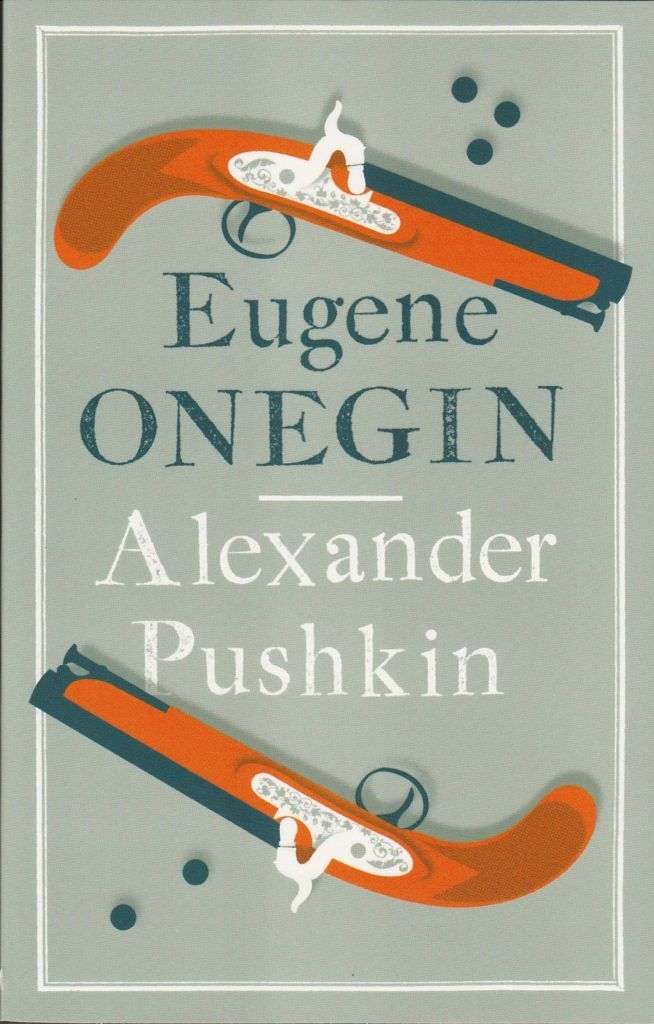 THE QUOTE: “A dandy on the boulevards… strolling at leisure until his Breguet, ever vigilant, reminds him it is midday.”
EUGENE ONEGIN
By Alexander Pushkin (1833)

Eugene Onegin has enjoyed too much, too young. He’s an idle St Petersburg rich kid whose life consists of balls, concerts, and parties. Having inherited a whopping fortune he swans around viewing life with a jaded air of world-weary cynicism.

This quote from the Russian classic, captures the aimlessness of Eugene’s existence. His days are totally devoid of purpose or structure. Without the Breguet on his wrist, he’d have no idea what time of day it is, marooned in his over-privileged state of ennui. 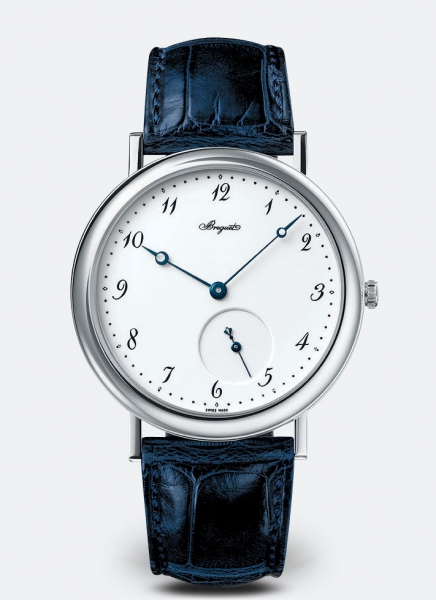 To be fair, the reader should immediately be suspicious of Onegin on the semantic basis that his surname contradicts one of the immortal drinking rules of Christopher Hitchens. “On the whole, observe the same rule about gin mar­tinis—and all gin drinks—that you would in judging female breasts: one is far too few, and three is one too many.” 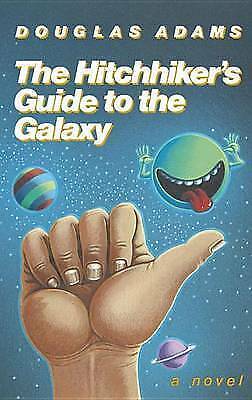 THE QUOTE: “Far out in the uncharted backwaters of the unfashionable end of the western spiral arm of the Galaxy lies a small unregarded yellow sun. Orbiting this at a distance of roughly ninety-two million miles is an utterly insignificant little blue-green planet whose ape-descended life forms are so amazingly primitive that they still think digital watches are a pretty neat idea.”
THE HITCHHIKER’S GUIDE TO THE GALAXY
By Douglas Adams (1979)

This Hitchhiker’s Guide did many things. It taught us that the answer to life, the universe and everything was 42. It introduced us to Eccentrica Gallumbits (the triple-breasted whore of Eroticon Six). And it sold 15 million copies, inspiring two radio series, four novels, a TV series, computer game, three major stage productions and a Hollywood film.

But this opening paragraph to the book shows Adam’s knack for dead-pan comedy. In 1972, Hamilton had only just released the Pulsar Time Computer, billed as the world’s first digital watch. By the time the Hitchhiker’s Guide was published seven years later, digital watches were still cutting-edge devices and certainly perceived as “a pretty neat idea”. 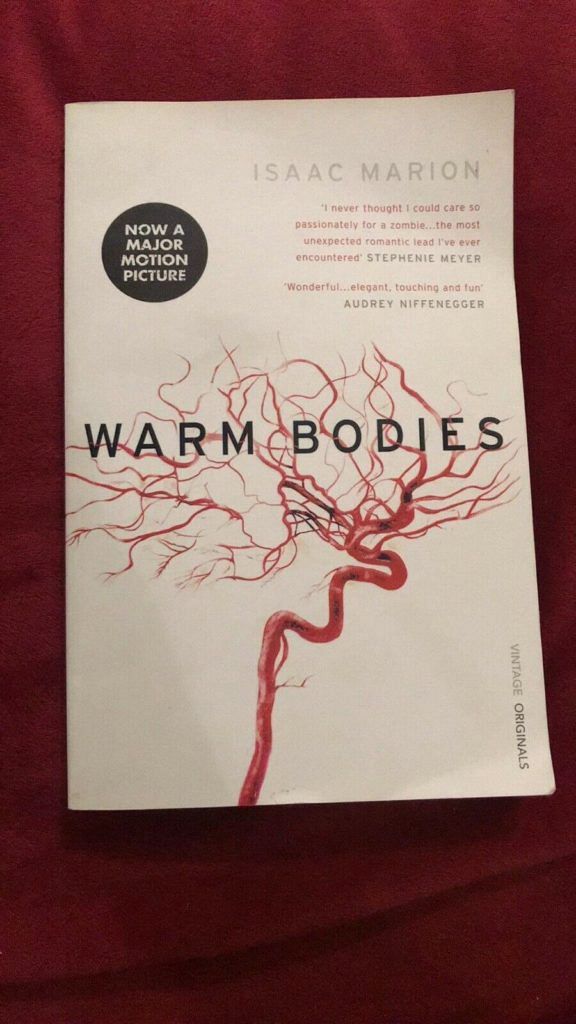 THE QUOTE: “I know from grim experience that there is a beauty to her inner layers, too. Marvels of symmetry and craftsmanship sealed away inside her like the jewelled movements of a timepiece, fine works of art never meant to be seen.”
WARM BODIES
By Isaac Marion (2010)

An in-house movement requires a watchmaker to master a dizzying range of technical achievements. Yet unless you have an open caseback or skeletonised dial, these often remain hidden from view. Nevertheless, there’s still a fascination and delight to this ticking “craftsmanship” that powers your mechanical timepiece from within. Somehow it’s reassuring to know that your watch’s innards are designed with the same precision and artistry as the exterior.

Who’d have thought it’d take a line from a paranormal zombie romance to skewer this appreciation with such a deft touch? Answer: not us. 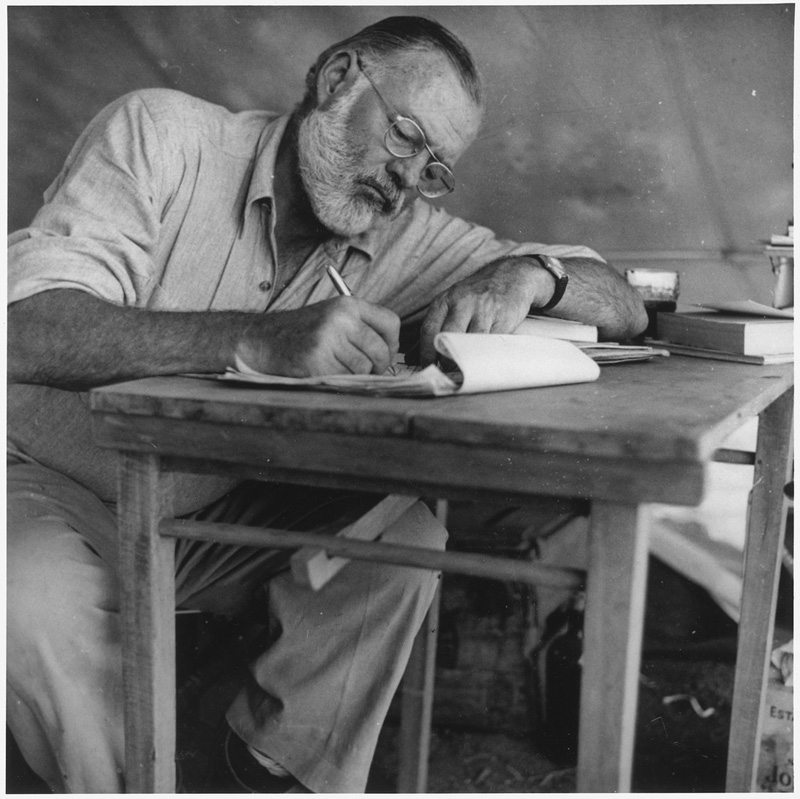 THE QUOTE: “Do you think it breaks for me? If so, I would come
and simply be with you and care for you.”
“It’s just a muscle,” the Colonel said. “Only it is the main muscle.
It works as perfectly as a Rolex Oyster Perpetual. The trouble is you cannot
send it to the Rolex representative when it goes wrong. When it stops, you just
do not know the time. You’re dead.”
ACROSS THE RIVER AND INTO THE TREES
By Ernest Hemingway (1950)

The muscle in question is, of course, the heart and it’s an urgent matter for Colonel Cantwell. Scarred by war and infatuated by his 19-year-old Italian lover, the middle-aged Colonel is dying of heart disease in Venice.

While certainly not his finest work, Hemingway’s novel is a lament of a dying warrior who’s spiritually revitalised by the power of love. The tragedy is that as Cantwell’s health deteriorates, he knows that this is his last hurrah. A Rolex Oyster Perpetual might get a new life on the second-hand market, but you can’t restart the human heart. 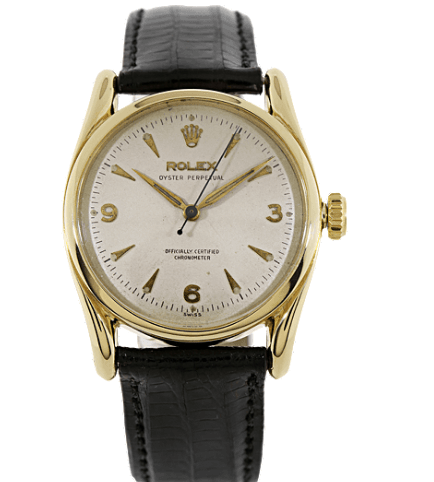 What have we missed? Send your favourite literary watch quotes to us at info@timeandtidewatches.com