A heavenly trio descended from the skies to T+T’s Sydney outpost this week, sparkling like little angels escaped from the tops of nearby Christmas trees. Translation: we’ve got three awesomely white watches to show you. But while they clearly share the same colour and a healthy love of ceramic, beyond that they couldn’t be more different. Here’s how we managed to work them seamlessly into just one day in Sydney, and everything that throws at you.

NB: before our readers in colder climes go off and sulk, we’d like to point out that although these three white watches are perfect against a tan, they’d also work nicely as part of a ‘winter wonderland’ wardrobe, with a snuggly cable-knit sweater and a mug of mulled wine. So that’s enough of the pout.

There’s officially no better way to start the day than with a dunk in the ocean. It gets you in touch with nature in all its ferocious glory and clears the cobwebs ready for maximum productivity later on. Of course, the powerful surf down at Bronte Beach (far cooler than Bondi, obvs) is no place for a watch of the faint-hearted variety. Far more sensible to go with a dive watch. 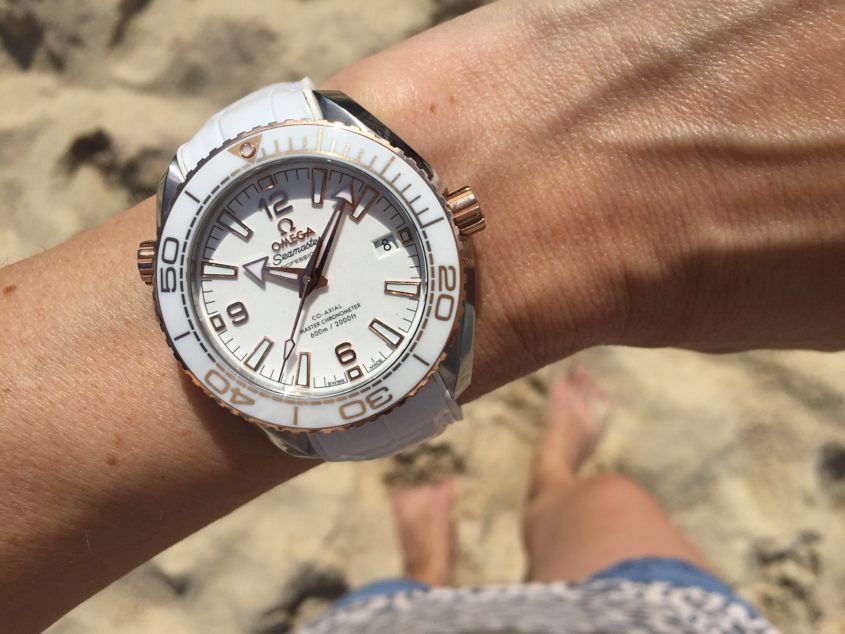 This one’s a chunky devil – almost as hefty as its name: the Omega Seamaster Planet Ocean 600m Co-Axial Master Chronometer 39.5mm in rosy Sedna gold. If you can say all that without taking a breath, you’ll make a great ocean swimmer. As the name suggests it’s water resistant to 600m. Meanwhile, the indices on the dial are liberally applied with Super-LumiNova, so it will light up like a torch under water. RRP $10,150

Yes, this is summer in the southern hemisphere, but that doesn’t mean we’re not at the coalface like the rest of you. And yes, that means we’re well-versed in the practice of clock-watching, so it makes sense to have a nice timepiece to gaze at. Who could get bored by the ghostly view of the automatic movement beyond the gossamer-thin mother-of-pearl dial on this limited edition Rado True Open Heart? Not us. 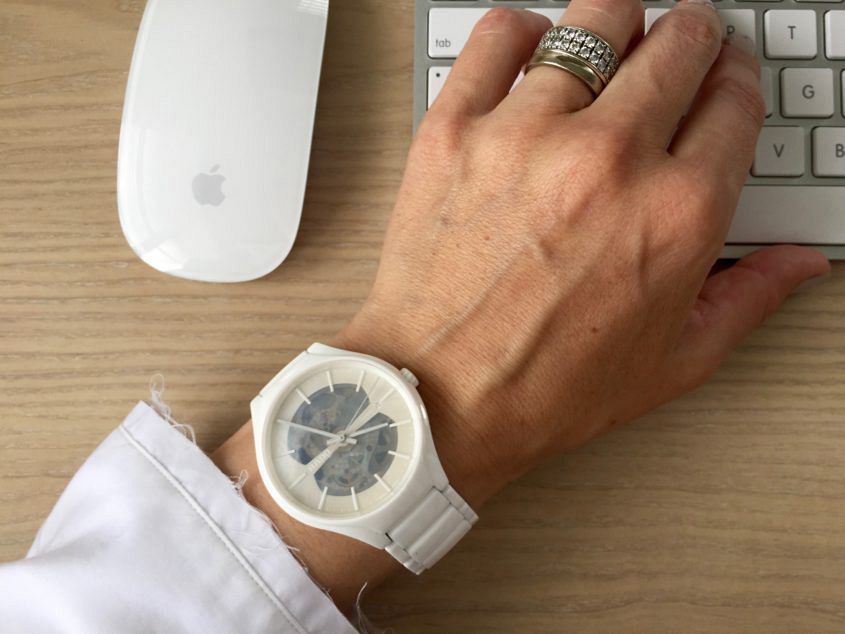 There’s something about it that reminds us of those transparent perspex glasses favoured by German architects, and because of that, it makes us feel creative and intimidating all at once. Win! At 40.1mm across, this is a biggie, but feels a lot smaller on, perhaps as both the case and bracelet are slimming white ceramic. RRP $2900

Having nailed everything about this day so far, it’s only right to end it by catching up with friends over a refreshing beverage. That obviously calls for an outfit change, and wrist styling doesn’t come much more glamorous than the Bulgari Serpenti – at least not since Elizabeth Taylor was photographed wearing one on the set of Cleopatra, filming in Rome back in 1962. 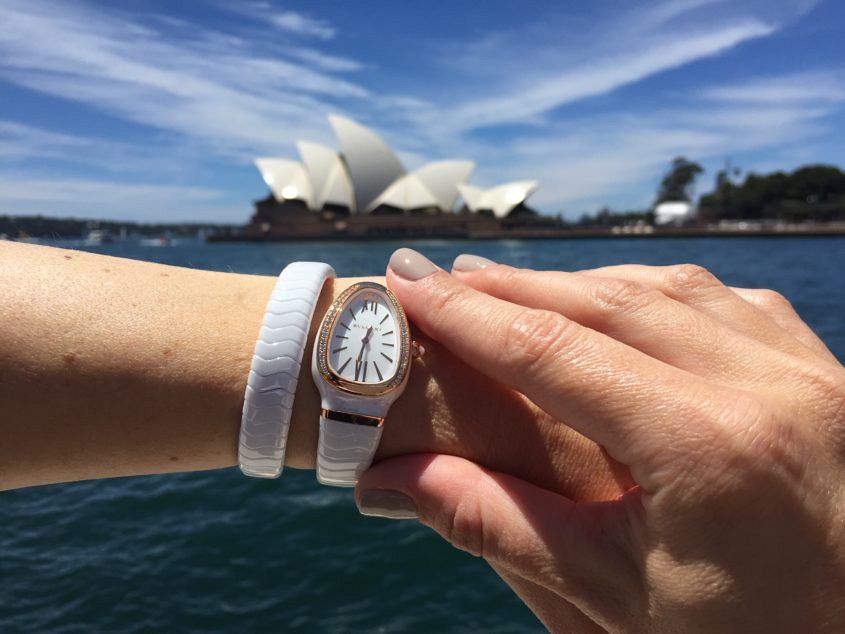 This particular model is part of Bulgari’s latest ceramic line, featuring a rose gold band at the snake’s neck, if you will, as well as the tip of its tail. Like a coiled spring, it winds around your wrist, making it a super-comfy fit. And all that dazzling white combined with the brilliant-cut diamonds on the bezel make it just about as striking as the Opera House. RRP $14,250 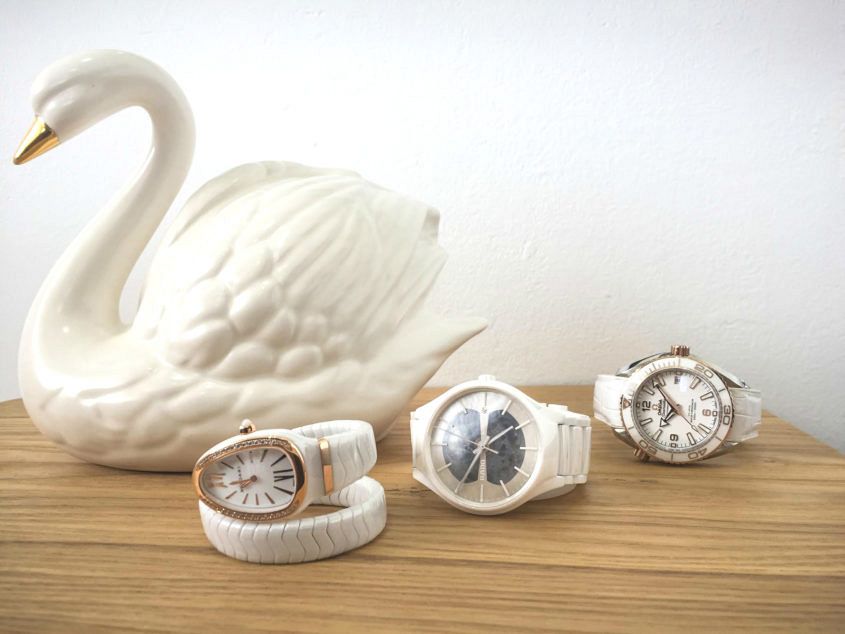