Editor’s Note: I don’t know what you’re watching at the moment, but in between bingeing on Gilmore Girls and Black Mirror I’ve been voraciously consuming Abstract: The Art of Design, a Netflix documentary series showcasing exceptional designers. As you’d expect from the subject matter and the production values, it’s very pretty viewing. I might go so far as to say it’s almost too perfect. Regardless, my first instinct was obviously to compare the values and theory applied to art, architecture and objects in the series to watches. And one I kept coming back to was this beautifully simple Saxonia from A. Lange & Söhne.

Story in a second:

The Saxonia Thin is A. Lange & Söhne design at its most pure. 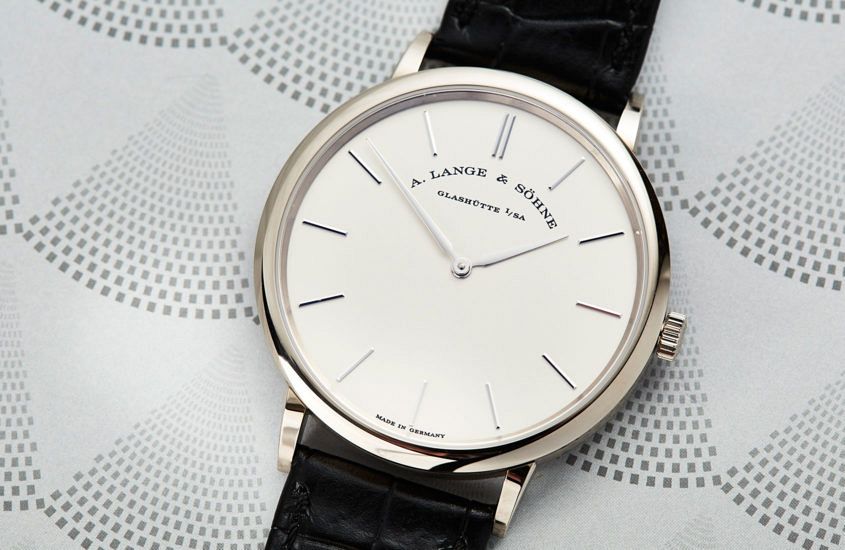 One of the things that makes everyone like A. Lange & Söhne as a brand (and I mean everyone, I can’t think of a single person I know who doesn’t like or respect what Lange does) is the thought, care and quality that goes into every watch. From the gobsmackingly amazing Zeitwerks and Perpetual Calendars, all the way to the simpler pieces – like this manually wound Saxonia Thin. And what’s even more amazing is that this thought and care continues to grow; just because a particular Lange watch receives widespread acclaim from critics and consumers alike, doesn’t stop the Glashütte-based manufacture from updating it. Simply because they can make it better. Such is the case with the Saxonia Thin, the brand’s 40mm entry point, which received some minor modifications this year that made a marked difference. 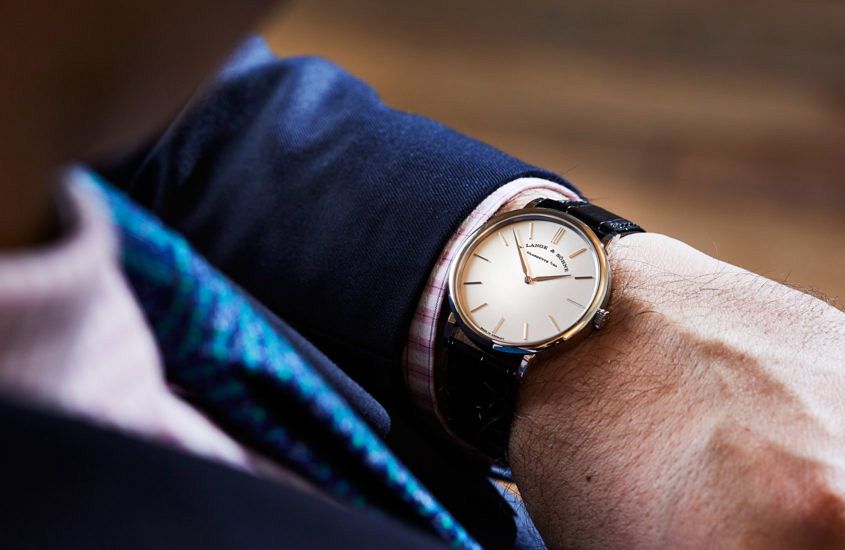 When the Saxonia Thin was first launched in 2011, it became the epitome of a modern dress watch, with two hands, hour markers, a few words and not much else. It was a pure, beautiful thing – and yet Lange refused to rest on its laurels, this year giving it redesigned hour markers. The earlier version had shorter applied batons, with applied dot indices at the end – kind of like remarkably elegant exclamation marks. Now Lange has extended the length of these faceted and polished batons, and lost the ‘dots’ altogether. The result is a dial that feels a touch more contemporary than its predecessor, and almost intimidating in its restraint. As for the rest of the dial? The hands are long, polished swords, and the dial text is kept to a minimum; brand (with that fabulous Art Nouveau ampersand), Glashütte designation and ‘Made in Germany’ text. No more, no less. Pure became purer still. 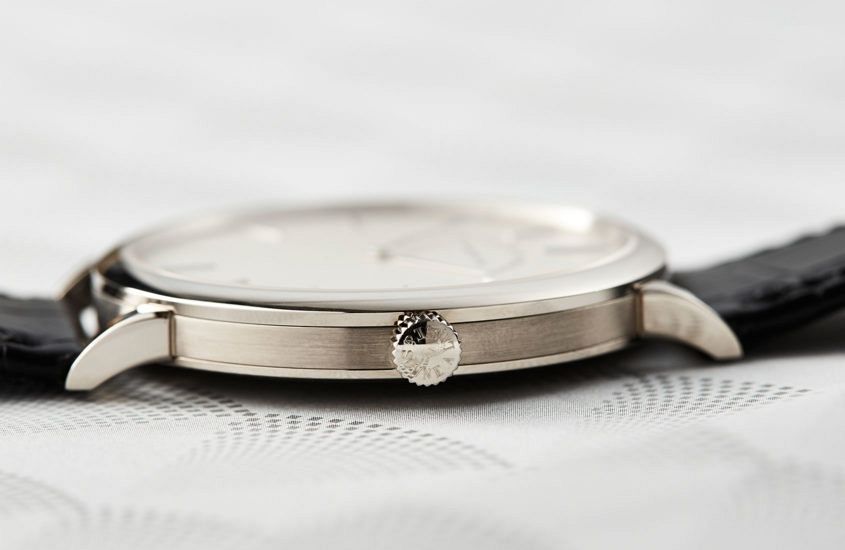 While the dial received an upgrade, the white gold case remained exactly the same. At only 5.9mm in height the ‘Slim’ in the Saxonia’s name isn’t marketing spin. It’s a slender watch however you slice it. But it’s also got a significant amount of presence on the wrist thanks to its 40mm diameter. (If this is too big for your standards in classical dress watches, you’re in luck as just a few months ago, A. Lange & Söhne announced a 37mm version.) As you can see, the three-part case construction and finishing is superb, with polished bezel, lugs and caseback sections contrasted by the smooth, even brushing of the case middle. This mix of finishes gives the Saxonia Thin a somewhat flexible personality. It’s easier to imagine this in a casual context than a similar watch with a completely mirror-polished case. 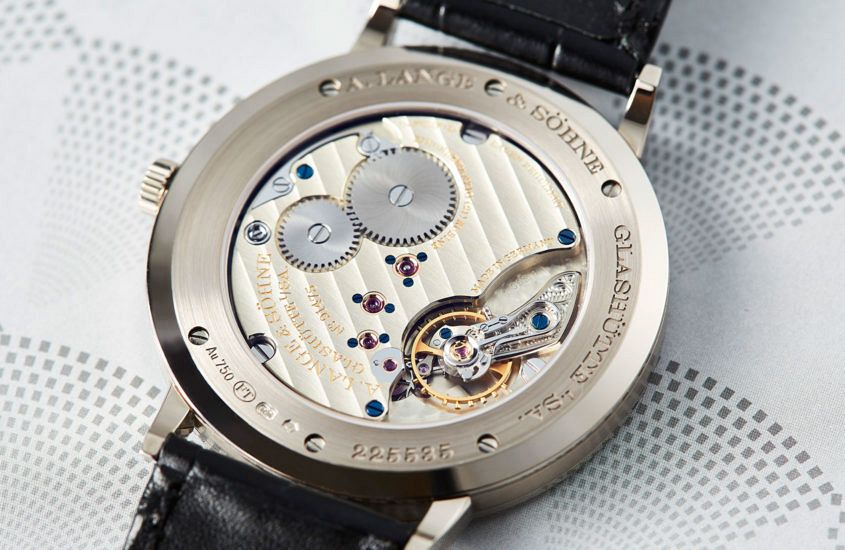 What can I say? The 2.9mm high, manually-wound L093.1 movement is pure Lange, with its large three-quarter plate in German Silver, hand engraved balance cock and three gold chatons. It’s hard to find fault with the looks of this movement. The power reserve of 72 hours  is nice too, and an achievement in a movement this small. If I were looking to find fault, my only issue would be that the use of swan neck regulator is very old-school, but given that this is a classically styled watch from a very traditional house, traditional finishing and methods are part of the package.

It’s easy to make a boring dress watch – either through less-than-perfect finishing or not-quite-right design. The Saxonia Thin is definitely not a boring watch. And even though it’s priced at the ‘friendlier’ end of the Lange spectrum, it’s every bit as polished and thoroughly thought through as the brand’s more attention-grabbing releases. If the engineering of the Datograph is the heart of Lange, the clean lines of the Saxonia holds its soul.

Check out this hand-engraved balance cock.

If you’re desperate to own a piece of Lange quality, the Saxonia Thin is a good way to get in the door. Alternately if you’re in the market for a dress watch, but the Swiss designs are leaving you cold, consider Germany’s finest.

For me, 40mm is a touch too large for this sort of watch, and lucky for me there’s also a 37mm version!