It used to be that a bottle of Tanqueray 10, Bombay Sapphire or Plymouth Dry London Gin marked the pinnacle of class and sophistication at your local bottle shop. Now, if you stumble into any national, mega-mart boozer, it’s the Aussie gins that receive top nods. So when did Australian gins become so cool and are they going to stay that way? 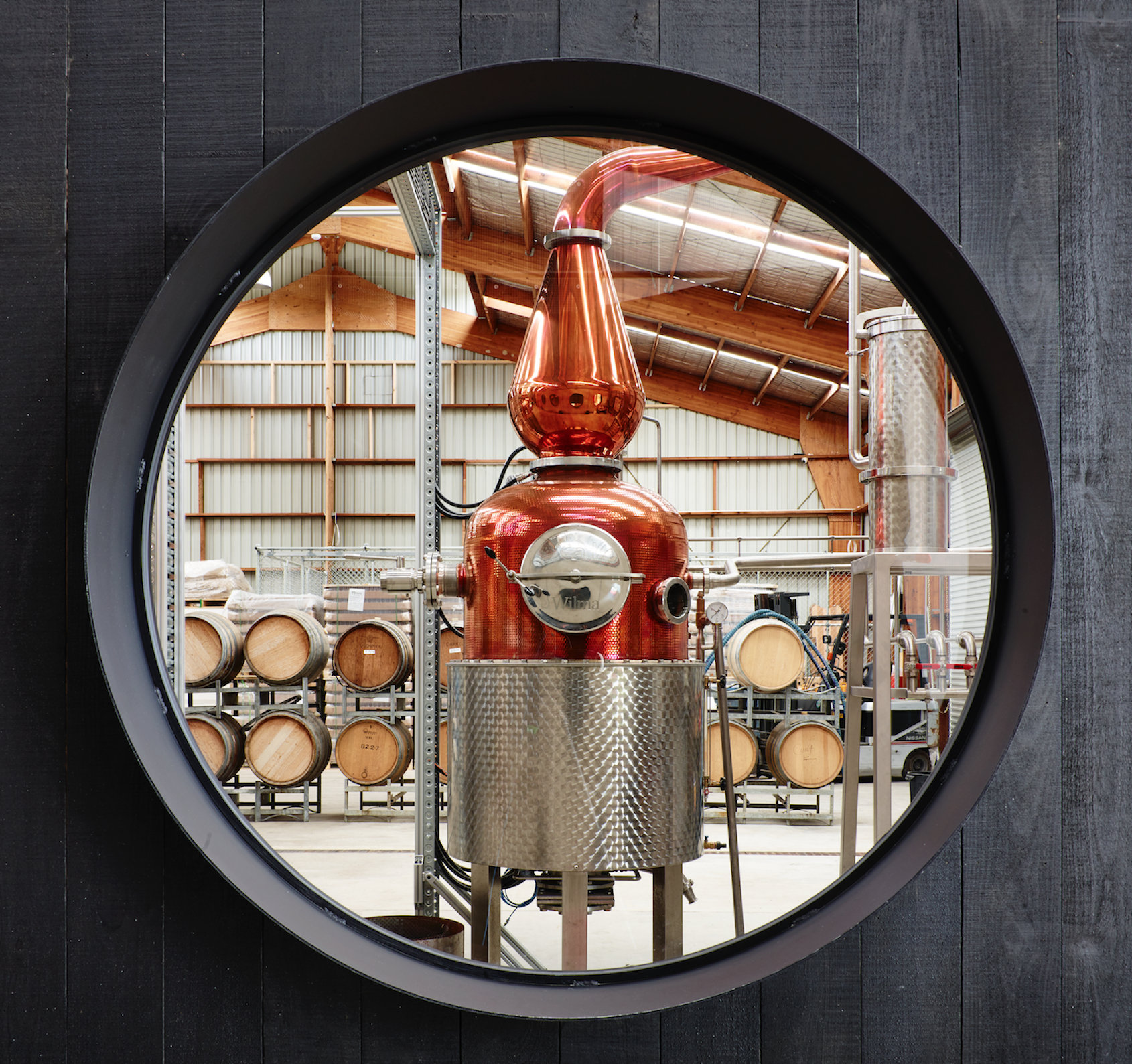 We’d say it’s around the time vodka was out. That would be when the internet became an everyman’s amenity and bartenders no longer had to scrimp and save for an educational pilgrimage to New York anymore. They could download interviews, cocktail bar manifestos and even menus from America, during which they would learn that anyone worth an accolade had declared vodka a waste of shelf space.

Vodka was touted as the easy option, encouraging guests to habitually “drink without thinking”, and its popularity was an impediment to the evolution of taste. We arguably have America to thank for the rise of Australian gin, as this more versatile and sophisticated spirit became the next best option for consumers, while vodka casually disappeared from Australian shelves. 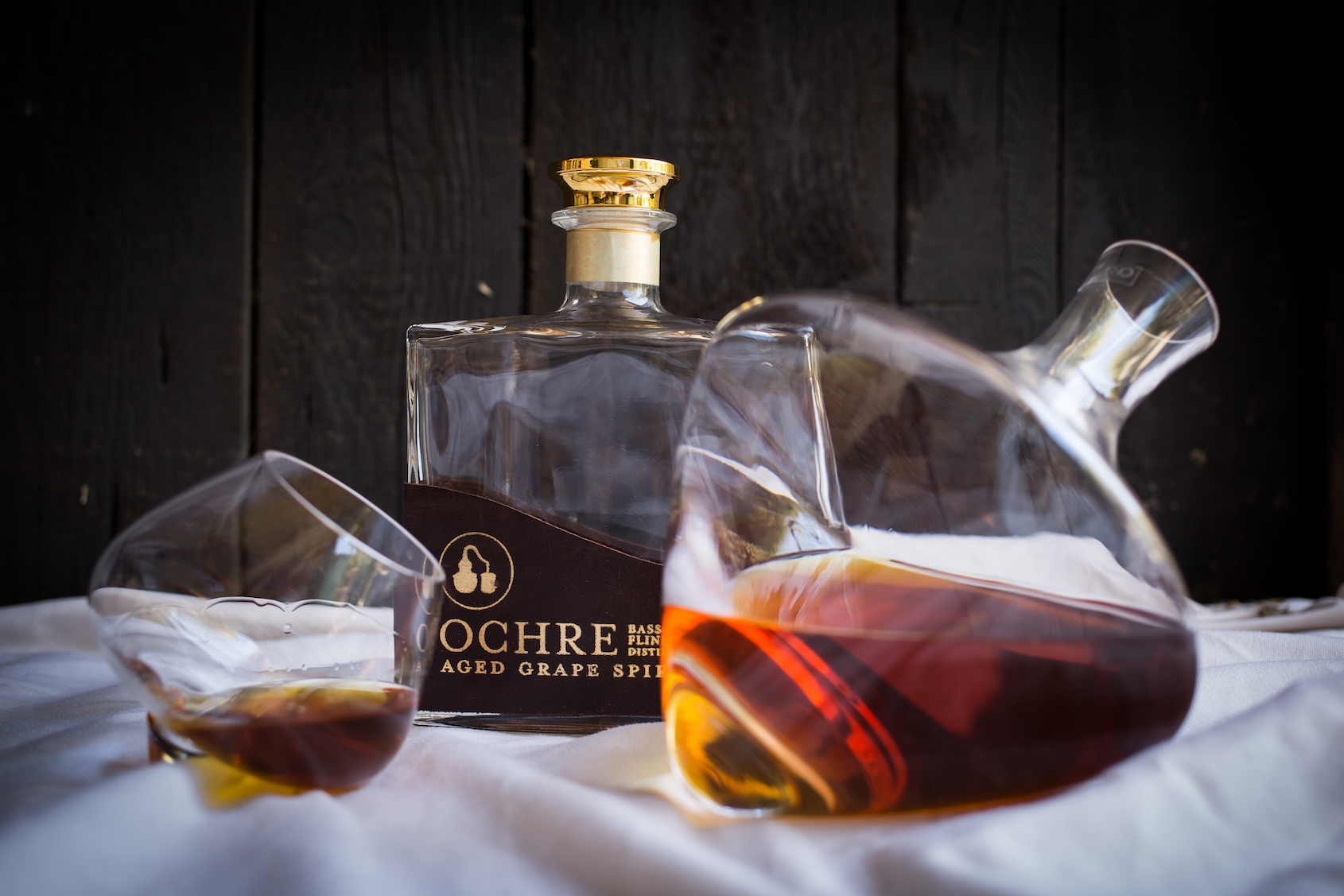 It also helps that gin is a very quick alcohol to produce. Unlike wine, fortifieds or dark spirits (some of which take more than a decade to make it to the bottle), gin can simply be distilled, bottled and sold. This made it an attractive alcohol to produce for anyone already making quality tipples with a cash flow problem who required an immediate return on their investments. Read: small producers of boutique wines and spirits. These producers already have the palate, the education, the means and the licensing. Why wouldn’t they produce a gin more in line with the Australian palate? On top of that, why wouldn’t they utilise native botanicals to produce a quintessentially Australian gin? Thankfully, the Aussie bar scene is a patriotic bunch and it just made sense to buy products from our own backyard. 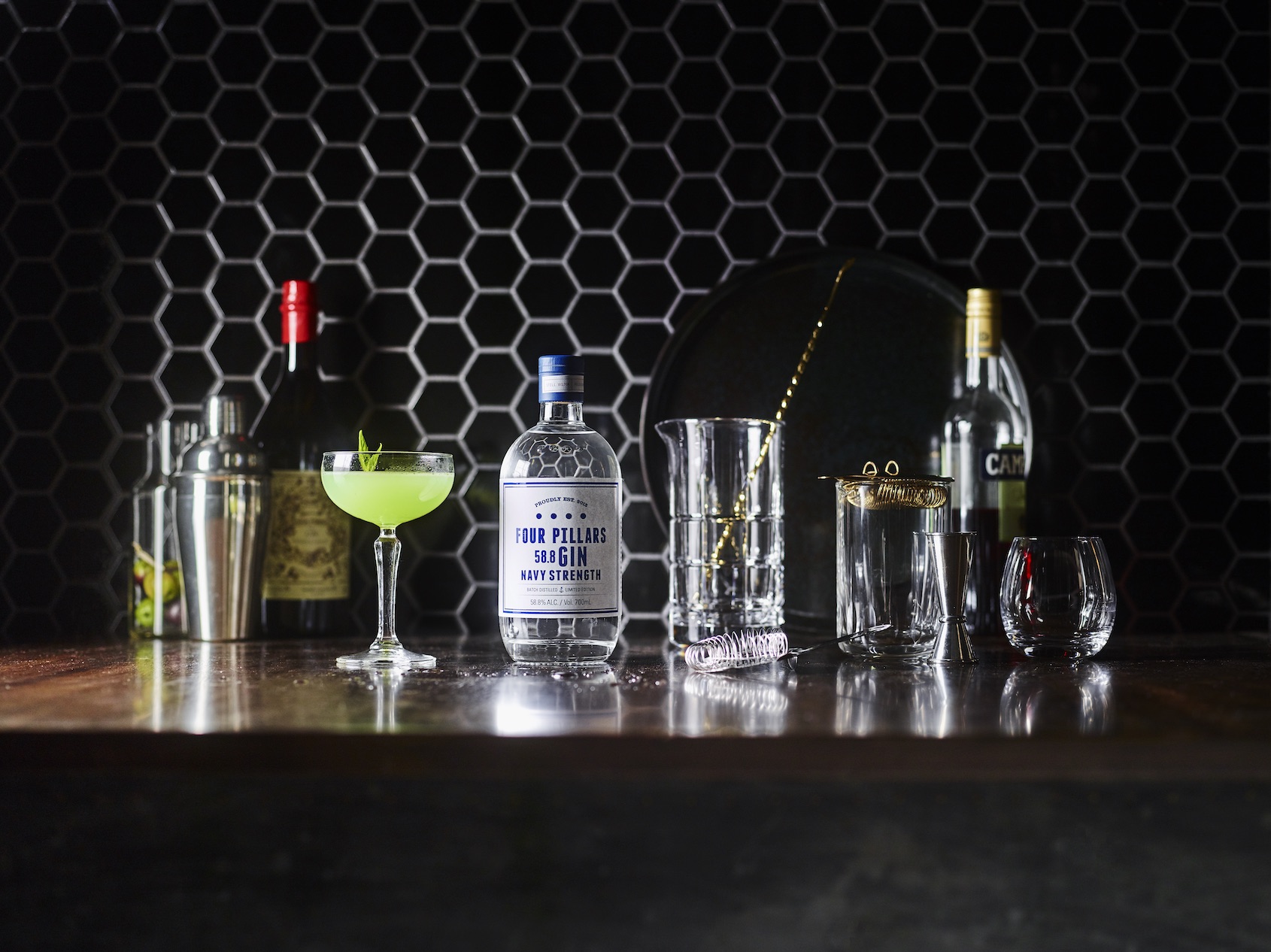 Of course, it took more than a few bartenders to convince us of how good we are. West Winds Gin (WA), who famously distilled their entry-level gin with native bush tomato, came home in 2011 with Double Gold and Gold awards from the San Francisco World Spirits Competition, which made retailers pay attention. Since then, a number of Australian distillers have received top gongs at a range of international awards, such as the likes of Brookie’s, Moore’s and Archie Rose. As a result, Aussie gins have received a huge growth of real estate on liquor store shelves. And while the rest is history, the focus is on the future, starting with your own collection.

Here are 3 Aussie gins you should consider adding to your drinks cart: 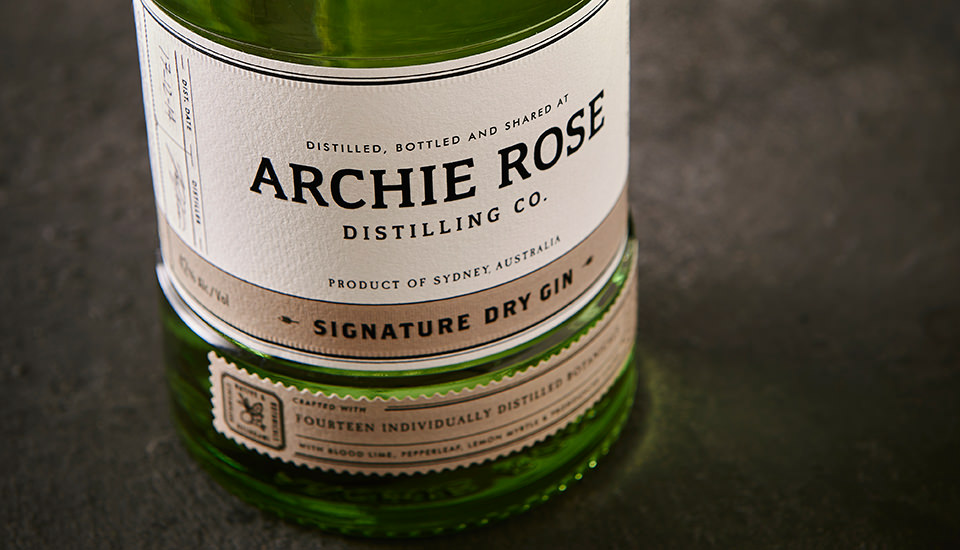 This Sydney distillery is run by the founder, Will Edwards, who is the very definition of an overachiever. He learnt his craft in his teens and early 20s at the award-winning whisky distillery Lark in Tasmania before establishing Archie Rose in 2015. The distillery has since extended itself to be a full-service bar where you can sample each of the products the way the distillers have intended. Be wary, though. It’s a five-minute drive from the airport, so keep your eye on the clock if you’re dropping in for a quick drink before your flight.

Try the: Signature Dry Gin. Enjoy it over ice with soda and a citrus garnish to enjoy the nuances of native botanicals such as the blood lime, Dorrigo pepperleaf, lemon myrtle and river mint. 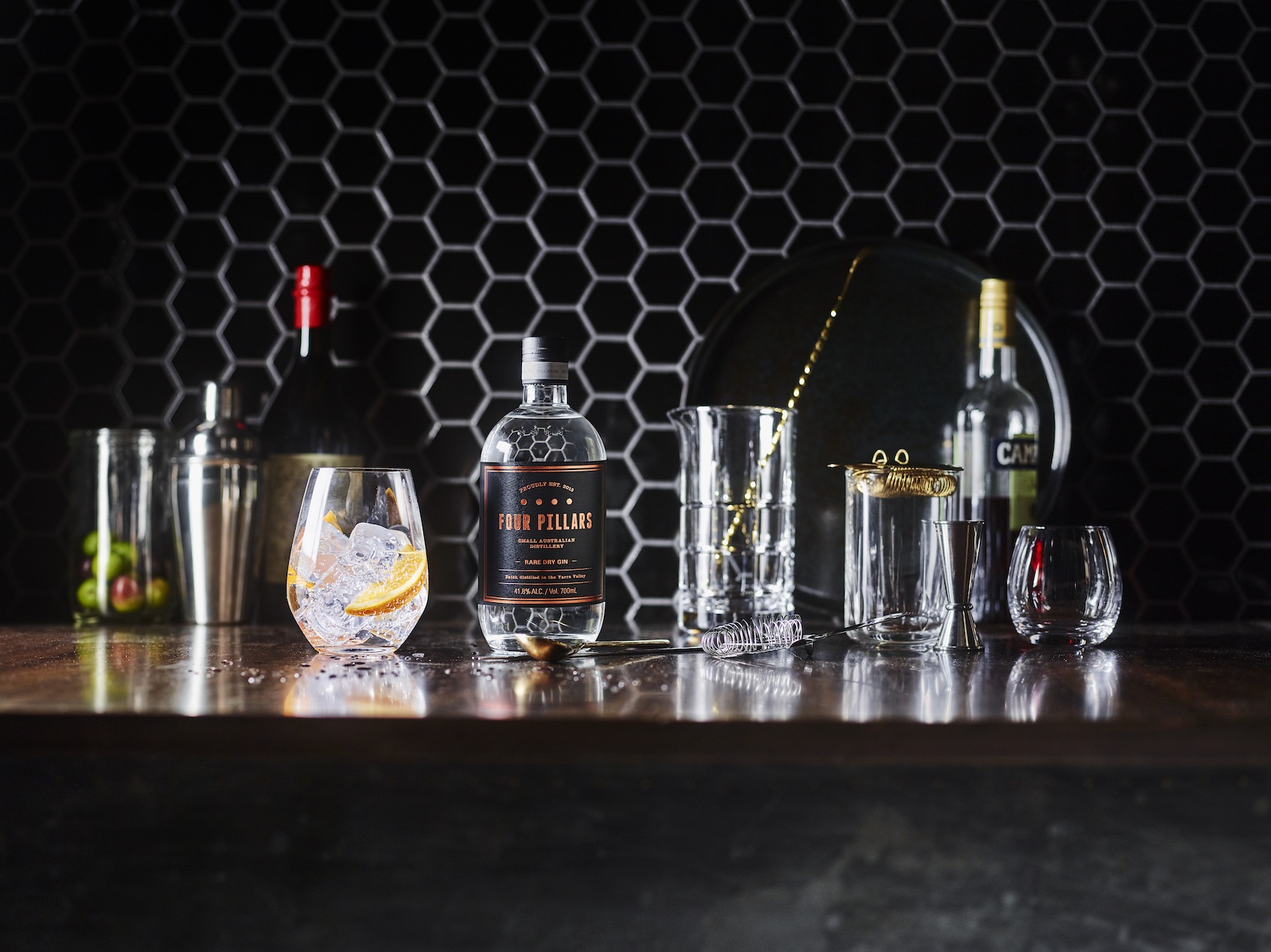 You wouldn’t know it to look at the impressive HQ and the high visibility of the brand in bars and advertising agencies, but Four Pillars started as a crowd-funded gin back when crowdfunding was cool. It may have branded them as the ultimate hipster gin for a while, but fast forward a few years and they’ve emerged as a premium gin through product development and a stellar cellar-door concept in the Yarra Valley. Sure, they may distil a range of gins, but keep your eye out for their marmalade. Whole oranges have been steamed in gin as part of the distillation process, infusing them with gin botanicals, which have been turned into a jam. Slather generously on toast for a zero-proof, socially acceptable breakfast gin.

Try the: Bloody Shiraz Gin. This is where Four Pillars Rare Dry Gin meets Yarra Valley shiraz grapes to form a sloe-style gin. Drink chilled, or walk into a bar and ask for it in a sour. (Shake together 60mL Bloody Shiraz Gin, 30mL lime juice, 30mL simple syrup, 2 dashes of bitters, and one egg white till emulsified. Add ice and shake again until all the ingredients are chilled. Strain over a rocks glass with ice. Garnish with lime.) 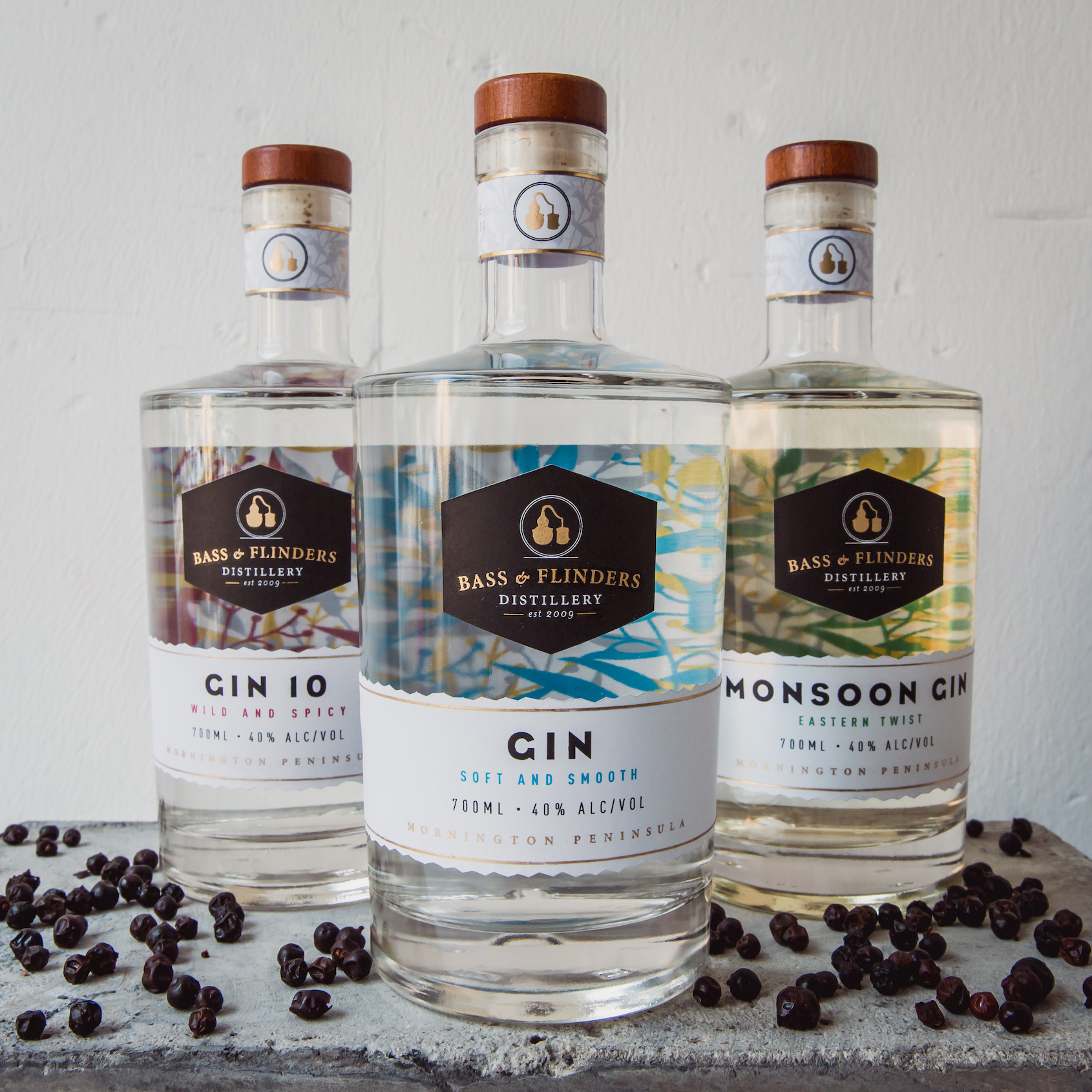 Head to the Mornington Peninsula, just out of Melbourne, and you’ll find Bass & Flinders Distillery, where grape, rather than grain, is used as the base for all their spirits, meaning this gin really skirts on the edge of the category. The grape base creates a heavier undertone to their spirits, akin to grappa, which lends itself to deeper, more autumnal flavours. Bass & Flinders’ ethos is to source all ingredients (including the base grape) locally, including the gin-specific juniper berry alongside a vast array of botanicals. Bass & Flinders are also known for their private masterclasses where each person can make a blend of gin according to their tastes to take home. We’d advise you show some restraint with the juniper berry.

Try the: Winter Gin. This gin is a combination of the grape distillate and aged apple brandy hit with star anise, nutmeg, cinnamon and native pepperberry, making it more eau de vie than gin. Drink over ice, topped with ginger beer and slices of fresh apple.