Editor’s note: Releases of reissued heritage field watches over the last few years have been a hugely successful avenue for a number of brands, thanks to the clean design language and no-nonsense layout of the watches. But what about the original examples of these important watches? Originally produced for the Allied armed forces during the Second World War, the colloquially known Dirty Dozen are the template for the barebones time-only watch of today. Let’s take another look at the brands that helped establish this iconic style but aren’t as lauded in the history books.

The “Dirty Dozen” are watches produced by the 12 British Ministry of Defence contractors during World War II who were tasked with strapping watches to the wrists of Allied forces. While some of the brands are bigger and better than ever before, a few have slid into relative obscurity or the books of insolvency firms. I wanted to take a look at which of the Dirty Dozen survive today … 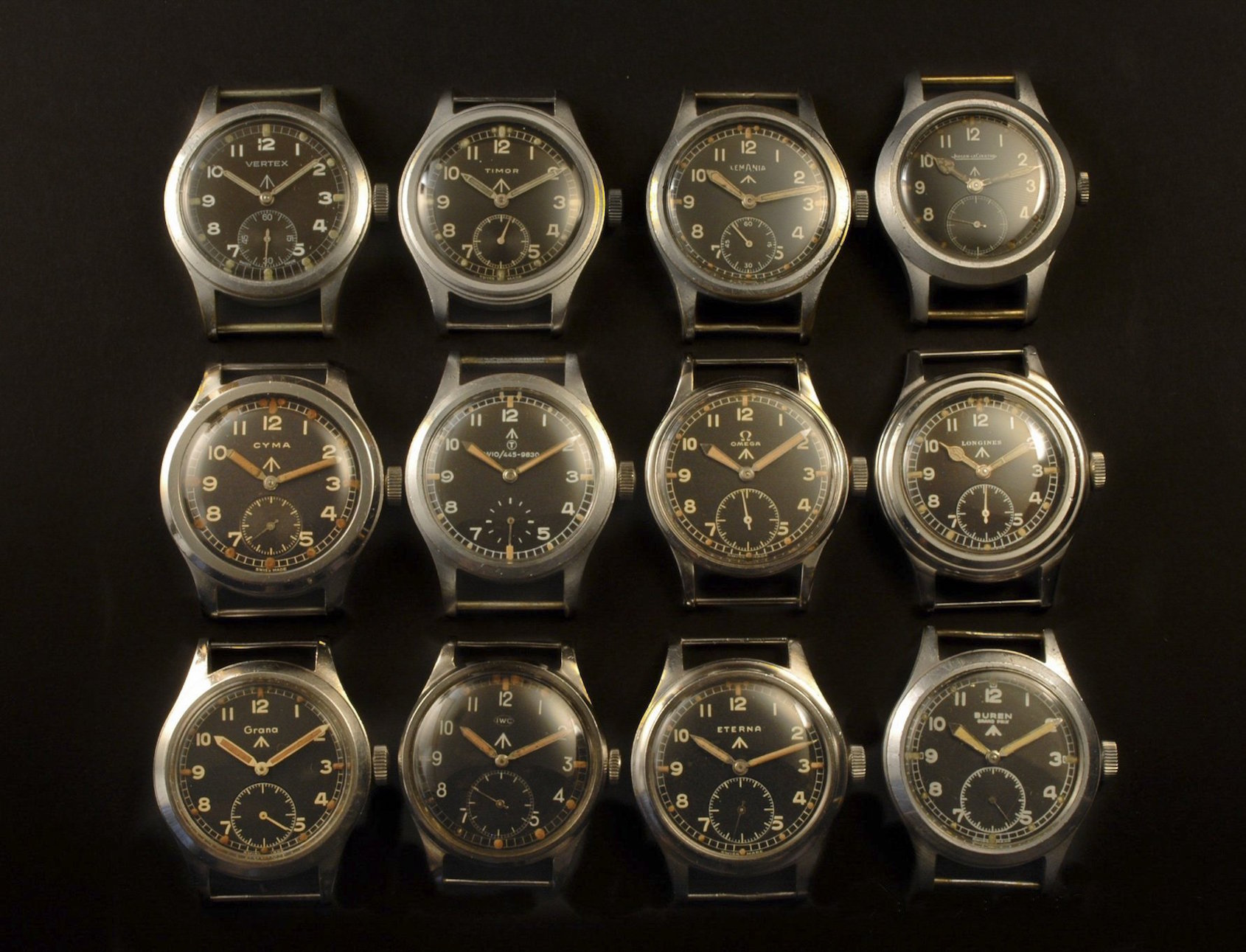 Which of the Dirty Dozen survive today? 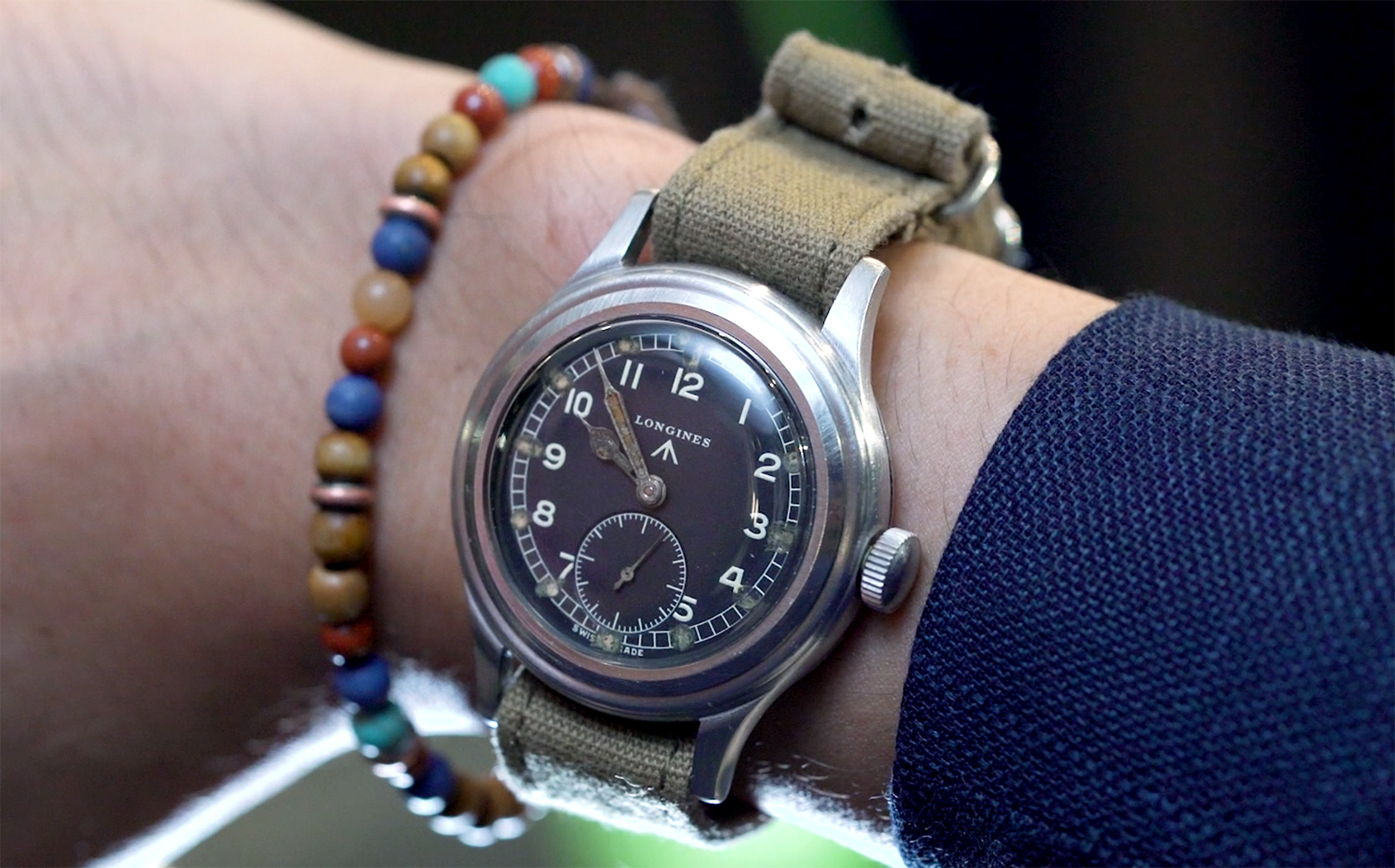 During the Second World War, the MoD took the opinion that civilian watches weren’t up to the task of providing accurate timekeeping to their soldiers, and decided they needed more robust watches to distribute. Manufacturing industries around the globe were feeling the strain of the wartime effort, so the MoD couldn’t award the contract to a single brand, and instead offered it to 12 brands. Thankfully, most of them were conveniently based in the neutral territory of Switzerland. It’s clear that brands such as IWC, Omega, Longines, Jaeger-LeCoultre (and more recently Vertex) are all alive and kicking, but what of the other magnificent seven: Buren, Lémania, Eterna, Timor, Cyma, Record and Grana? 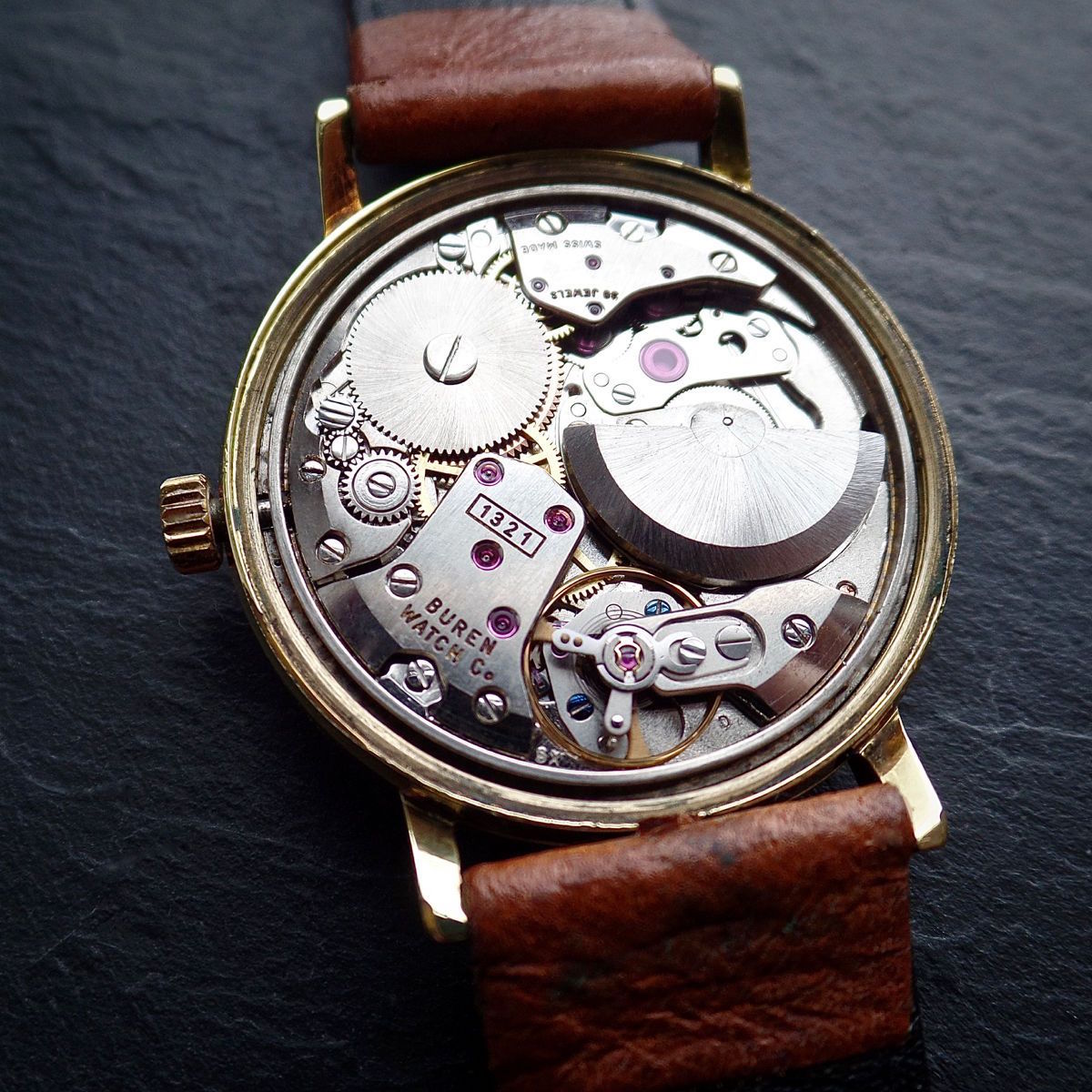 An example of a Buren micro-rotor movement. Image: pinterest.com

It is estimated that around 11,000 watches were produced by Buren for the MoD during WWII, with 36.5mm cases and broad sword hands. Following the War, Buren were responsible for some innovative steps in watchmaking, filing the first patent for a micro-rotor automatic movement in 1954. They beat Universal Genève to the punch in doing so, who patented their micro-rotor the following year. Unfortunately, the Buren Watch Company no longer exists, after being bought by the American outfit Hamilton Watch Company in 1966. Hamilton used Buren factories in Switzerland to manufacture their watches for a number of years, before a lack of interest in Buren/Hamilton watches saw the closing of the Buren Watch Company in 1972. In 1974, Hamilton was bought by SSIH, which would go on to become The Swatch Group. 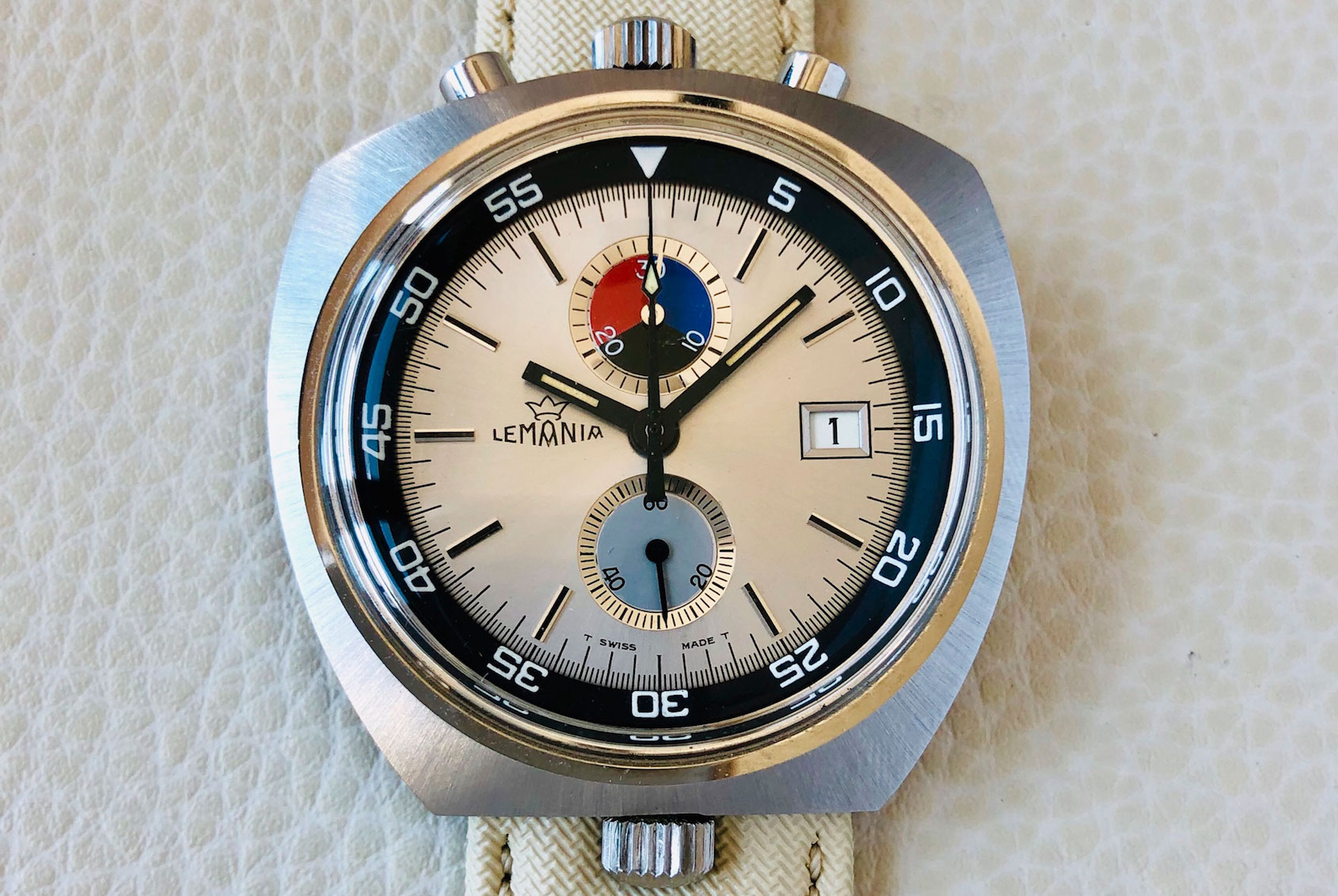 Best known for their brilliant chronograph movements (Lémania movement designer Albert Piguet was responsible for the Omega caliber 321, which became the Omega Speedmaster), Lémania was one of the founding brands of SSIH (later The Swatch Group), alongside Omega and Tissot. For the MoD order, Lémania manufactured an estimated 10,000 watches for service personnel, which despite being a relatively large number compared to the other members of the Dozen, they are considered to be some of the rarest today. As a result of the quartz crisis and the restructure of SSIH by Nicolas Hayek, Lémania separated from the group and became Nouvelle Lémania (New Lémania), before being bought by Breguet in 1992. They would eventually rejoin The Swatch Group fold when Breguet itself was purchased by the conglomerate. Around the turn of the century the name Lémania disappeared from watch dials, but their movements are still used in a number of well-known brands. 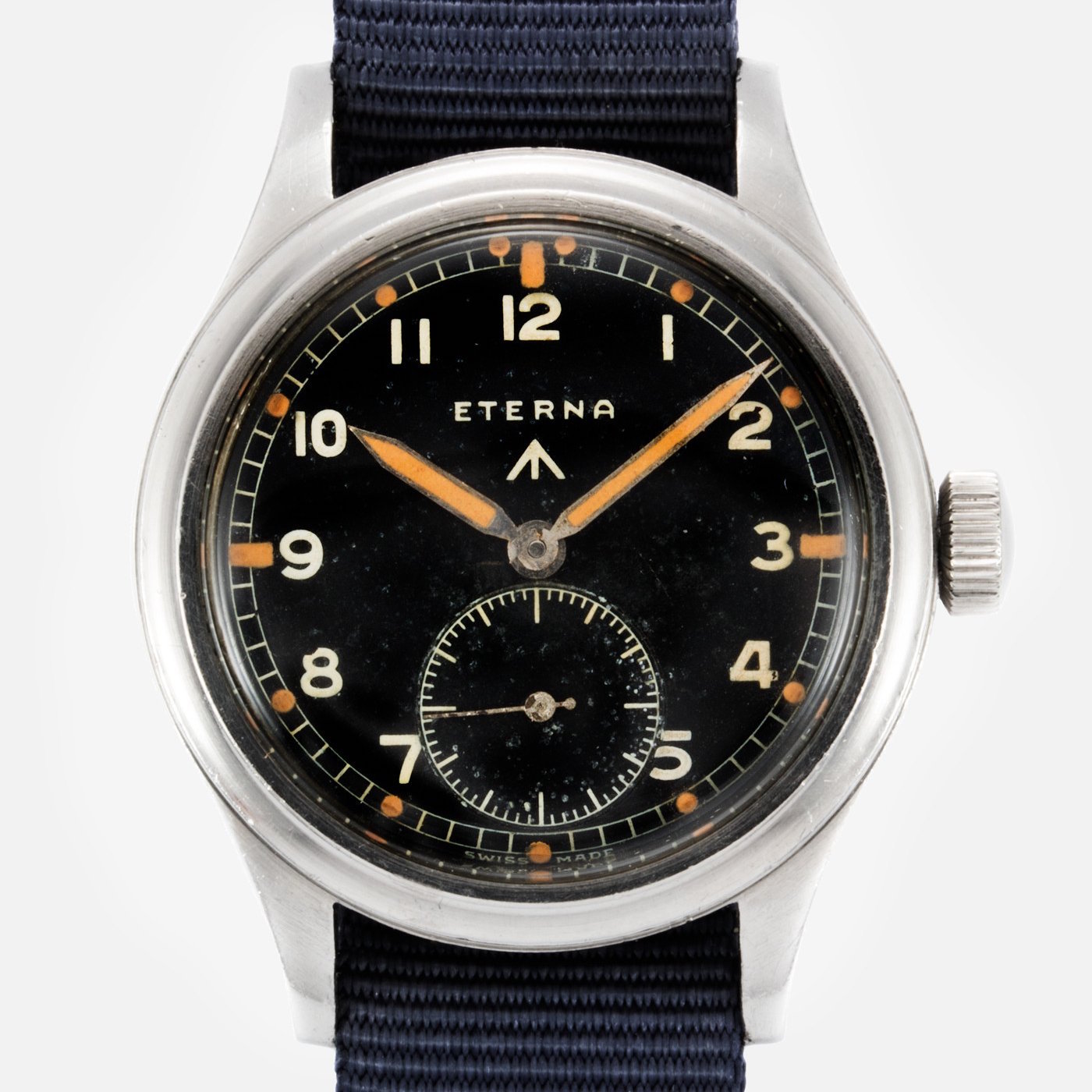 The Eterna member of the Dirty Dozen family. Image: ssongwatches.com

Eterna is believed to be the second rarest of the Dirty Dozen (after Grana), with production numbers at just 5000. After WWII, Eterna released the first fully rotating automatic winding movement, in 1948, made possible with the rotor being mounted on five ball-bearings that allowed it to smoothly pivot. Other milestones over the next few decades, despite a number of changes in ownership, include their close partnership with Porsche and the release of the collectible Porsche Design watches, and their release of brand new movements in the early 2000s. Still operating, Eterna currently produce watches across three collections. 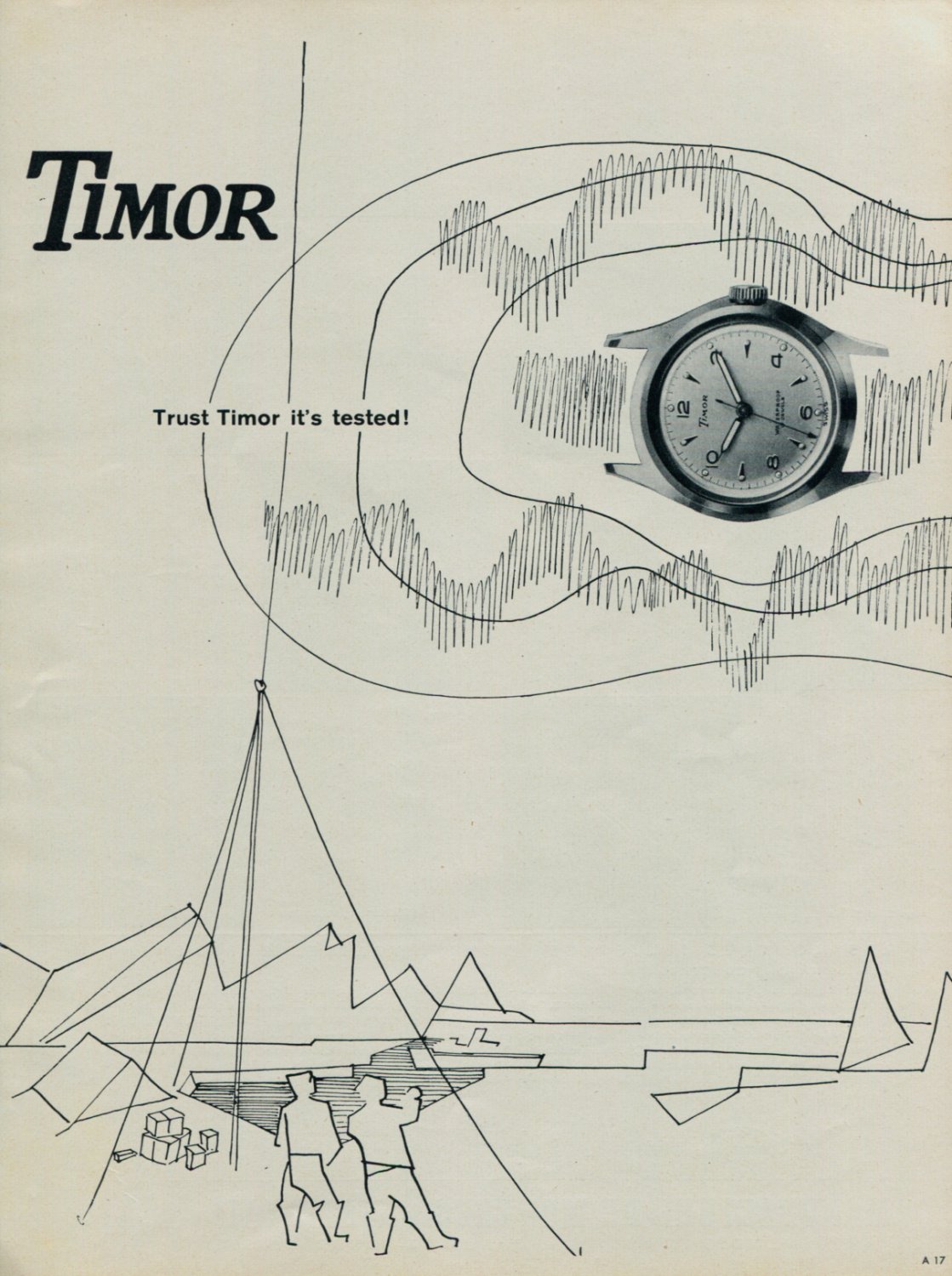 The Timor Watch Company was responsible for an estimated 13,000 watches that were delivered to the MoD. Despite starting out as an assembler of watches from other case and movement manufactures, by 1939 Timor Watch Company were producing their own high-quality movements in Montilier, Switzerland. Due to one of the brand’s main markets being the UK, they were fairly well known in the country before the MoD awarded them the supply contract. Building on this brand recognition, and their relationship with the military, the brand advertised in the 1950s with the slogan “Trust Timor it’s tested“, and even ventured into the territory of more complex alarm watches with their Timor Voxor Alarm Watch. Beyond 1960, the brand seems to have almost evaporated. However, a hope for the Timor name to live on appeared on a watch forum in January 2019. A member of the forum, who was in the British Army, stated their intention to revive the brand through fundraising in the near future. 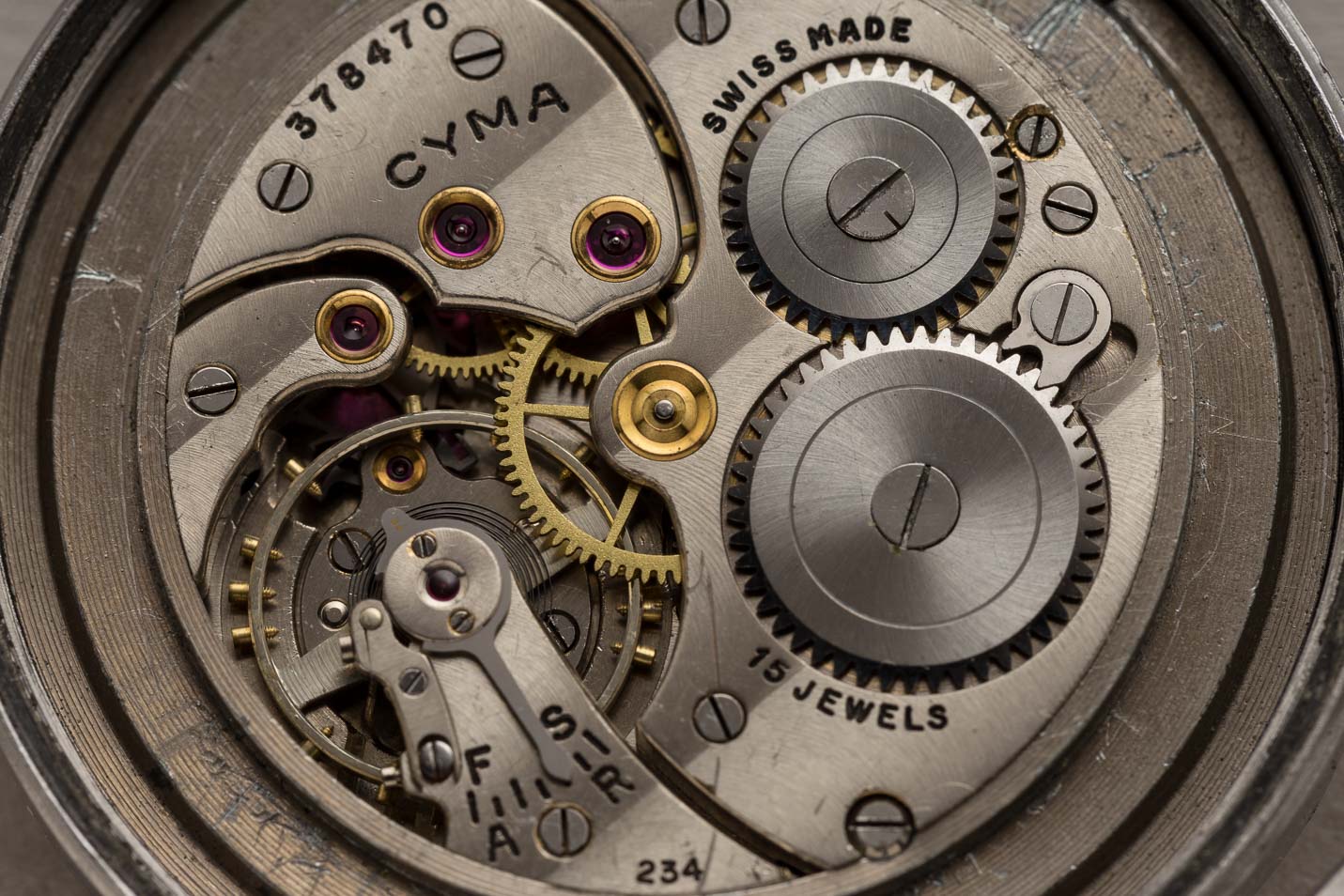 Cyma were one of the largest producers for the MoD, behind only Omega and Record, and produced an estimated 20,000 watches for the military. Following the War, Cyma continued to leverage their pre-war partnership with Tavannes Watch Co, with both manufacturing watches under the independent Cyma and Tavannes names, as well as some models having Cyma-Tavannes or Ta-Cy branding. In the face of declining sales, both brands ceased production in 1966, before being bought and sold several times. Cyma is still trading, sold through retailers that appear mostly in Asia, under the motto, “In time you’ll know”. 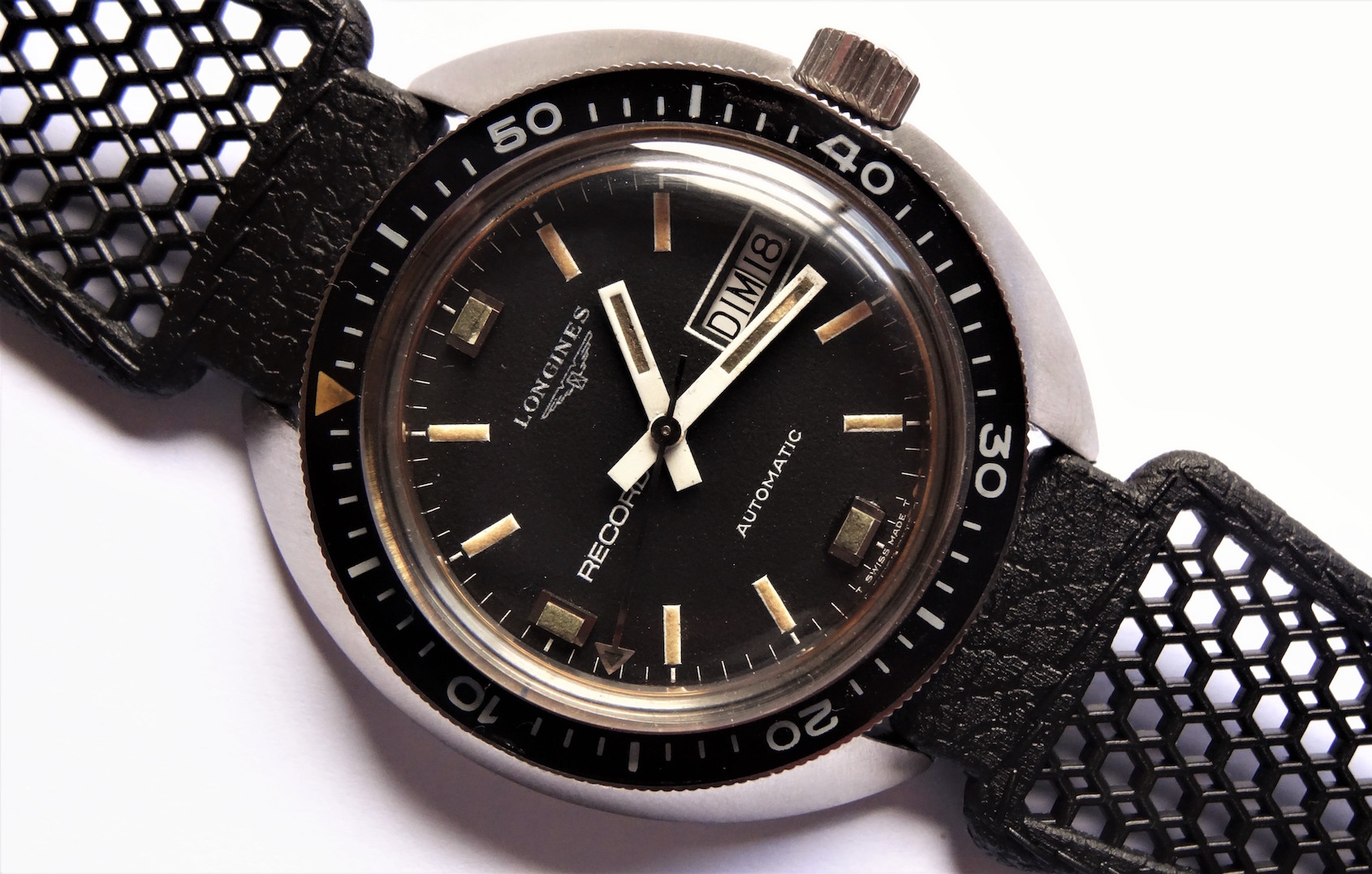 The Record watches made for the allied forces were produced in a chrome-plated alloy, which makes finding a piece that has survived intact a challenge today. In saying that, they were produced in larger quantities than other member of the Dirty Dozen, with 25,000 of them being delivered to service personnel. With the successful order to the Allied forces completed, Record had a foray into American railway pocket watches, producing movements to the specifications of the Ball Watch Company who were manufacturing watches for the growing US rail system. In 1961, Record was bought by Longines, with a brief period of watches produced with both signatures on the dial, before the Longines branding prevailed. 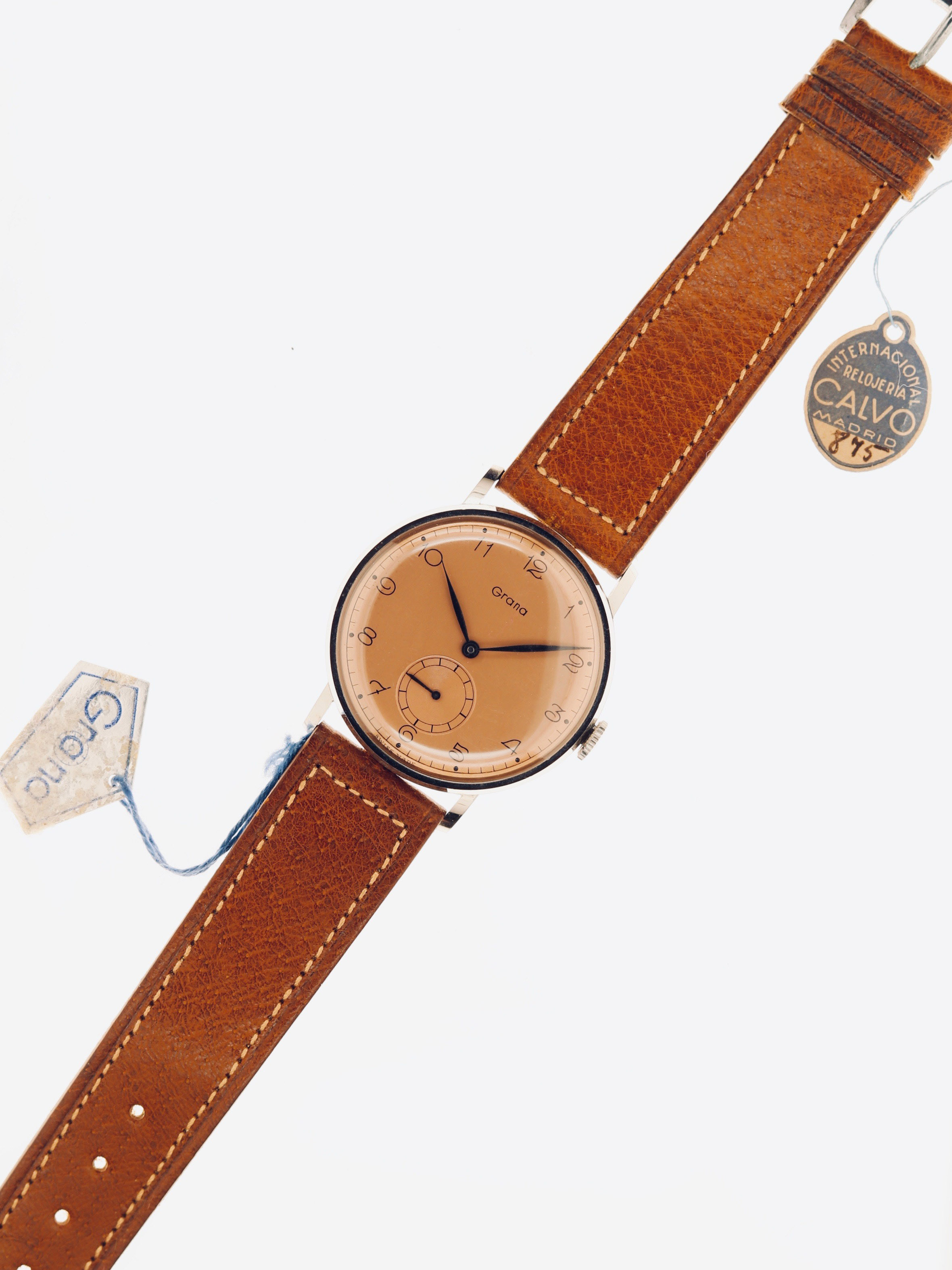 A charming vintage Grana circa 1947, only two years before the Grana name disappeared. Image: joseph-watches.com

Finally, we get to Grana, the rarest of the Dirty Dozen, with an estimated 1000-5000 watches being produced to MoD specifications. Despite being branded Grana, the watches were actually made in the Certina factory (named Grana, short for Granacus, the Latin name of Grenchen where the brand was established). Certina was registered as a brand name in 1939, and became the sole name on the dials of watches by 1949, making it almost a stroke of coincidence that the MoD watches were branded Grana instead of Certina, which they transitioned to a very short time later. Certina are still producing watches, bought by the current Swatch Group in 1983, and focusing on a core range of sports watches and diving watches.