When it comes to Omega dive watches, the Seamaster 300 is an enthusiast favourite. Yes, the Diver 300M collection is hugely popular, but for those who aren’t after a contemporary design and prefer the softer and more balanced designs of the Omega archives, then the Seamaster 300 is where you may well eventually find yourself. For 2021, the Bienne-based watchmaker has reinvigorated the collection with all new Omega Seamaster 300 references that remain faithful to the original design, but have a few key updates. With that in mind, we wanted to take a closer look at the new Omega Seamaster 300 versus old variations and unpack the key differences. 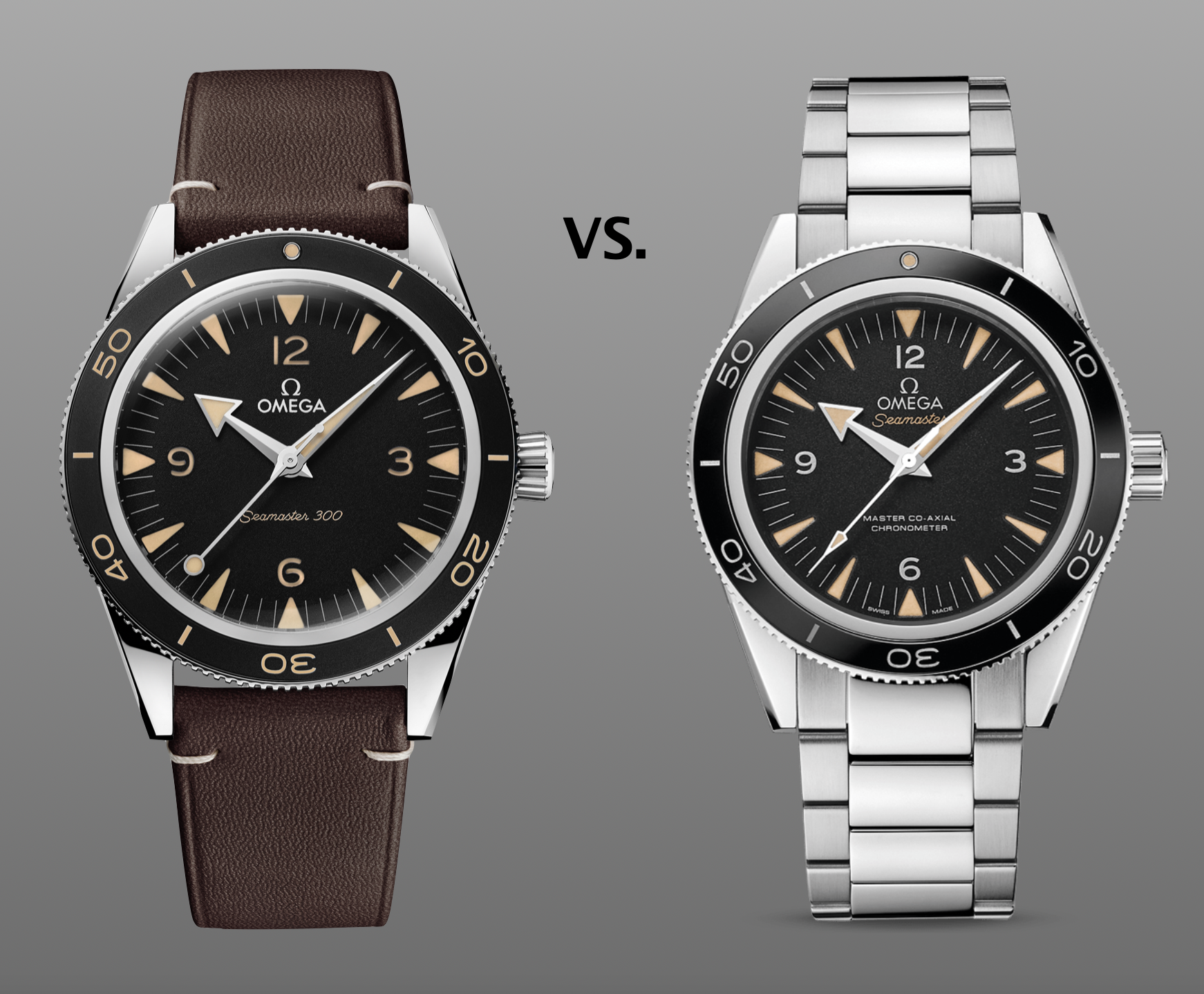 The new 2021 Omega Seamaster 300 (left) next to the previous generation (right).

This year the Seamaster 300 has received a totally new dial, both in its construction and in its details (which we’ll get to in a minute). It features what is known as a sandwich dial, which is a first for Omega and basically means that it has two dials sandwiched together to add more visual depth. 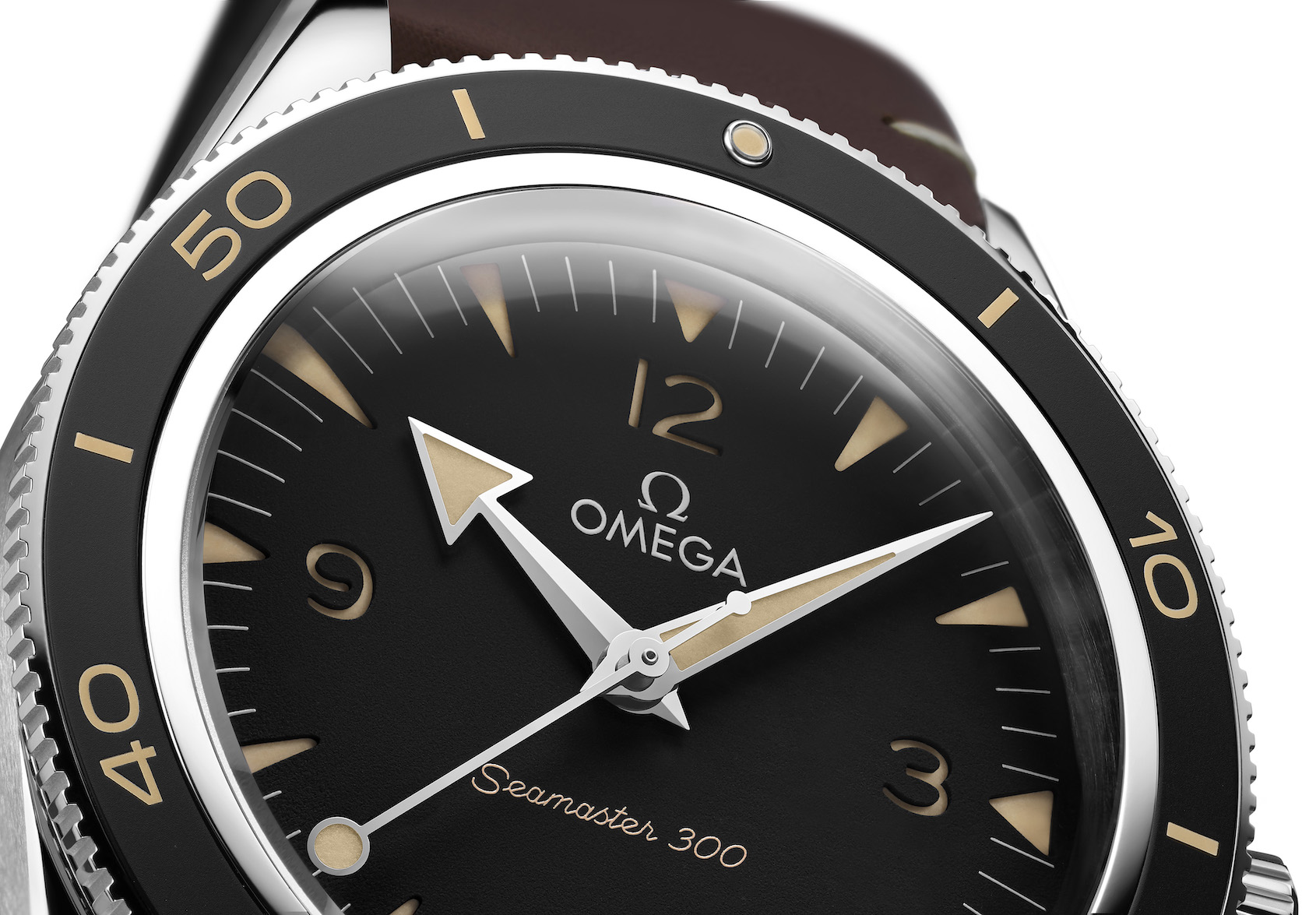 The baseplate of the dial is German silver, which is coated in vintage-coloured Super-LumiNova, before being covered with the second dial of common bronze which has the hour markers and numerals cut out to show the Super-LumiNova underneath. The common bronze upper dial is also subject to a special ageing process to oxidise it slightly and create a very dark brown shade across the dial.

The dial is larger 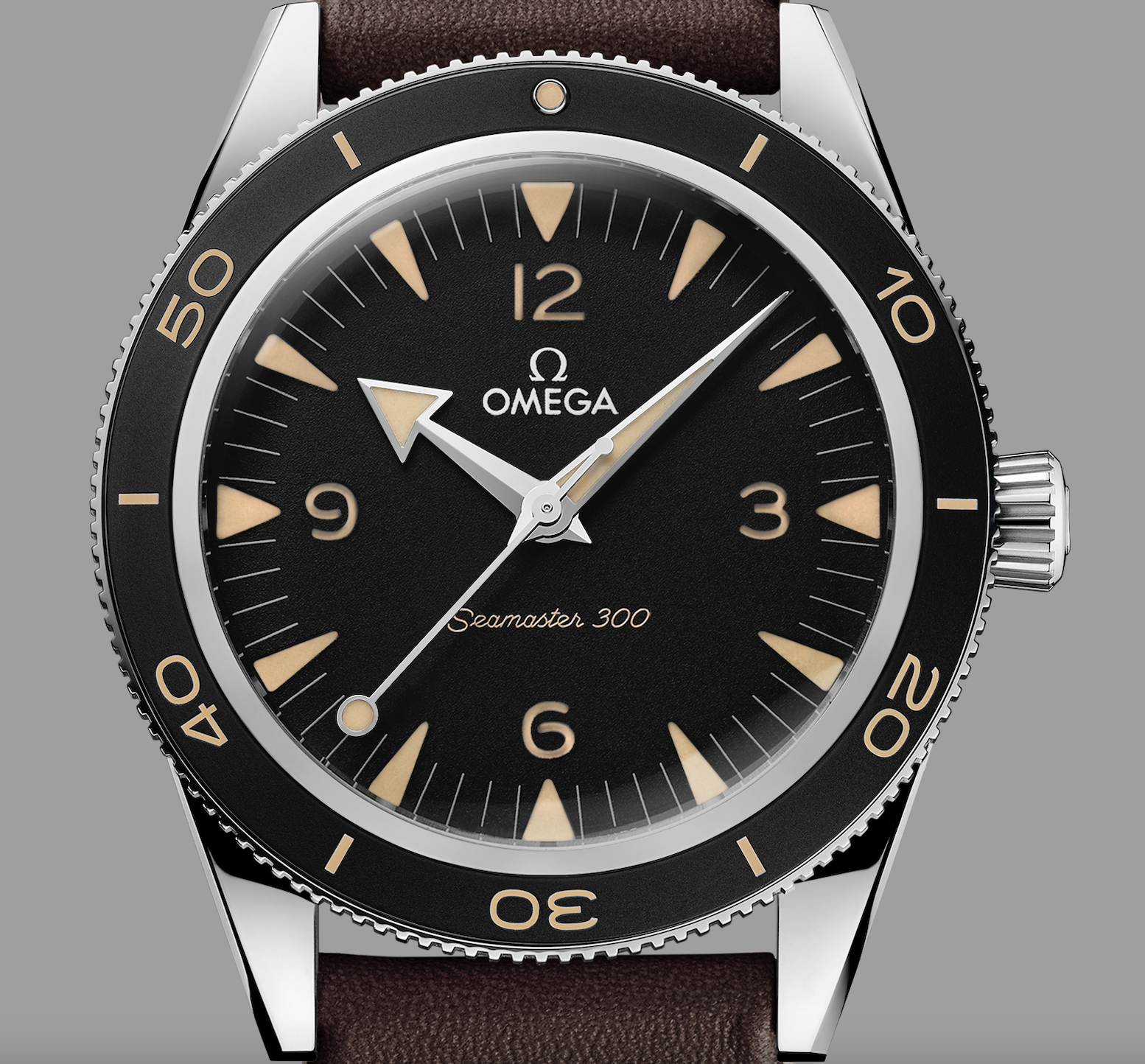 The dial certainly looks larger, but sometimes you think your eyes might be playing tricks on you and it’s actually the case proportions that have changed. For the new Seamaster 300 the dial is definitely larger, growing from 29.5mm to 30.4mm while the case has stayed the same 41mm in diameter. Perhaps this size increase was necessary for machining the cutout sections of the upper dial, but regardless as to why the size was changes, the additional negative space seems to further emphasise the hands and hour markers.

The dial details have been refined

One of my favourite features of the new design is the font used for the Arabic numerals at the cardinal points of the dial. The open 3, 6 and 9 numerals are a lovely vintage nod and were also necessary for the sandwich constriction to be executed effectively. If the numerals were closed, the cutouts for the 6 and 9 numerals would need an applied black circle to create definition in the number. 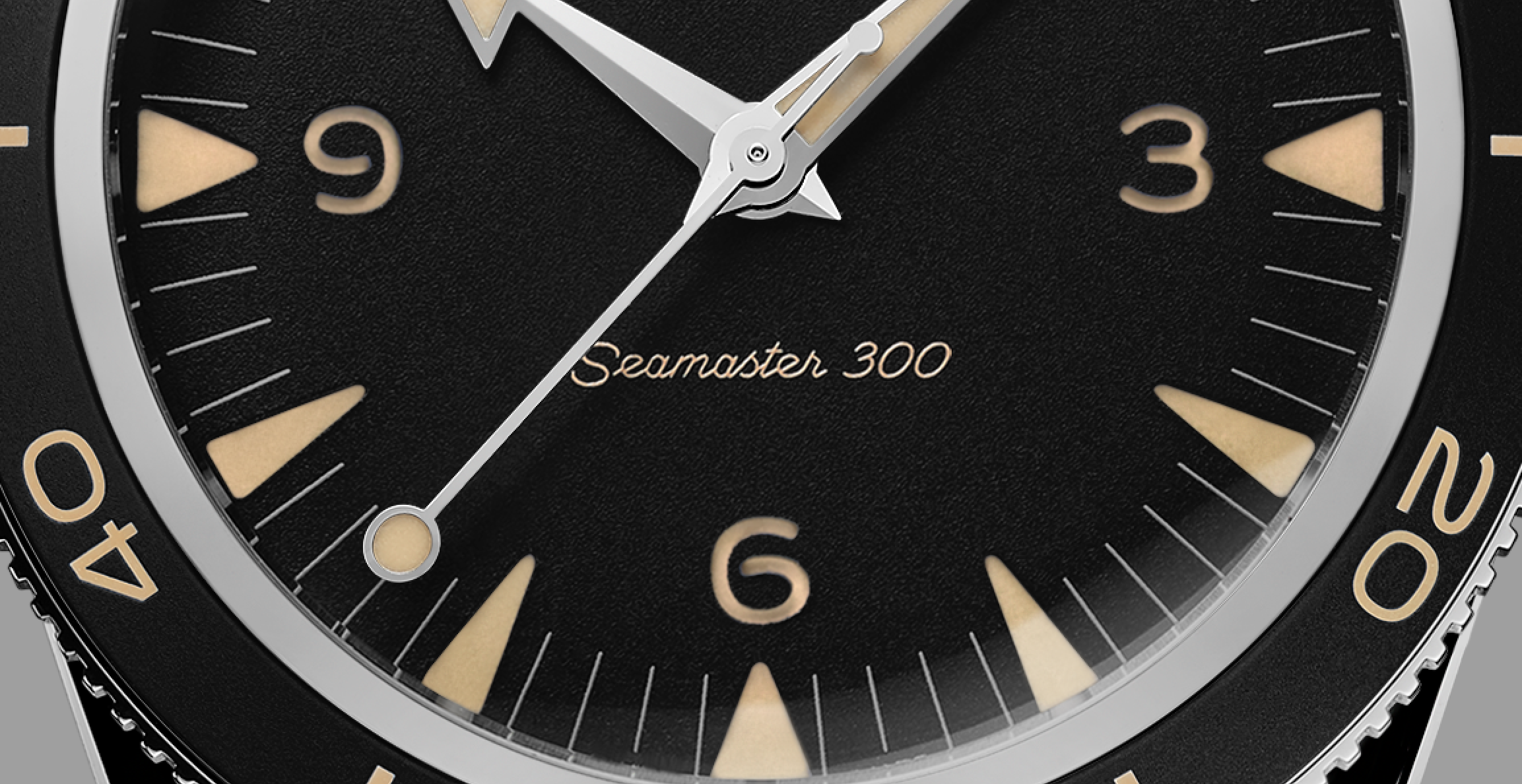 Another change this year is the seconds hand, which is now in the lollipop style. In the past, the Seamster 300 had a similar seconds hand to the chronograph hand on a Speedmaster, but has been changed to the lollipop that was used by Omega in Seamaster 300 references in the early 1960s, shortly after it was launched in 1957.

Finally the last difference that contributes to the sense of additional space on the dial is the removal of much of the text of the previous generation, with just the “Omega” logo at 12 o’clock and “Seamaster 300” at 6 o’clock. All mention of the movement has been shifted to the casebook.

The case is thinner 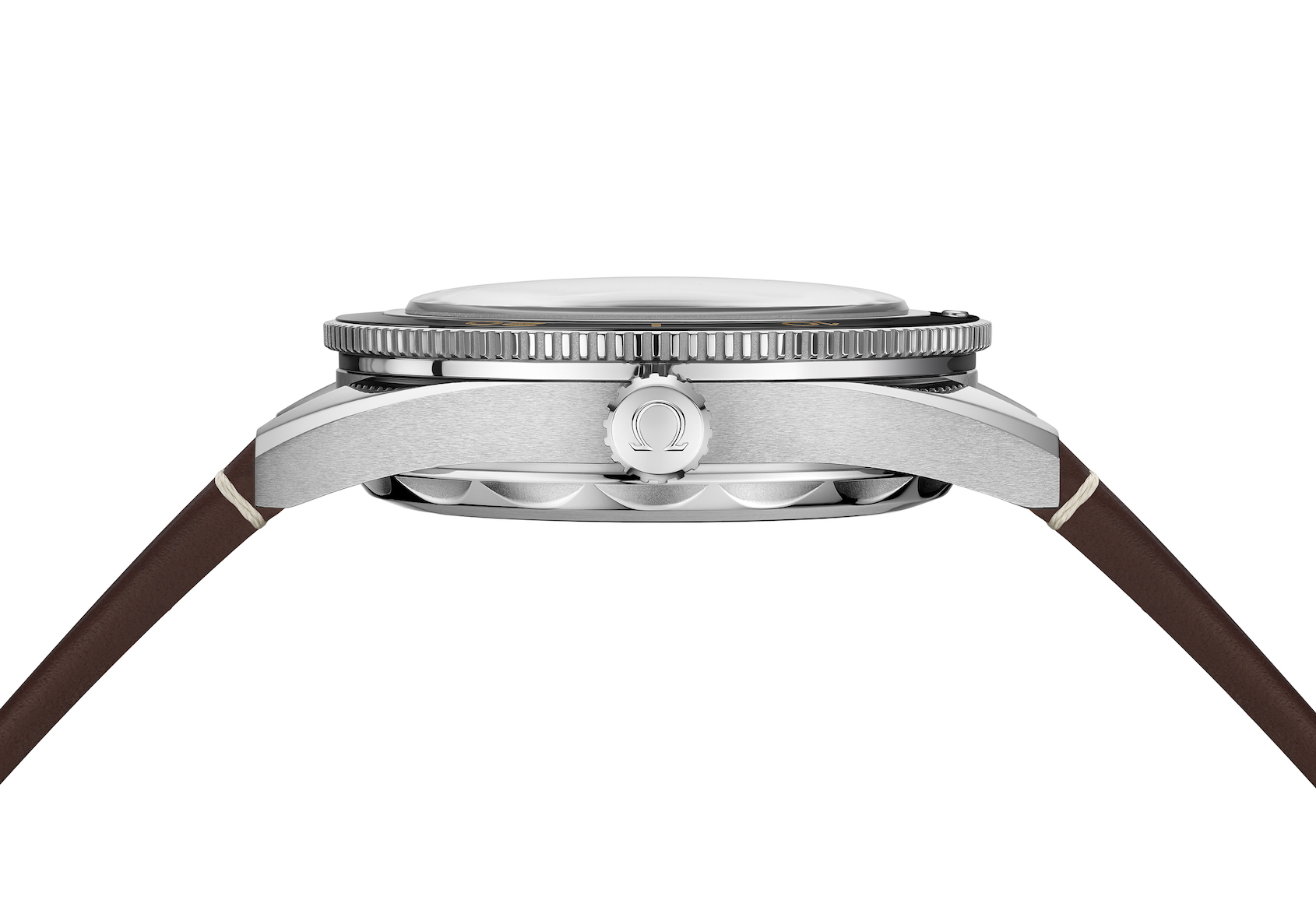 Thinning out watch cases might be the single specification change that is most appreciated by the watch-collecting community. Invariably it makes the watch more wearable, slightly more refined and much less top heavy. That’s exactly what Omega has done here, thinning the case down to 13.85mm from around 15mm in the previous generation. The brand has achieved this despite the crystal being more heavily domed over the dial than in the past, which is another nice vintage aesthetic touch.

There are three pretty common complaints about watch bracelet design, and Omega has addressed them nicely. Firstly, when the end link of an integrated bracelet adds significant length to the lug to lug measurement it will make the watch wear much larger than the spec sheet suggests. Omega has changed the design slightly to allow the bracelet to wrap around your wrist much more quickly, making it more comfortable. 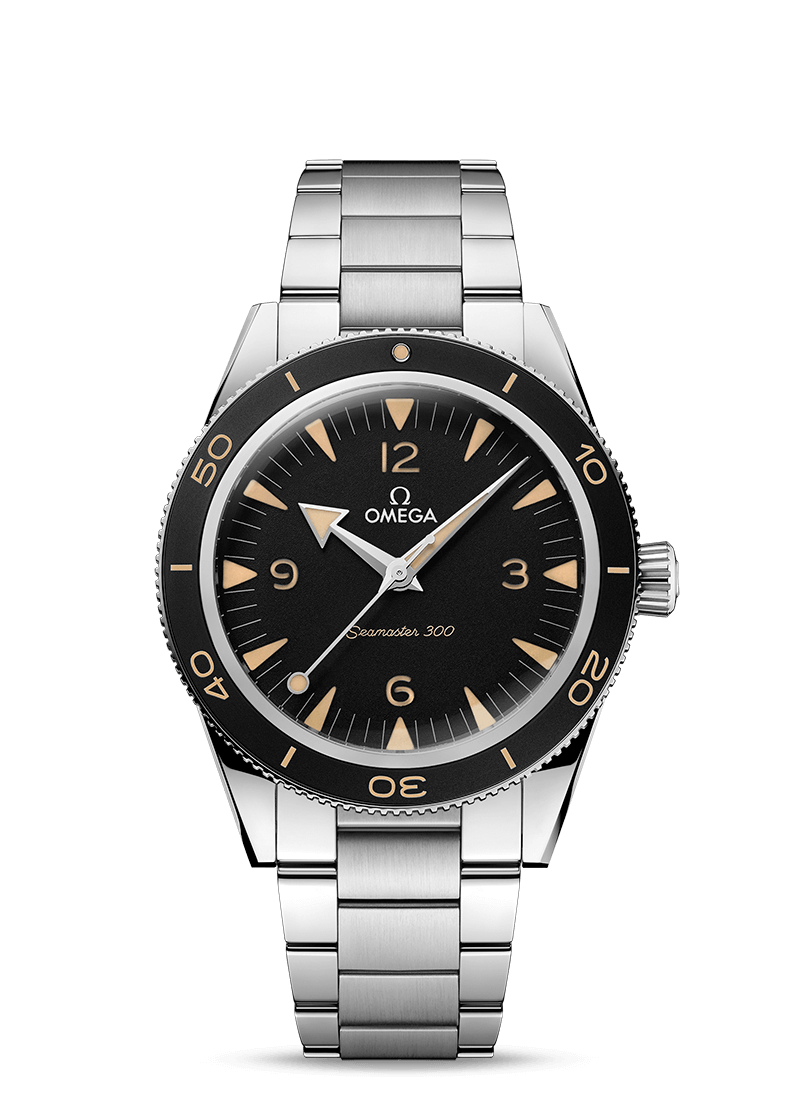 Secondly, the bracelet tapers from 20mm at the lugs to 16mm at the clasp, making it feel much more refined on the wrist. Compared to bracelets that don’t taper, it also removes some weight and makes them feel generally less bulky.

Finally Omega has introduced a three-position extension clasp, allowing for micro-adjustments that make a bracelet watch just that bit more comfortable to wear all year around.

The movement is better 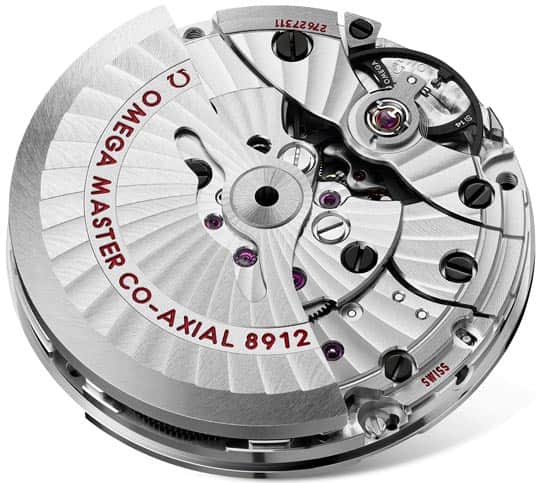 As you might have anticipated, Omega has updated the caliber powering the Seamaster 300, introducing the Co-Axial Master Chronometer Calibre 8912 that will supersede the older Calibre 8400 in the previous generation. The key difference is that it is a Master Chronometer-certified by METAS to deliver even greater accuracy and reliability.