Chopard have had a really solid last couple of years when it comes to their new releases, and all told they did not disappoint at Baselworld 2018. Some funky new colours were added to the Mille Miglia line, but one of the real stars of the show was this new take on the L.U.C Quattro. Past iterations of the piece, while technically brilliant, have always come off as quite conservative. For 2018, the Quattro takes on much more casual airs, and though limited to only 50 pieces worldwide, we can’t help but hope that a similar variant will make it to series production further on down the road. Here’s what you need to know about this rose gold gem while they’re still on the market. 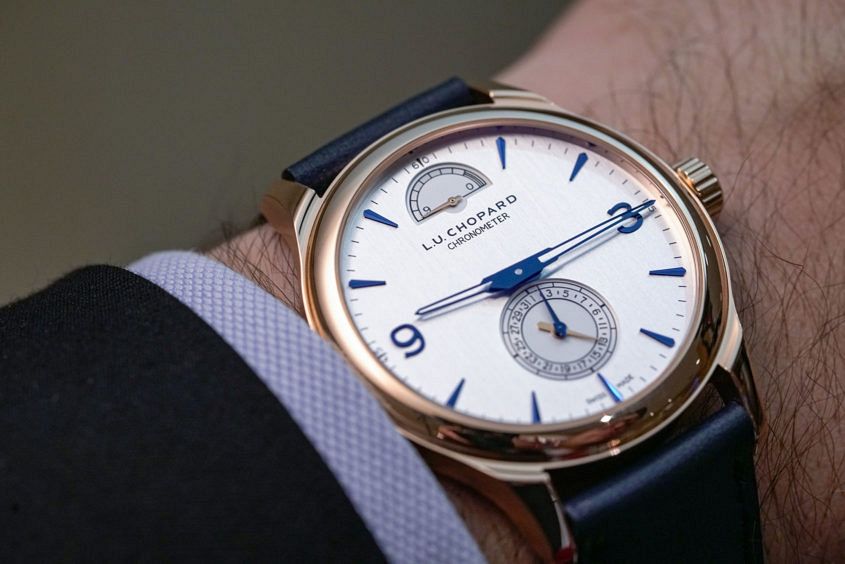 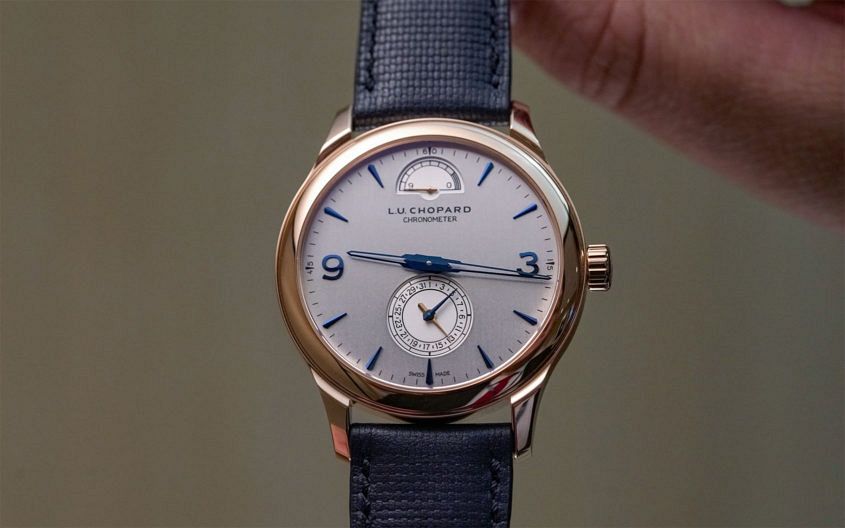 At its core, this is pure Chopard L.U.C fine watchmaking at its best. The hand-winding caliber of the Quattro is an impressive one, delivering a 9-day power reserve from four stacked mainspring barrels (two stacked pairs), all crammed into a very modestly sized caliber. Believe it or not, the caliber itself is only 3.7mm thick — thinner than the conventional 3-hand caliber 2824 from ETA, for that matter. This isn’t a new caliber by any stretch, having first launched in 2000, however it’s still an impressive one to this day. The watch itself clocks in at 43mm across, and 8.84mm thick, so it’s not in compact dress watch territory, but close. For 2018, Chopard opted for a satin-brushed dial and blued indices and hands that give the piece a much more relaxed look than the past variants, most of which featured Roman numerals. The prototype version we viewed at Baselworld featured skeletonised hands, though we are told the production hands will be lumed. While adding lume is nice touch from a practical standpoint, the open hands worked quite well and didn’t seem the least bit out of place. 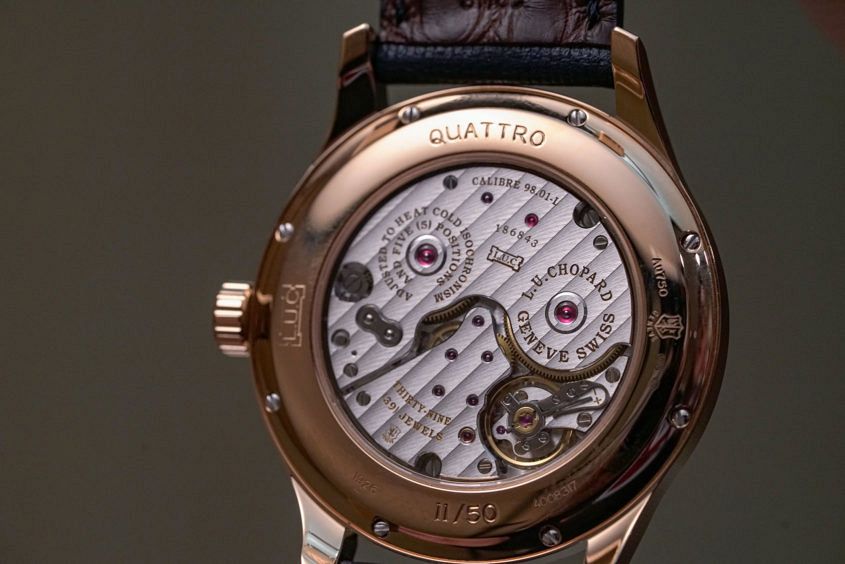 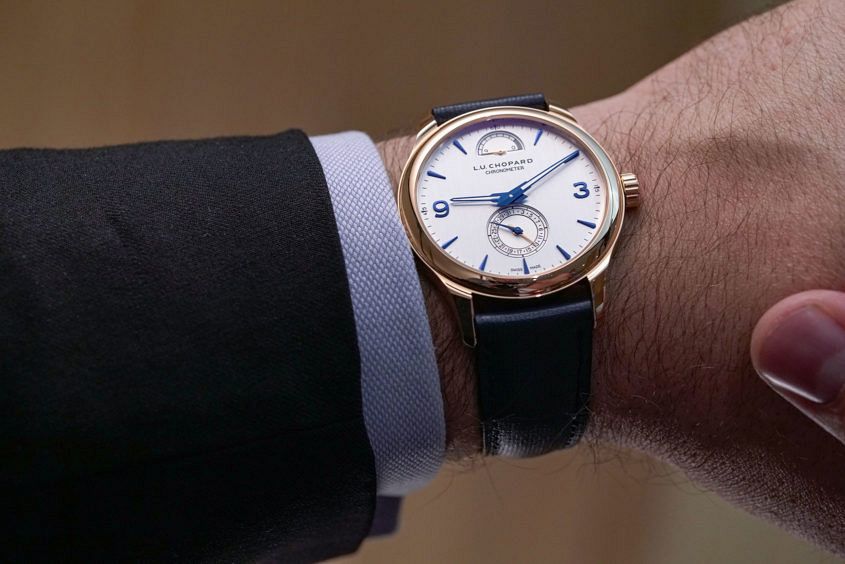 There’s just something about this new Quattro that screams “daily wear” for me. Dressy and slim enough to go full-on formal, with vintage-style blued indices that would contrast nicely against a pair of jeans. I hope Chopard won’t take offence to this, but I can’t help but be reminded of the classic Omega Seamaster sub-seconds dress watches from the ’50s, though in a more contemporary execution. The moral of the story is: it’s casual, it’s comfortable, and beautifully versatile.

Everyone. Literally everyone. Granted, you have to appreciate the process of hand-winding, and not be afraid of a dressy watch whose case is more than 40mm in diameter.

This piece was slightly unexpected, but not entirely, as Chopard have made other moves into the more casual/versatile watch world lately. The fact that it’s limited to 50 pieces is a bit of a shock, though hopefully new variants are in the pipeline (Steel? Please!)