Nothing raises the heart rate of a watch enthusiast faster than the story of a tool watch being used in the environment it was originally designed for, which was why I almost needed to call an ambulance when Nic told me the story of his Bremont ALT1-WT made for his RAAF squadron. Nic’s job is flying the fuel tankers of the sky, Australia’s KC-30s, which are able to refuel other aircraft while mid-flight. In his squadron’s collaboration with Bremont, they customised a number of elements of the original watch, including striping the GMT hand the same colours as their refuelling boom, editing the world timer ring to reflect the airport codes of locations they’ve operated out of, and adding their unit crest to the sub-dial at 9 o’clock. It’s one of the coolest custom watches I’ve ever seen, so without further ado – what sealed the deal on Nic’s custom military Bremont. 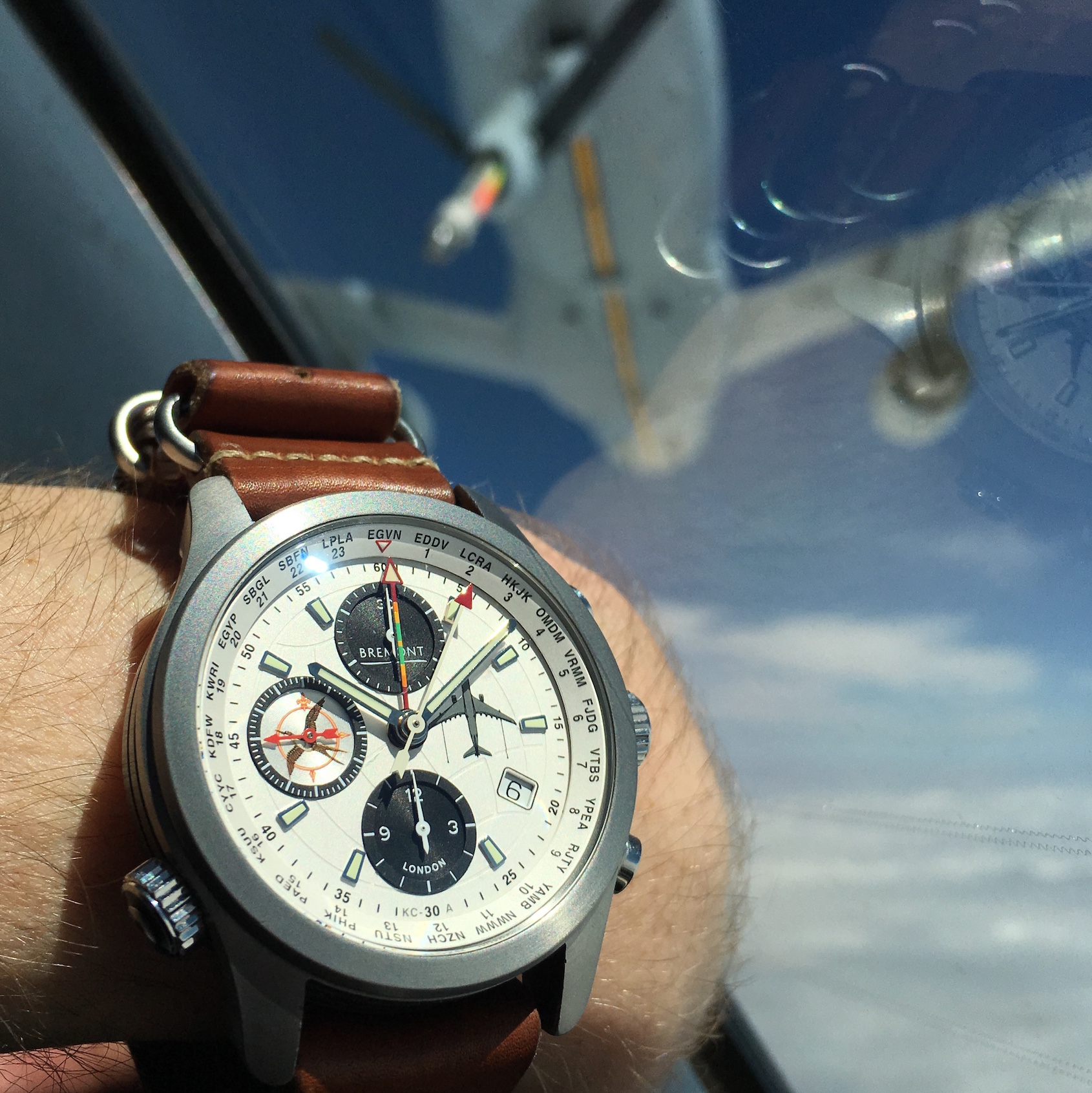 I first heard about the Bremont Watch Company when I was undertaking my pilot training. One of our flying instructors had ejected from an aircraft the previous year and was in the process of purchasing the MBI he’d become eligible for, telling us the story of Bremont and the positive experiences he’d had with them. However, at that stage in my life as a trainee pilot about to buy my girlfriend an engagement ring, I was not in the market for a luxury watch.

For a bit of background, it’s not uncommon for aircrew at a military flying unit to commission a bespoke watch project to commemorate their time there. After pilot training I was posted to a squadron that had just taken delivery of a new aircraft type so there was no existing project for us. We were also relatively small at the time which meant that the big, established aviation watch brands had no interest in working with us. 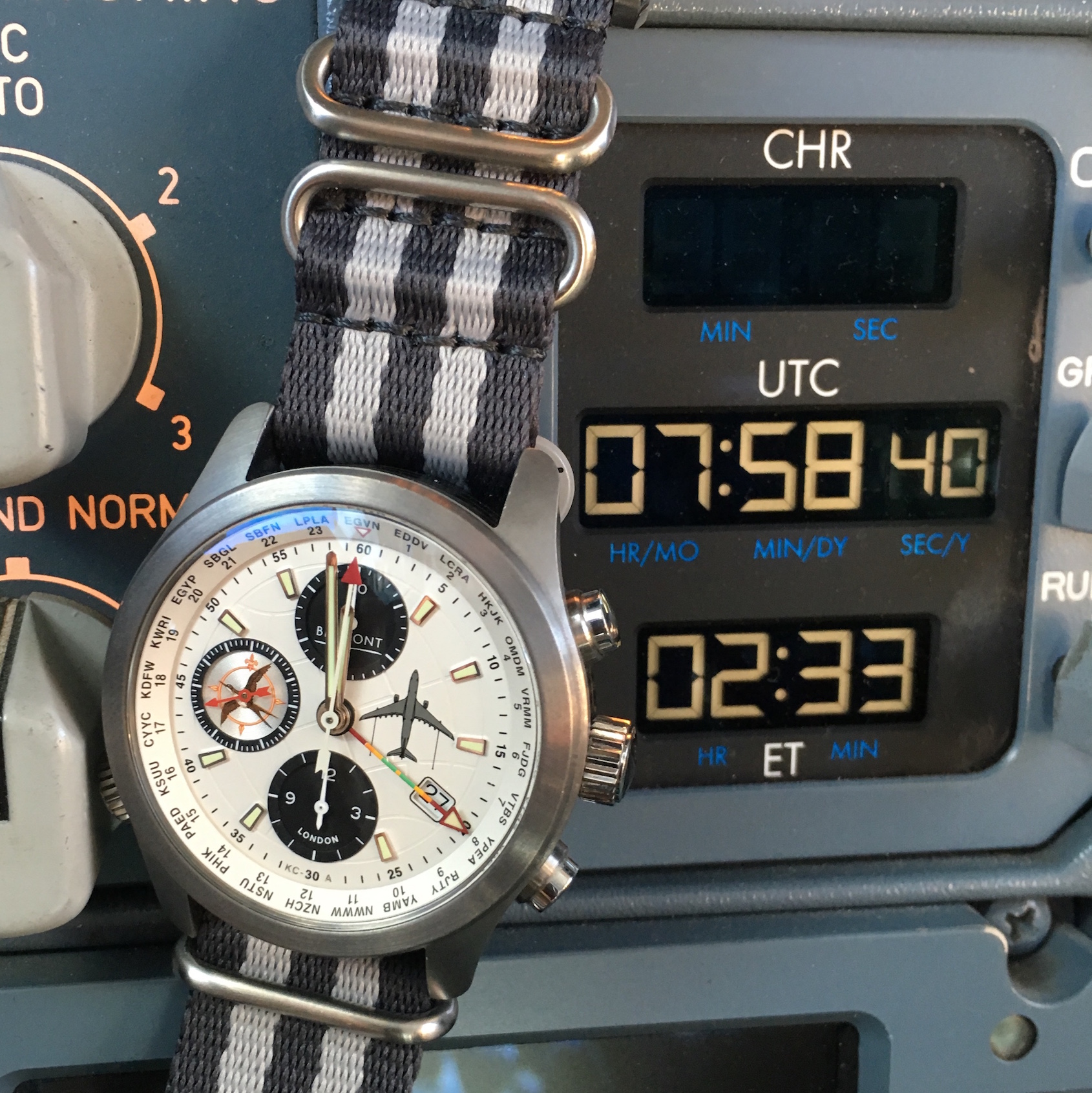 After a few years, I began following Bremont Military on Instagram and when they posted designs for a watch featuring a similar aircraft to my own, I got in touch with them right away. The team were prompt to respond and enthusiastic in helping to bring the project to fruition, exchanging drawings until we were happy with a final design that was unique to our aircraft and squadron. The sample dials really sealed the deal for me as I was amazed by the level of custom detail they were able to offer.

To be honest I was surprised that we made it over the line! Initially, I struggled to convince enough of my colleagues to sign up for what many viewed as a relatively expensive piece of squadron merchandise, but over a few months we got there. All up, it took nearly 12 months from the initial correspondence to delivery of the final product, but it was well worth the wait. And now with Bremont’s growing Australian fanbase, it’s becoming more common to see fellow aviators wearing custom projects of their own, making for great conversation starters. 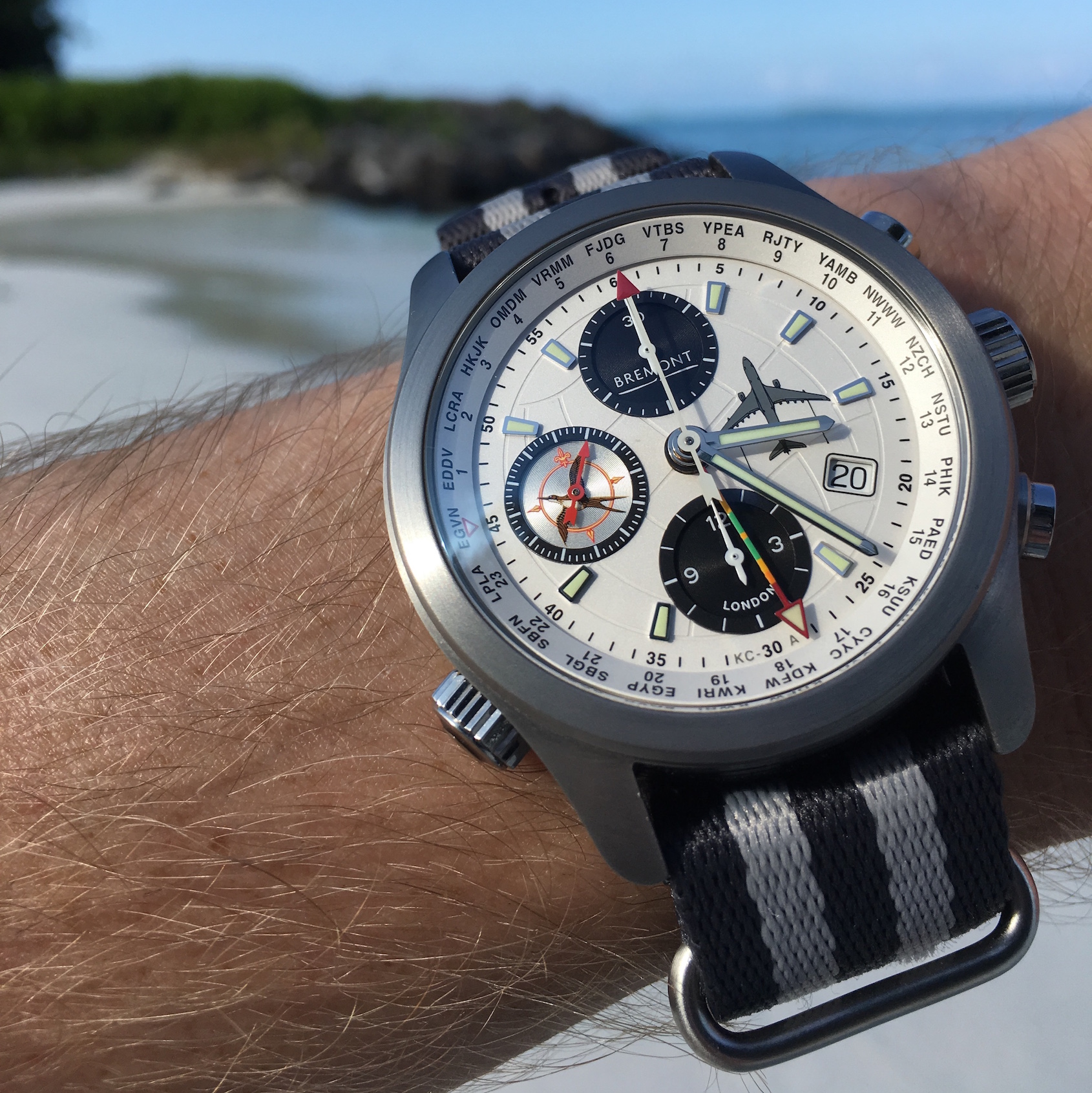 I wore it every day for the first two years I owned it. I also became a little addicted to buying new straps for it, which really changed up its look and added a great deal of versatility. It’s only now that I’ve purchased another ‘nice watch’ that it’s finally getting a break (but not much of one).

I really appreciate its weight. As it was the first mechanical watch I’d ever owned, I was surprised by the feeling of the spinning rotor on the wrist but as soon as I was used to it I began to miss it if I wore anything else. It’s on the large side (43mm) and the dial is busy, but if a pilot can’t have a big complicated watch then who can?