That’s right folks, we’re at it again, clawing our way through our top choices with an ever-ballooning budget, and believe it or not, this was our toughest category yet. The $3000 to $4000 category seems to have run a little thin for 2016, but we’ve still been able to round out a healthy assortment of picks that would make a nice (and in some cases quite peculiar) addition to your growing watch brigade. Again, we’ve  snuck in a couple of big guns just under the $4k cap including one of our favourite releases of the year from a brand our own Andy Green just can’t stop talking about. Will they all be to your liking? Doubtful. Will you find a few to add to your shopping list? Hopefully. 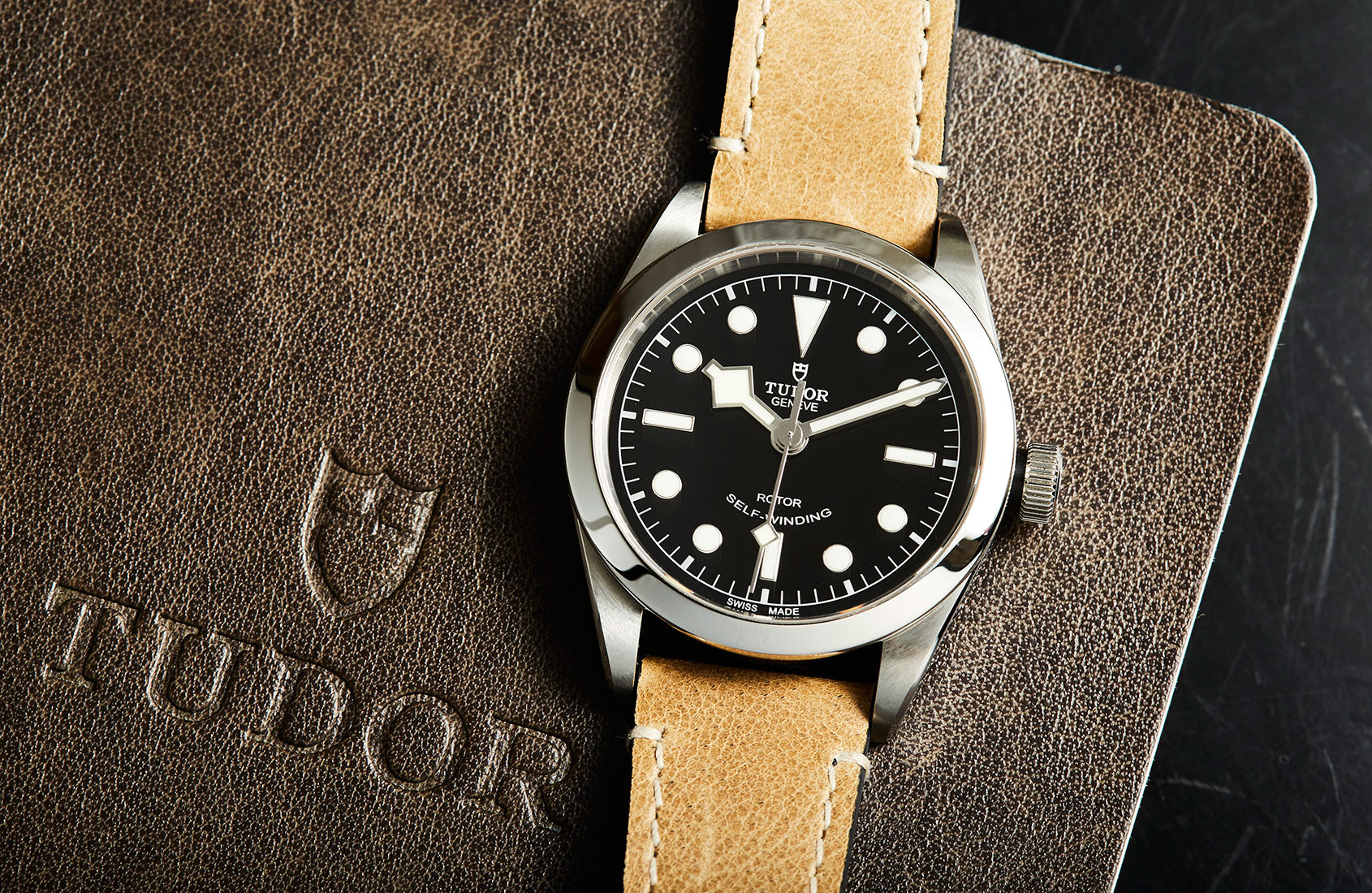 Not only does the Black Bay 36 top our list of $3-4k watches, it has also hands-down grabbed a spot on the list of the best watches of 2016. A compact 36mm case, glossy black dial and snowflake hands are just the tip of the iceberg — its bracelet, fabric, and leather straps mean you can take it from casual to office attire, and being a Black Bay (with 150m of water resistance and a screw-down crown), it makes a mighty fine travel watch. Most versatile new release of the year? Pretty close, so long as you don’t have hulk wrists. RRP from $3400 AUD 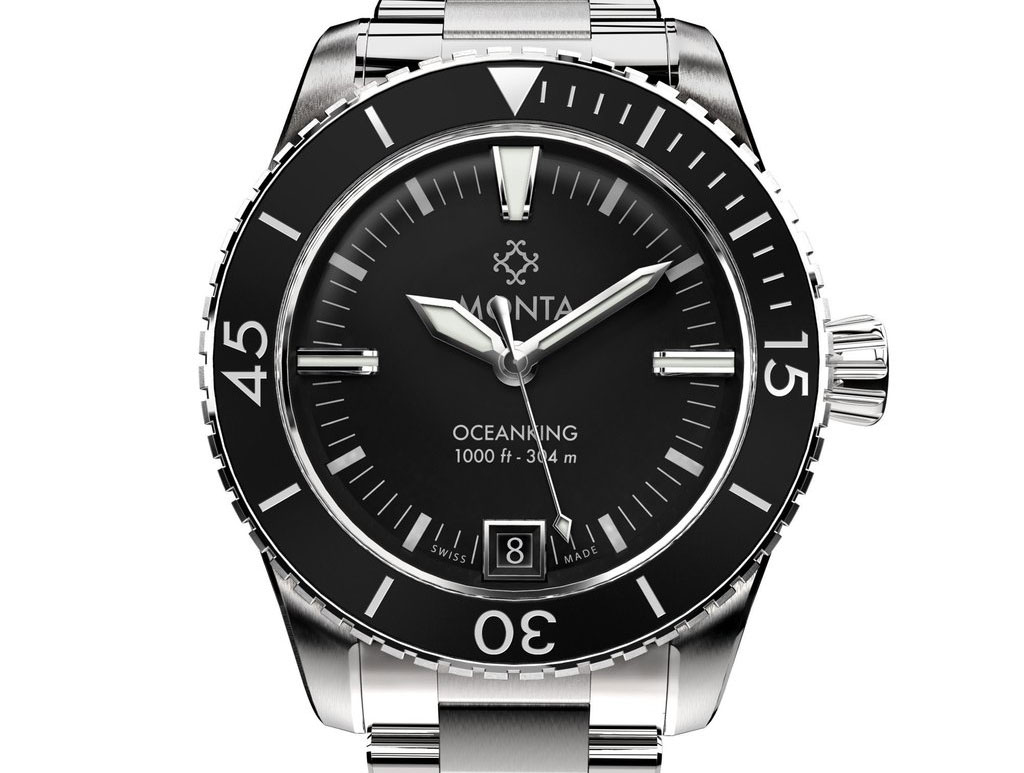 You may not know the name unless you’re a hardcore Rolex guy, because these fellas are the team from Everest Bands, who produce some of the best aftermarket straps for Rolex you can find. Anywhere. That longstanding passion for the mighty crown of the watch industry led them down a path of creation where no detail could be overlooked, and the end result is one fine looking dive watch. Being a black-dialled steel diver it won’t necessarily be to everyone’s tastes aesthetically, but for anyone after a sleek and well-executed diver powered by a respectable calibre (Eterna 3909A with a 65-hour power reserve) with finishing that rivals the likes of the Tudor Black Bay, we say it’s worth a look. RRP $3550 USD 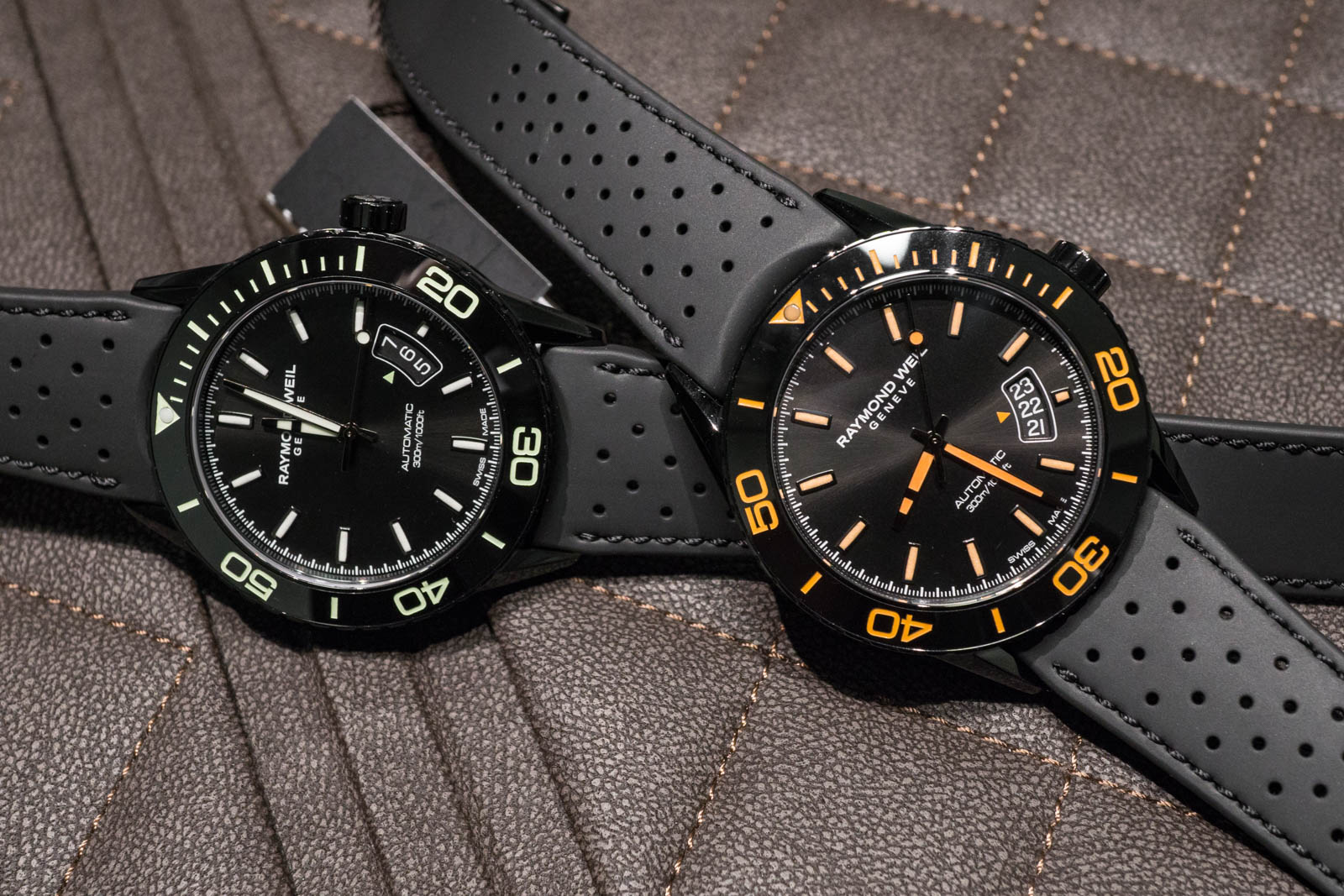 In an interesting change of tune for Raymond Weil, the brand threw their hat into the world of dive watches for 2016 and their first effort is a pretty solid one. Rather than trying to reinvent the wheel, the brand looked to the archives of classic watches and penned a simple, understated 300m diver that offers great value for money. The 42.5mm diver has a supple, perforated rubber strap with micro-adjusting clasps, making it extremely comfortable to wear especially if your wrists are on the svelte side. The line includes five variations, but the PVD black-cased versions with either orange or mint green indices are the highlights.  RRP $3595 AUD 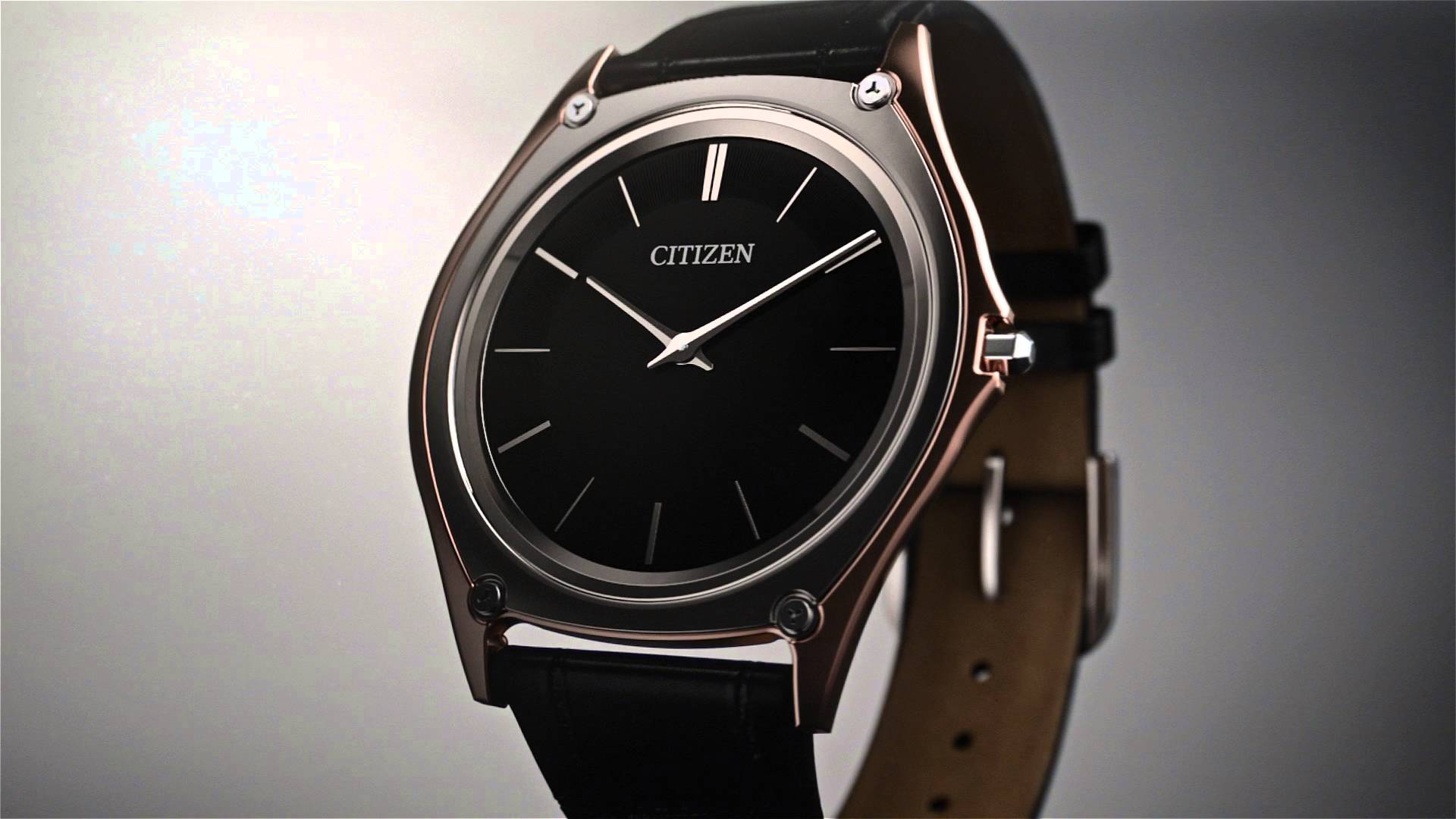 It’s not every day that a brand like Citizen rolls out something especially groundbreaking, but 2016 was not your average year. The Eco-Drive One is a remarkably thin variant of their light-powered quartz timekeepers, and a mighty fine way of celebrating 40 years of the Eco-Drive caliber. The entire watch is only 2.98mm thick, and as the name suggests, its movement is one millimetre thick overall. Given its fairly conservative design — and let’s face it, on account of the brand name on its dial — this is a very niche piece that you won’t see out in the wild all that often. To some, that’s all the more reason to track one down. RRP $2200 USD 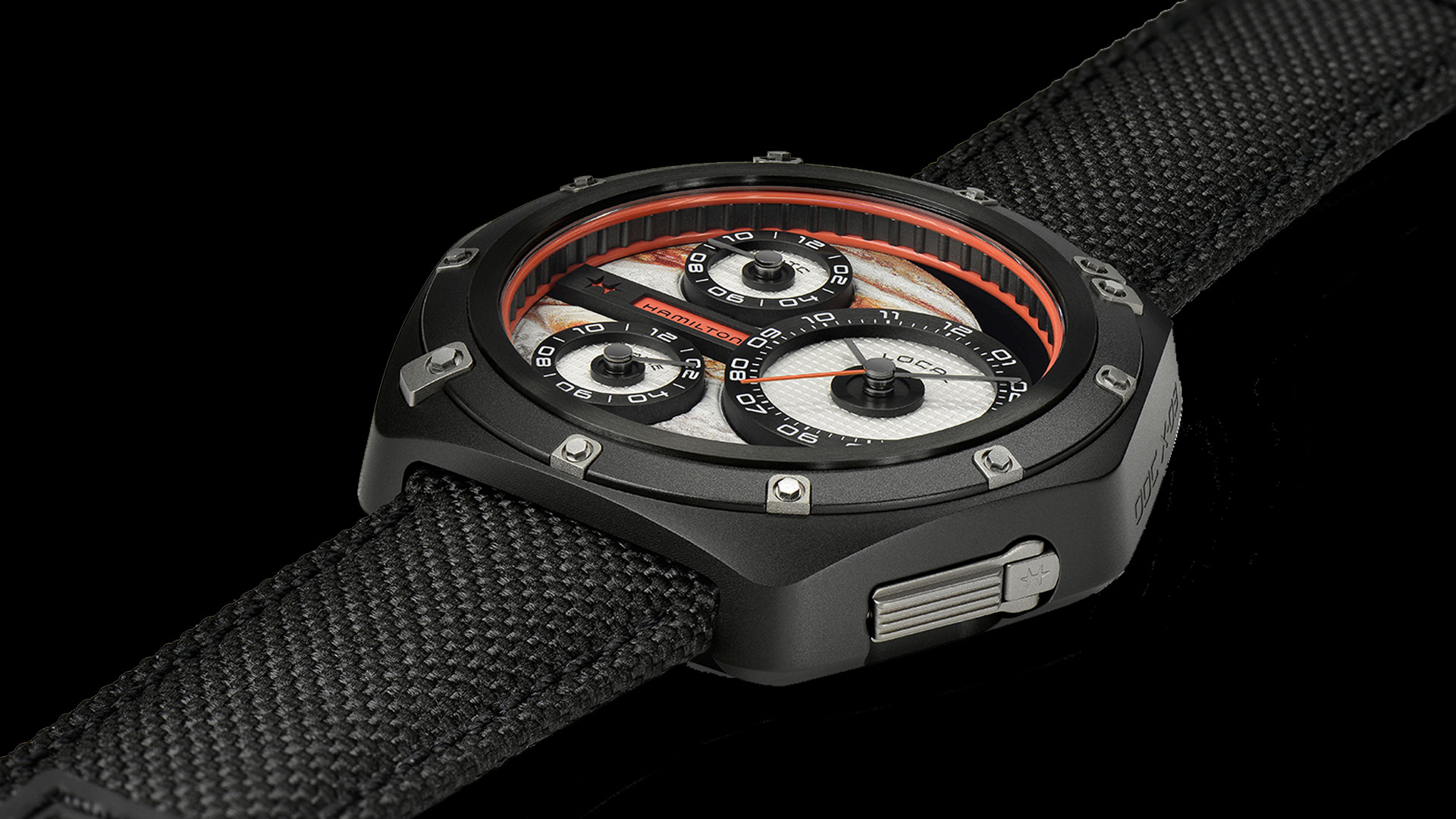 Launched in November during Hamilton’s Behind The Camera Awards in Los Angeles, the ODC X-03 is another odd creation. Designed by Nathan Crowley, Oscar-nominated production designer of the film Interstellar, the new piece is properly spaced-out not only in design, but also in its peculiar mechanics. Its local time runs a compact ETA automatic movement, whereas UTC and home time are individually powered by two separate quartz drivers. That’s right, three movements crammed into a case not too dissimilar in proportion to that of a Linde Werdelin. Having seen it in the flesh, it’s surprisingly handsome and comfortable, though at just north of $3k for a Hamilton it’ll be a bit of a stretch to talk some buyers into it. Indicative RRP $3600 USD 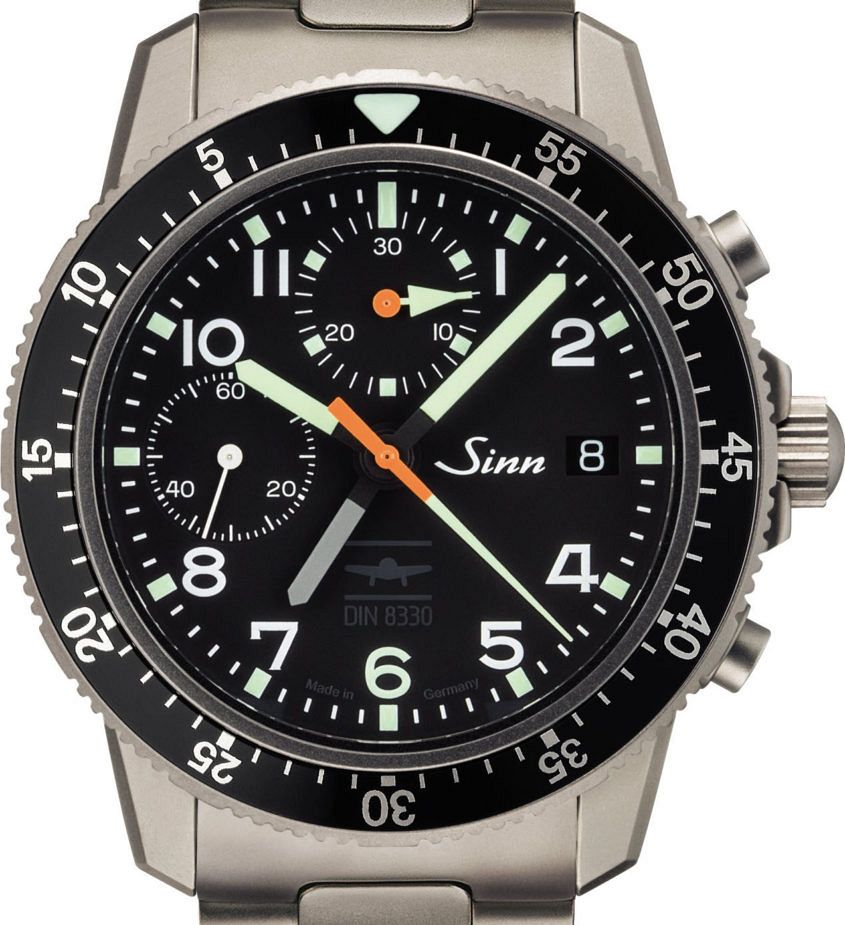 We can always expect pretty bulletproof staples from the likes of Sinn, and this year they certainly didn’t dissapoint. Much in the same way that ISO 6425 is the baseline standard for any proper dive watch, Sinn took the lead with the German government in establishing DIN 8330 — an industry standard for German pilots’ watches that ensures safe and reliable functionality in the cockpit. Under this new standard, all models are rated to 200m water resistance, and tested for functional accuracy between –45°C and +80°C. Pretty cool, right? Both a UTC and a chronograph were unveiled with this new certification, however the titanium chronograph on bracelet is our favourite of the lot. RRP $4050 AUD 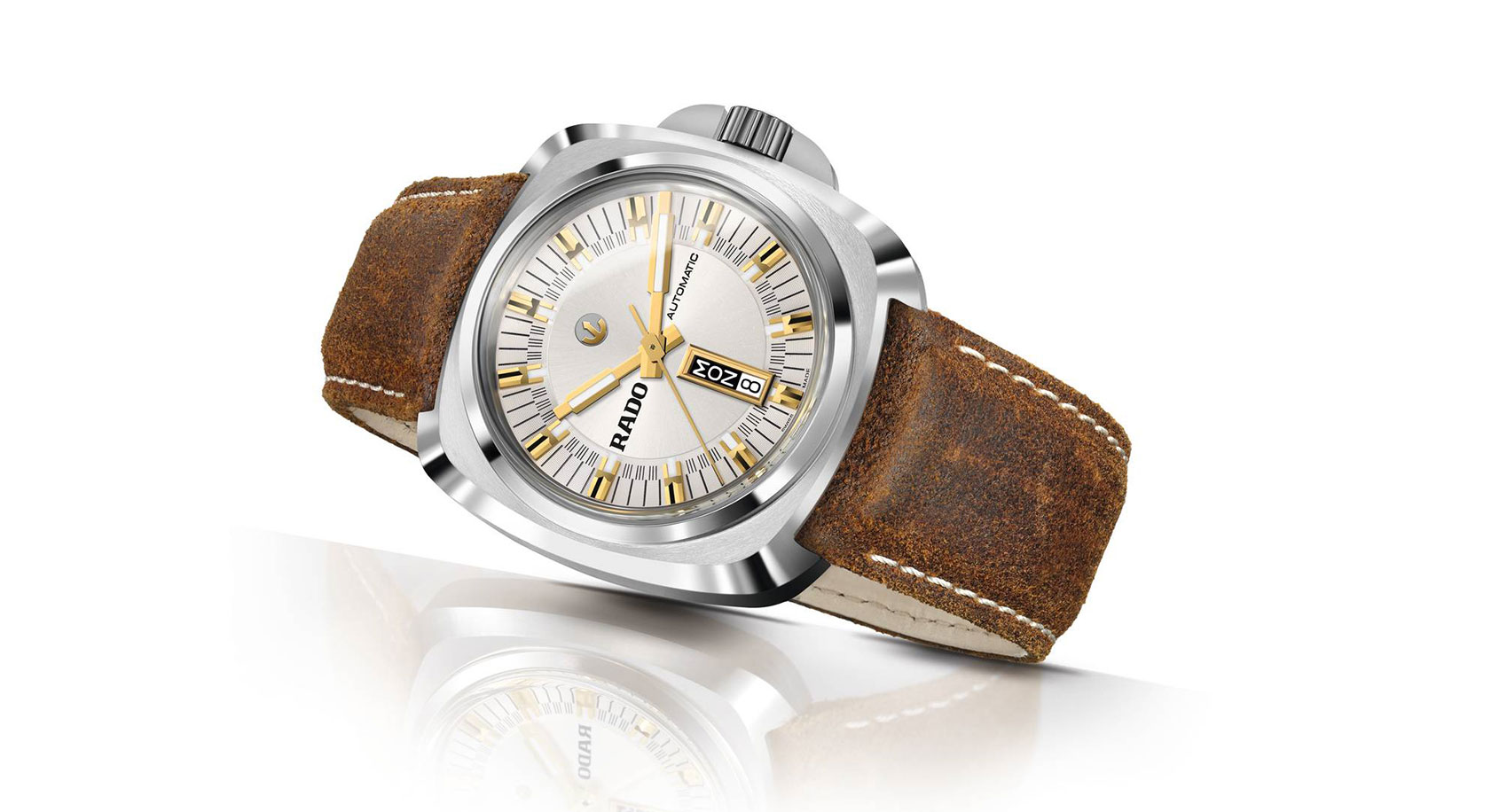 Rado doesn’t always get the attention it deserves from jaded watch geeks, but anyone familiar with the brand’s creations from the ’70s will be grinning at this slick vintage-inspired gem. Available in either titanium or matt black ceramic and measuring a hefty 46mm, it’s certainly not as ‘true to original’ as the Oris Diver’s Sixty Five. Instead it opts for an ‘inspired by the past’ style, much like the recently reissued TAG Heuer Monza. With its a dose of vintage charm in modern proportions and materials, there’s a lot to like about the HyperChrome, but we’ll do our best to ignore the ridiculous ‘hypermasculine ode to the spirit of discovery’ comment in the press release. Marketing guff aside, it’s a damn sexy option worth your dollars. RRP $3925 AUD