The thing about understated magnificence is that, at first glance, it’s often overlooked. And then it happens. The “why-Miss-Jones-without-your-glasses-you’re-beautiful” moment. Suddenly noticed, the full force of its charm slaps you sharply in the face, to leave you genuflecting with slack-jawed wonder and a slightly goofy smile. 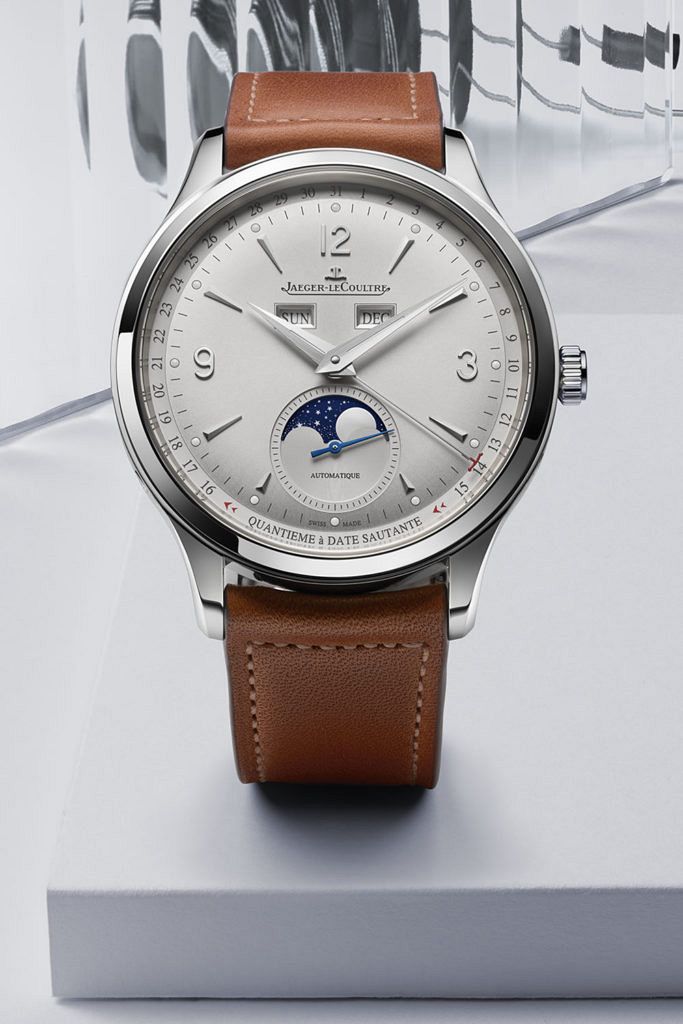 This is how I feel about the just-released Jaeger‑LeCoultre Master Control Calendar. Not that there’s some drudge-to-goddess transformation going on here. The appeal of this watch is hiding in plain sight (except for one very cool once-a-month party trick, about which, more later). 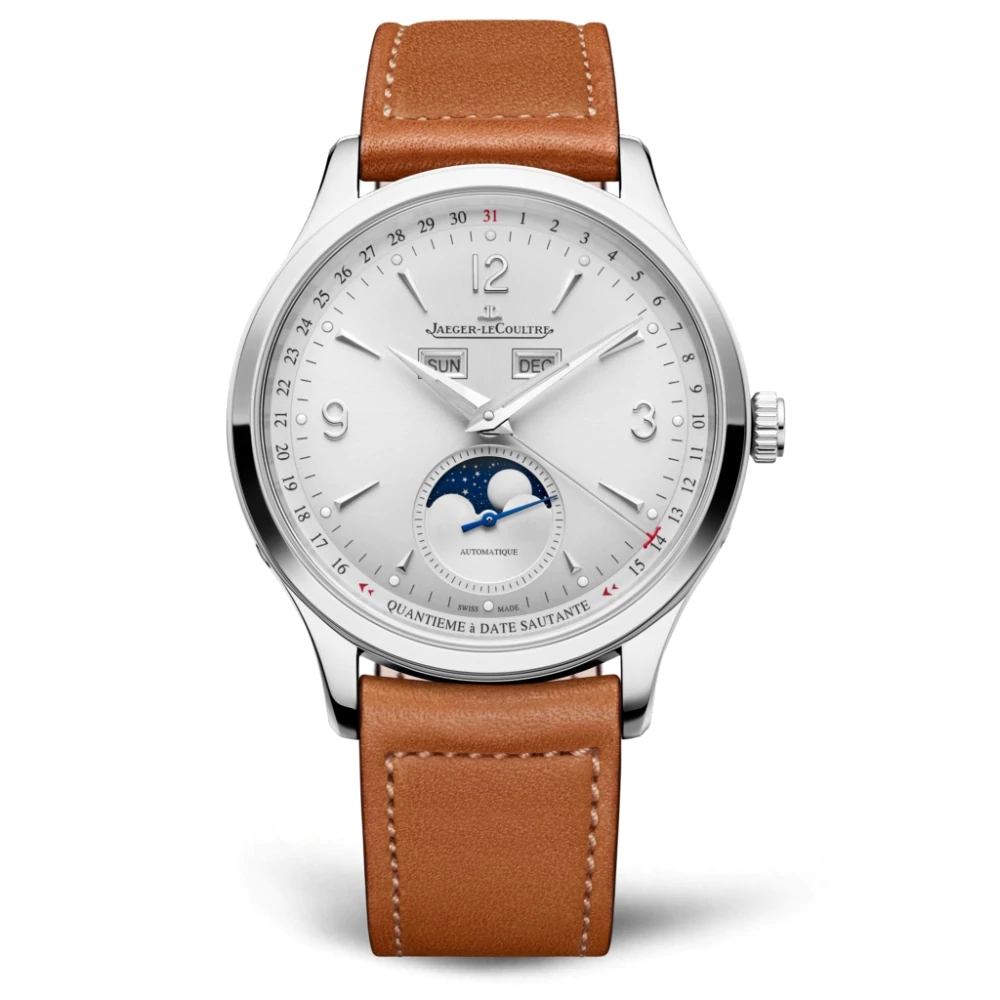 JLC introduced its Master Control collection in 1992, naming them after the fact that they were the first to undergo the brand’s ‘1000 Hours Control’ certification. Essentially, this is like an SAS bootcamp for watches – a merciless system of internal tests that includes chronometric testing, fall resistance, climatic hazard resistance, waterproofing and accelerated aging. Every aspect of the movement, from power reserve to waterproofing, is tested, both before and after casing the watch. In comparison, it makes COSC certification seem almost recklessly negligent. 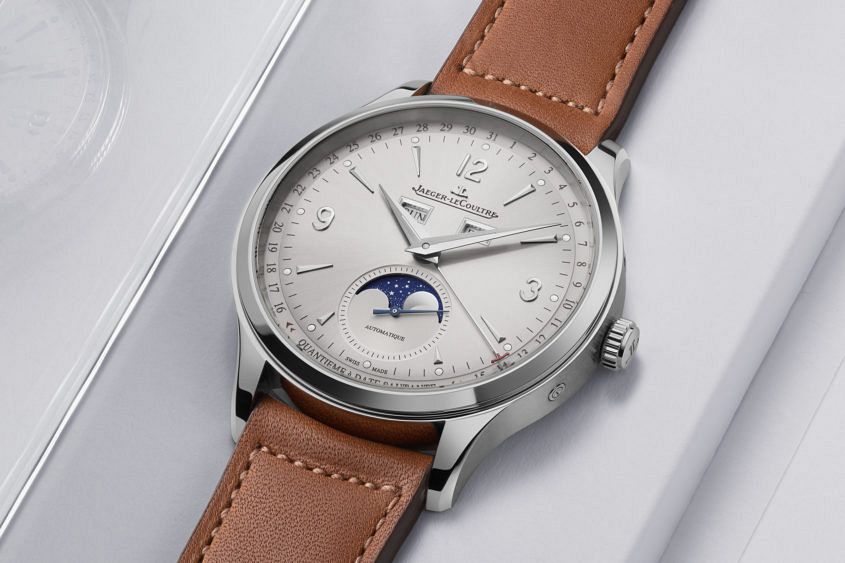 This is a serious watch in other words, a point worth stressing because it wears its technical credibility lightly. At 40mm, the silvery-grey dial lifted with a sunray finish, complies with JLC’s classically restrained design parameters. A second glance reveals lots of pleasingly considered details, from the triangular applied indexes to the luminous dots above the hour markers. Above all, however, the dial feels comfortable. There’s a roominess to the layout, partly achieved by the fact that this latest iteration comes with a more slender bezel that serves to open up the dial and give it a touch more breathing space. 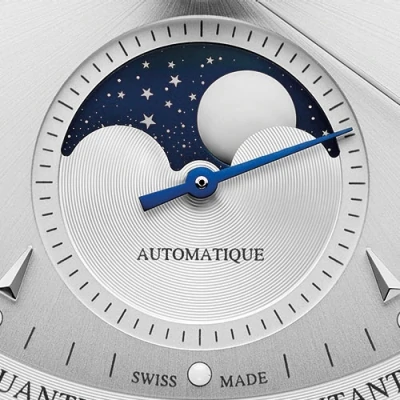 That’s a good idea because there’s actually a lot going on here, but any sense of clutter is erased by the artful configuration. As the name suggests, this watch delivers a full calendar – a pretty impressive complication in itself – to provide day, date, month and moon-phase. The specific day of the month is pointed out on the perimeter by a slender hand with a red JLC logo at its outermost tip. But it’s in this area that things get really clever.

The arrangement of the dial means that the 15th and 16th days of the month sandwich the moon-phase. To prevent this complication being temporarily obscured, JLC’s watchmaker magicians have upgraded their caliber 866 movement to introduce a jumping complication. At the mid-point of every month, the date hand suddenly bounds forward from the 15th to the 16th to ensure the moon-phase is never visually eclipsed. 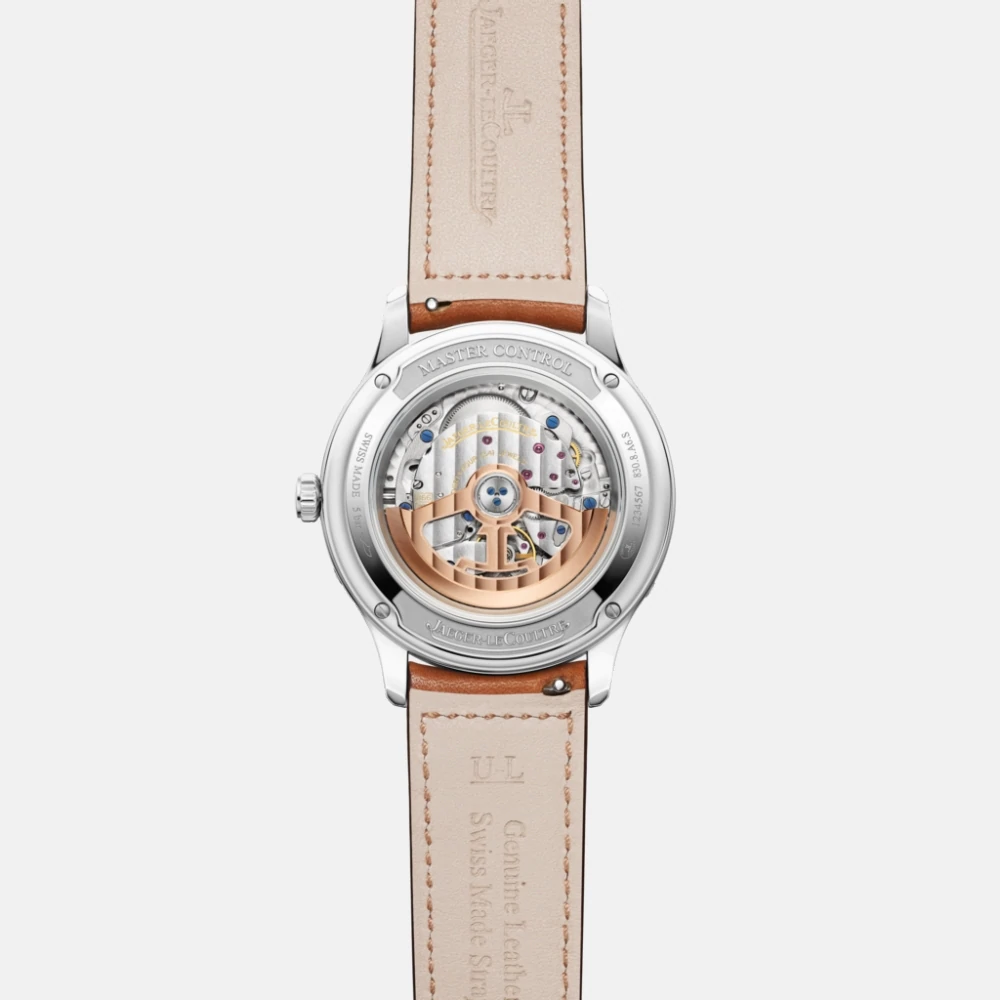 It’s an ingenious touch and a reminder of JLC’s technical heritage. The brand has, of course, long been referred to as the “watchmaker’s watchmaker” and entrusted to provide movements to the most prestigious names in town, including Patek Philippe, Vacheron Constantin and Audemars Piguet. 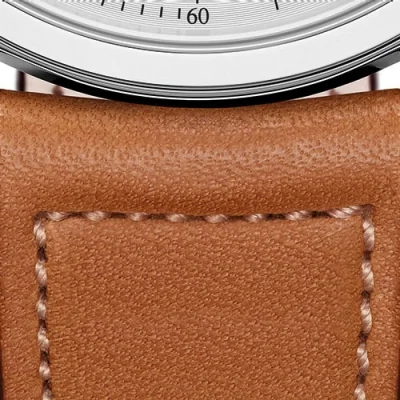 Not that the Master Control Calendar feels the need to trumpet such know-how. It’s far more unassuming than that, an aspect reinforced by the tan strap that’s presumably chosen to further democratise the on-wrist proposition. Made of French calfskin, it’ll develop a distinctive patina over time to soften the formality of the watch and make it even more wearable. Not that, I suspect, you’ll need any additional incentive.

The Jaeger‑LeCoultre Master Control Calendar, in steel, has an RRP of AUD$18,700