Stowa’s range of excellent value watches have been under-the-radar favourites amongst watch lovers for years, with their pilots and marine chronometer-style collections often having waiting lists of several months, as the small German brand doesn’t sacrifice quality for quantity. 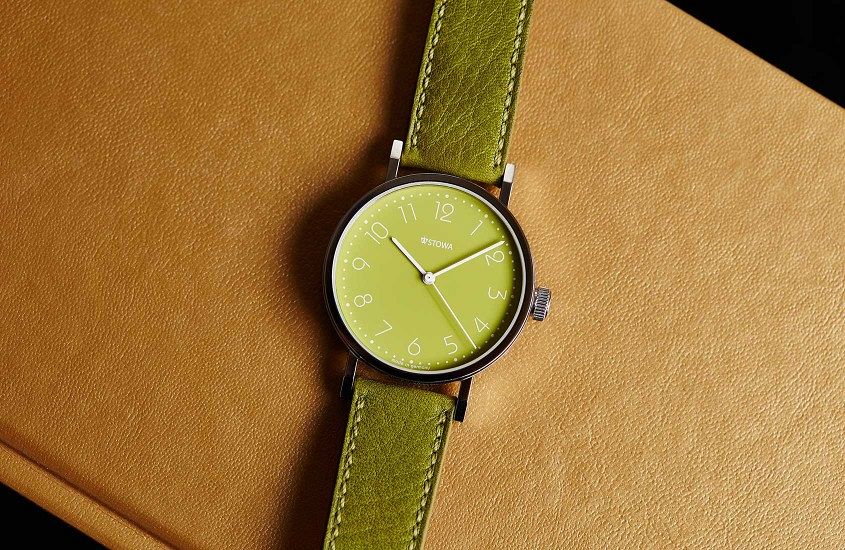 The past few years have seen the winds of change blowing through Stowa’s catalogue, and while their iconic favourites are still very much in evidence, the brand is busy releasing bold new designs and fresh interpretations on their classics. Watches like the Flieger Testaf and the Rana are prime examples of this new look, while the latest model to get a makeover is their popular Bauhaus beauty the Antea. 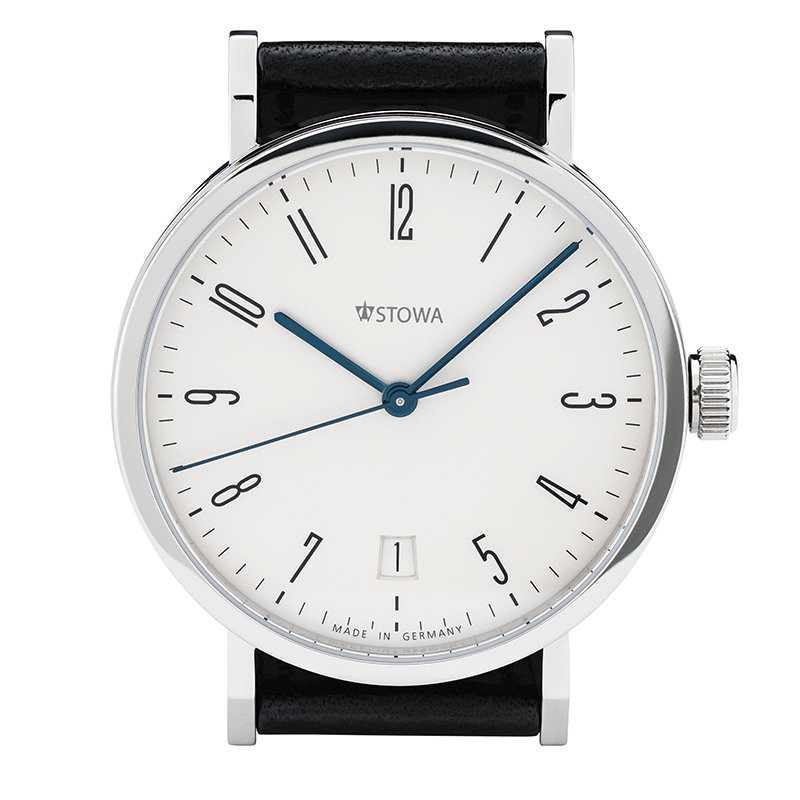 The original Antea (which remains unchanged) is a super-German looking watch, all straight lines and hard angles. It’s a look commonly associated these days with Nomos, but while they may have popularised it, Stowa have an entirely legitimate history with the design; the current Antea looks very much like a Stowa watch from 1938. 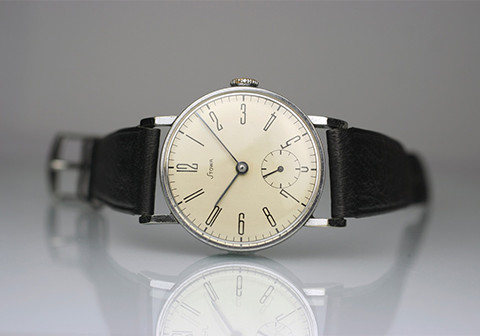 The Back to Bauhaus (AKA the b2b) version is a new spin on the traditional Antea. It’s offered in three sizes – 35.5mm, 36.5mm and 39mm – and six possible dial colours. Oh, and there are options with and without a date. The case of the watch is the same as the regular Antea, with straight angular sides and those distinctive dog-leg lugs. The movements are high-quality ETA, manually wound in the 35.5mm case and 2824s in the larger sizes. The use of the top grade ETAs is an interesting choice – I suspect many customers would have been happy if Stowa used a lesser quality movement and reflected the saving in the final retail price. 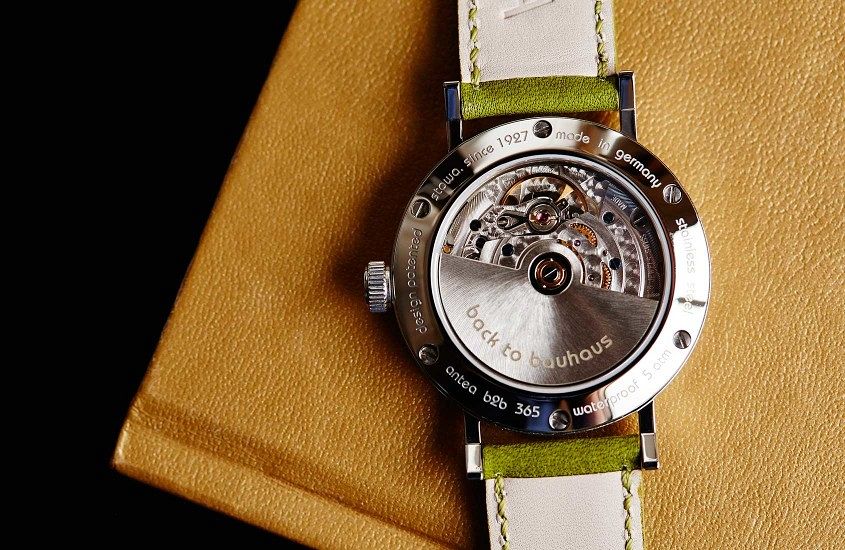 The real difference to the regular Antea is the dial. Stowa have employed the services of famed industrial designer Hartmut Esslinger (he was instrumental in making Apple a household name long before Jony Ive was on the scene) to update the design. Somewhat paradoxically, Esslinger has modernised the watch by looking to the past, hence the b2b name. Gone are the linear Arabic numerals, replaced with the soft curves of the 1925 ‘Bauhaus STD’ font. The new numerals pair well with the soft pastel shades. The dial also features the smaller, cleaner new Stowa logo. 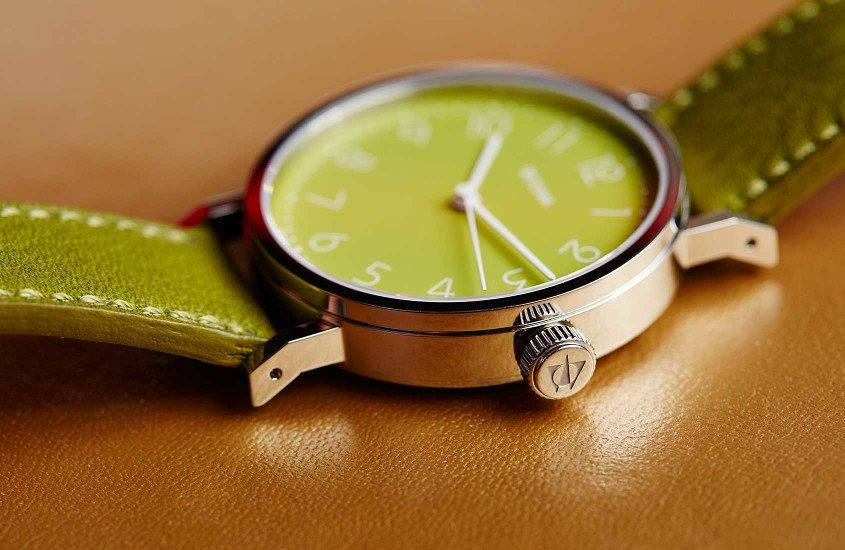 It’s surprising what a difference a dial makes. Even in black or white the new dial feels markedly more modern and playful, less austere than the original, and that’s before we take into account the riot of colour. The combination of smaller case sizes and traditionally feminine colours make this a collection geared towards women, especially given that the dials come with matching straps. We received the 35.5mm green dial to review, and on the green 18mm strap it definitely feels and wears like a woman’s watch. However I’ve also put it on a contrasting leather NATO that transformed it into a perfect unisex summer piece. Luckily Stowa offer a range of strap options with each model. It would also shine on aftermarket options – a bright perlon or a tan suede strap would both be great options. Some people might find the contrast between the hard lines of the case and the softer dials jarring, but I actually prefer the less severe take on the Bauhaus aesthetic. 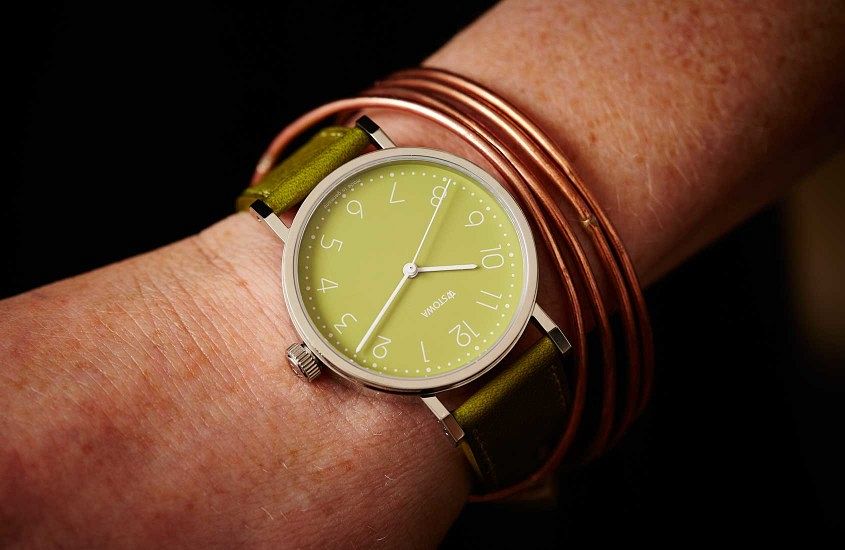 The Back to Bauhaus has left many fans of Stowa scratching their heads – the new dial, along with the sudden profusion of sizes and colour seems a step too far for some. But there’s a definite charm to the b2b, and Stowa should be commended for challenging their traditional design language and colour palette.

Stowa Antea Back to Bauhaus pricing

All versions of the Antea Back to Bauhaus retail at 780 Euro (ex VAT) from Stowa’s online store.