The watchmaking mavericks at H. Moser & Cie. must be working overtime at their headquarters in Schaffhausen, because they keep dropping hit after hit in 2019.

Their most recent creation is this — the H. Moser & Cie. Heritage Centre Seconds Funky Blue. 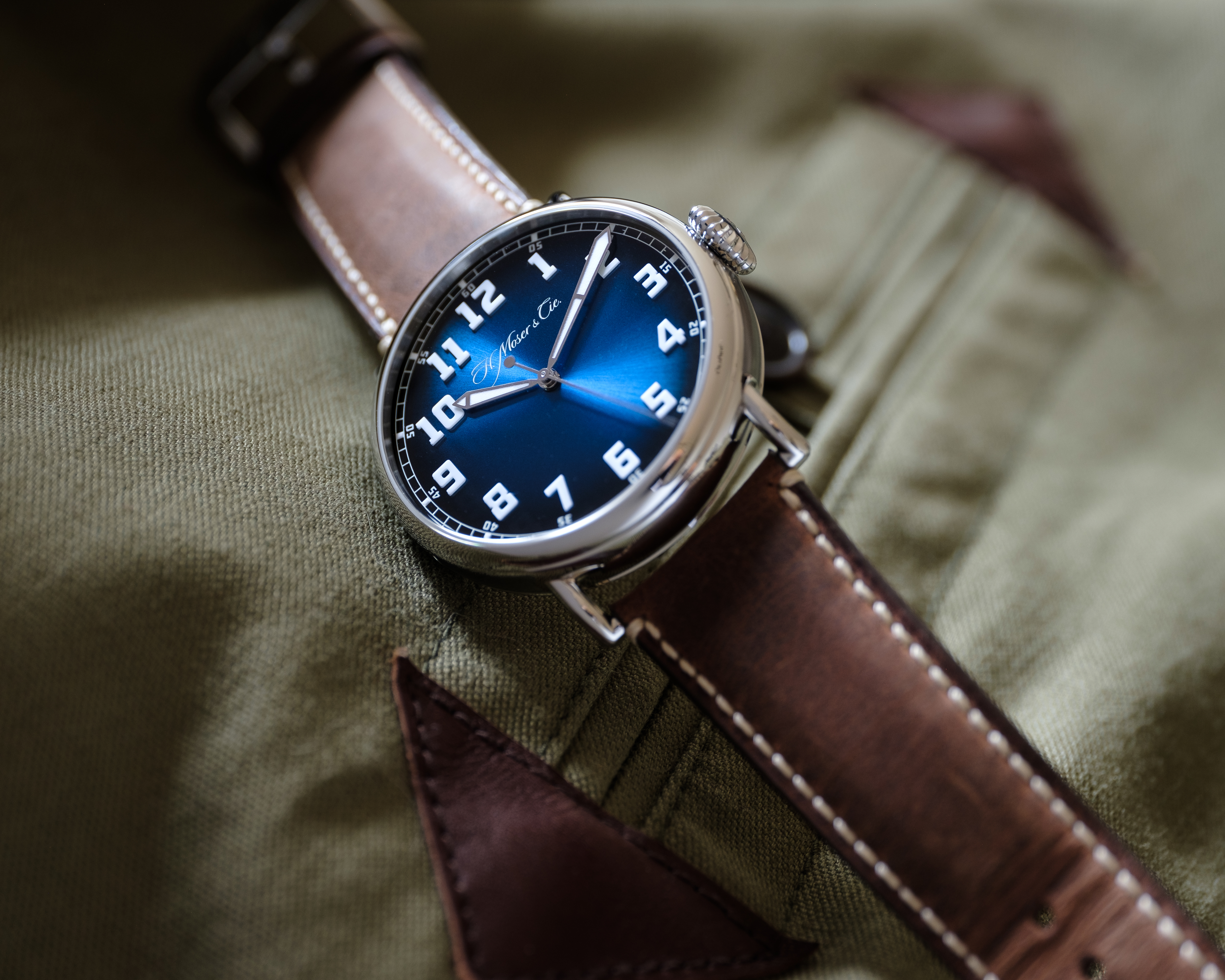 The highly polished 42mm stainless steel case, for example, is shaped like a watch from the 1920s, with nicely rounded dimensions, slim, tapered lugs and even a period-correct fluted onion crown. 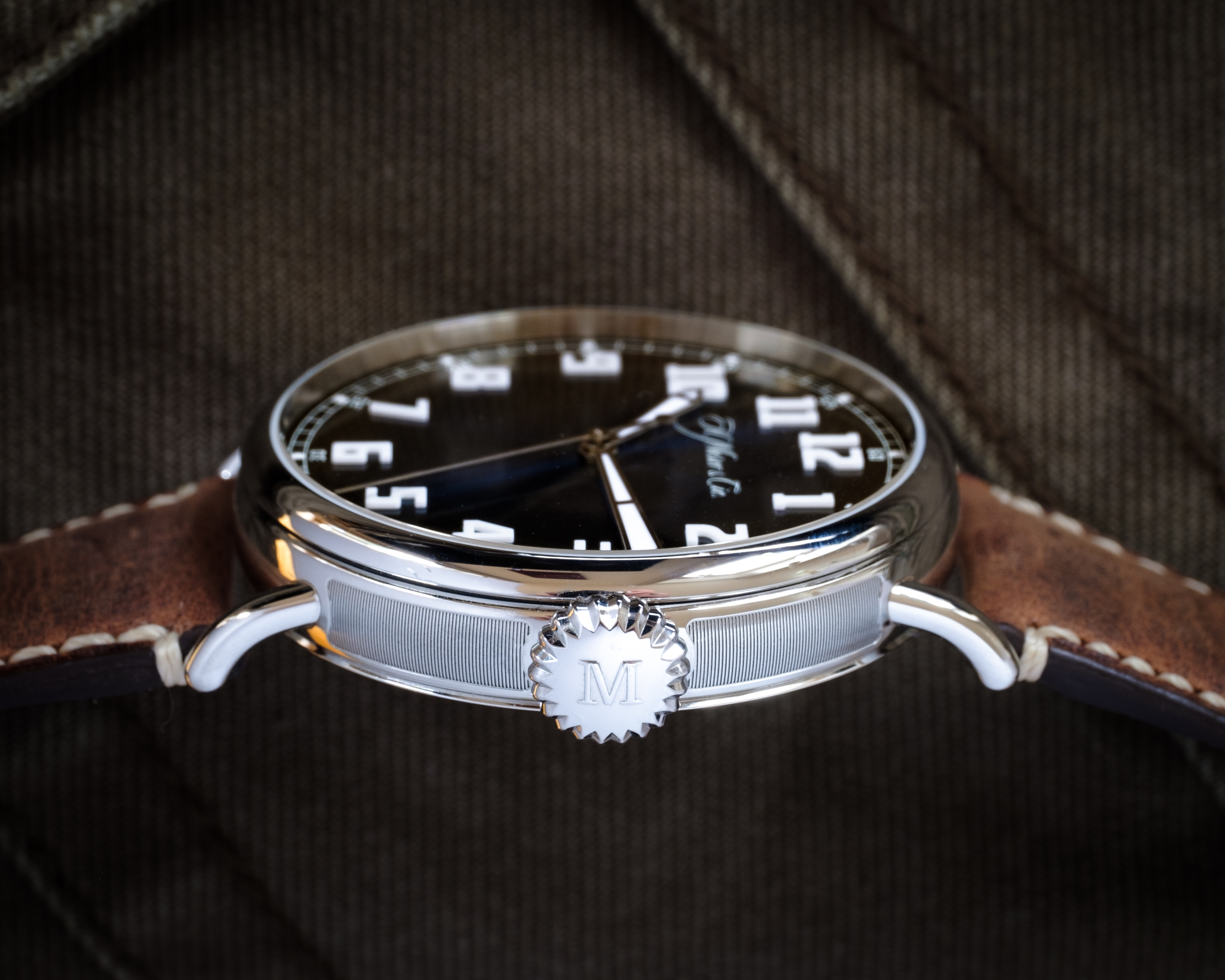 The resulting creation offers a charismatic dichotomy between case and dial that shouldn’t work, but does.

Similarly, the oversized appliqué numerals, sword-shaped hand set and “railway-style” chapter ring that adorn the Heritage Centre Seconds dial are all historically accurate, but they’re filled with both Super-LumiNova and, in the case of the numerals, Globolight, a pioneering ceramic-based lume that also utilises Super-LumiNova. 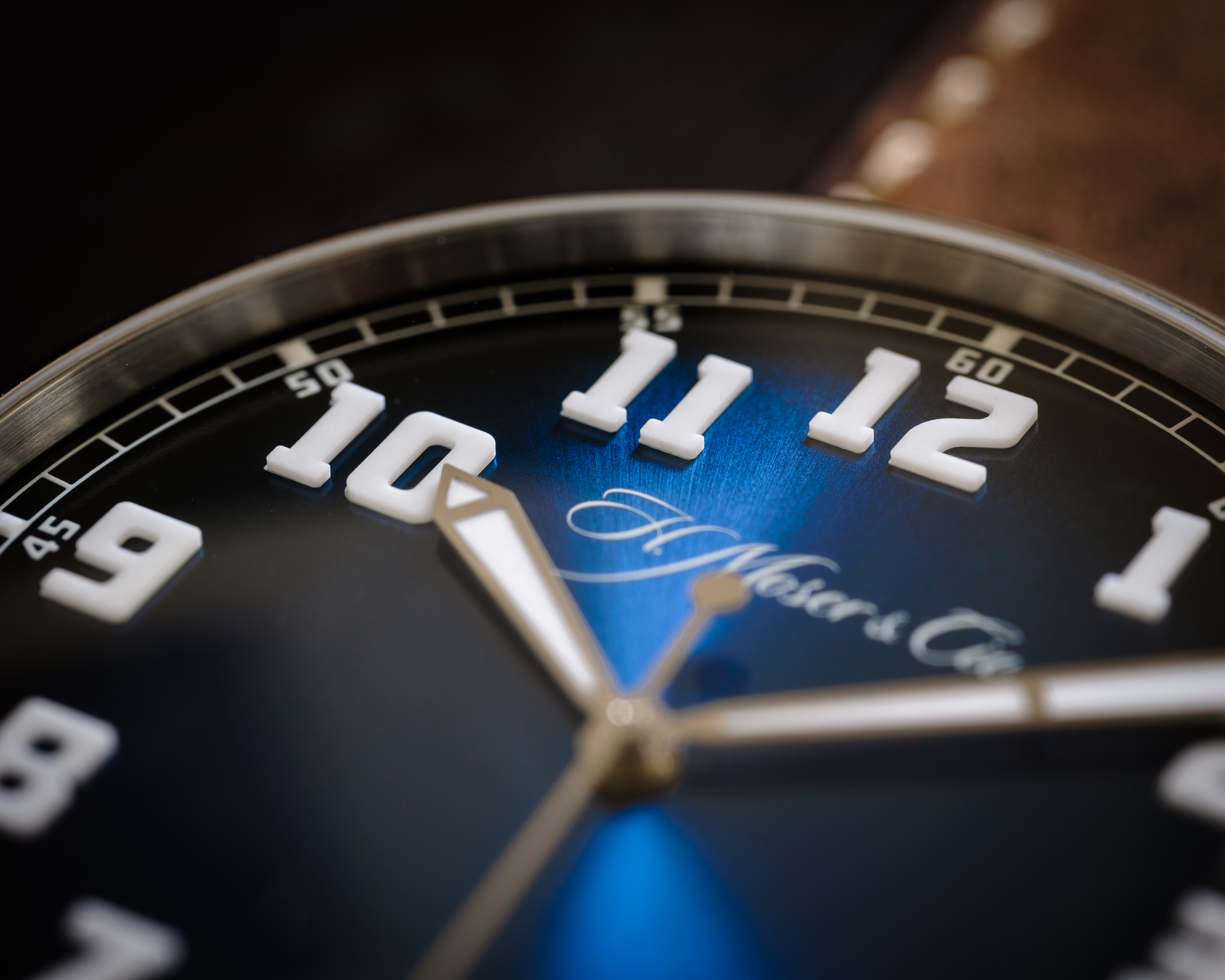 The traditional-looking case is capped on both sides by sapphire crystal, ensuring optimum levels of legibility and giving wearers the chance to admire the self-winding, in-house Calibre HMC 200 movement. 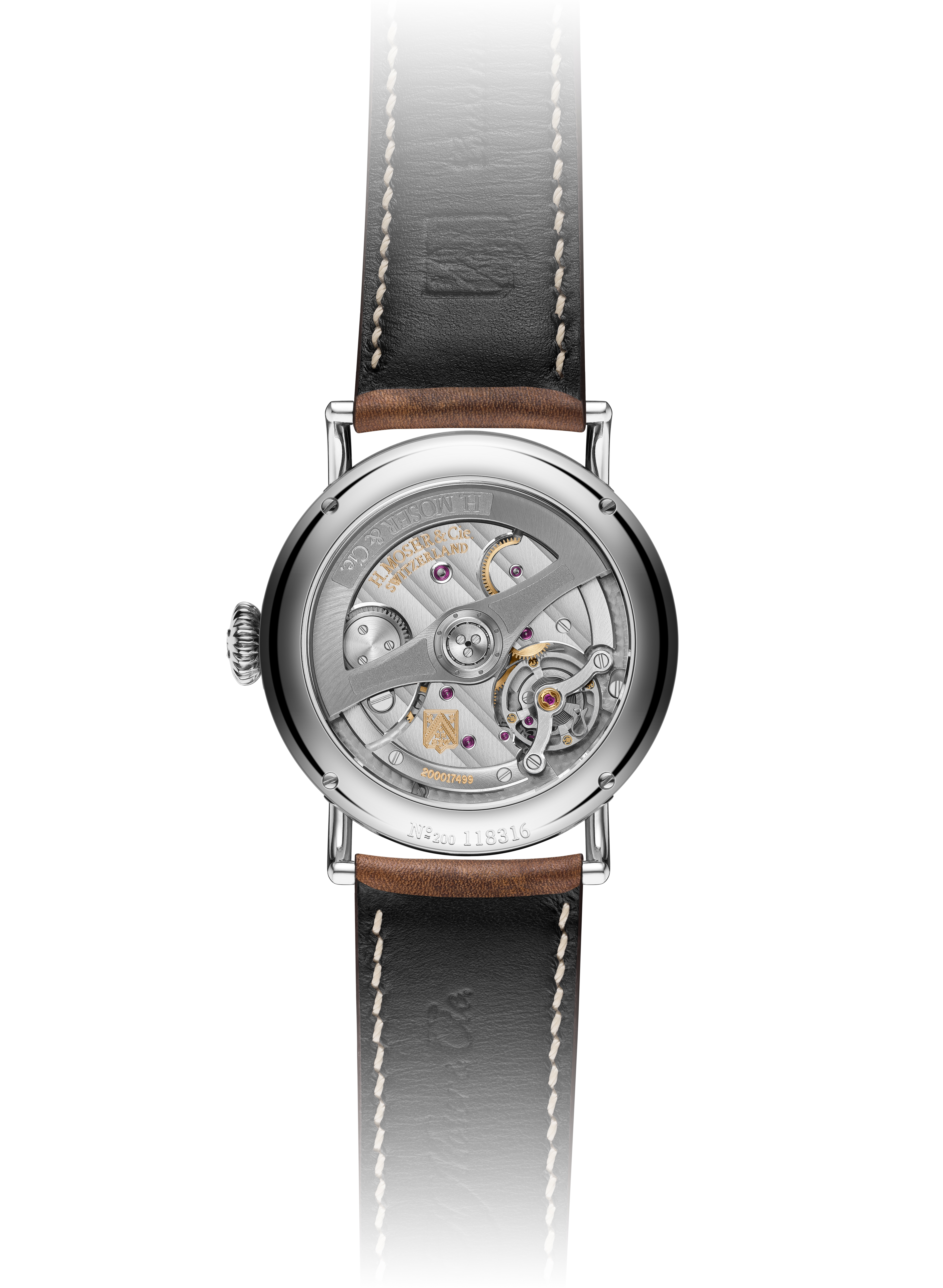 Featuring hand-finished elements such as an Original Straumann Hairspring with Moser stripes and an oscillating weight engraved with H. Moser & Cie’s signature hallmark, the HMC 200 movement also benefits from 27 jewels, a minimum of 72 hours of power reserve and an operating frequency of 21,600 vibrations per hour. 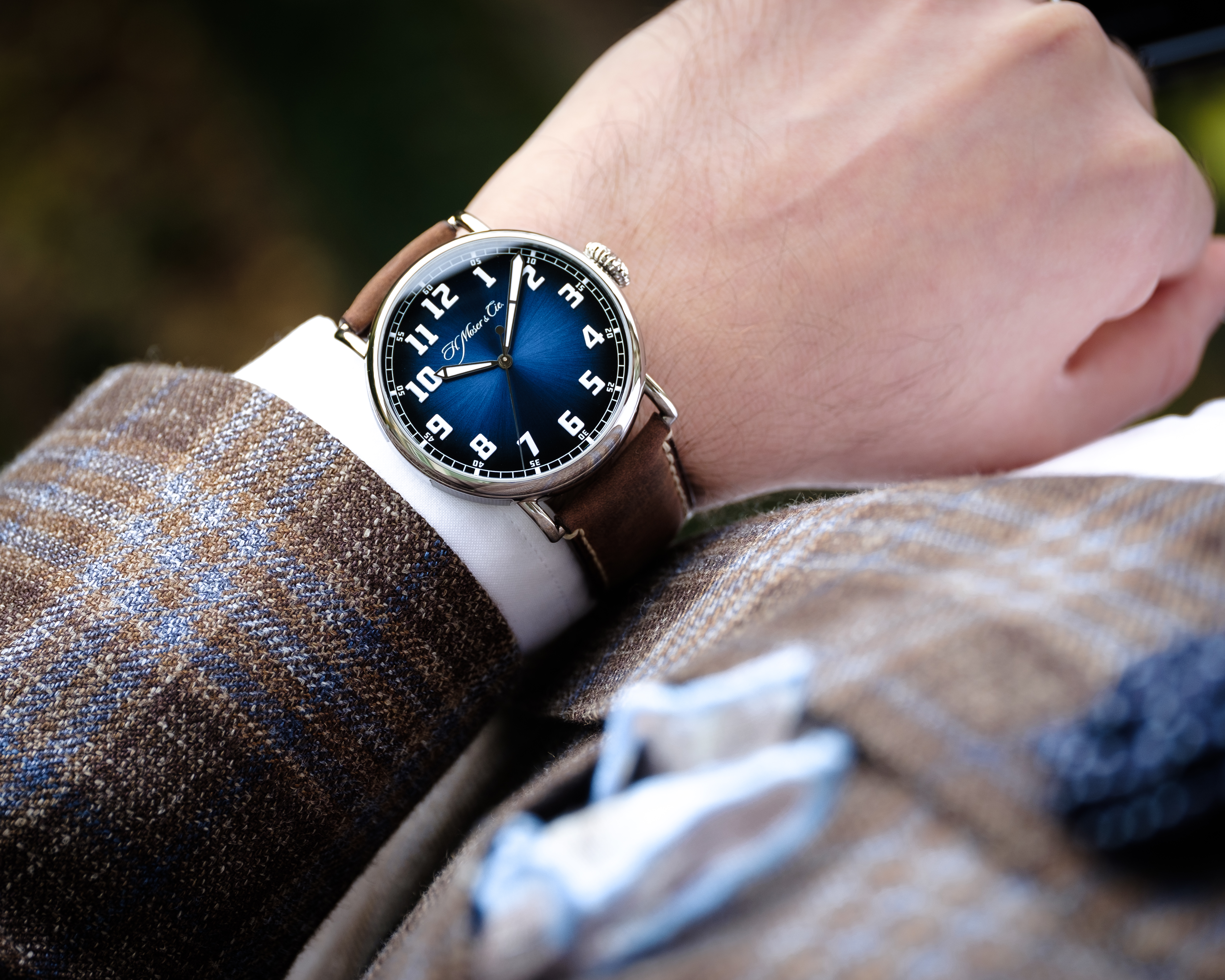 Paired with a hand-stitched beige saddle brown leather band with stainless steel pin buckle, which is engraved with the Moser logo, the H.Moser & Cie. Heritage Centre Seconds Funky Blue really does represent the ultimate in compromises between old-world and new.