The queen is back. Last time we shared news regarding Nicki Minaj, we expressed great envy of her infant son rocking a fully diamond paved Patek Philippe Nautilus worth $400,000. This week, however, the story is what has found its way onto her wrist. Taking to Tik Tok and social media to tease new projects on the way, Minaj can be seen in the video wearing a Richard Mille RM 07-02, a very rare and expensive watch considering that (supposedly) only eight pieces were made and that it retails for $980,000 USD. 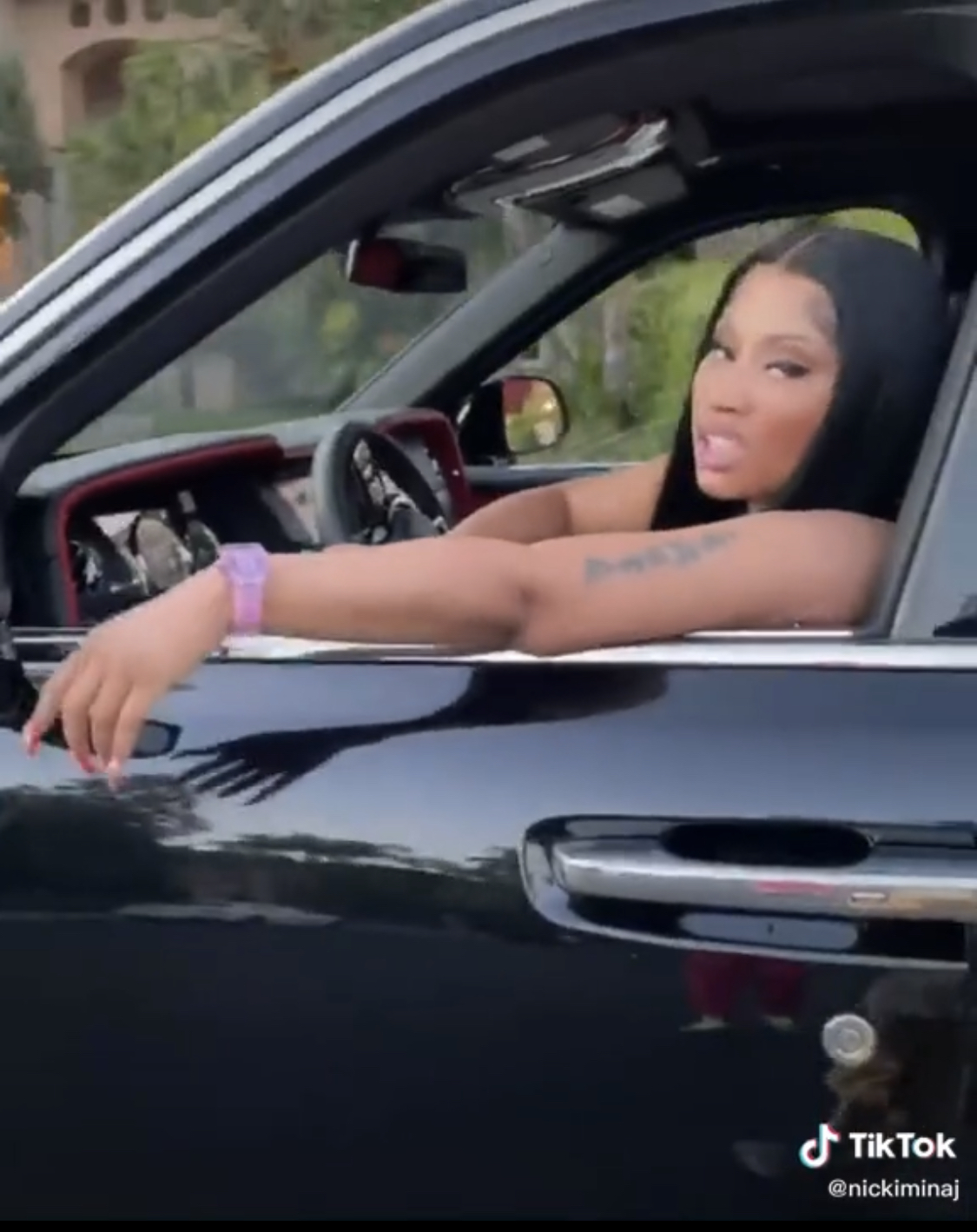 As of now, while writing this story, the Instagram post has been played 10.2 million times and the Tik Tok post 20.1 million times – and that is in just one day! Whether we niche enthusiasts want to admit or not, these powerhouse personalities and superstars have undeniable influence and this further cements Richard Mille as one of the hottest watch brands in the world.

Think of all the “Barbz” watching these videos, looking up to their fierce queen and seeing her flex some serious horological muscle. It is highly unlikely any of her fans will acquire one of these Richard Mille watches considering its rarity and price tag, but in a separate post Nicki Minaj was seen wearing much more accessibly priced pink foam Crocs. This resulted in a massive spike for sales, even causing the Crocs website to crash under the intense demand.

As for what we all probably care about most here, the RM 07-02 is a gem-set purple/pink colored sapphire-cased watch 32.90mm in diameter, 14.35 mm thick, and 46.75mm across the wrist lug-to-lug. According to Richard Mille, the case alone takes 40 days of initial machining and then undergoes further testing to ensure it meets the robust and aesthetic standards of the brand.

Inside the watch is the manufacture calibre CRMA5, a skeltonized movement with bridges and maniplates machined from 5N red gold and later gems as well. The automatic movement has approximately 50 hours of power reserve. It is very well embellished with hand-polished anglage, microblasted milled sections, hand-polished sinks, and burnished sections and its variable geometry self-winding rotor is exquisitely gem-set. While the movement is a work of art aesthetically, make no mistake it is a robust caliber outfitted with INCABLOC 908.22.211.100 shock protection.

There are multiple configurations of this reference that include dials in mother-of-pearl, jasper or pave-set stones, gem-set hand-finished movements machined from 18K white gold or 5N red gold, and a variety of colored sapphire cases. Given such variety, whether or not we see another RM 07-02 in this exact configuration is unclear. That being said, it is irrefutable that Minaj’s RM 07-02 is an extension of her essence and personality, so while she by no means needs my seal of approval, she certainly has it.