You’ve probably heard of NFTs (Non-Fungible Tokens) over the last month or so and for good reason. NFTs are exploding in popularity, seemingly out of nowhere. If you haven’t come across NFTs, or haven’t yet tried to wrap your head around the initially impenetrable world of cryptocurrency and blockchain as they collide with collectible markets, well, fair enough. But let me explain in simple terms what an NFT is and why it’s potentially so significant that Jean-Claude Biver is selling a luxury watch NFT. 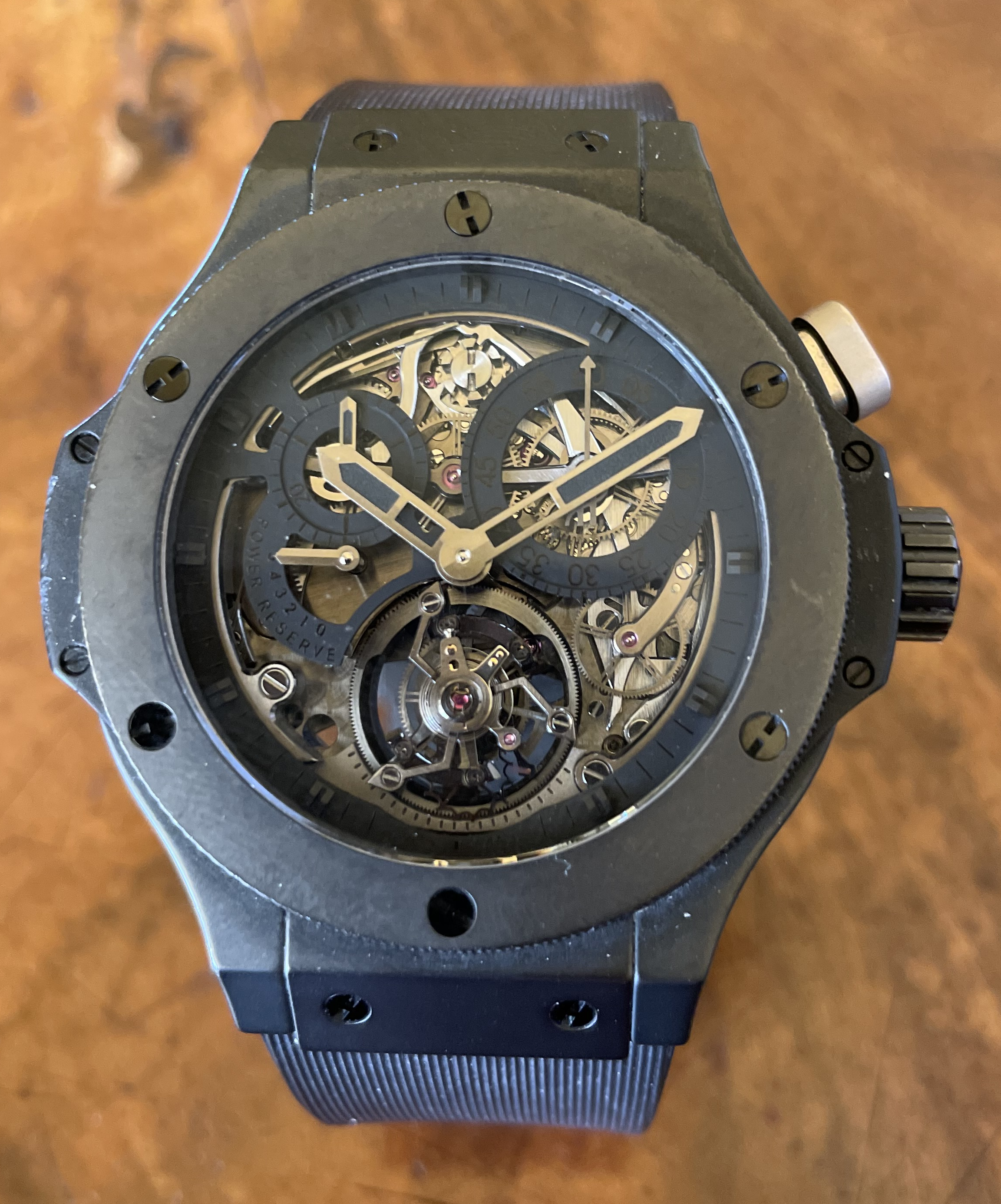 Very broadly speaking, an NFT is a piece of digital real-estate that is tracked on a blockchain, which is a record of digital transactions that can’t be tampered with. A non-fungible token is unique and isn’t interchangeable with anything else. If you trade one Bitcoin for another, you’ve got exactly the same thing that you started with. That isn’t possible with an NFT as they are all uniquely identifiable. NFTs are a part of the Ethereum blockchain – which is a cryptocurrency just like Bitcoin – and is the currency that NFTs are traded in. 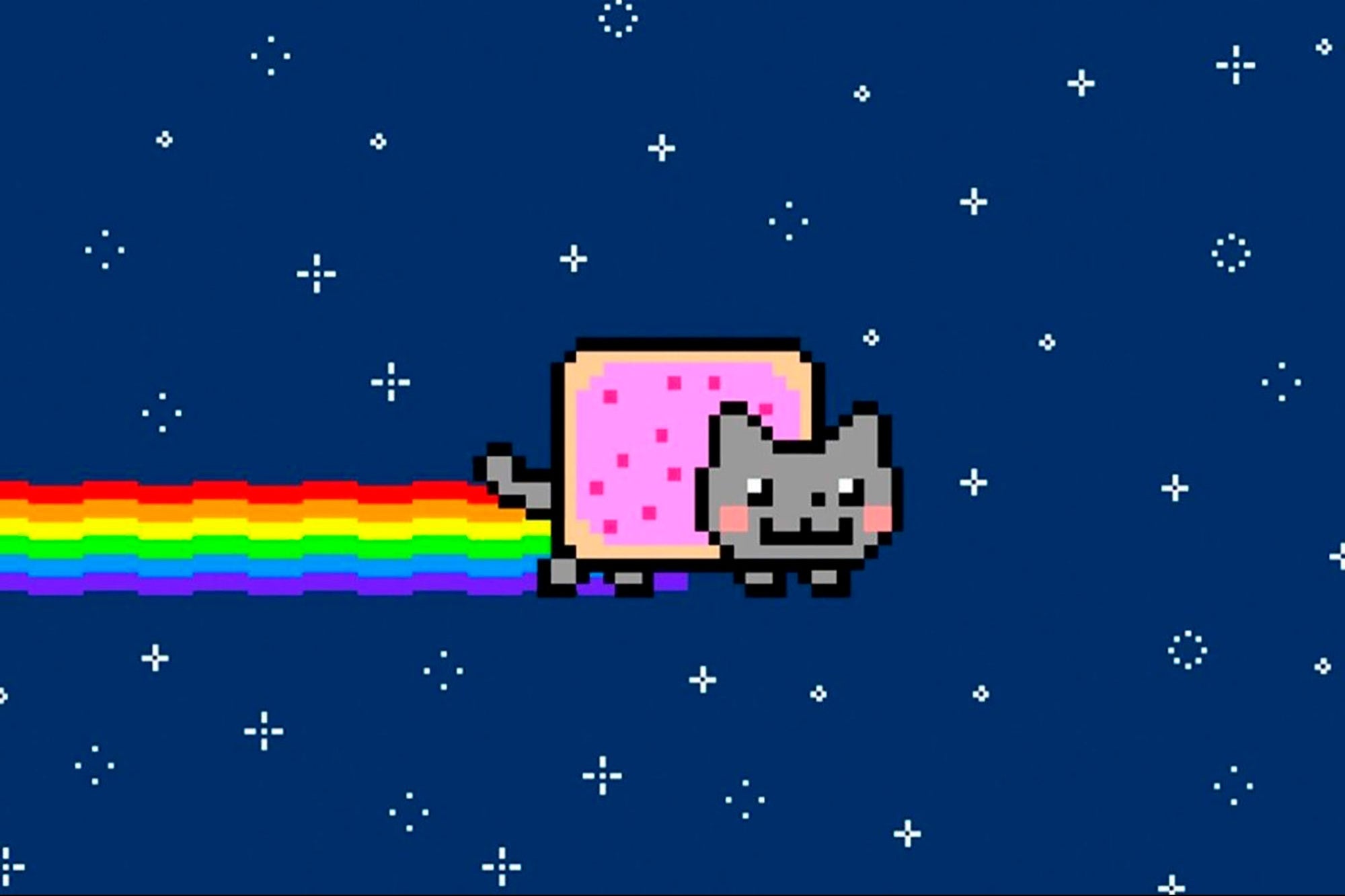 What does all that mean? It means that digital art, music, videos or images, basically anything digital can be defined as an NFT and traded as a result. This also includes tweets, GIFs and music videos. In fact, you can check out this market for NFT tweets right here, where the first ever tweet by founder Jack Dorsey sold for $2.9m last week (thanks to the blockchain record, you can see the entire history of transactions of the tweet). 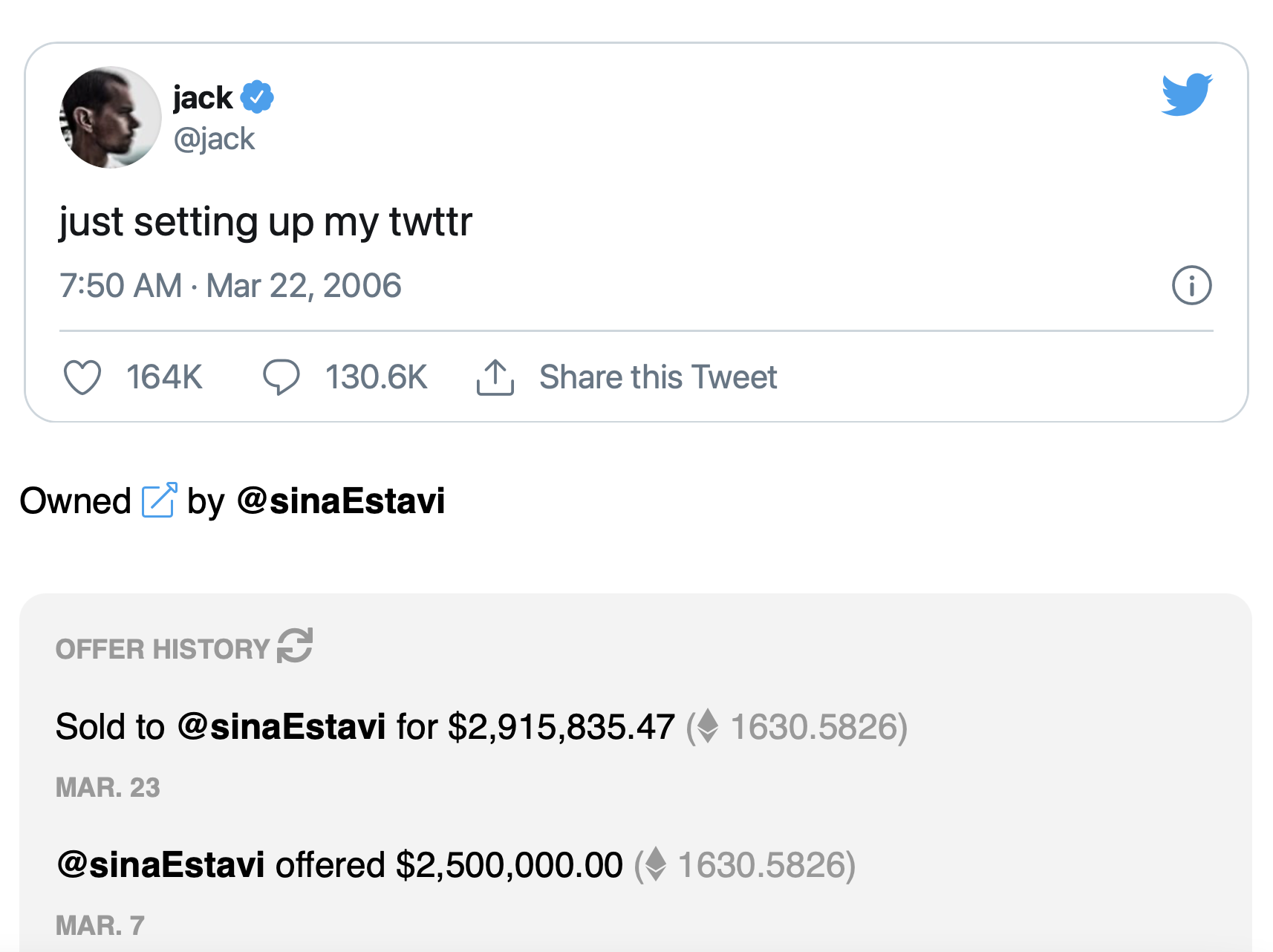 The recent trading information on the first ever Tweet. Image: v.cent.co

One recent NFT sale that made the headlines was a digital artwork by the artist Beeple titled EVERYDAYS: THE FIRST 5000 DAYS that was sold by Christie’s in their first-ever sale of a digital artwork, achieving $69,346,250 in a truly eye-watering result. These big results have taken discussion of NFTs out of the forums of cryptocurrency traders and into the public spotlight, legitimising a type of tradeable asset that was initially met with decidedly raised eyebrows. 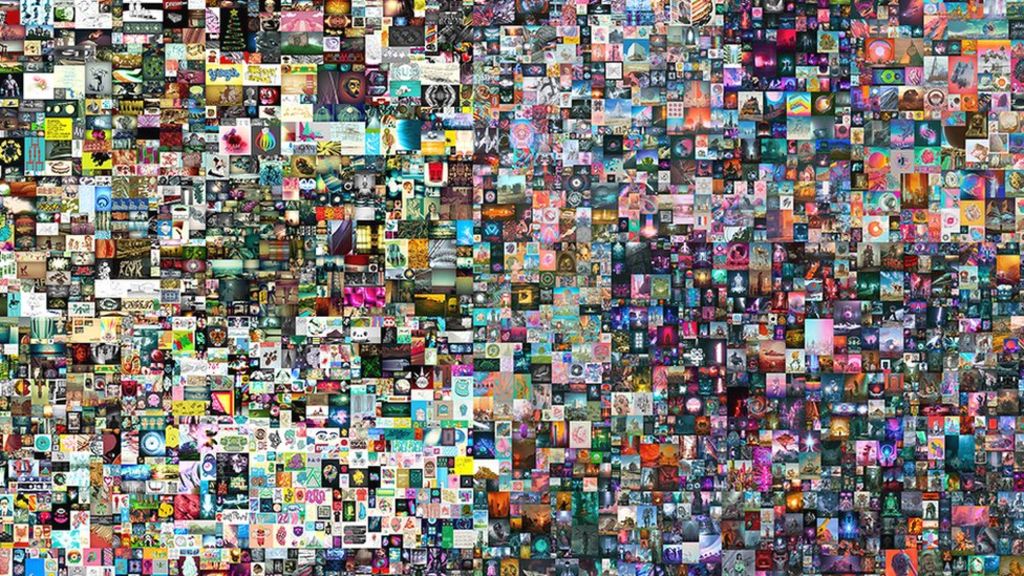 Now, to Jean-Claude Biver, the legend of the Swiss watch industry who is putting his name to what is being billed as the “first NFT auction of a luxury watch”. The auction is being held by Swiss cyber security company WISeKey International Holding, who will offer the digital twin (in this case an image) of a famous Biver watch for sale on the NFT marketplace Open.Sea from the  March 31 and will conclude on April 6, 2021 at 2:00am AEDT.

The watch in question will be the Hublot Bigger Bang All Black Tourbillon Chronograph “Special Piece” which has been a part of Jean-Claude Biver’s collection for more than 25 years and played an important part in establishing the visual DNA of the Hublot brand we know today. All funds raised in the auction will be donated to charity.

The bidding at time of writing. Image: opensea.io

Depending on how the Swiss watch industry looks to engage with NFTs and the surrounding technology, owning the first-ever watch NFT could end up being more important than owning the NFT of a watch linked to Jean-Claude Biver. And yes, we are aware that this whole thing does sound like Black Mirror plot-line.

You can check out the auction listing right here.