In a recent opinion piece, I extolled one of the central virtues of a modern luxury watch as being its viability for multi-generational use. But that is to presume the owner is going to be diligent with maintaining it. So, what’s the worst thing that can happen if you don’t service your watch?  I asked some top-tier watchmakers that question and more around the subject of servicing. 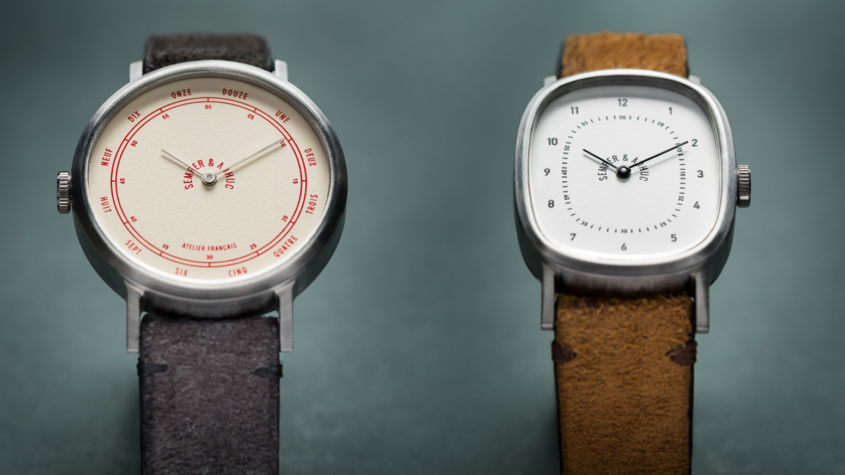 Colin de Tonnac is a French watchmaker who previously worked for Patek Philippe. He launched his own brand, Semper & Adhuc, in 2016. Eric Greenberg is a US-based watchmaker. He has extended his rather incredible accomplishments in the technology sector to watchmaking. On his Instagram account, he shares details about the unrivalled care he takes in servicing client’s timepieces (as well as the mistakes he uncovers from prior service efforts!).

CDT: Yes, a mechanical watch can in some cases work perfectly for 30 years without maintenance. However, it should be noted that these movements accumulate years and years of wear and tear and when a breakdown occurs, it will be all the more difficult to make a repair without changing parts because of the deterioration. It is for this very reason that we talk about maintenance and not repair. To maintain is to preserve the mechanics, to avoid wear and tear and therefore to make things last as long as possible, which is good when we are talking about objects with such as watches.

What is the most common mistake an owner can make when it comes to servicing their watch?

CDT: The most common mistake that can be made in watch maintenance, whether by the owner or the watchmaker, is to limit the repair to the only symptom observed. Indeed, the mechanical watch, even if the basic common architecture is known to all, sometimes by heart and in its smallest details, remains a complex mechanical ecosystem where the interactions between each component are multiple and sometimes even unexpected. For example, the smallest particle generated by a shock can wander freely in motion for years without causing any disturbance and then overnight come to position itself between two parts rubbing against each other and generate a failure. It is therefore advisable, when the watch has a defect, a fault, or if it has suffered a shock, to carry out the most complete diagnosis possible and to undertake the corresponding level of repair, i.e. in many cases, a complete overhaul. The latter, which consists of a complete dismantling of the watch as well as the movement, followed by cleaning, lubrication and finally adjustment, makes it possible to scrutinise each component separately and thus avoid missing a situation that sooner or later will make you return to a watchmaker and rework the same part. 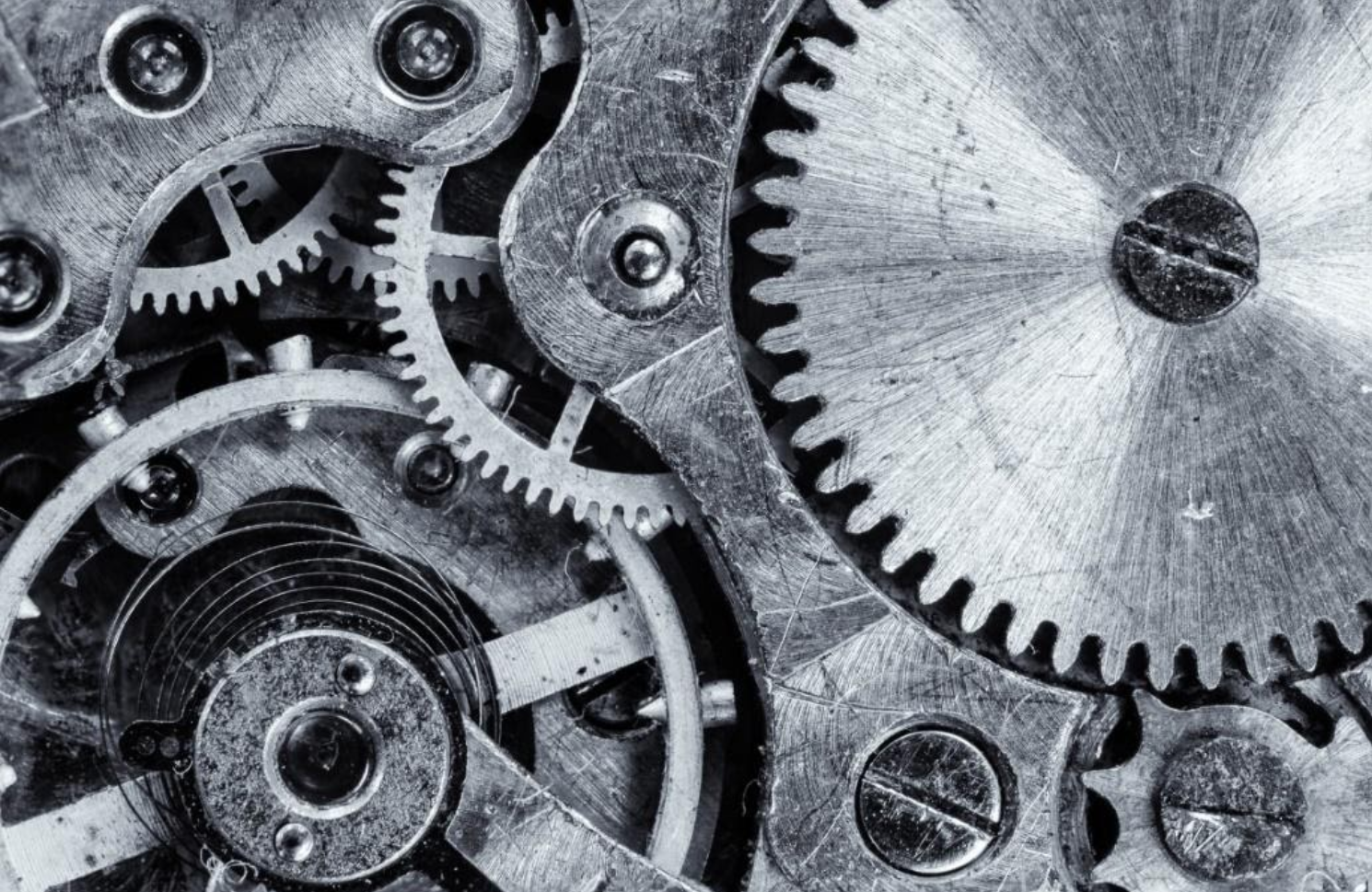 What should you look for in a watchmaker to service your watch?

EG: Choosing a watchmaker strictly based on “how fast” servicing can be done for “how much” can result in poor-quality servicing, including damage you are unaware of. What you see on the outside of the watch (shiny and clean) is not always a good indicator of the quality of servicing inside — the movement. Choose a watchmaker based on their demonstrated performance and quality standards — quantitative facts and examples of servicing they provide to you on their website or in literature.

Is it true that keeping a watch running is the best way to preserve it?

EG: Contrary to what you may read, running a watch constantly simply increases wear and doing so with a watch that has not been recently serviced only exacerbates the wear. You do not need to keep your watch running all the time to keep the lubricants moving. If you have a large collection of watches, get them running once a month. In my experience this is adequate to keep fresh lubricants fluid in the watch.

Should an owner manage servicing a vintage watch any differently than a modern watch?

CDT: It all depends on the watch, however the basic technological principles that govern the proper functioning of a watch have generally remained the same for several decades; the prerogatives that were true 50 years ago are often the same for more modern watches. However, with the technological advances made with a great deal of investment, it can be seen that R&D efforts in the world of fine watchmaking are focusing on making movements ever more reliable and more durable in order to extend the time between servicing as much as possible. In particular, through materials and manufacturing processes and technical coatings that would allow the frequency of lubrication changes to be spaced out or even eliminated. I would therefore say that a vintage watch, at a minimum, should be serviced every five years. 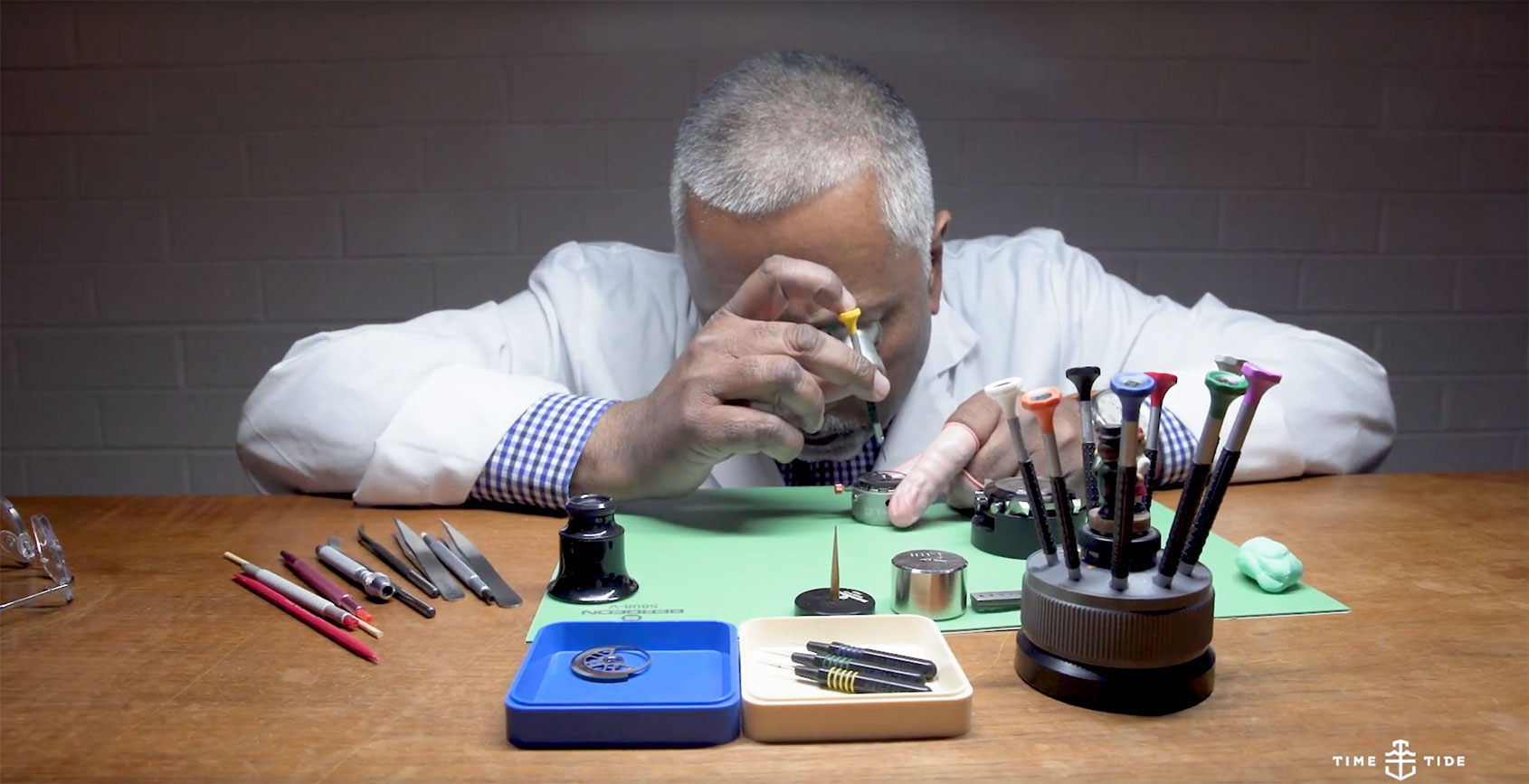 EG: Yes, they should be approached differently. While a quality independent watchmaker may be your best bet for all servicing, sending a vintage watch back to the manufacturer, if they even accept it — and many won’t, depending upon age and model — can result in significant loss of originality and character as they will change whatever parts they wish, such as hands or the dial, often without consultation. Vintage watch servicing is a preservation and restoration exercise over which you want some control. As one example, a skilled and experienced quality independent watchmaker may put several hours into repairing your original hands. The factory will typically only replace them, often with a modern and poorly matched option that doesn’t fit the rest of the watch. Repairing/restoring vintage hands involves more work, skill and risk than simply replacing them.

Is there a risk that in-house movements, or movements with specialised components such as a silicon hairspring, are less serviceable over time?

CDT: It all depends on the longevity of the brands and whether or not they have a retention strategy, know-how and spare parts supplies. In recent years, we have noticed that certain brands have been restricting the distribution of supplies to third-party professionals or institutions. Probably on the one hand in order to control and monitor 100 per cent the quality of their after-sales service, and perhaps also for financial reasons. This understandable strategy has a major impact on local watchmaking craftsmen throughout the world who cannot always repair parts for which they have real know-how due to a lack of spare parts supplies. In addition, some craftsmen have specialised in certain brands or even certain models and yet have to close down. On the other hand, this disappearance of “competition” sometimes leads to an unreasonable increase in [service quotes] offered to customers, a sometimes dramatic lengthening of repair times and even sometimes a drop in quality. I believe that these discrepancies have been observed and sometimes even denounced for some time and I have no doubt that we will gradually return to a situation of balance that will be beneficial for all. 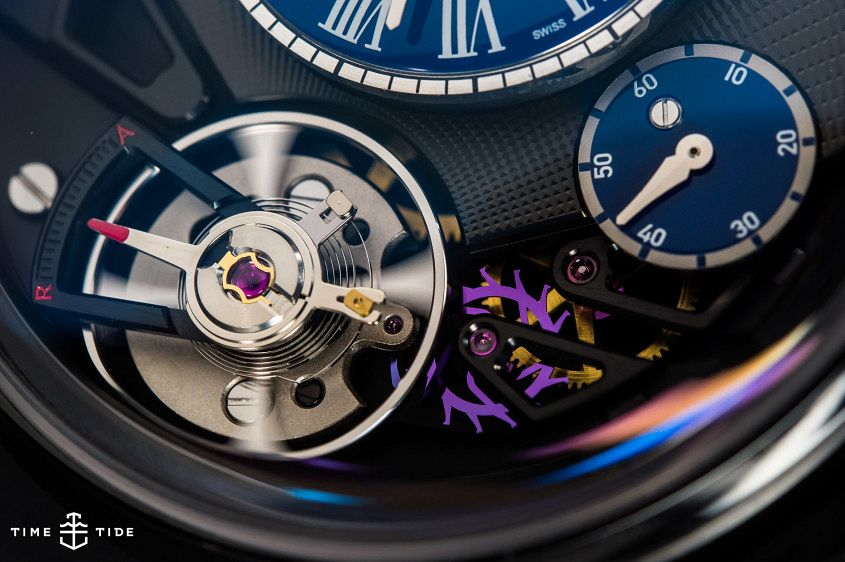 As far as silicon components are concerned, they are not malleable to work with and can be hard to find. A silicon balance-spring for example either it works or it is broken, but in no case is it repairable. We therefore find ourselves in the situation where the “reparability” of these specific parts is subject to the goodwill of the brands and manufacturers. So there is indeed a risk, but in any case this risk-taking is also what drives the world and techniques forward. 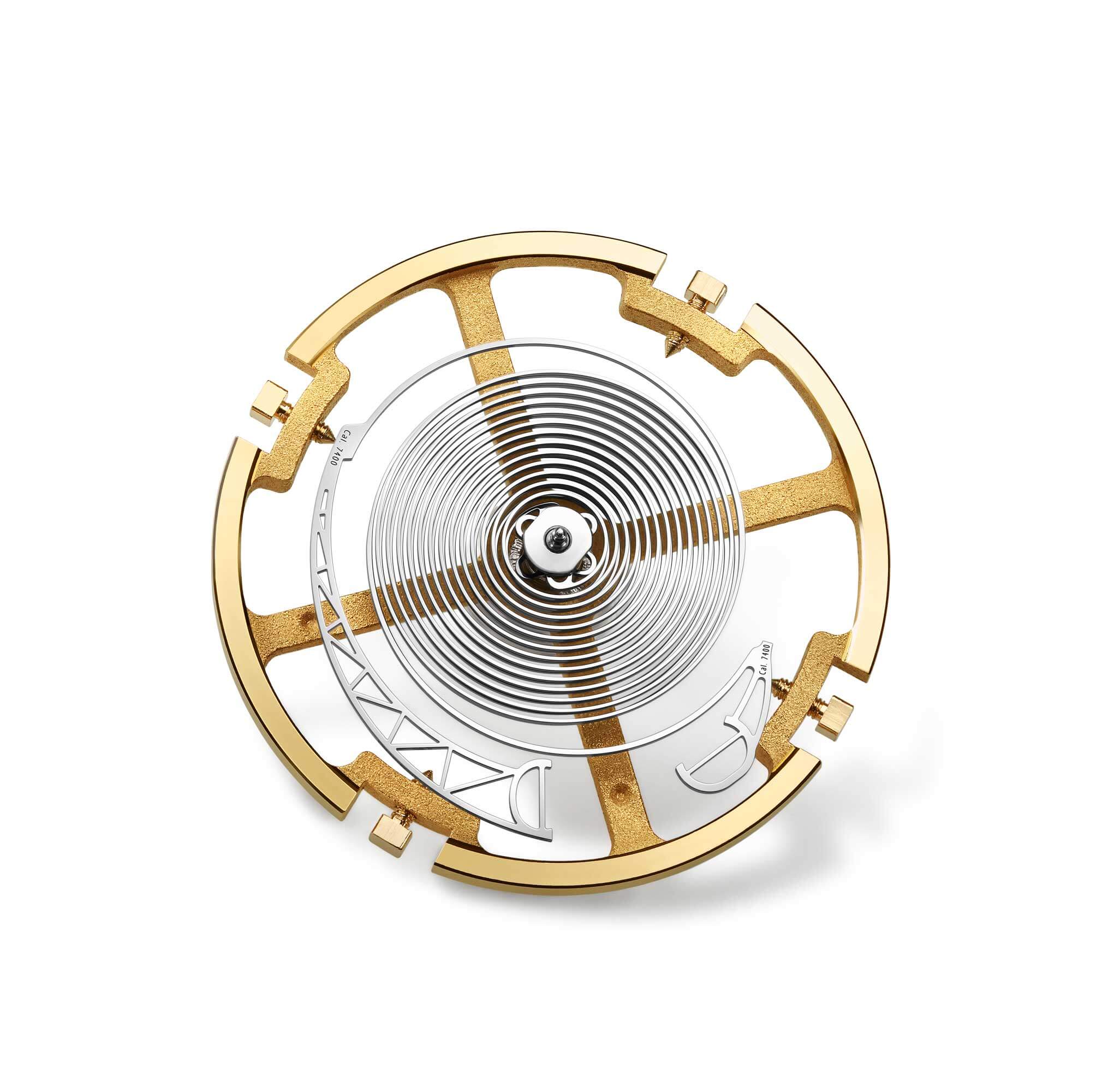 EG:  There is definite risk they are less serviceable. And there is another side to all of this, which is that most manufacturers are restricting parts sales to independent watchmakers. I believe this has contributed, indirectly, to collectors’ fast-growing interest in vintage watches. I’ll explain why in a moment, but the irony of this is that, in their effort to cut off the supply and destroy what’s left of the independent watchmaker community, I personally believe they effectively reduced their own modern watch sales. As for the customer, it’s only natural for them to ask themselves if a vintage watch has already lasted 50 years, one can argue it can go another 50 and a quality independent watchmaker can take care of it. If they wish to give it to their child, for example, they have a good chance of being able to do so. However, if today’s modern watches, manufacturers release no parts and make watches nobody can economically reproduce or match (aka silicon hairspring), and these same manufacturers frequently limit the age of the watch they will service, then what’s going to happen 50 years from now? Can you give that watch to your child and can it be maintained? The only answer will be your independent watchmaker working from more expensive donor watches where possible and if, for example, one or more parts are frequently failed then there will be no option. The manufacturers repeatedly fail to understand that the quality independent watchmaker and their supply houses are who kept their brand heritage alive and historically, going back decades, they were considered partners and essential to watch distribution and support. Today, I sometimes feel as though they view us as enemy #1 and, by doing so, it has not helped them one bit in my opinion.

What is your favourite watch and/or movement to service? Why? 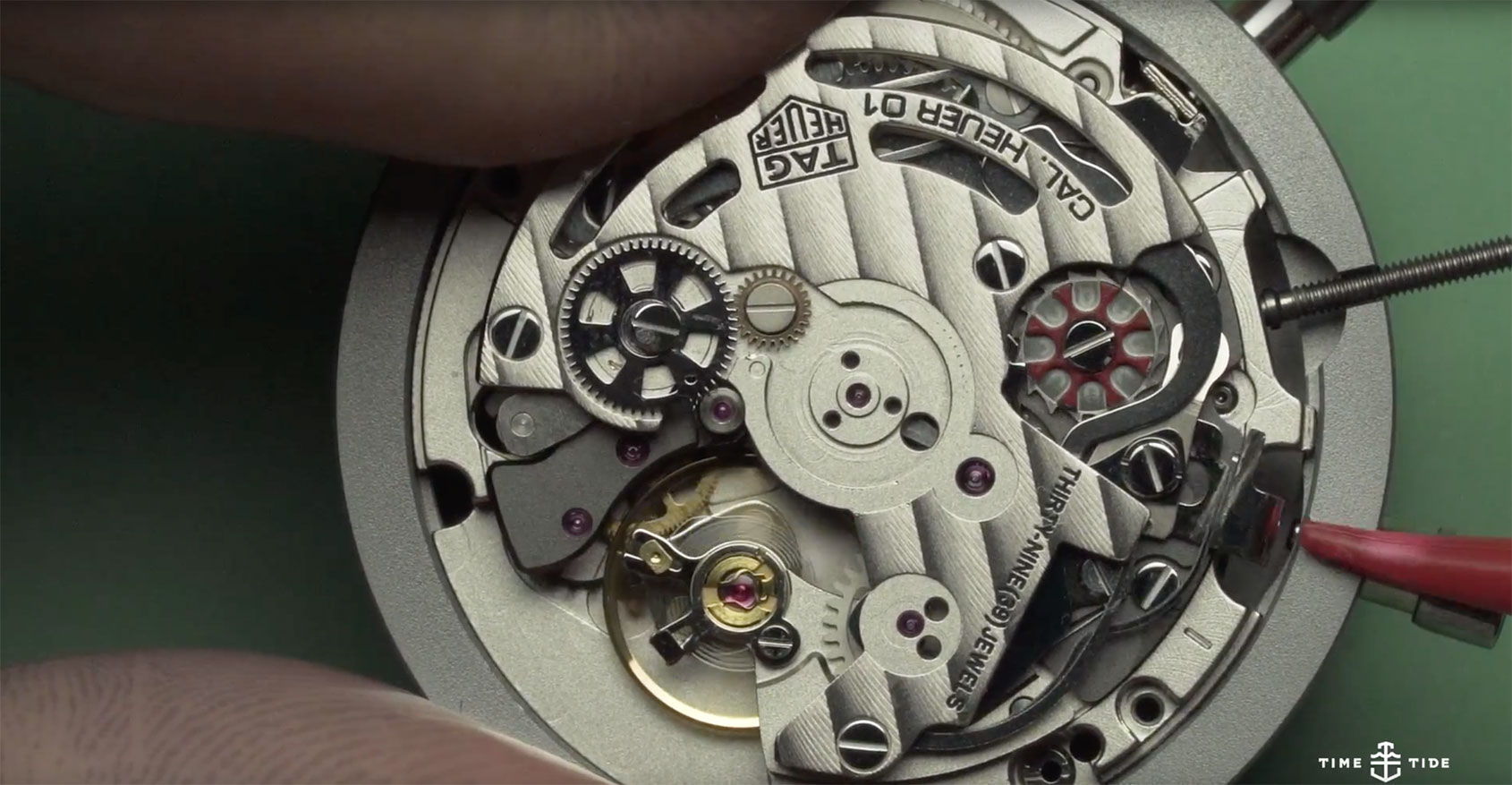 EG: My favourite watches to service may not always be the easiest or most profitable but ones I find interesting and enjoy. I often refer to the 1930s and 1940s as the renaissance period for the chronograph wristwatch. During this era, manufacturers were working day/night and competing to bring this innovation to the marketplace and they produced some absolutely stunning and beautifully executed watch movements such as the Valjoux 22 and 72, Lemania 15TL (33.3), and the Universal Genève chronographs. While working on them is not often profitable, their beauty, quality and history draws you in. Also, the automatic watch renaissance of the 1950s, during which this complication was perfected and the manufacturers began to reach their peak in terms of manufacturing quality, are also often wonderful to service.