Some watches always get the double tap when they show up in our Instagram feed. One such model is Glenn’s (AKA @syn_chronus) ridiculously lovely Breguet Tradition GMT. Not only because it’s a stunning watch in its own right, but also for the fact that we simply don’t see too many out there. So we got in touch with Glenn to talk about the story about his watch, and find out why he wears Breguet. 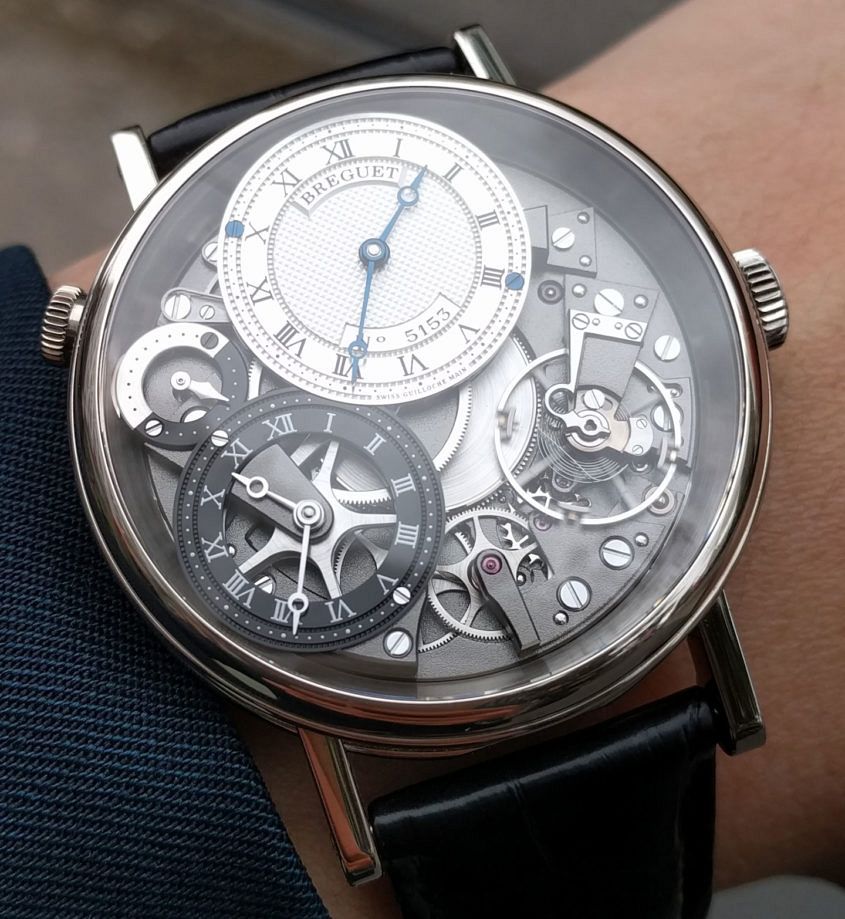 Take in all that gorgeous detail.

When did you first notice Breguet?

I was in Hong Kong, where there’s essentially more watch stores than convenience stores. I saw a big poster for Breguet outside of a boutique. It showed a watch with this open dial – so crazy and complex– it was a Tradition. Seeing that poster got me hooked on the brand.

Did you try a Breguet on that day?

No I didn’t. Back then I wasn’t deep into watches, I had a Rolex Deepsea so I liked them, but not like I am now. I actually thought the Breguet was a tourbillon, so I wasn’t comfortable going into a boutique and asking to try it on. I mean, there was no way I was ever going to own a tourbillon!

When did you get around to trying one on?

Years later, at Monards in Melbourne. I worked out that the Tradition wasn’t a tourbillon, so it was in the realm of possibility. I tried on the GMT in white gold, reference 7067, which is this watch. After trying it on I knew I had to have it – I wanted it so badly. 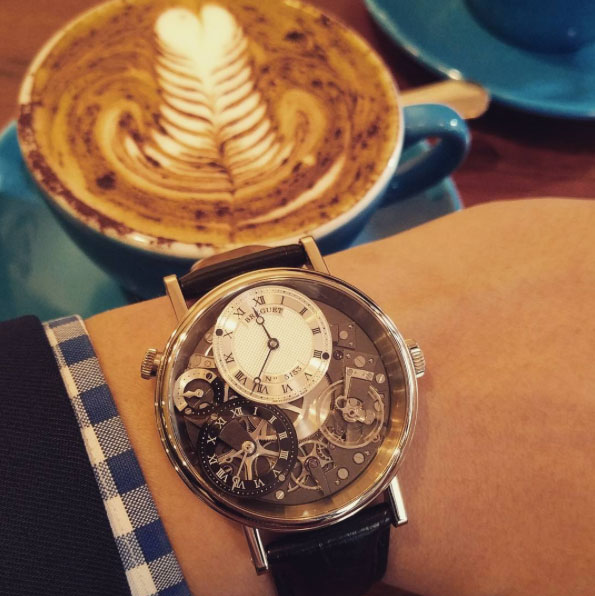 And how long did it take for this watch to join the collection?

I wanted to time it so the watch coincided with a milestone, and as luck would have it I was turning 30 that year and had just gotten a promotion at work, so I thought “it’s now or never.” It took six months of saving, but I got there.

What do Breguet do best?

My two favourite brands are Breguet and A. Lange & Söhne. Watch guys always talk about the ‘holy trinity’ being Patek Philippe, Audemars Piguet and Vacheron Constantin. For me it’s Patek, Breguet and Lange. I love that all these brands have defining characteristics that flow through all their watches.

Watch guys always talk about the ‘holy trinity’ being Patek Philippe, Audemars Piguet and Vacheron Constantin. For me it’s Patek, Breguet and Lange.

With Breguet it’s the inventions. Abraham Louis Breguet has a huge list of firsts to his name. And not just little things, we’re talking about huge, significant innovations (for example a self-winding mechanism and the tourbillon). He’s played the most defining role in the watch industry. All this history is there on the watch – the secret signature, fluted case, straight lugs, the serial number on the dial. It’s all there. Breguet offers all this history, right there on the dial, and manages to do it while still looking modern.

It looks different depending on the light, and because the dial is so complex it takes time to take in. I must say the caseback isn’t so impressive. It does have a hidden power reserve though, which is cool, most Tradition’s have them on the front. 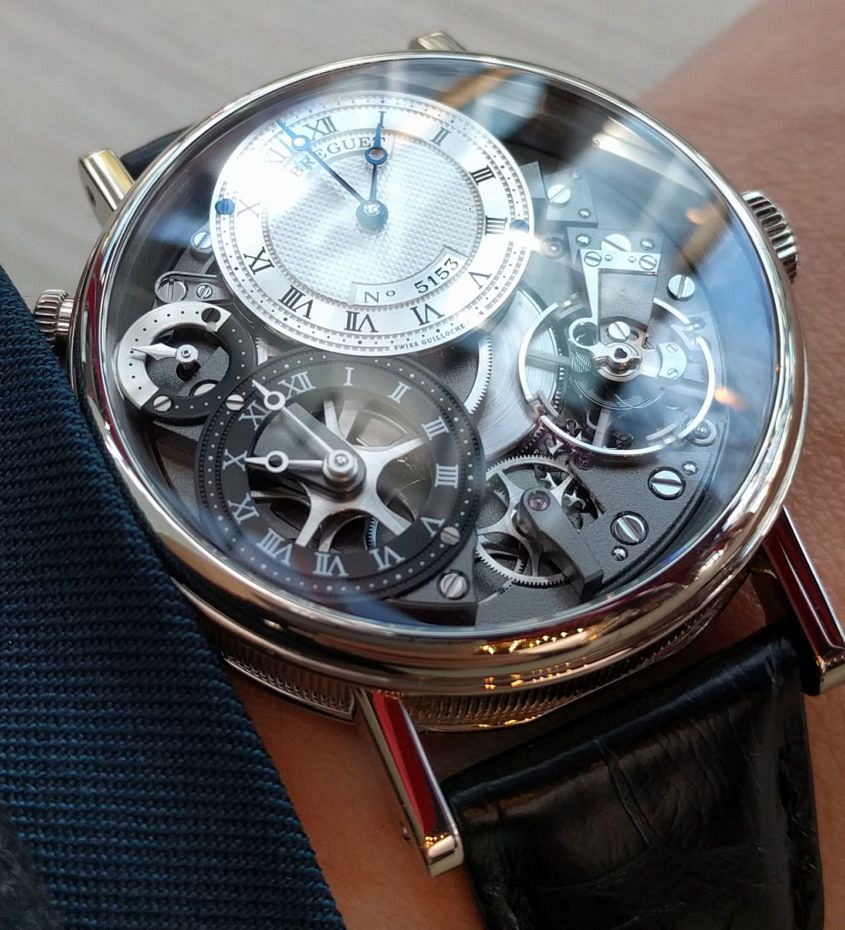 Abraham Louis Breguet has a huge list of firsts to his name. And not just little things, we’re talking about huge, significant innovations (for example a self-winding mechanism and the tourbillon). He’s played the most defining role in the watch industry.

I think watches are made to be worn, not kept in a safe, so I rotate all mine. It definitely looks best with a suit, as it’s fairly small and quite slender.

Quite a few actually. After my Hublot King Power, this gets the most remarks. It’s the dial factor. Watch guys know what it is and love that it’s a Breguet, other people just love the dial.

What have you learned about the ‘Breguet tribe’ in terms of the types of people that wear them?

Breguet is quite rare in the real world – I catch up with lots of watch people and I’ve never seen another Breguet. Patek Philippe and Vacheron Constantin are much more common. People that love Breguet love classic watches – they’re gentlemen who wear suits and like dress watches. It’s not really the same crowd as Hublot or Panerai collectors, they’re a bit more refined, and they know the technical side a little more. You’ve got to know your stuff to respect Breguet. 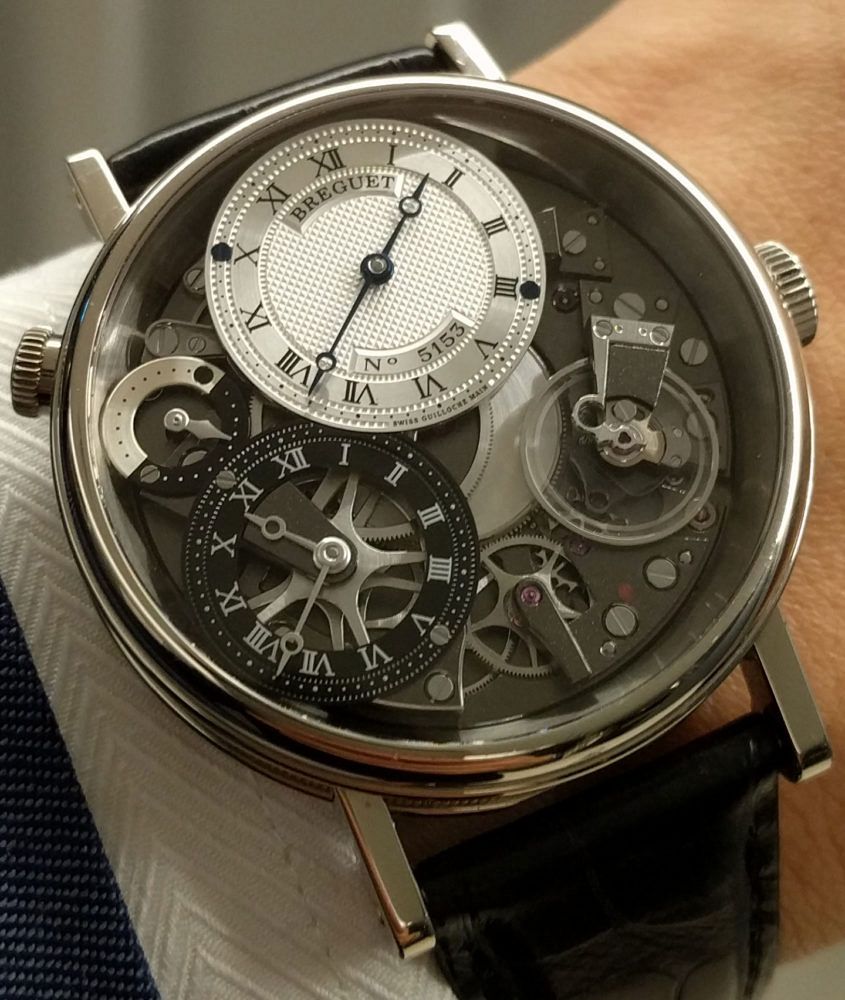 What’s the next Breguet?

The Tradition was an obvious choice for me – it’s an accumulation of the Breguet’s history in one watch. It defines the brand. If I was to get another Breguet I’d probably pick a Marine. It’s a more casual, accessible watch. Sporty style with a guilloche dial – you don’t see that every day.