To the average punter, casual enthusiast or proper aficionado, there is one brand that manages to muscle itself into just about every current conversation about watches. And the king rightly wears the crown. 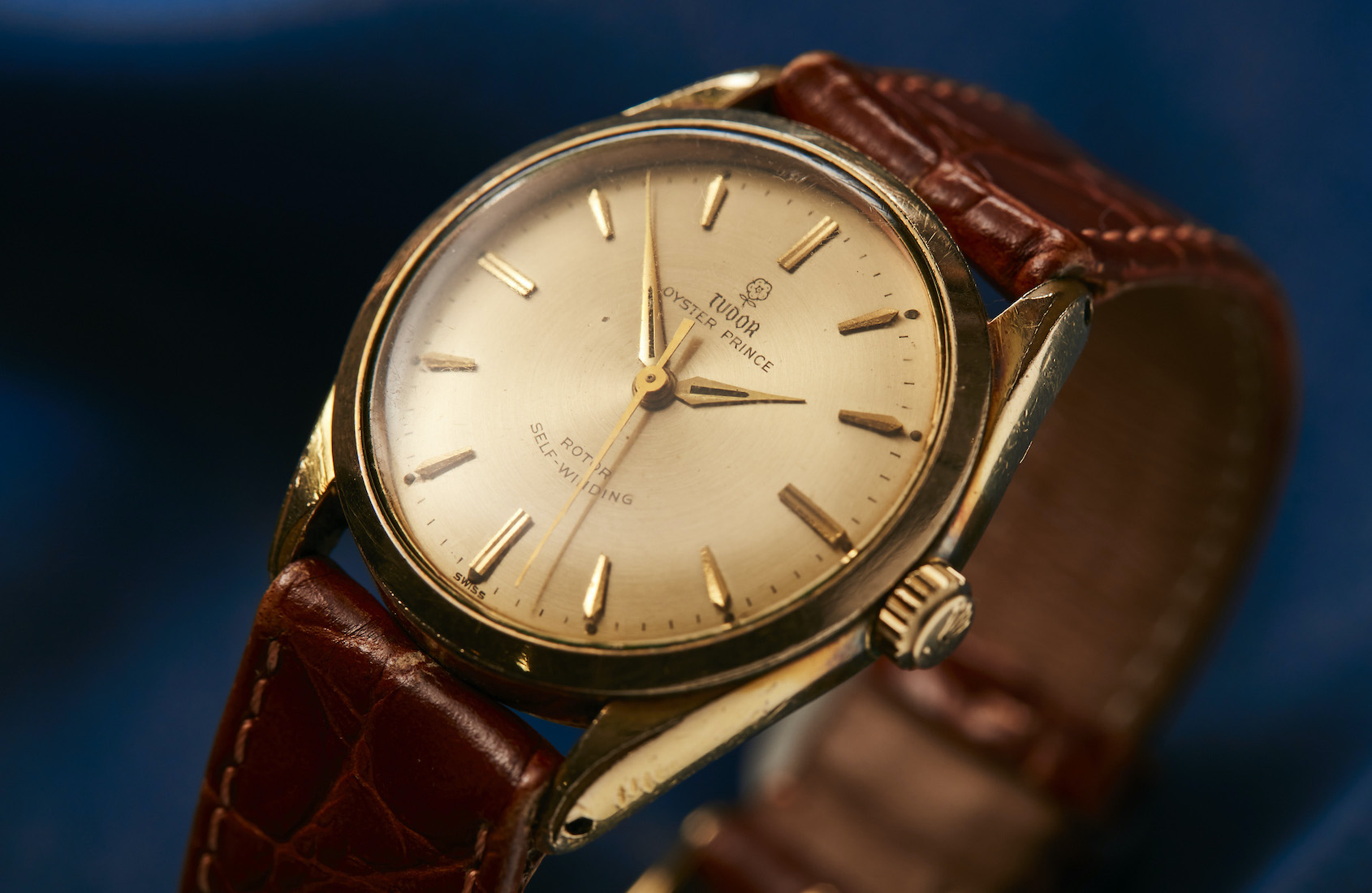 But there’s a problem for many, should they intend to deepen their own relationship with Rolex. Namely, the inflated prices that we have discussed many times before. And that’s a hard, oyster-shaped pill to swallow if you’re only new to this crazy industry. So, what’s the solution? Well, there are a number of avenues you can go down to sort your Wilsdorf fix. And this is a really good one. 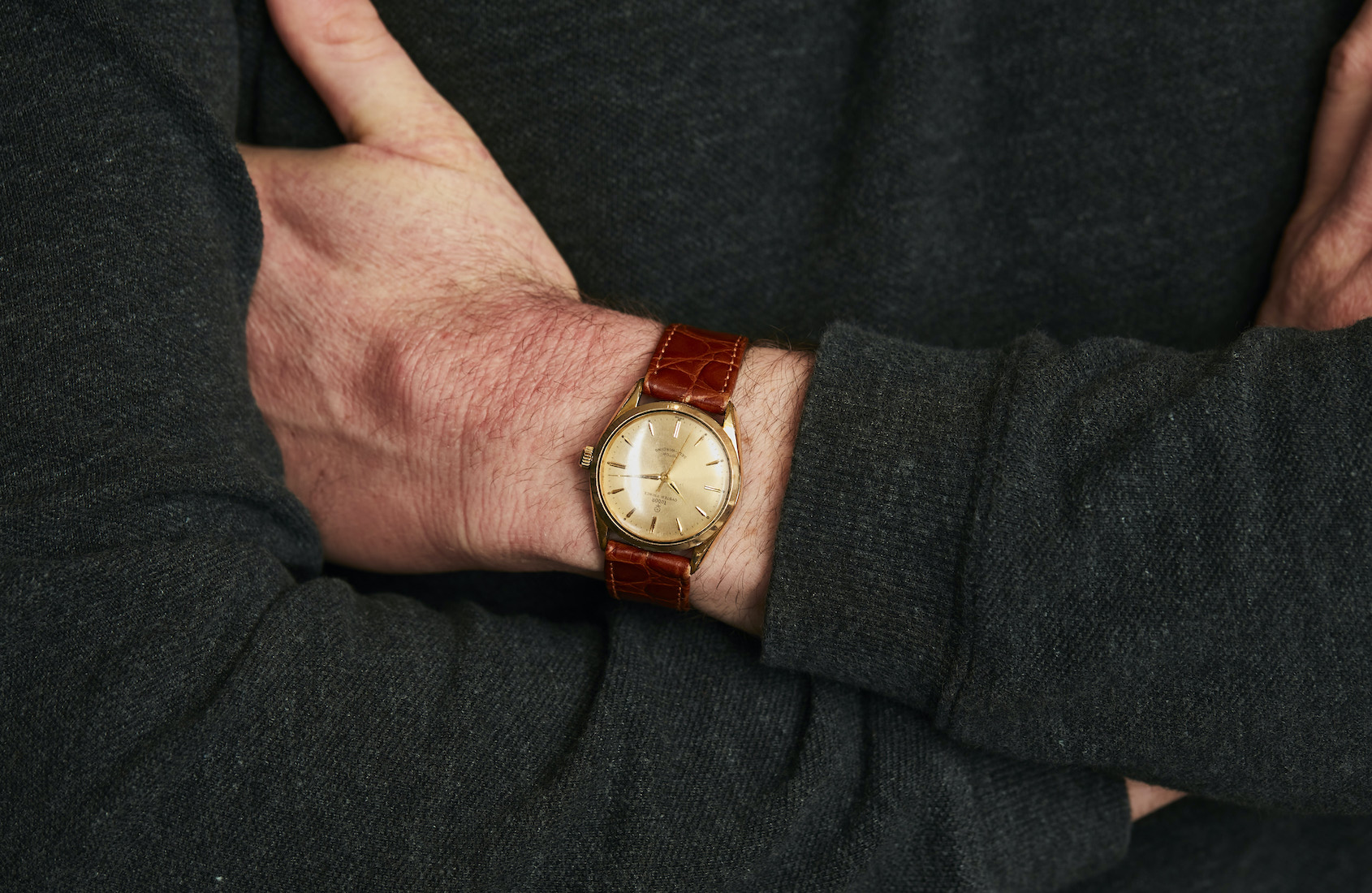 You could, if brave enough, buy into the increasingly popular homage segment of the watch industry. There are innumerable brands out there right now that will happily sell you a facsimile of your favourite Rolex for a fraction of the cost. Buyer beware, though – some of these creativity-free timepieces are about as well made as that pair of rip-off Ray-Bans your Aunty bought you on her last trip to Bali. And be prepared for watch snobs everywhere to turn their noses up at anything that isn’t the real deal. Ours included. Just don’t do it, no matter how cheap, it’s too expensive. 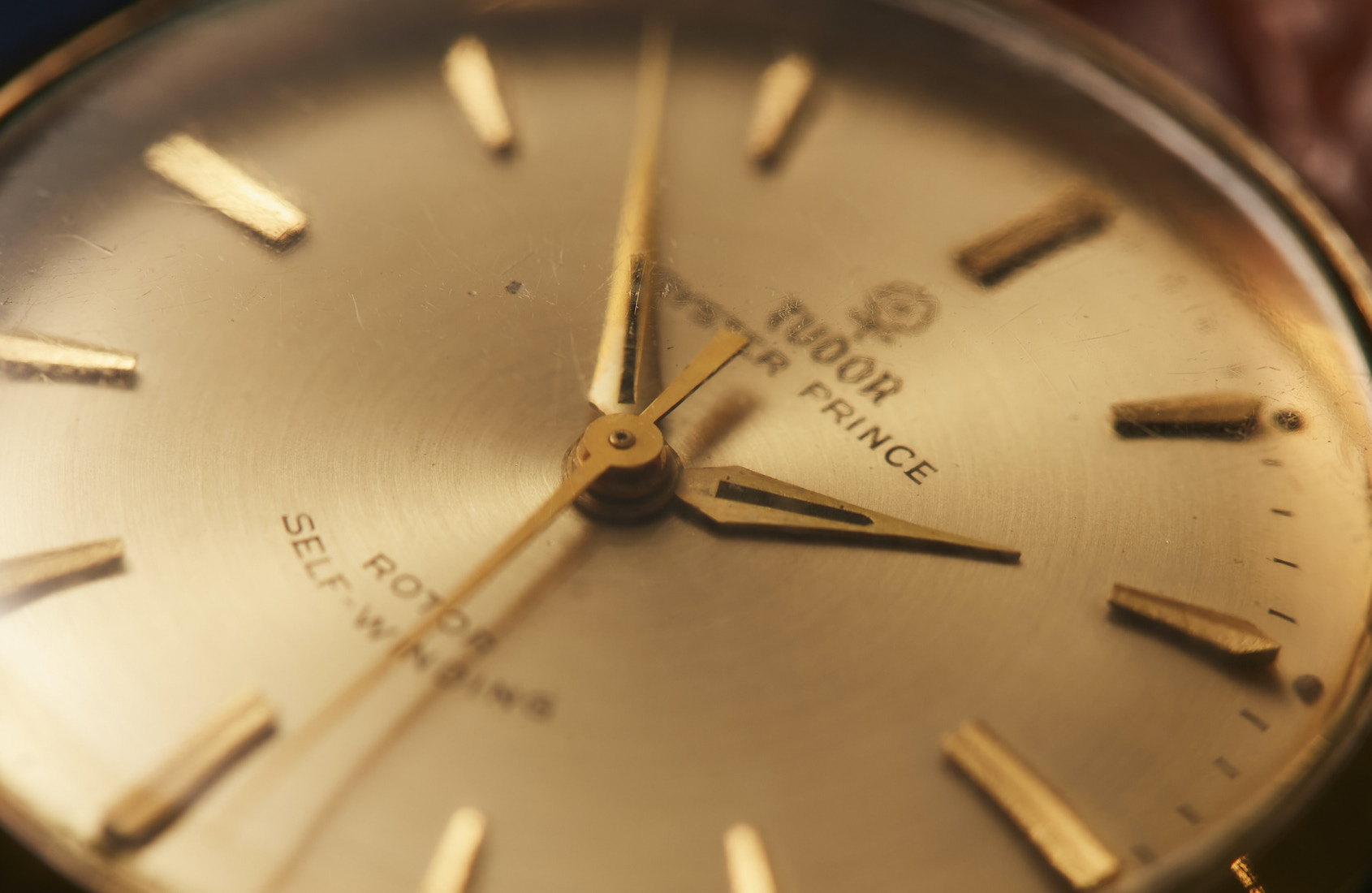 Another option would be to bury your burning desire for 904L, keep saving and, in the meantime, buy a decent Swiss or Japanese wristwatch that isn’t going to break the bank. Or you can do what I did – buy a vintage Tudor. 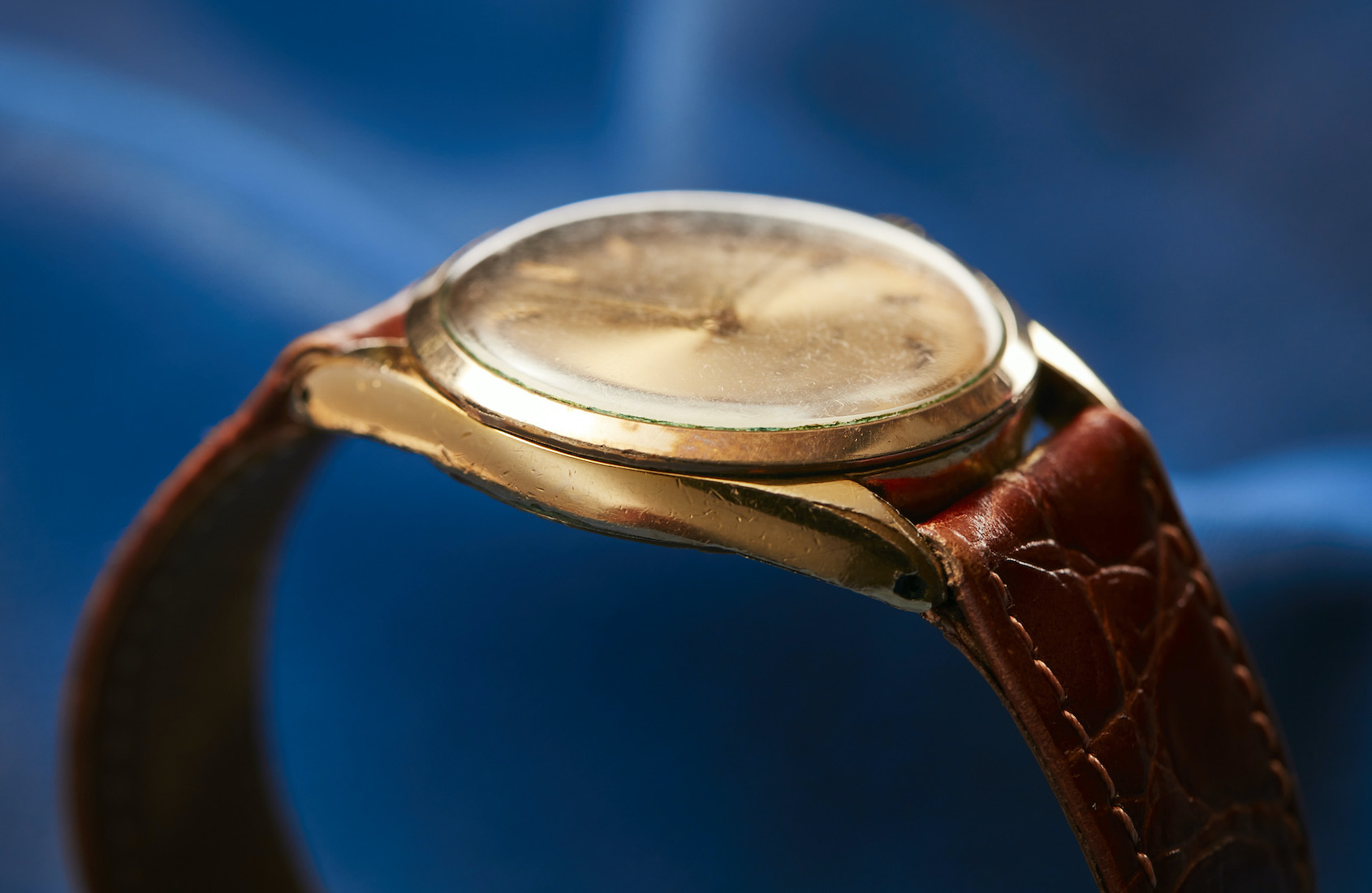 For the three people reading this who don’t know, Tudor is owned and run by Rolex, and was created by Rolex founder, Hans Wilsdorf, way back in 1926. The younger sibling of the Big Crown was created for the sole purpose of capturing more customers keen on the Rolex brand, but not the accompanying RRP. 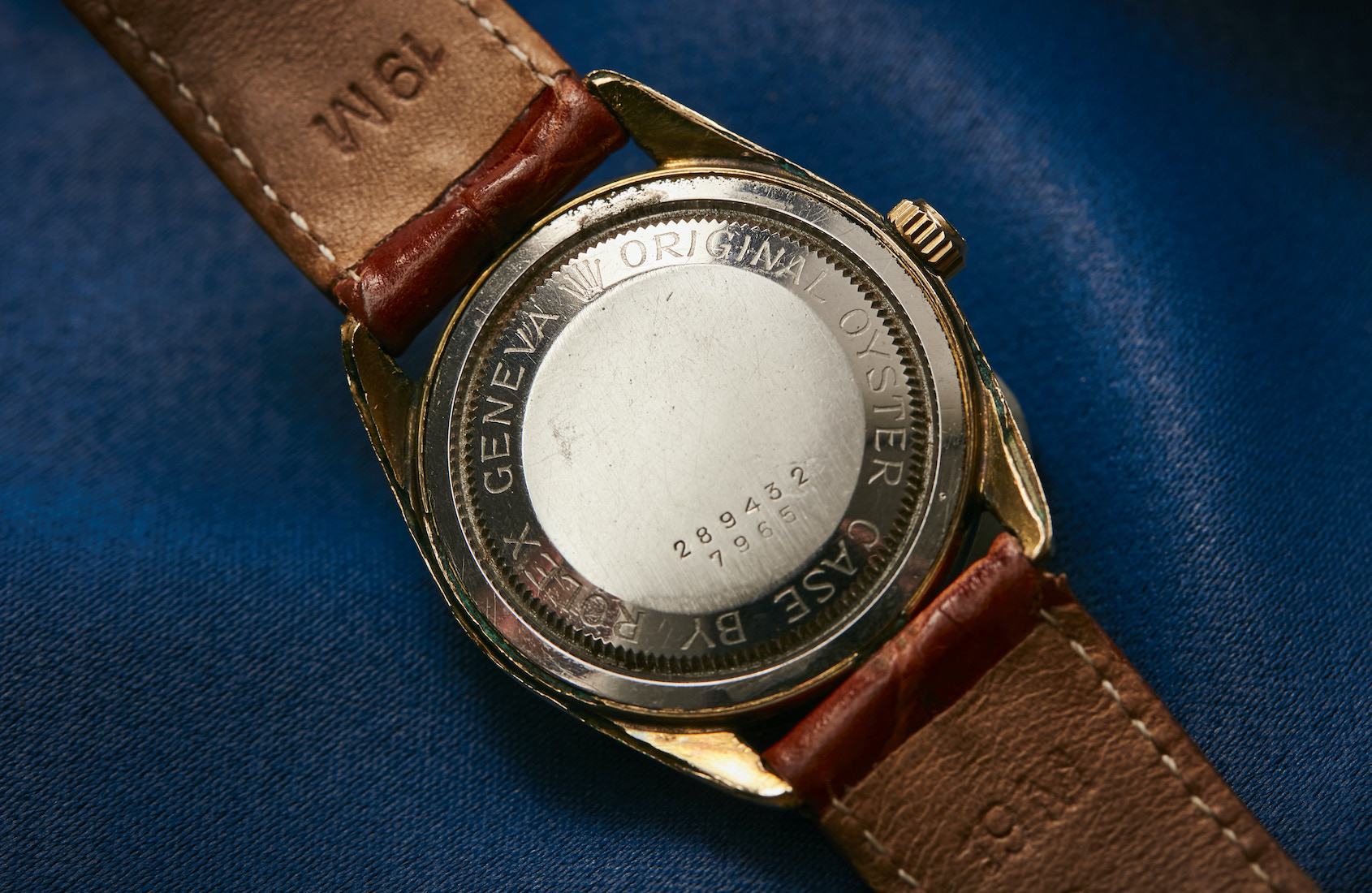 Tudor watches, for the vast majority of the 20th century, utilised the same cases, bracelets, dials and designs as their more expensive kin. But thanks to cheaper, third-party movements from the likes of ETA, the overall cost was kept way, way down. Watches like my gold-capped Oyster Prince can be found for as little as $1000AU, and they are nonpareil alternatives to buying a Rolex. I’ve had mine for more than a year now, and even though it’s close to 70 years old, it still quenches my Rolex thirst every time it’s fastened to my wrist. Allow me to explain. 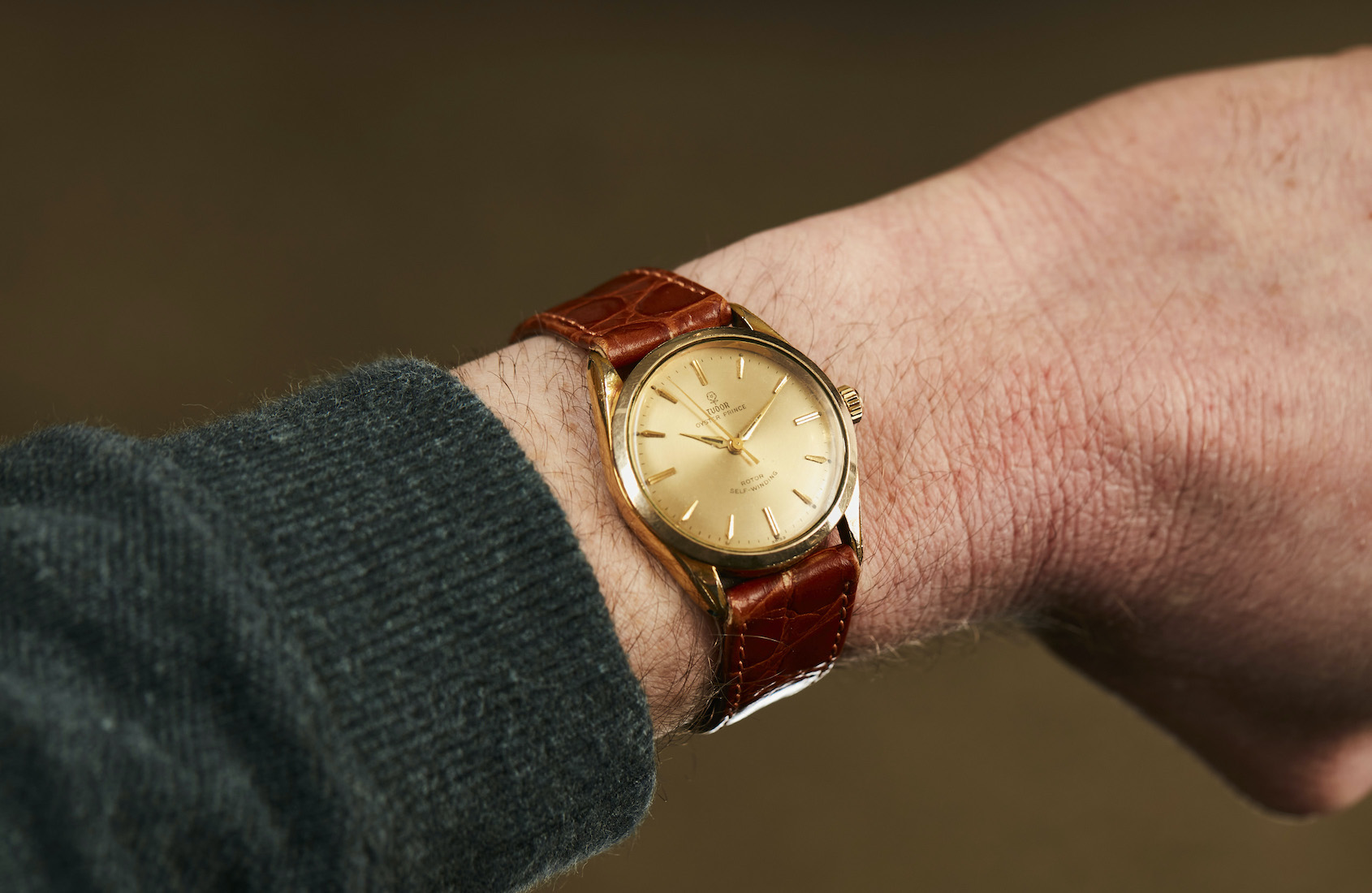 My first impression was … gold-capped watches should definitely remain a thing of the past. Don’t get me wrong, I love the way this watch looks and, to the casual observer, it just looks like a nice gold watch. But for the keen-eyed folks you’ll find at a local GTG, no two ways about it, this watch has taken a beating. Or, if one were to be charitable, you could say, “it has lived a life”. Besides looking faintly like a piranha’s chew toy though, this Oyster Prince does stir the loins with regal charm. The Rolex-logo crown, the Oyster case with “ORIGINAL OYSTER CASE BY ROLEX GENEVA” engraved on the caseback, the gorgeous Tudor rose … it’s a watch that pulls at your heartstrings in all the right ways, flaws and all. 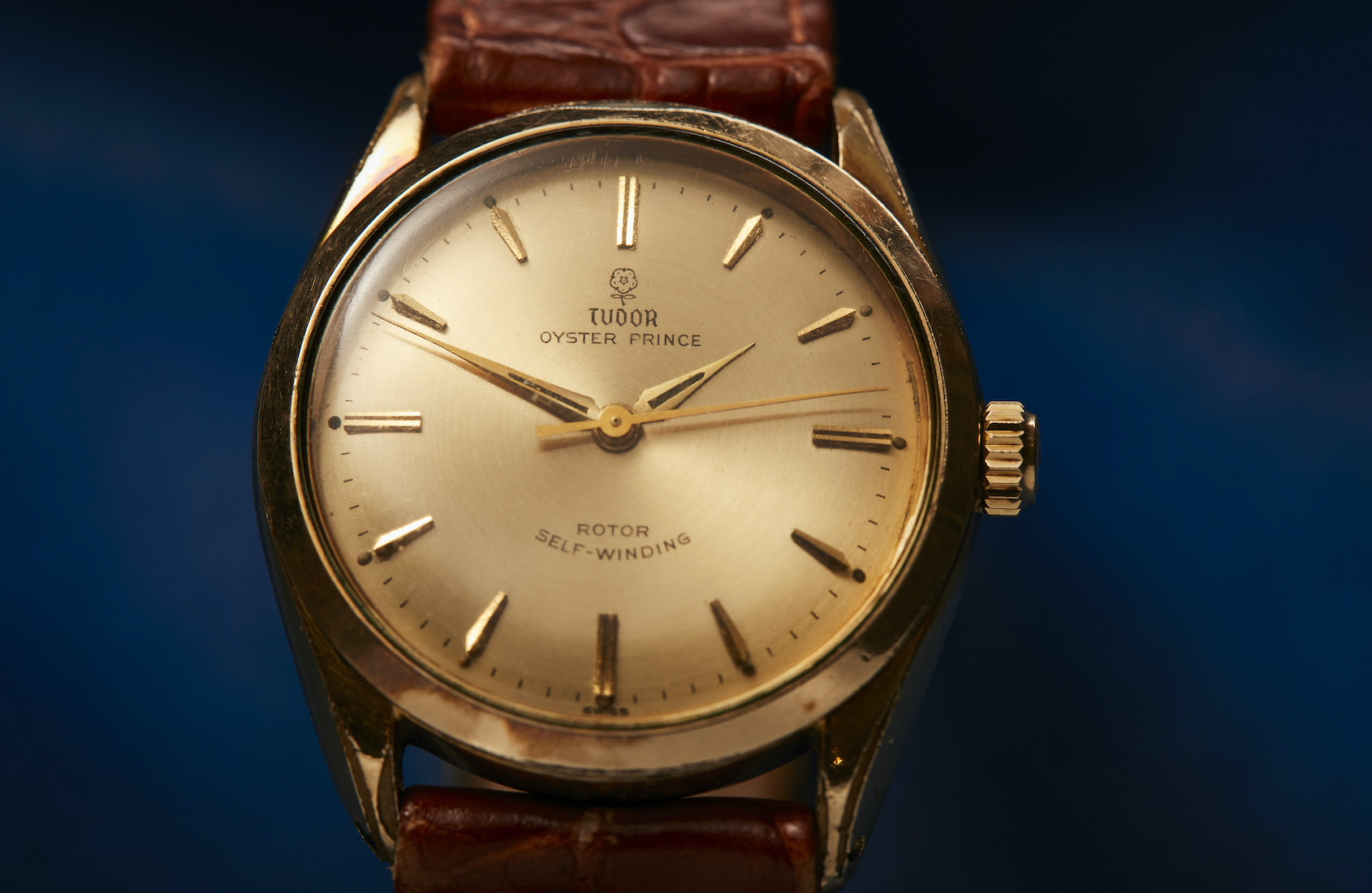 Once I put it on, it felt … light as a feather, but in a good way. Just like any vintage 34-36mm Rolex or Tudor from this era, there’s an ease of use when wearing it – a genuine effortless sensation that beguiles. And obviously, being a Tudor, there’s a “cheap thrills” element that always manages to put a smile on your dial … see what I did there? 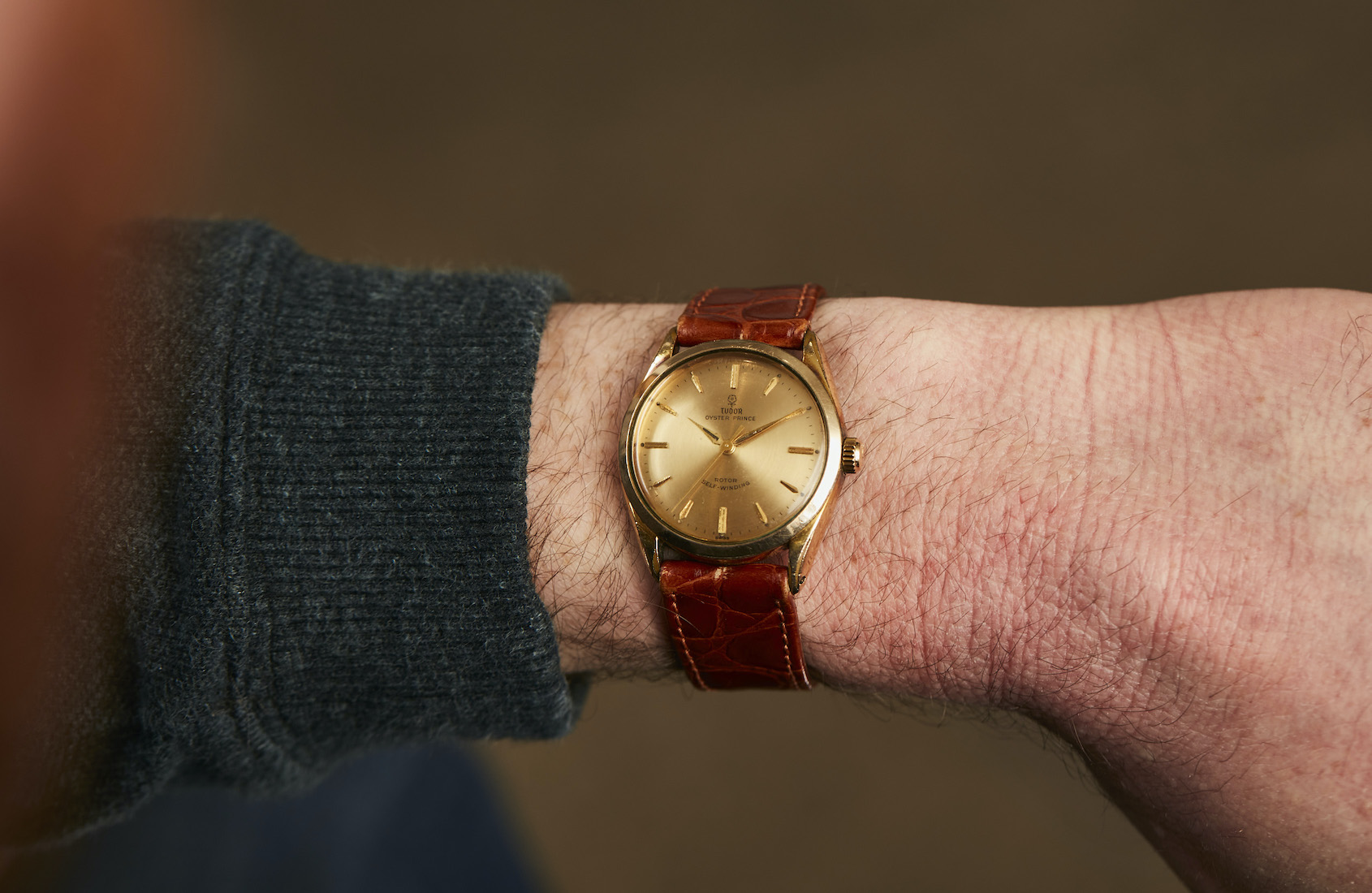 Looks-wise … it’s a pretty handsome thing. Sure it may be on the small side for some, but the deficit between 34mm (which this watch is) and 36mm in this type of Oyster case, is, in my opinion, negligible. The gold that shrouds the stainless steel structure of the case is gnarled, nicked and in places heavily oxidised, but these idiosyncrasies contribute to a vintage aesthetic that’s attractive and hard to ignore. The Champagne dial, gold-coloured applied baton indices and sharp handset all serve to flatter the watch’s predominant aesthetic, and the diminutive Tudor Rose found at the 12 o’clock position is lovely. 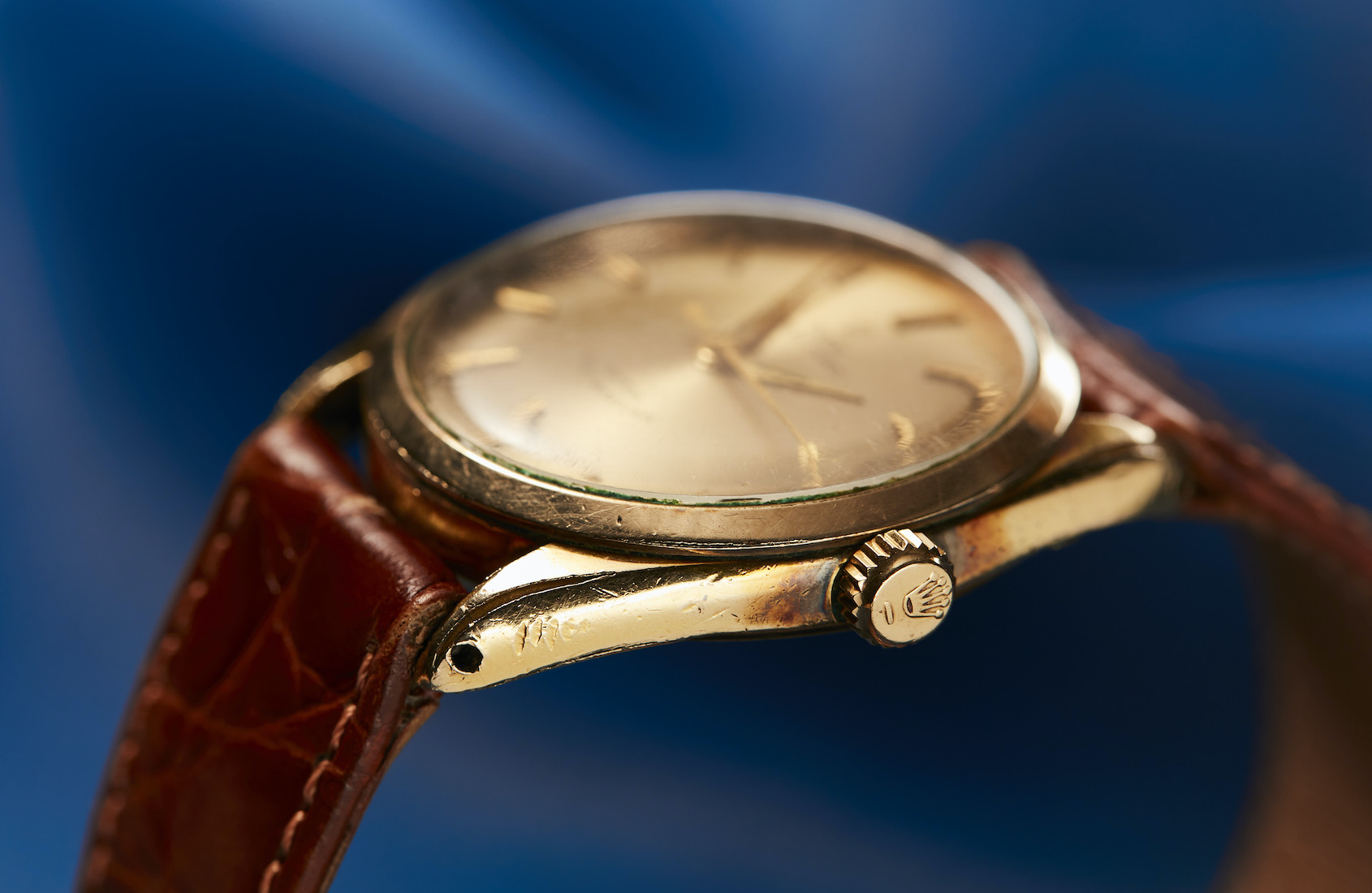 What stood out to me … how hard this watch punches above its weight. I’ve had many people at GTGs compliment the watch, and when I tell them what I paid for it (less than $1000 AUD), they’re shocked. It’s not perfect though – there’s a glaring inefficiency in the Calibre 2461 automatic movement that powers it — I’m talking +/– 60 seconds a day. But it’s probably just a couple of decades overdue for a service, and it should run with no issues after that. 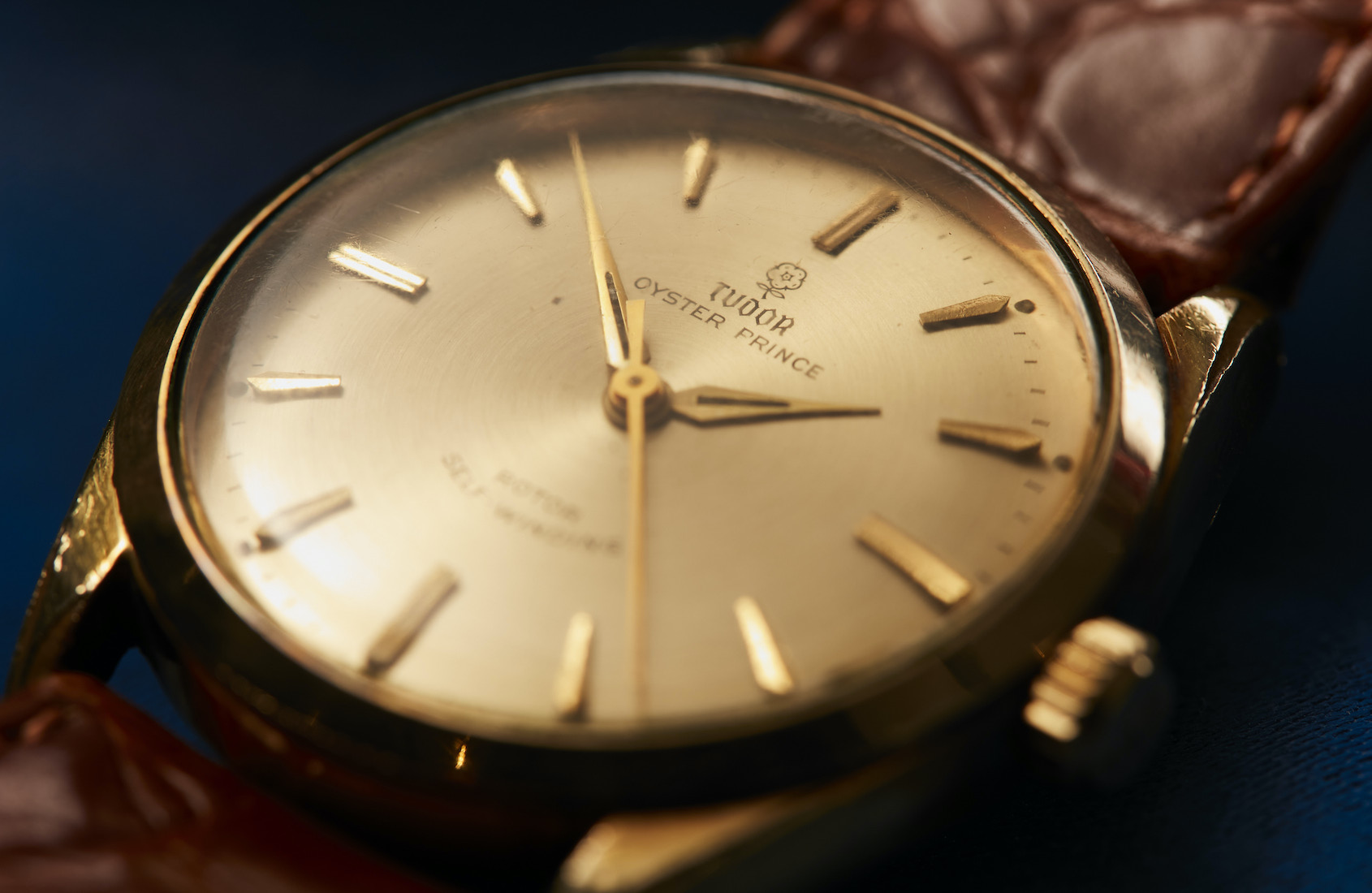 I’d wear this with … pretty much anything. It’s perfect for cocktail affairs, but equally at home on the wrist with a pair of faded blue jeans, white tee and a pair of battle-scarred Chuck Taylors. You wouldn’t wear it to a black-tie event, especially on the tan strap, but apart from that it’s quite versatile.

If I could change anything … ahh, there’s nothing really. I wish the case were in better condition – the degradation of gold capping has left some slightly sharp edges that are filled with 50-plus years of detritus. Apart that though, it’s pretty perfect for what I want from this type of watch. 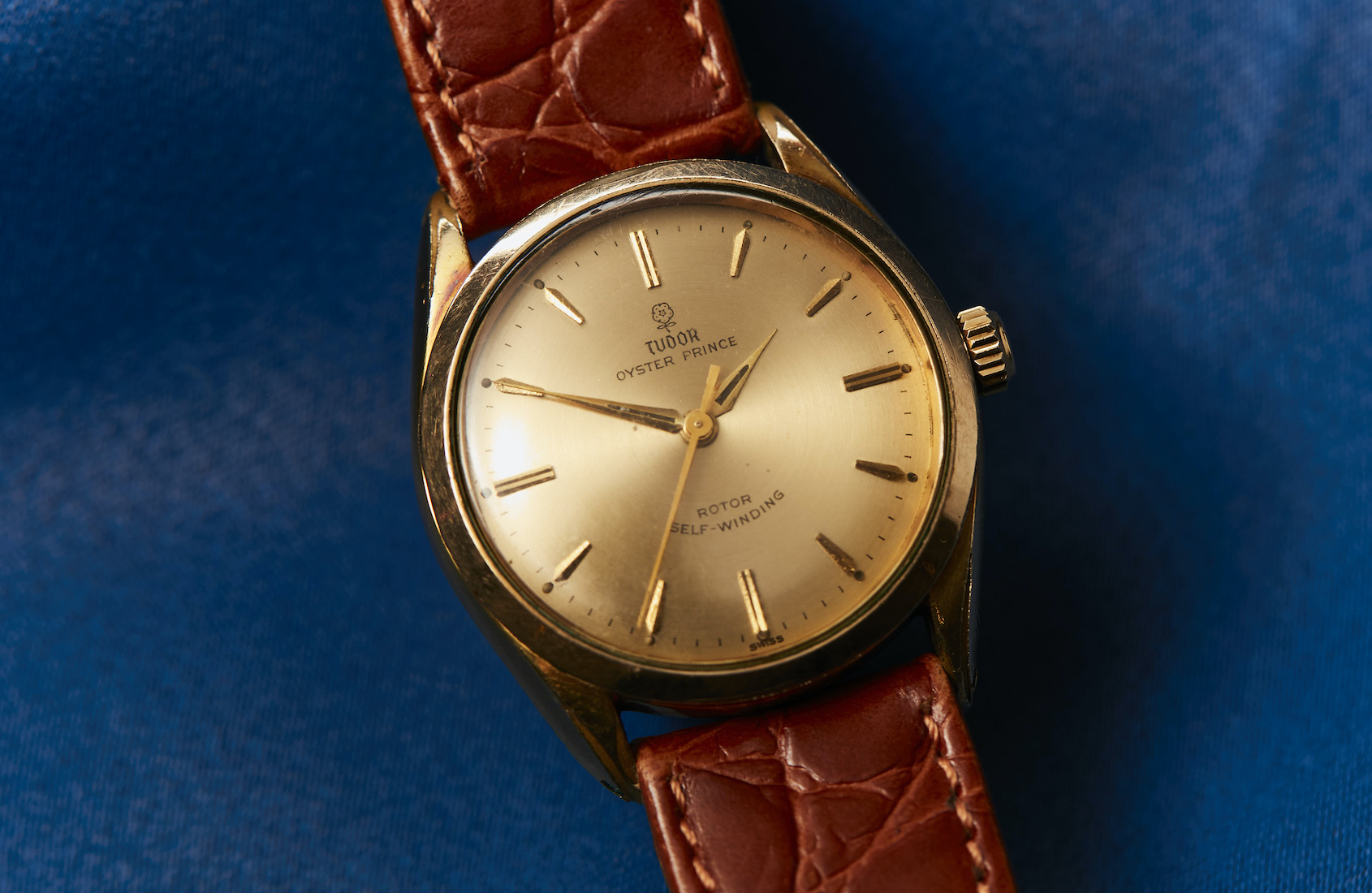 One year on … there’s still plenty of love for this watch. I don’t imagine it’ll be leaving the stable anytime soon. If you’re hesitant about buying a Tudor/Rolex from this period, don’t be — pull the trigger. You won’t regret it.