In this extra long edition of Who to Follow, Andy speaks to the exceptionally well-dressed Gary about life, work, finding the right watch, and how to dress your best. 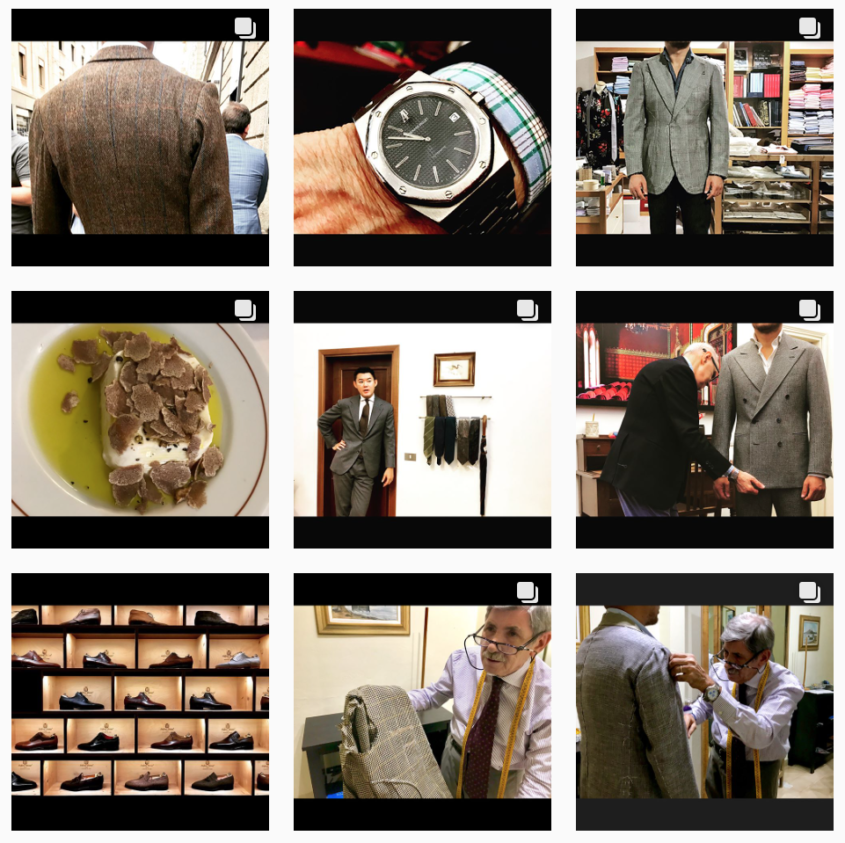 So Gary, tell me about yourself
By day, I’m a travelling salesman, making promises my colleagues get to keep. I work for an international consulting firm and help clients identify, quantify and mitigate people risk, a collective term for all the bad things that can happen to employees. My work requires me to travel across Asia and occasionally to Europe and the US.

After hours, I moonlight as an author, photographer and micro-publisher of books focused on bespoke menswear – clothing, footwear and accessories. In November 2016, I published my first book, Master Shoemakers: The Art and Soul of Bespoke Shoes. I am currently working on two other book projects.

I love discovering new things and appreciating the work of artisans and craftspeople, in particular watchmakers, tailors and shoemakers. I am curious about the method and the effort required to handmake a suit, a pair of shoes or a watch. 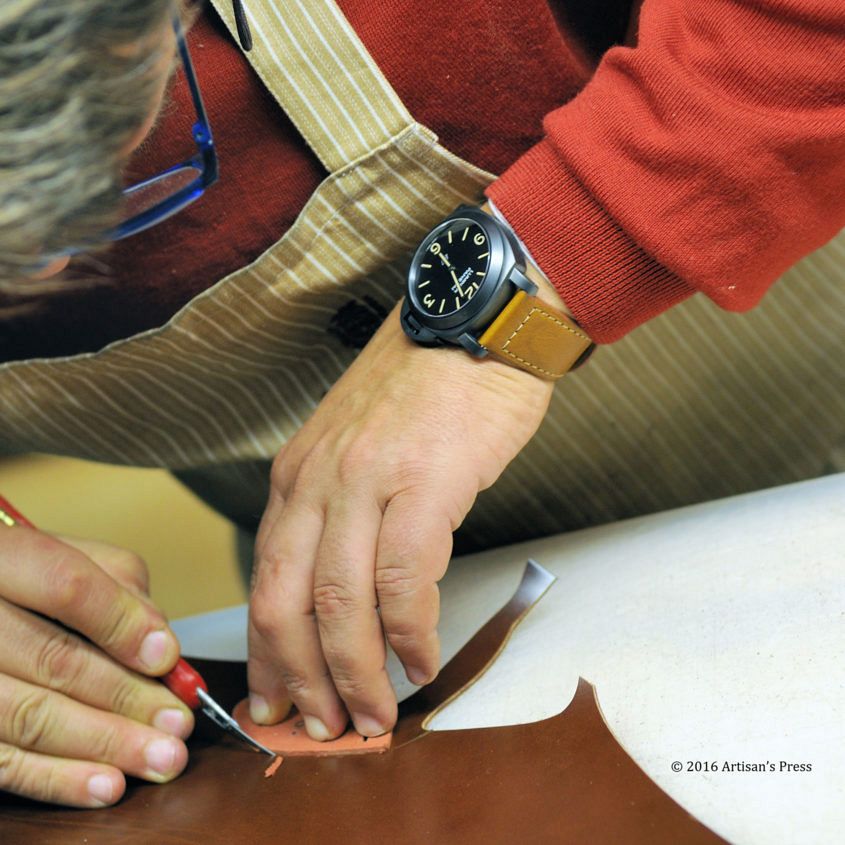 What’s your daily watch and why?
Whilst not my daily watch, the stainless Rolex GMT-Master II (ref. 116750) is what I wear most often. Functionally, it represents the perfect tool watch, given my constant travel and the need to work across multiple time zones.

Aesthetically, it is versatile and easily complements my wardrobe. The value of versatility lies in the knowledge that it will wear well with the day’s outfit, whether it be a bespoke Neapolitan suit or a casual workwear shirt and Japanese denim jeans. 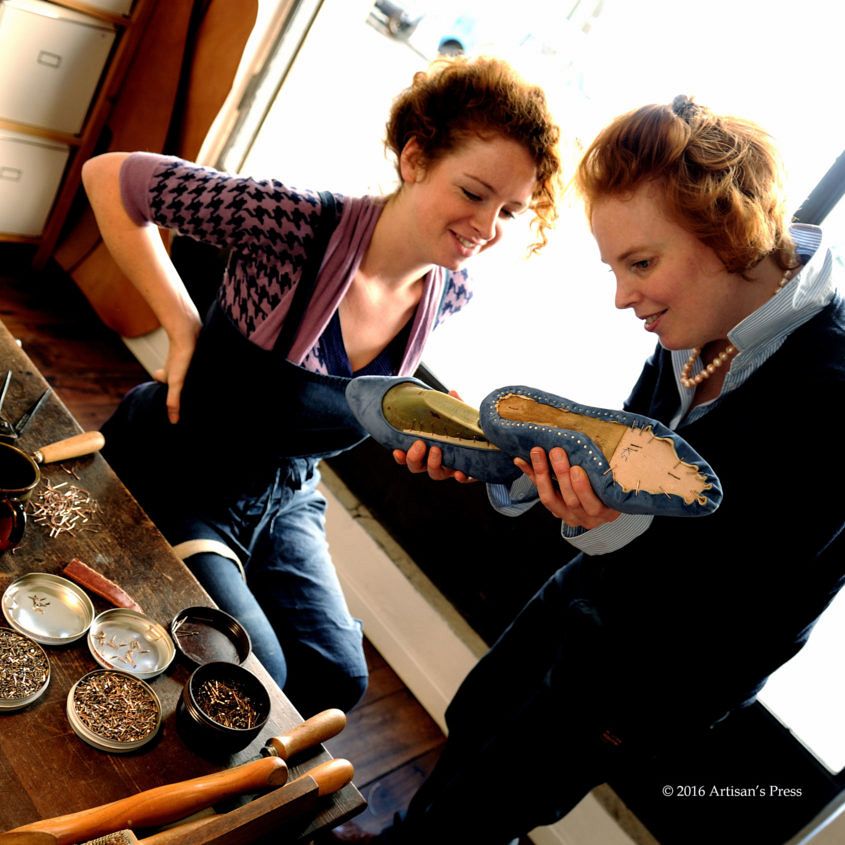 On the dressier side of things I have two Patek Philippe Gondolo rectangular time-only pieces as I love the art deco-inspired designs. Besides the Swiss watch brands, I also have a collection of Seiko 5 Sports divers and Casio Pro Treks, which I consider to be the “everything but the kitchen sink” watch.

However, what excites me most are the independent watchmakers. My favourite watch, as opposed to my most worn watch, is Romain Gauthier’s Prestige HM in rose gold and salmon dial. It encapsulates everything I respect about the pursuit of a craft, from the originality of the design to the fastidious finishing of the movement. Having owned the Prestige HM for seven years, I still get that giddy feeling of a newly acquired piece when I put on Romain’s watch. I suppose that is how I know this is my favourite. 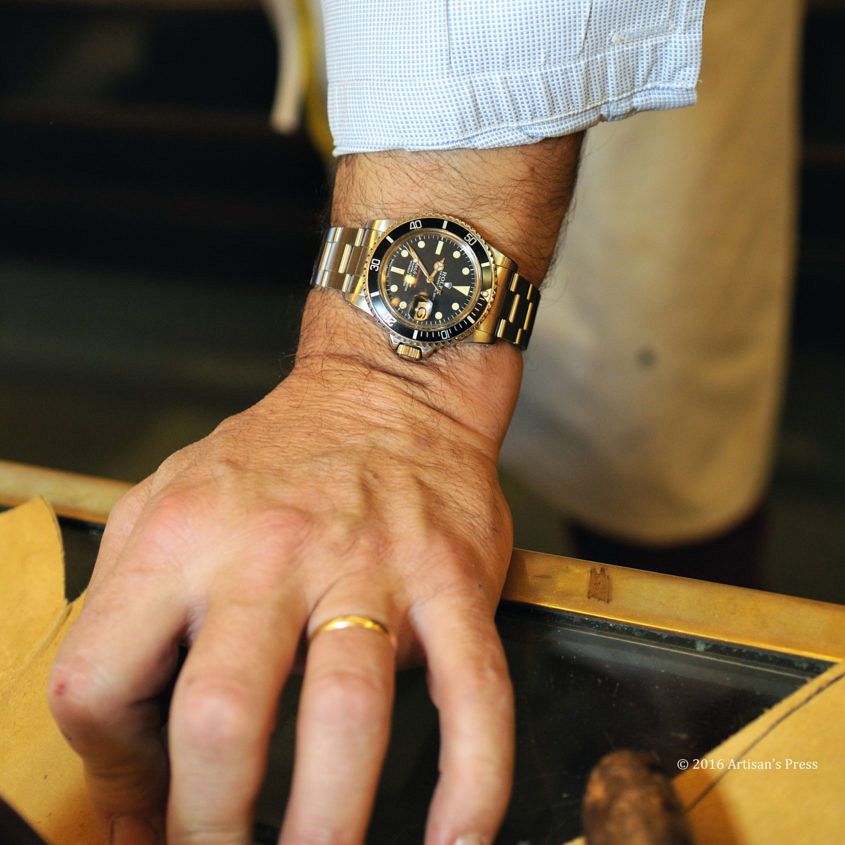 What’s that next piece you’re looking to buy?
The current temptation is a Rolex Submariner (ref. 5513). There is also a Zenith Tipo CP 2 on the horizon. I also ordered a piece from Marco Lang, a watchmaker from Dresden, Germany. It should arrive in February 2018. Beyond that, I am looking out for the “right” Rolex Submariner (ref. 1680) with the Mark V dial.

What do you look for, in terms of criteria, when buying a watch?
My collection is focused and without complications, both figuratively and mechanically. It consists of time-only, chronograph and GMT complications. Previously, I had a small collection of annual calendars and triple-date chronographs but I found them to be too fussy.

Keeping things simple also means not buying impulsively. As I live in Hong Kong, the horological Las Vegas of the world, temptation is everywhere. Hong Kong’s high-volume watch trade makes it easy to get caught up in a perpetual spiral of catch-and-release. As such, I have imposed a high degree of discipline on myself. A recent article by Time+Tide on speculative trading of watches reflects my opinion and is a must-read for all watch collectors.

Having said that, I have been bitten by the vintage Rolex bug and that is a slippery road indeed. To guide my decisions, I have established a set of parameters of what I value in a given vintage piece and, thus, what trade-offs I am willing to sacrifice for a given budget. 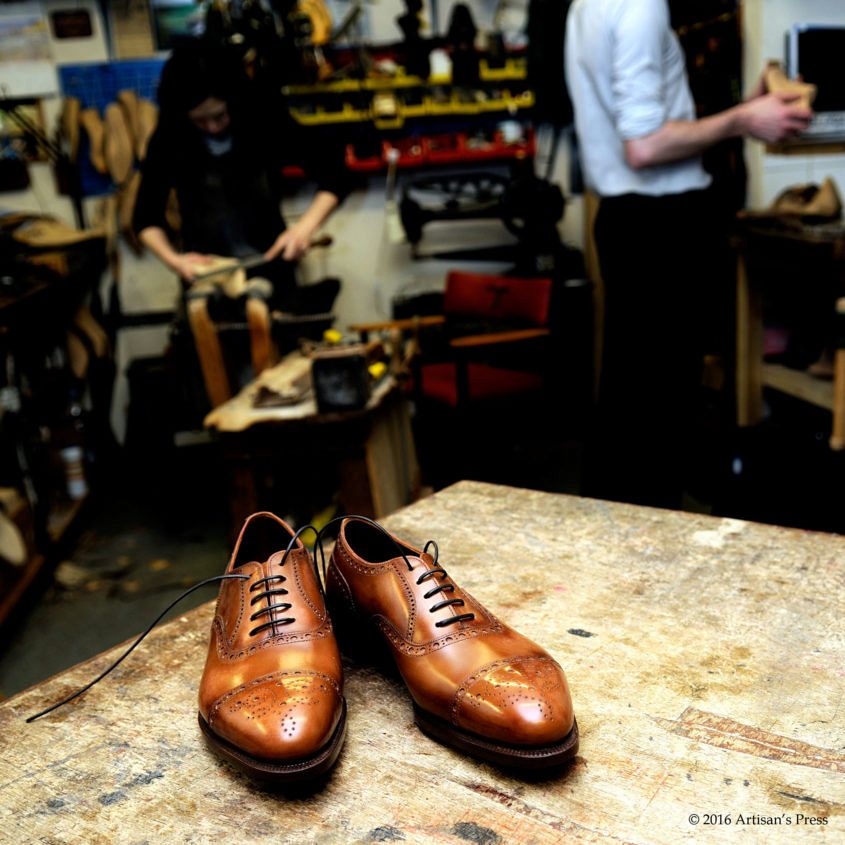 Let’s talk about your latest purchase, a vintage GMT-Master – what’s the story here? Has it been something you’ve been after for a while now?
While at a gathering with a group of watch collectors in Manila, I noticed the majority of them wore Pepsi and Coke GMT-Masters of varying references and vintages. The conversation soon became a master class in GMT-Master, in particular the variations of the ref. 1675, i.e. gilt dial this, Long E that. Until then, I had little appreciation of vintage Rolex GMTs.

Several months later, I was dining at a restaurant in Honolulu and struck up a conversation with a neighbouring diner who was wearing a GMT-Master with a faded Pepsi bezel. He was a retired US Navy Officer and bought his GMT-Master in the late ’60s as a replacement of a Rolex he lost while serving in the Korean War. As we chatted, I took off my GMT-Master II and handed it over to him. Instinctively, he took off his GMT-Master and handed it over. We wore each other’s watch for the rest of the dinner, much to the amusement of his wife.

At the end of the night, as we exchanged watches, he noted that besides the weight and thickness it was essentially the same watch and marvelled at how enduring the design of the GMT-Master was. With that, the seed of desire for a Pepsi GMT-Master was sown in me.

A week later, I was in Manhattan for the US launch of my book. Besides the main launch event, I held a small private event with Analog/Shift, the vintage watch dealership. At their office, there was an extensive display of GMT-Master and Pan-Am memorabilia. It cemented my decision to mark the US launch of my book with a Pepsi GMT-Master. Soon the hunt began and the rest, as they say, was history. 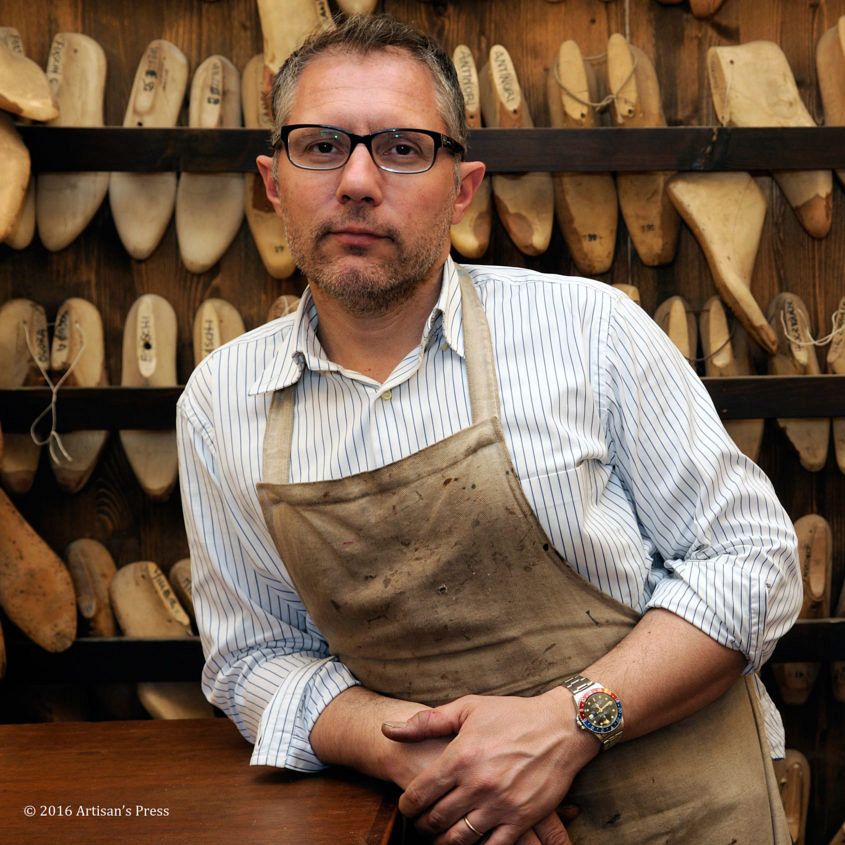 I know you’ve recently finished a very big project, Master Shoemakers, tell us about it.
Master Shoemakers: The Art and Soul of Bespoke Shoes is a 256-page large format coffee table book featuring 11 bespoke shoemakers from England, France, Germany and Italy and over 160 original photographs (some of them in this story). It is published by Artisan’s Press, a micro-publishing company founded by myself and Frank Franzese, who is also the art director for the book. 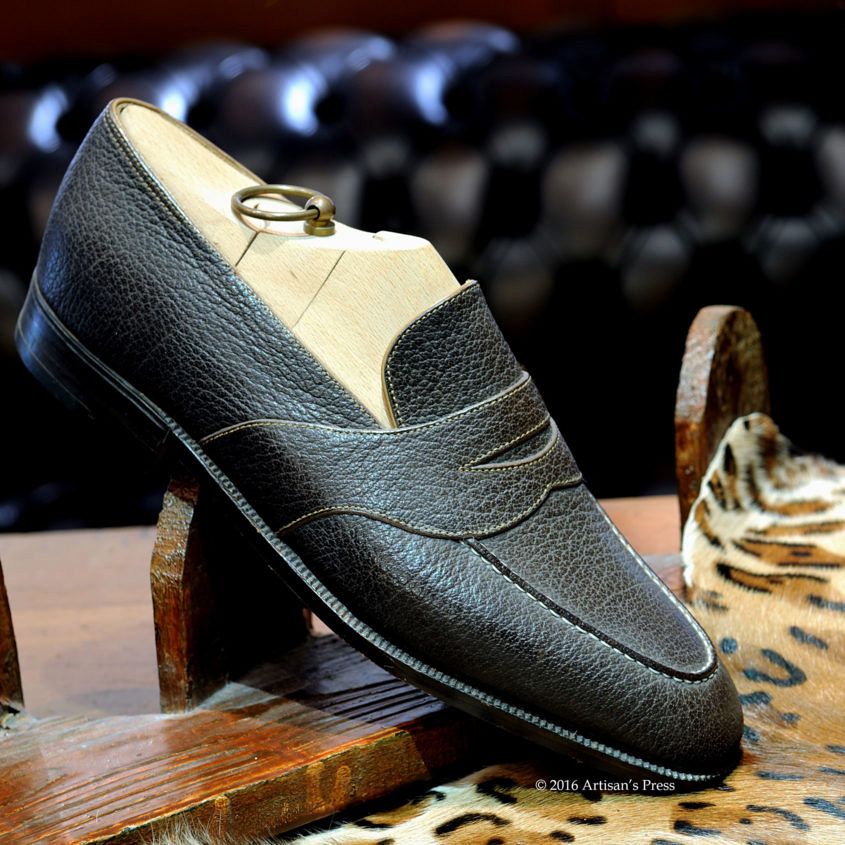 How did the idea come about?
The idea came about when I contemplated the commissioning of a pair of bespoke shoes. At that time, I had developed a wardrobe of bespoke garments from Neapolitan and Florentine tailors but continued to wear ready-to-wear shoes.

I realised that the prevailing information on the internet and literature relating to shoemaking was limited. Specifically, there was a lack of information on what it would be like to work with them, particularly the dozen or so shoemakers I had shortlisted. Most of these shoemakers are individual artisans, not easily accessible to the broader public. As I was already planning to meet these artisans to discuss and photograph their work, collecting and documenting the information was a logical extension of the effort. Initially, the idea was to post the information on a blog or forum. However, I felt that the intangible nature of online information did not reflect the tangible nature of the product. That was how the idea of doing a book was formed.

So, how long did the project take from start to finish?
The project took five years to complete on a part-time basis. The progress of the book went through several phases of starts and stops due to my professional and personal commitments. I also took the decision to self-publish. Given that there was nothing like it in the market, I found that retaining creative and independent control was critical. It was important to me that information presented was factual and independently verifiable while the stories of each master shoemaker were authentic and not advertorial. 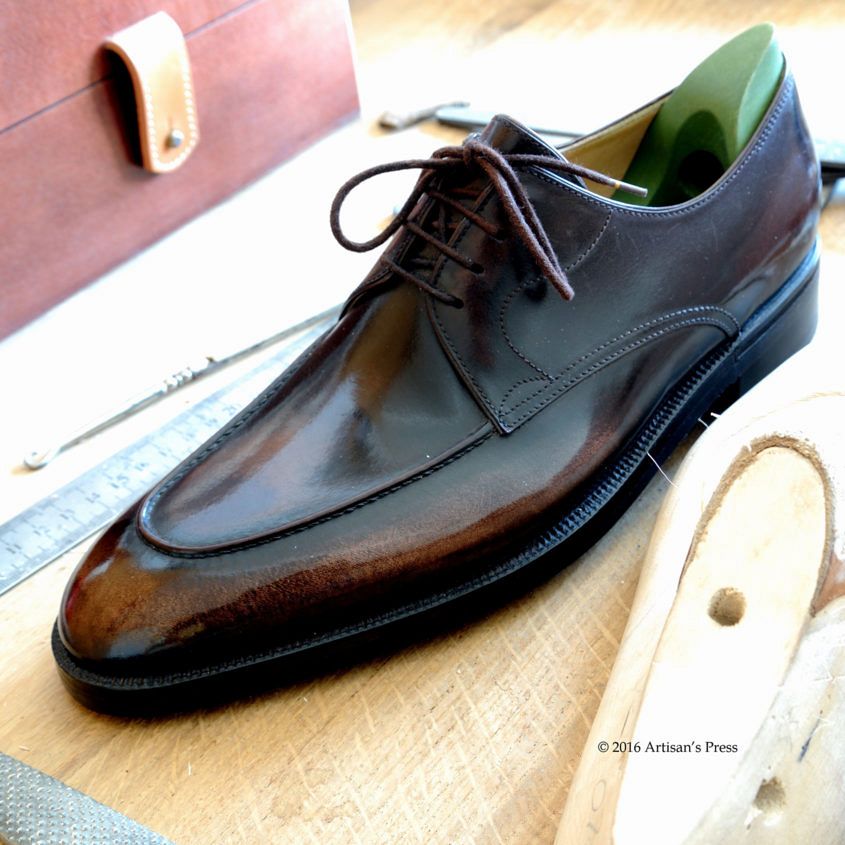 Wow, massive effort. What’s the next big project then?
Master Shoemakers has been well received. As a first attempt, I could not ask for more. However, I did learn a lot from the process and it has given me the confidence that content of this nature is in demand for the more discerning readers who seek knowledge and information on other sartorially related subjects. The next big project is Master Tailors, which will feature eight of the world’s most renowned tailors. It will be done in the same format as Master Shoemakers but with broader scope and ambition. There is also a smaller project in the works, too, and it features a unique collection of vintage bespoke shoes from England. We aim to have this book available in the third quarter of 2018 while Master Tailors is scheduled for 2019. 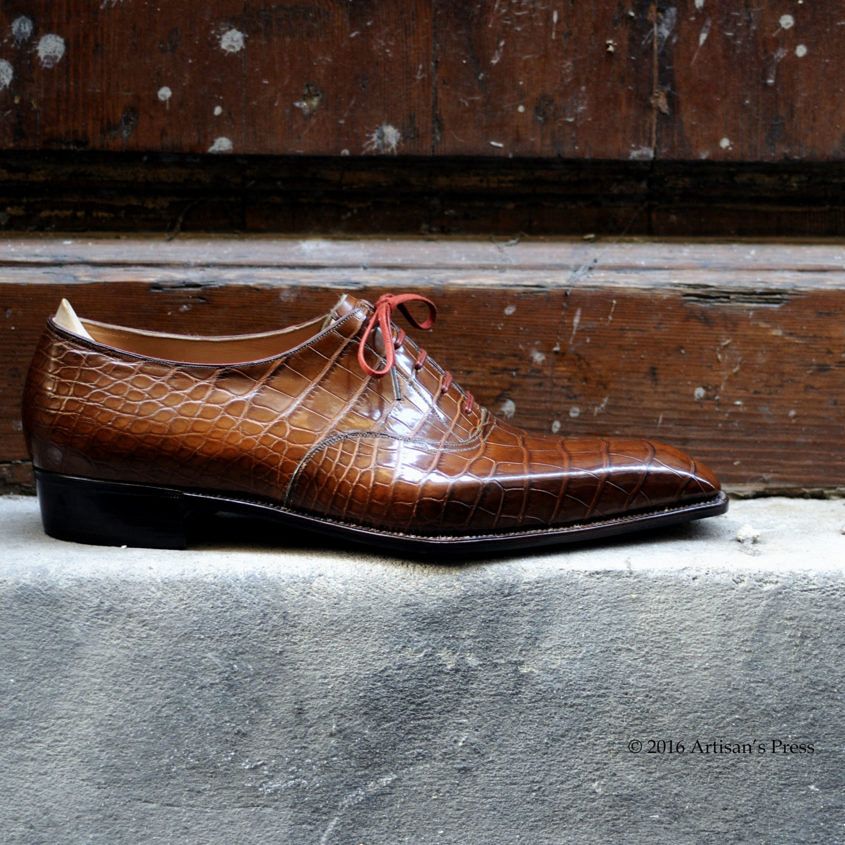 You’re legitimately one of the best-dressed men I know. In your opinion, where does a watch fit into a man’s outfit?
Thank you. Dressing is obviously personal. Given my profession, I have a fondness for suits and classic menswear. As such, let me preface my comments by saying that they relate to how I dress and don’t represent general rules or conventions.

I like to consider my dressing style as one of understated harmony. It means the entire outfit is an ensemble cast of items – jacket, trousers, shirt, tie, pocket square, shoes, watch and other accessories, each working together to project a clean, tailored look without any one individual item calling undue attention onto itself.

The role of the watch is to add a finishing touch to the overall formality of the outfit. It is the only jewellery I wear with suits. I am not fond of cufflinks since nothing disrupts a business trip more than forgetting to pack cufflinks for a French cuffed shirt. For that matter, I don’t wear French cuffed shirts either. 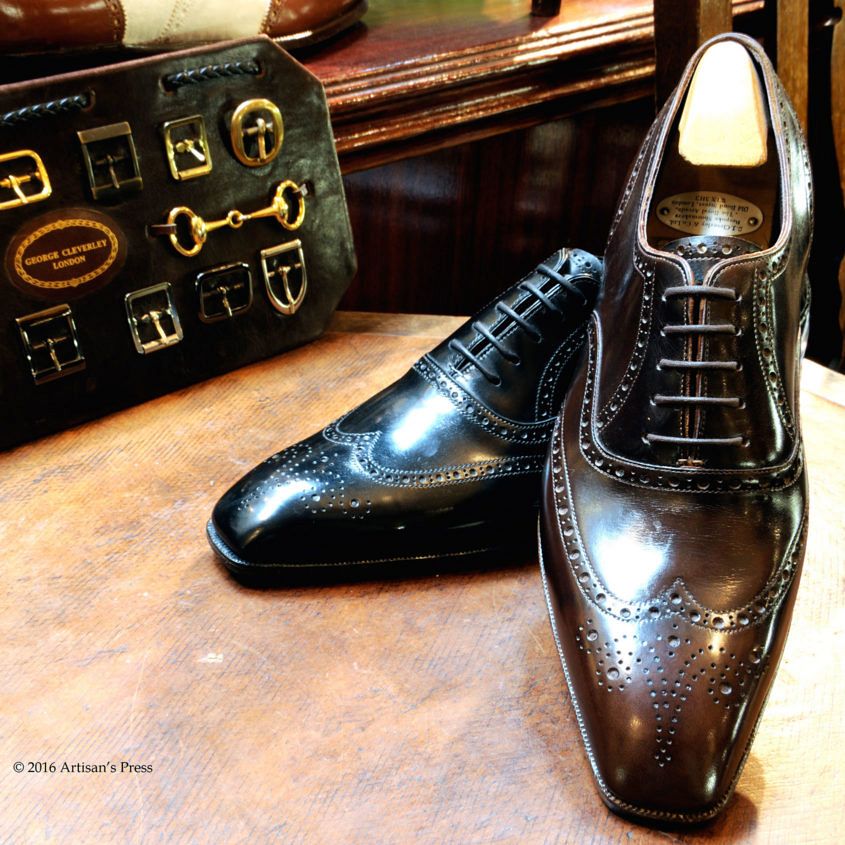 To align what watch to which outfit, I categorise the collection into three categories –  formal dress (coloured or white metal, thin with leather strap), informal (white metal, thicker than dress, with or without bracelet) and casual (big chunky sports watches). The informal category can transcend both formal and casual categories within the right context.

A formal dress watch is paired with an ensemble comprising of a dark grey or navy solid or pinstripe wool suit, a white shirt, a sombre-coloured tie and black Oxford shoes.

An informal watch is paired with a less formal outfit characterised by lighter-coloured suits or odd jackets with casual patterns like checks, trousers like chinos, worn with or without a tie, and more often than not a pair of brown shoes (Derbies or loafers). The informal watch and outfit combination is more whimsical but I still avoid wearing any watch larger than 40mm. Where possible, for my formal and informal outfits, I will match the tone of the watch strap with my shoes. I don’t wear belts with my suits as I prefer suspenders.

Finally, the largest and sportiest of watches are worn casually, with jeans and t-shirts. For casual shirts, I often revert to informal watches with a bracelet. I very seldom wear large sports watches with my suits.

Within the confines of my style, I like that the watch remains understated and hidden behind the cuff, peeking out occasionally. My profession dictates a level of discretion when building rapport with new clients. However, if I do meet someone who appreciates and shares my horological passion, then the peeking crown and partially exposed dial and bezel can act as an effective topic of common interest.