It’s the Labour Day long weekend here in Victoria, which means that while the rest of the country is experiencing their weekly dose of Mondayitis, us southerners get one more day in the sun. And, in the interest of entertaining you all, I did the right honourable thing and went out in search of what people were wearing on their left (and right) wrist. This is what I found. 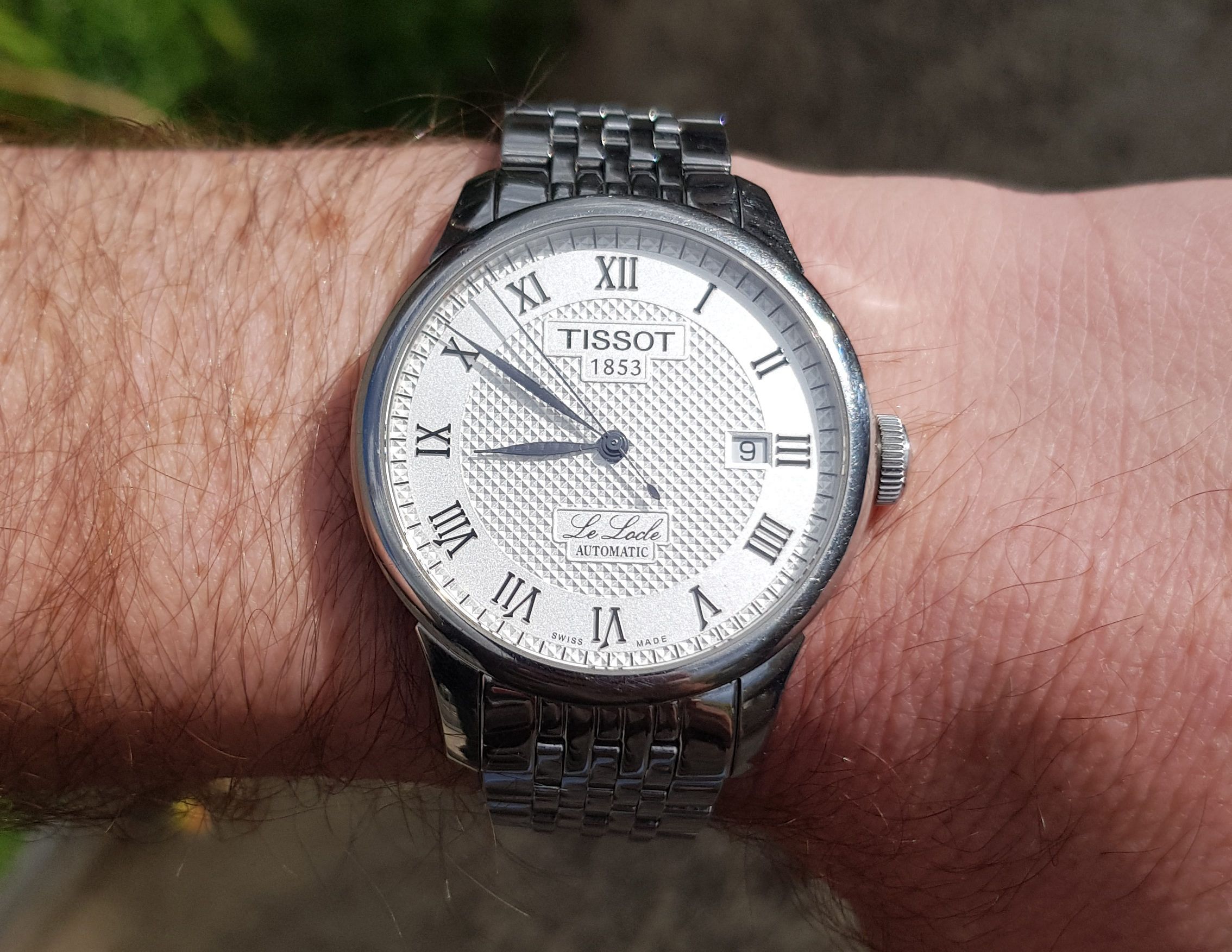 Jimmy has only recently started getting into watches, and this Tissot Le Locle Automatic was his first “nice” watch. Named after the third smallest city in Switzerland, Le Locle is the birthplace of the Swiss watchmaking industry, and the Le Locle collection of timepieces by Tissot are considered to be some of the watchmaker’s best. Jimmy remarked that he was drawn in by the watch’s gorgeous silver guilloche dial and the fact that it houses ETA’s bulletproof 2824-2 movement, which can be viewed via a unique display caseback. This is no longer Jimmy’s daily timepiece — he’s upgraded to a slick JLC Reverso. But he still busts out the Le Locle on weekends, and I’ve got to admit, in direct sunlight, the dial is pretty impressive for what was a sub-$300 purchase. 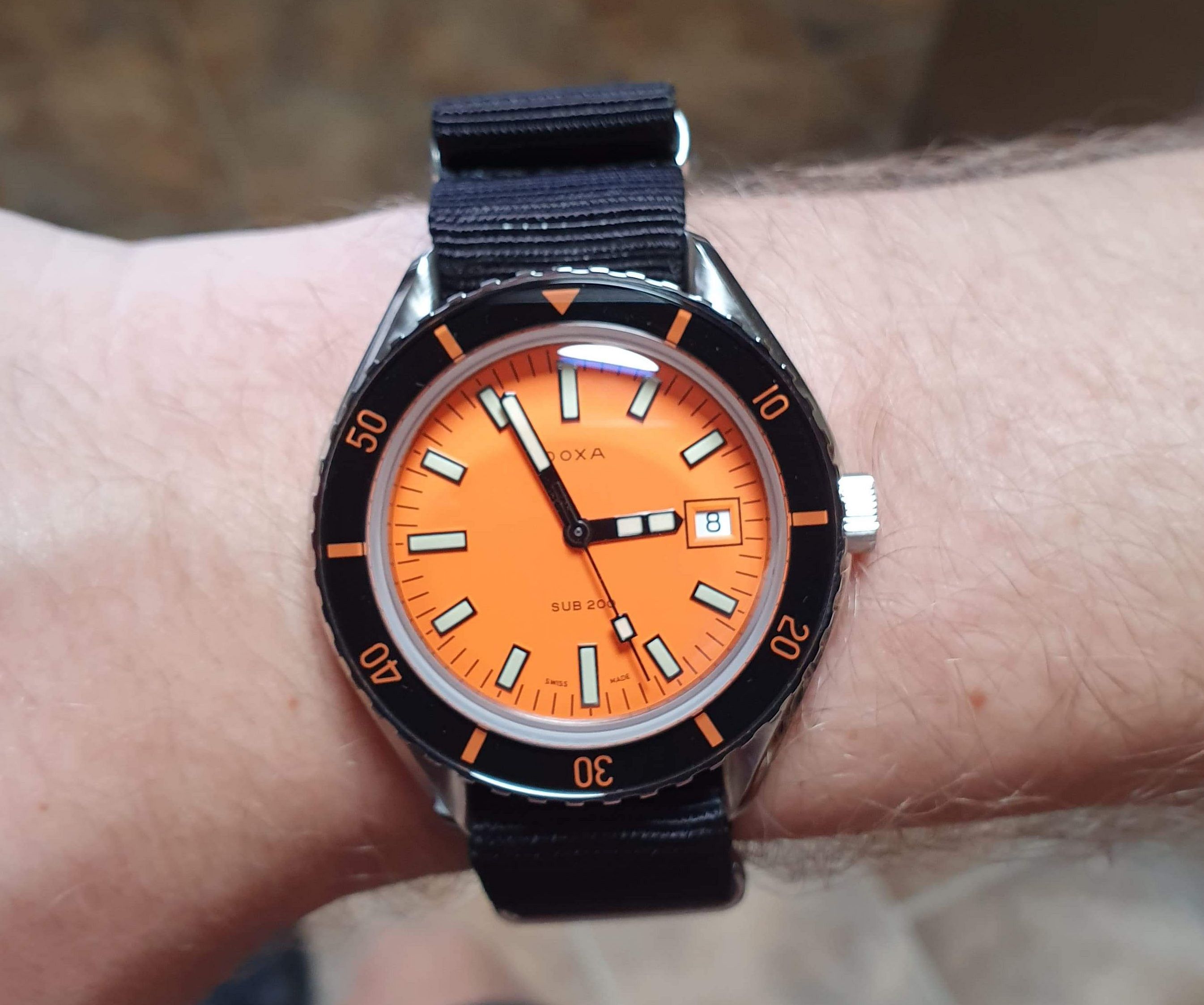 Riley has always owned timepieces that have one thing in common – they’ve got black or white dials … that’s it. So, when the itch for a new watch started, he knew that his collection was well overdue for an injection of colour. And it’s pretty safe to say that it doesn’t get much more colourful than this overtly bright orange DOXA SUB 200. Riley commented that he’s been interested in the SUB 200 ever since its unveiling at Baselworld last year, and when it was nominated for GPHG’s hotly contested “Challenge” category, he knew he needed to give the watch a closer look. After checking out the SUB 200 and its six different dial colours, Riley had narrowed it down to the yellow “Divingstar” and Orange “Professional” models, and after mulling over the two vibrant options, he went with the latter. It’s a great choice, and it certainly gives off strong weekend vibes.