When it comes to Rolex, the precious-metal-only Day-Date (aka the President) is pretty much at the top of the tree, so naturally it isn’t short of high-profile wearers. But when we spotted Victoria Beckham sporting one out-and-about in New York earlier this week, it got us thinking about how versatile this watch is. So many people have rocked it, each bringing their own style to the timepiece – from Jay Z to Jennifer Aniston and even our very own Felix Scholz. We put all the names in a hat, and selected three at random to fight it out over who wore it best.

It seems like only yesterday we were struggling to pronounce the little poppet’s surname and scratching our heads at the way his hair defied gravity. Next minute, he’s papped on holiday in nothing but a smattering of tattoos and it quickly became clear that he’s all grown up. 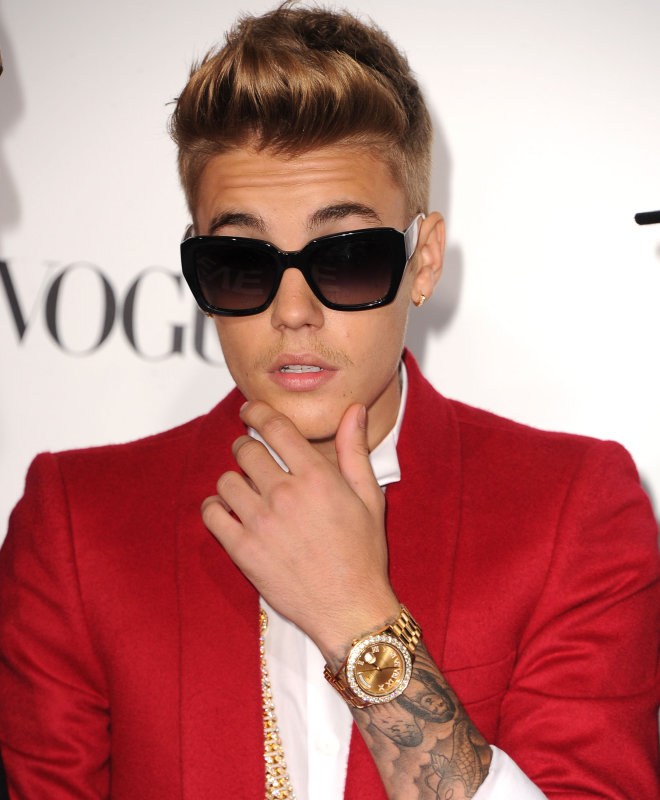 And the Rolex? …might not even be real, if the internet is to be believed. Certainly that bezel is as questionable as Bieber’s mo. We suggest he takes notes from this piece on how to buy a baller watch. Then again, he’s a bajillionaire, so surely there’s nothing stopping him from dropping some spare change on the real thing. Anyway, he might be old enough to drink and vote (and vote while drinking), but unfortunately he’s got a few years till he grows into this watch.

A strong supporter of the three-piece suit, the 34th POTUS in the history of POTUSes (POTI?) holds something of a trump card, as the only one on this list who hasn’t had to contend with the sartorial scourges of the 21st century. If Ike were around now, could he have maintained that mid-century style amid the temptations of activewear and onesies, trucker caps and hipster beards? Or would he have embraced dad jeans and Seinfeld trainers, a la President Obama? It will remain one of life’s great unanswered questions. 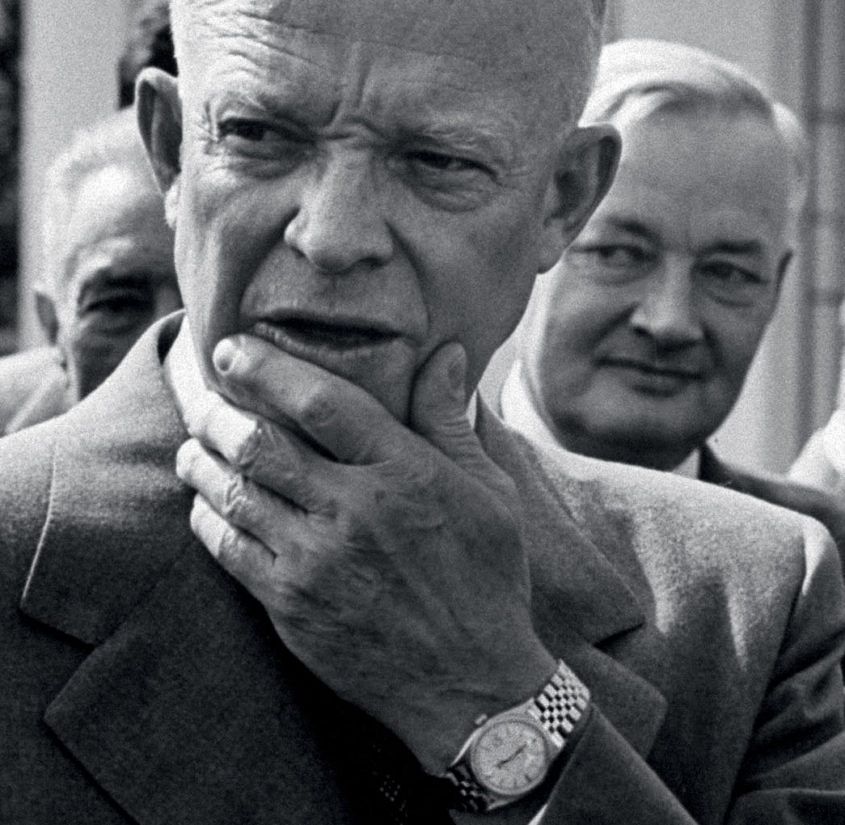 And the Rolex? Now, let’s be up front about this – Ike isn’t actually wearing a Day-Date. It’s actually a gold Datejust on a jubilee bracelet. However, Eisenhower was one of the three leaders whose choice of wristwear was instrumental in Rolex earning the ‘President’ nickname. The others were John F. Kennedy and Lyndon B. Johnson, and all three owned different versions of a gold Rolex on a jubilee bracelet – which is why we’re allowing Ike into this contest. Also because WWII.

Goodness gracious, Posh Spice, how far you’ve come. Ten years ago the mere suggestion of Ms Beckham as a style icon would have given our abdominals an excellent workout, so laughable was the concept. Yet look at her now, heading up a fashion line that’s genuinely good and nailing her own street style on a daily basis. This week’s retro-tennis-style ensemble gets an A+ from us. 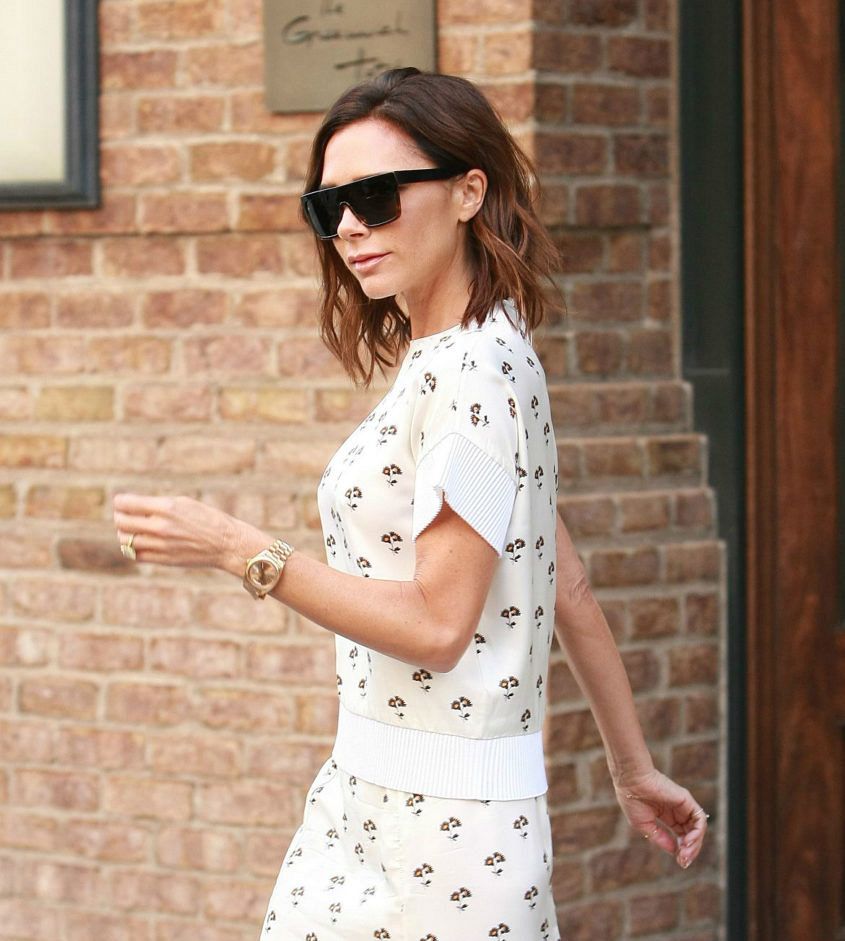 And the Rolex? It adds a masculine twist to an otherwise adorable outfit. Yes to it all.

Bieber clearly never stood a chance up against these guns, which leaves Posh and Ike head-to-head, which is a very close race to call. Still, there can only be one winner, and today our champion is… Victoria Beckham. When it comes down to it, she’s weathered far more style storms than President Eisenhower ever had to, and emerged at the top of her game when many would have been left floundering in a tangle of hair extensions and fake tan. Ms P. Spice, you take the crown. 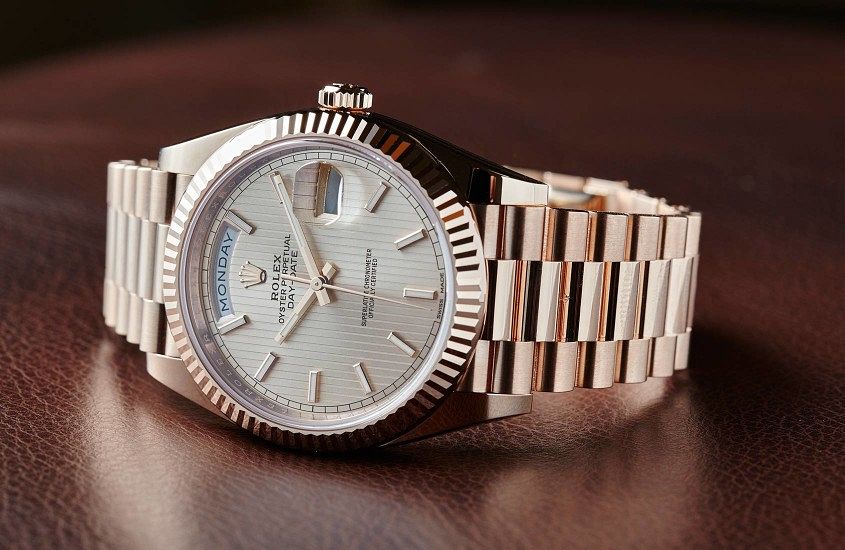 A great watch no matter how you wear it, the 2015 Day-Date 40 in Everose gold