It’s FIFA World Cup time! And with the 2018 competition well underway, it’s been easy to tell who the soccer fans are in Australia right now. We’re the bleary-eyed zombies passed out at our desks or aimlessly shuffling about the streets. The ones who have spent the last two weeks staying up way too late and starting our days way too early, trying to catch every minute of football action (ah, the joys of living on the other side of the world).

And while the world game tournament has been more than entertaining for us football fanatics – though perhaps a little disappointing if you’re a fan of the Socceroos or defending champs, Germany – it’s also proved the perfect backdrop to do some watch spotting. And with Hublot serving as the Official Timekeeper, a partnership that has seen them kit out all the referees with the brand’s own goal-detecting smart watch, we thought we’d take one eye off the games and see what other Hublots we could spot off the pitch. 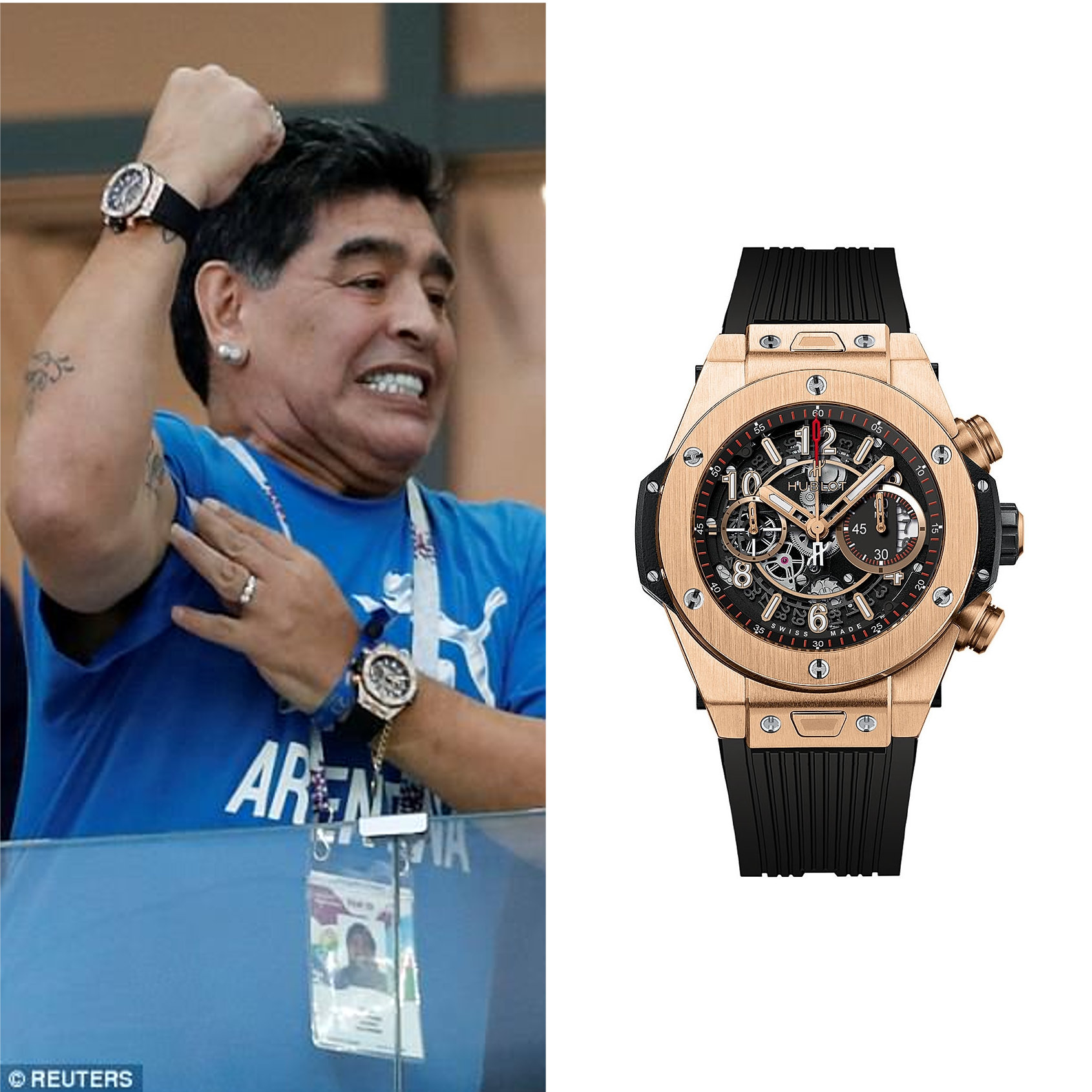 Probably the most famous hands in football history (if you don’t know what I’m talking about just google “Hand of God goal”), this one was easy spotting. And not just because the controversial Argentinian figure has a way of staying in the headlines, but because he was double-wristing two 45mm Hublot Big Bang Unicos in King Gold.

I know we’re not alone here, but we would have loved to have seen more of the master that is Timmy Cahill during gameplay for the Socceroos this campaign. However, it was a pleasure to see Hublot add him as their latest “friend of the brand” and spot him rocking a 45mm Big Bang Unico White Ceramic. 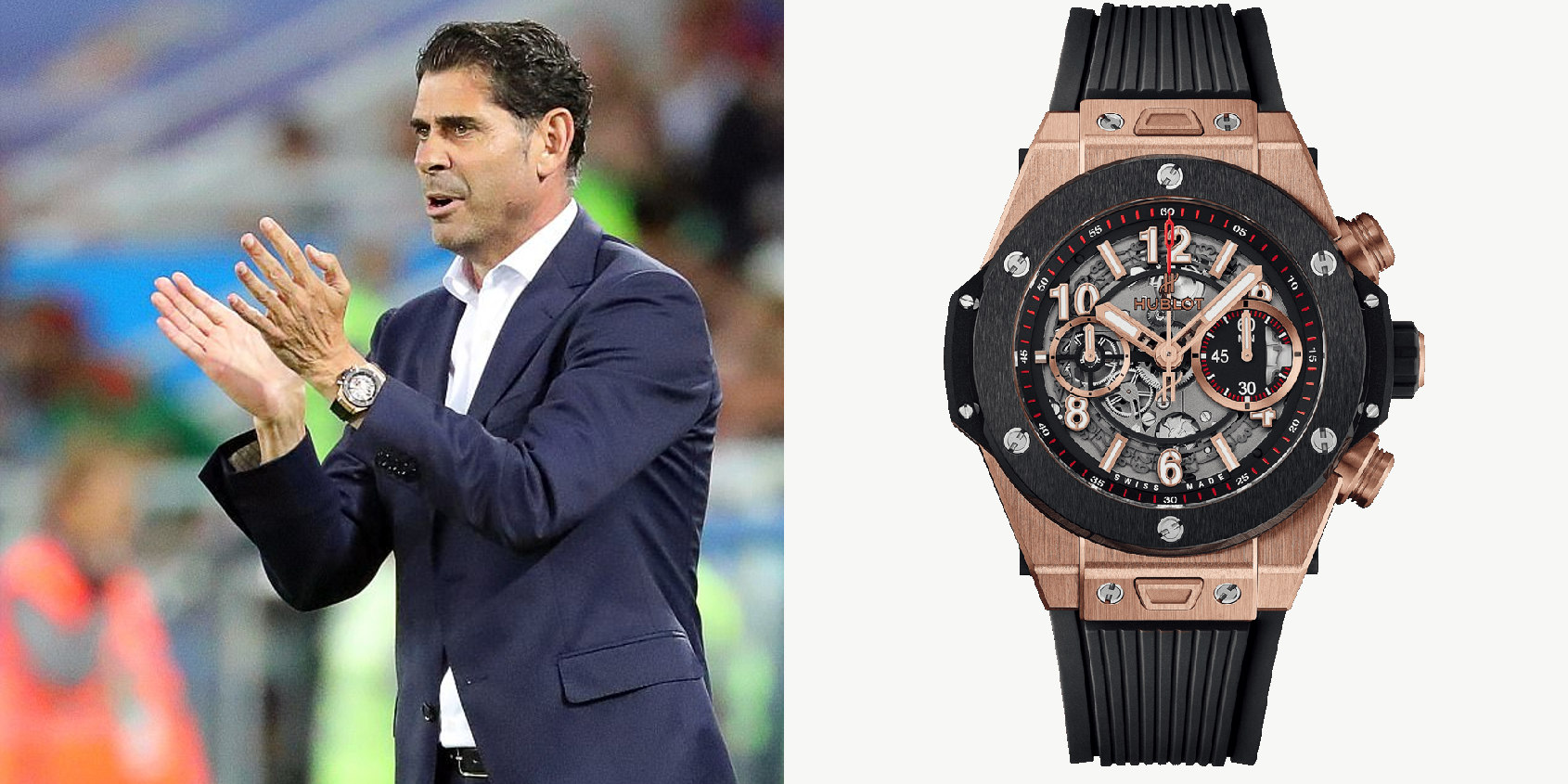 As manager of the Spanish national team, ex-Real Madrid star Fernando Hierro has helped steer Spain through to the round of 16, beating Iran, and drawing with Morocco and fellow heavyweight Portugal. All while wearing a Big Bang Unico with ceramic bezel.

If the reaction on social media is anything to go by, this is one for the ladies, the silver fox Hervé Renard. The French-born defender who now manages the Moroccan national team wearing what appears to be a Hublot Classic Fusion Aerofusion Titanium.

After what can only be described as a total annihilation, with England defeating Panama 6-1, English national team manager Gareth Southgate was seen sporting the brand-new Hublot Referee 2018 FIFA World Cup Russia. I hope he remembered to charge it after all those goals.