In the latest instalment of our glossary series (you can see all our educational style content here), we tackle one of the most overlooked (and most important) elements of a watch. The bit that attached it to your wrist – buckles and clasps in all their forms … 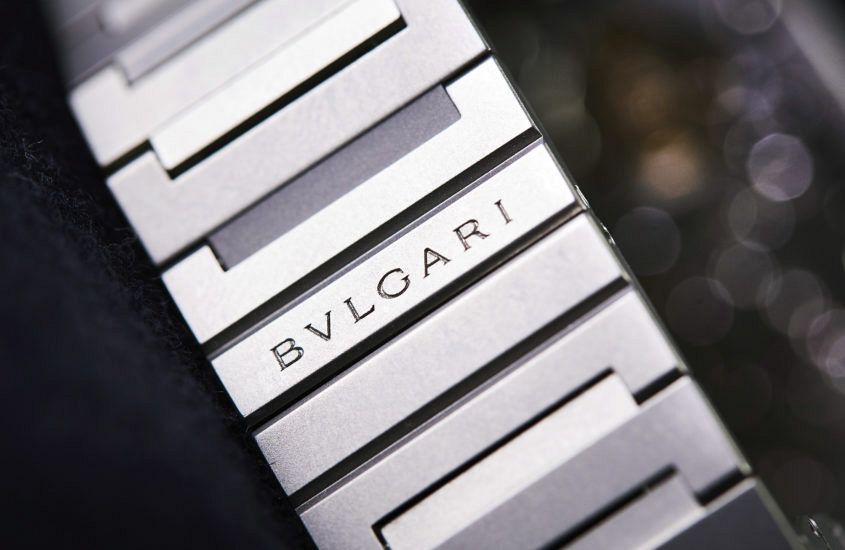 The tang buckle, also known as the pin or ardillon buckle 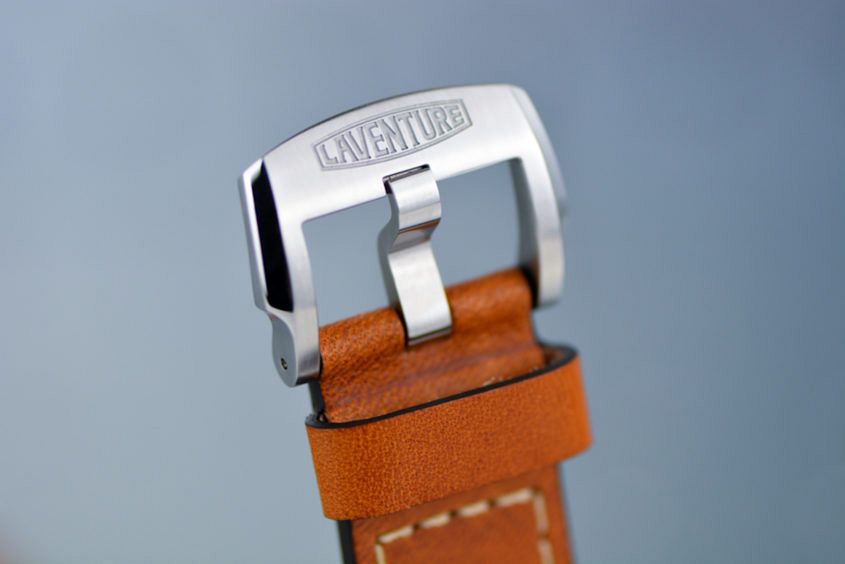 The most common type of buckle in the watch industry. The Tang/Pin/Ardillon buckle looks very much like a traditional belt buckle. The tail end of the strap is threaded through the loop of the buckle, and held in place by the pin (or tang) poking through a hole and resting in a recess in the loop. The advantage of these buckles is that they are cheap to produce. The disadvantage for the customer is the constant flexing and fastening of the strap means the strap wears out a lot faster. 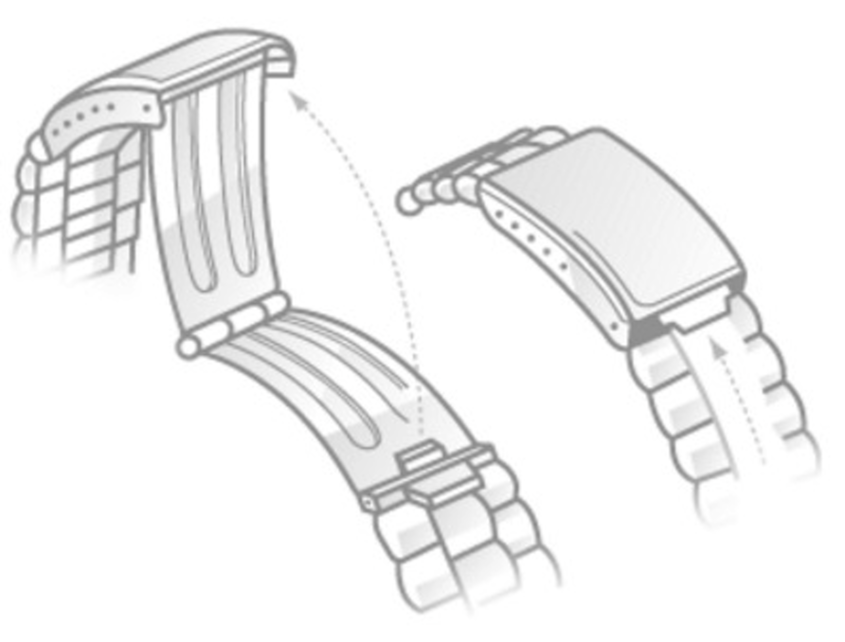 Often called a deployment clasp, the deployant was invented by Louis Cartier (the grandson of the founder) in 1910. The name comes from the French word déployant, which means to unfold, extend, or unfurl. The deployant extends the life of straps because once it is fitted to the correct length, the strap need not be fiddled around with every time the watch is put on and taken off. One advantage of a deployant clasp is that it makes the watch much harder to drop (even when unbuckled, the watch remains an unbroken loop around the wrist, so even if the watch head should slip from your hand, the watch is unlikely to leave your wrist). One drawback is that the fold-over nature of the clasp can result in a bulky presence on the underside of the wrist. Not a problem for a sports watch that one would expect to be a little thicker, but potentially a problem for a slim-line dress watch. 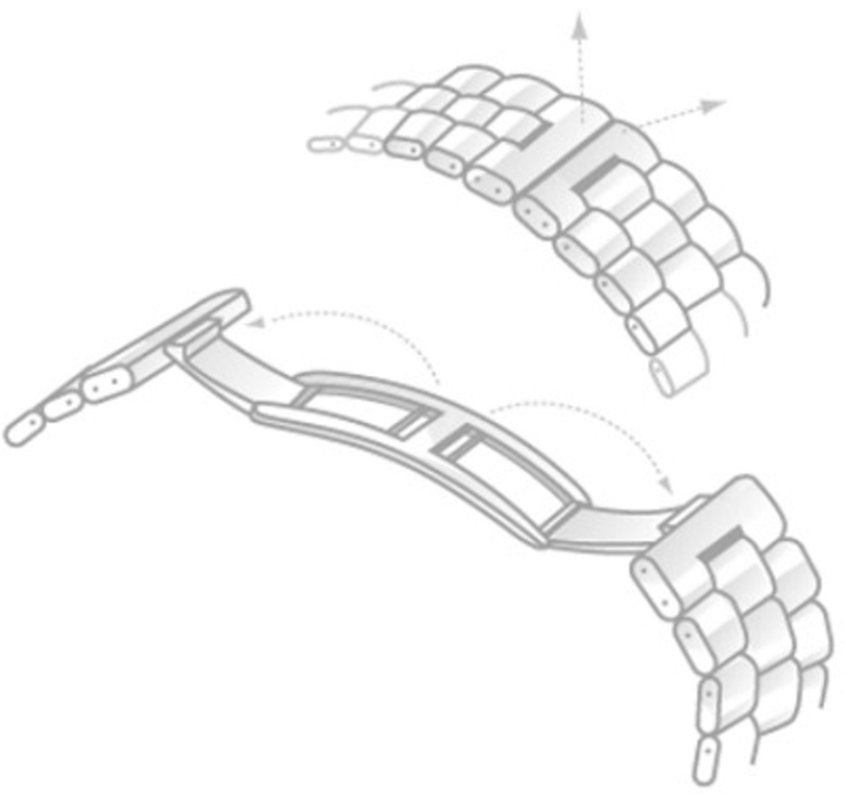 The butterfly clasp breaks apart in two directions, opening up the strap so even the widest hands on the slimmest wrists can wear their favourite watch. Butterfly clasps are most often used on integrated metal bracelets as they hide the presence of a buckle almost completely, and offer a streamlined look.

The push-button deployant or butterfly/hidden clasp 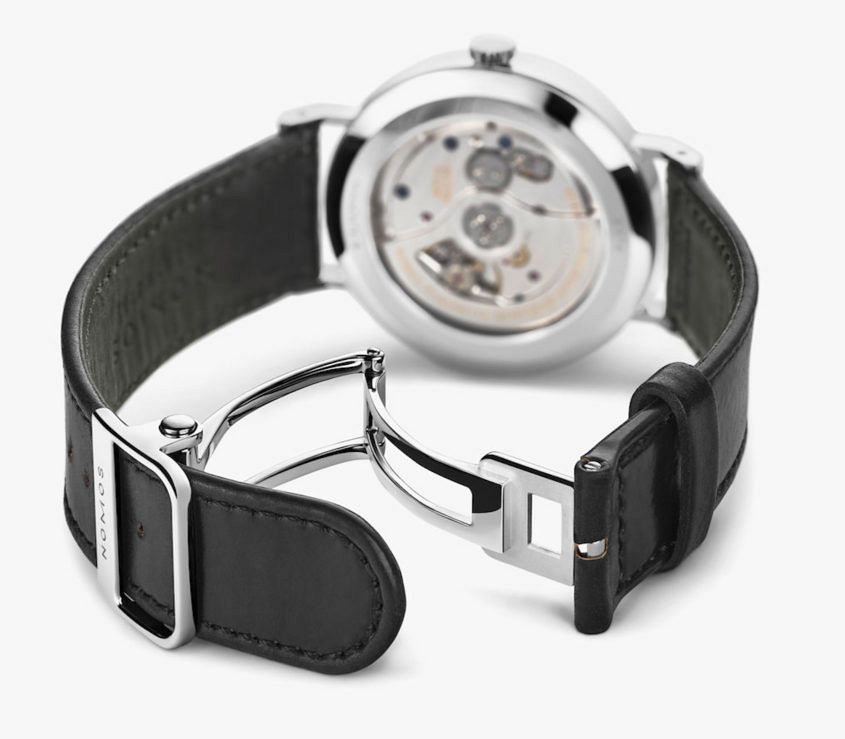 It is possible to get both deployant and butterfly/hidden clasps in a push-button variety. 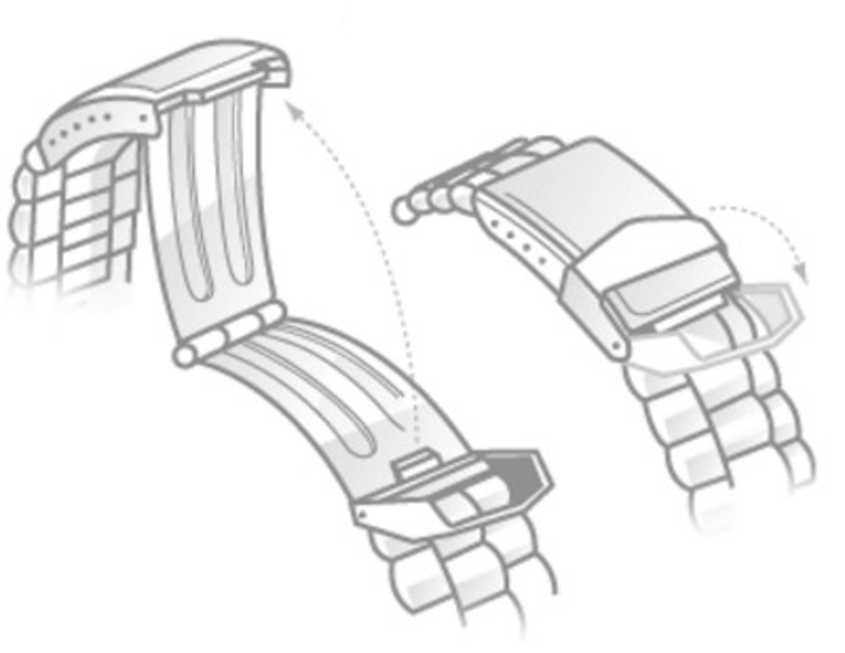 These clasps operate in much the same way as a deployant clasp, but have an extra layer of security thanks to a friction-fit fold-over catch that holds the top of the deployant in place. These clasps can even feature buttons providing a ‘triple lock’ system. As such, these clasps are often referred to as ‘safety’, and are very often seen on dive watches. 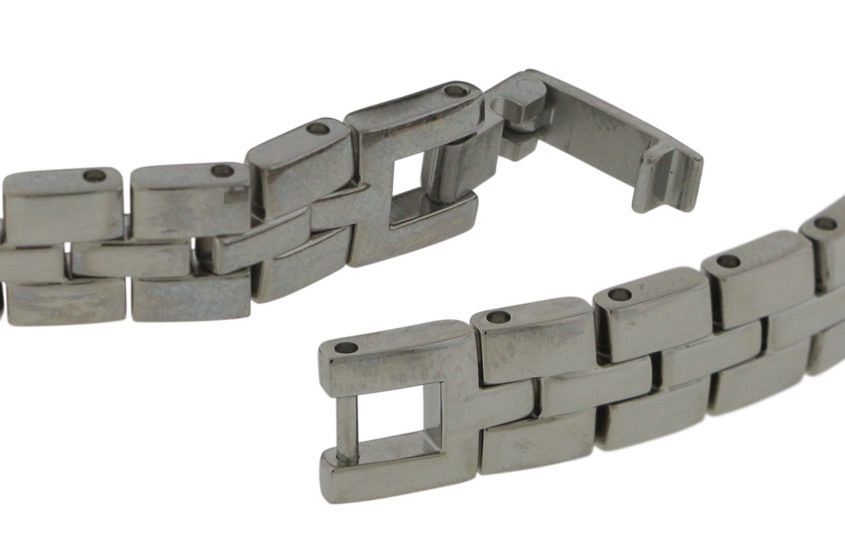 Quite an uncommon clasp style in high-end watchmaking, but worth understanding as it is prevalent in entry-level brands – especially those specialising in women’s watches. The jewellery clasp is a friction-fit snap-shut closure most common in bracelet-style watches. It is even possible to get bracelets that have several removable links in exactly the same style (effectively a multi-clasp bracelet).

As a side note, another, much less common, style of closure is the Lobster trigger fastening. This style of clasp is most often seen on a necklace, but has occasionally been used on very dainty women’s dress watches. Very old-fashioned in 2019, but will pop up on the vintage market once in a while. 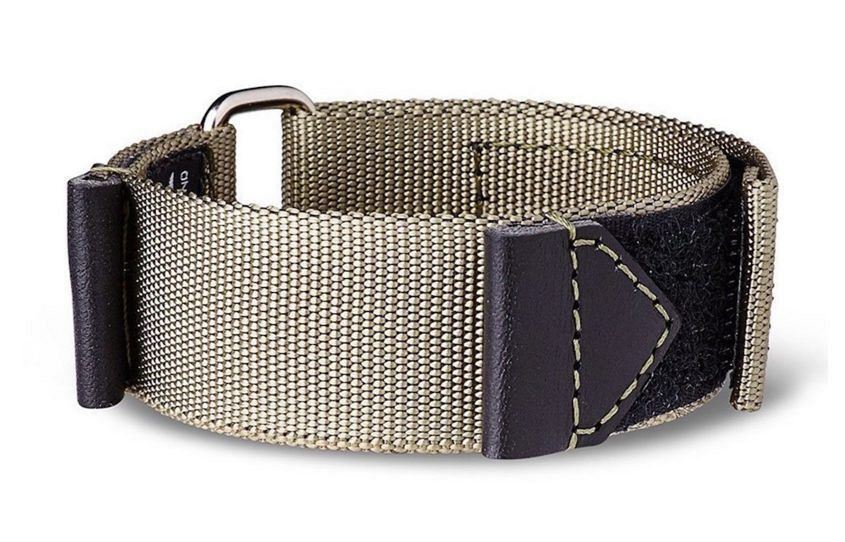 Not exactly the most luxury material, but cannot be overlooked in the realms of military and extreme utility watches. Velcro is not particularly common in the haute horlogerie sector, but several entry-level luxury brands have played around with it. Normally a velcro strap is a one-piece affair that either attaches to the lugs in the same fashion as a NATO or a ZULU strap, or, if the strap is twin-ply, can be attached via spring bars that feed through stitched loops that are part of the strap. On one end of the strap (the non-velcro end) there is normally a ‘friction belt buckle’. This is a slotted rectangular piece of metal, often stitched to the non-velcro end, with a free slot available to accept the tail end of the strap so it can be folded back on itself and closed via the velcro strip.