‘Firsts’ of any event are ingrained into our memory. Who doesn’t remember their first kiss, or the taste of a new flavour on the palate? As we age, time becomes even more fluid, seconds and minutes becoming increasingly less important compared to a lifetime of firsts and lasts, events and data. This is when we begin to feel that time truly does fly, even if our watch hands continue to tick at the same rate as ever. 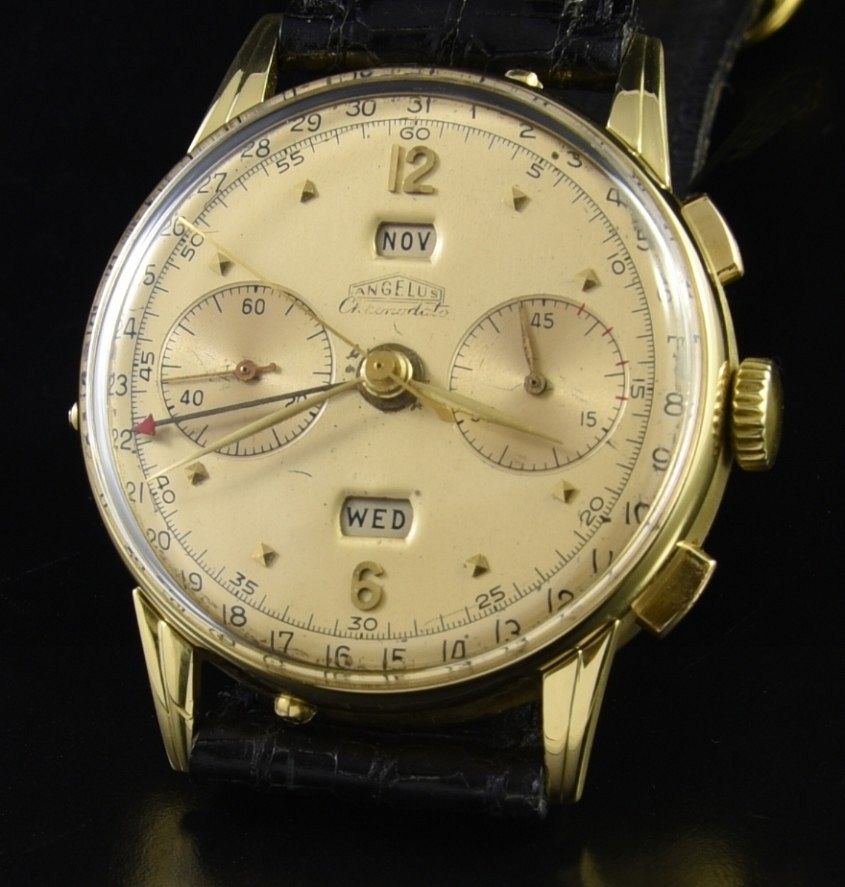 The golden Arabic numerals and pyramid shaped raised markers were thoughtfully planned. The sleek and elongated Feuille-style hands stretching across the dial are typical of the period, as are the graceful lugs with their handsome bisecting line, creating a visual flow to a watch that’s otherwise very mechanical in its looks.

When Swiss watch company Angelus introduced the first mass production chronograph with a date feature in 1942, we were suddenly able to see time pass visually, click by click, as the days melted away. Using a simple arm and a red triangular pointer indicating the relevant date from those marked around the dial, the date instantly became more apparent – days passing, and days yet to come all visible right there on the wrist. And while many watch companies have copied this genius date layout since, Angelus’ innovation is largely uncredited these days. 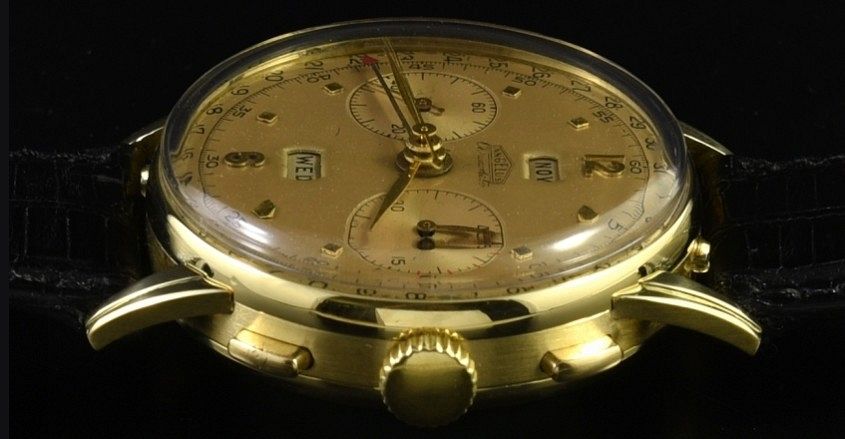 The watch, named the Chronodato, features a symmetrically balanced dial, with the month and day apertures situated north and south, and the chronograph registers at east and west. The golden Arabic numerals and pyramid shaped raised markers were thoughtfully planned. The sleek and elongated Feuille-style hands stretching across the dial are typical of the period, as are the graceful lugs with their handsome bisecting line, creating a visual flow to a watch that’s otherwise very mechanical in its looks. Square chronograph pushers of the type shown here were often found on dress watches of the early 1940s, with the round, sportier looking pusher design found on the more utilitarian chronographs. The calendar functions were adjusted via the setting buttons found on the case edges. The 18k gold case is robust for the time measuring a sprawling 38mm across, 45mm lug-to-lug and 13.5mm thick – commanding attention to the wrist. 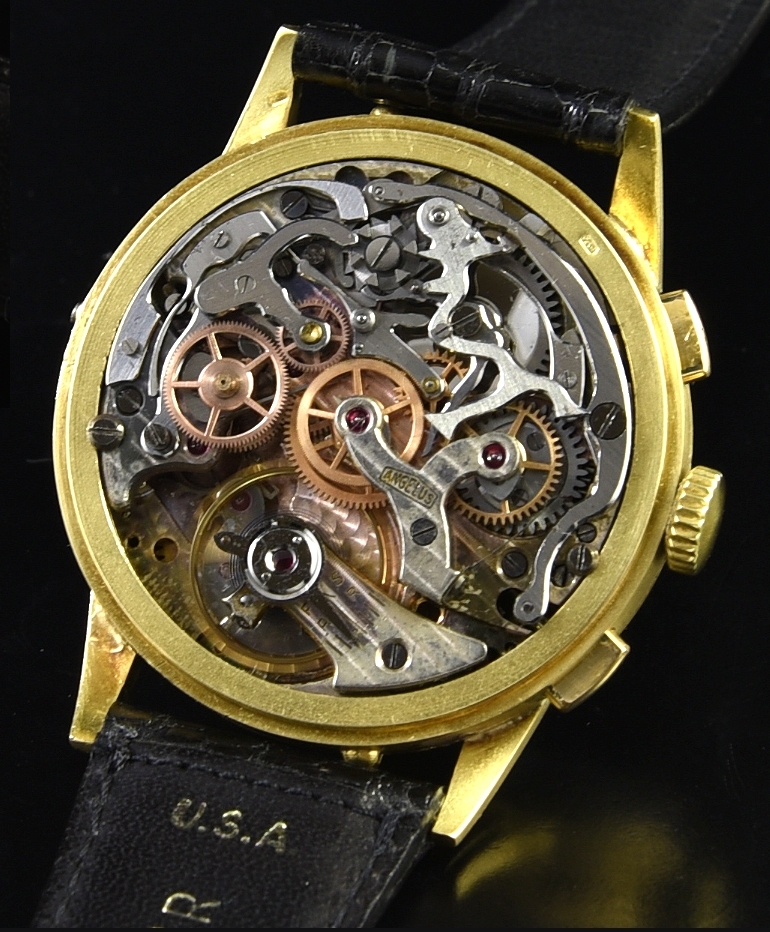 Central to this watch’s charm is the manual winding Angelus calibre 217 movement, which was manufactured in-house. Today, the cost for a brand to develop and produce its own movement becomes apparent in the final selling price of a watch – you’re looking at around $20k USD for a Jaeger-LeCoultre Master Calendar or $11K USD for a Calibre De Cartier Chronograph. It’s far more cost effective for a brand to buy generic movements and modify them to their needs, so the fact Angelus created their own mechanism is an important factor when considering the future value and collectability of this vintage timepiece. It’s truly complicated in every respect, finely finished and providing cutting edge (for its time) functionality.

A watch such as this sells for around $4000 USD, for a complete calendar and a chronograph with a solid gold case and in-house movement. Compare this to the $6300 AUD you might pay for a Baume & Mercier’s Clifton Chronograph Complete Calendar  in steel with exactly the same complications (though they add a moonphase) and the value proposition of the vintage Angelus is compelling. If you’ve been hesitant about trying out an older watch, a less well-known piece like this would make a great first step.