If you’ve been following Time+Tide closely, you’ll have noticed that Andrew has had some pretty special moments in Switzerland recently. As much as a visit to any Holy Trinity watch manufacturer is going to be a highlight, there seems to be something about the Vacheron Constantin Overseas Ultra-Thin collection which just makes his eyes glaze over in bliss. In this latest installment of Andrew’s Vacheron Constantin odyssey, he takes us through some more reasons why this trio of releases is particularly worthy of our attention.

The significance of the Vacheron Constantin Overseas Ultra-Thin models can be seen in their novel achievements, such as the first Overseas Tourbillon model to be built from solid Grade 5 titanium, and the first one to be skeletonised. It’s easy to mistake skeletonisation as a mess of components and metal spaghetti, but the way that Vacheron Constantin have opened up the layers of the movement really draws your eye in. The distinction between the parts and the vast gaps in some areas make the watch feel much deeper than its 10mm case should allow, which is helped in part by the slate-grey NAC coating that has been applied to the hand-finished surfaces. Although you may have expected more decoration from such an elaborate piece, the grey backdrop helps to distinguish the other dial details that lets you read the time easily. 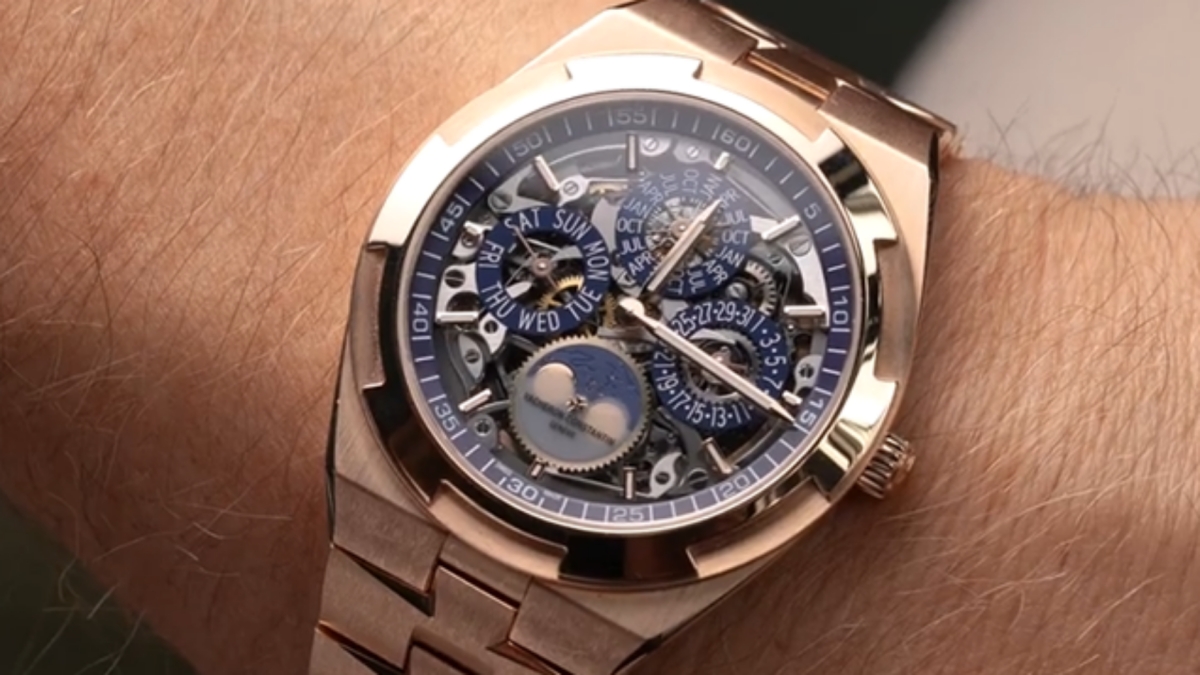 Other captivating details include the peripheral winding rotor that’s visible from the sapphire display caseback, where you can either follow it spinning around the movement like a train or peer uninterrupted into the backs of the movements. The blue rings that Vacheron Constantin use for their chapter rings and subdials are also noteworthy, as the colour gradient you get from just moving the watch around in light goes from an almost abyssal black to bright, electric blue.