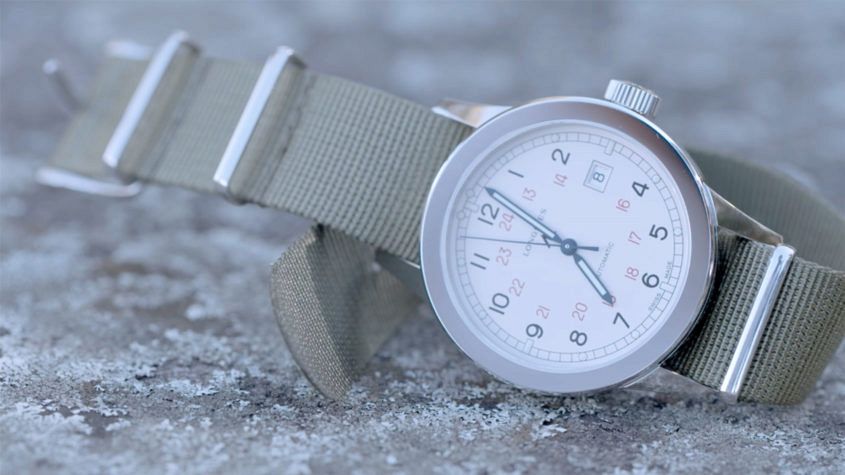 The light bulb moment was seeing Barry Conrad perform in a play called Violet set in the American south in the 1960s. He was dressed in a military uniform, and at the time I had on the Longines Heritage COSD. The watch and the actor just gravitated together. Obviously the era and the nationalities didn’t quite match up – the original COSD was intended for British paratroopers in World War Two – but there was enough synergy for an idea to take hold. Why don’t we put a COSD on his wrist for the rest of the show?

Longines Australia, a team that has been known to take some pretty exciting creative leaps of faith with us, immediately loved the idea. But we were working against some pretty tight timelines, and by the time everything was organised Violet was wrapping up its run. Undeterred, we came up with a plan B. We asked Barry to do a dramatic mash-up of our favourite ever watch-related war-stories in uniform, in Sydney, with the COSD on his wrist.

There are many incredible stories about watches and war. Barry has sprinkled inspiration from numerous real-world examples into his fictional monologue, in the spirit of fun, to demonstrate something important. Era-appropriate watches make for powerful props.

And, broadly speaking, authentic re-issues make for desirable watches in general. The dramatic piece, while intended to be consumed purely as entertainment for watch lovers, is shot superbly, bravo Pat. Look out, Malick.