Editor’s note: This video was filmed on Monday March the 21st, 2016. It starts like many other discussions we’ve had at Baselworld, with a question about the state of the market, is it in crisis? Mr Urquhart responds, “It’s not a crisis. I hate that word because you know, we’re getting three meals a day, we have a roof on our head. We are in a business where it’s so emotion driven, things can change overnight. Forget stock markets. That’s why things like what happened in Paris has an effect on our business. People get scared, they don’t leave their homes and you have this mood. Obviously we need to have a certain stability, and they’ll do it [invest in a watch] if the mood is right. The mood is very important.” It is very sad to watch this given the crisis that Belgium is enduring today. Our thoughts and prayers are with any people who are affected. “The enemy for the fanatic is pleasure, which makes it extremely important to continue to indulge in pleasure. Dance madly. That is how you get rid of terrorism.” Salman Rushdie

Despite a degree of familiarity, for we have met and spent an hour together at each of the last five Baselworld fairs, I never know quite how to address the President of Omega, Stephen Urquhart. ‘Mr Urquhart’ is too formal, because he is a warm and expansive man to deal with, always reaching out to shake hands when you walk by, or wandering over in a packed room to put his hands on your shoulders and surprise you when seated at a table. But then, ‘Stephen’ is too informal. He exudes too much authority to be plain old Steve. So, to kick off the interview, the first we have ever filmed,  I let the man decide. He does not hesitate. “Stephen,” he says. “It’s more fun that way.”

And this interview was fun. Not least because Stephen was firing on all cylinders. But also the sheer fact that there is a renewed spirit of competition between Switzerland’s top watch houses and the bonus that digital media can give an immediate, live platform for all to watch the sparring that will ensue, as well as the brand storytelling that Omega is famous for. In Part 1, we quickly recap the state of the industry, discuss the merits of the METAS certification in contrast with the redefined Rolex Superlative Chronometer certification. I also quiz Stephen on why the Globemaster is “the chosen model” to house the first Master Chronometer. In Part 2, the more personal episode, Stephen remembers the day he was offered the job of President, describes his leadership style, tells which watch he wore on his wedding day,  and admits that the Co-Axial movement was introduced in the wrong model. 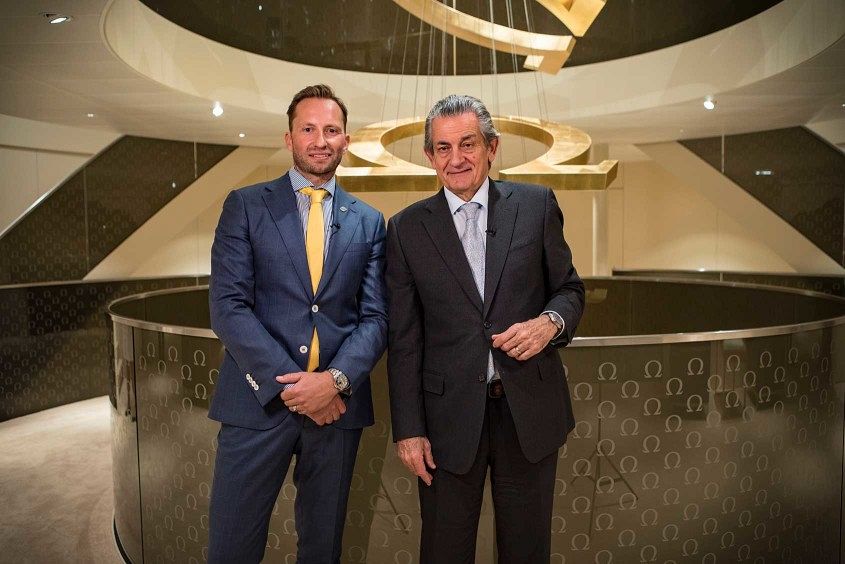 What is this Baselworld we speak of so often? Baselworld is the world’s biggest watch fair, held annually in Basel, Switzerland. We went, we saw, we made a video. It explains everything (headphones recommended, it’s loud).