It’s been a big year for the TAG Heuer Monaco as it celebrated 50 years of production from when it was first released in 1969. The brand has released a number of limited editions this year in celebration; however, they arguably saved the most important release till last with the new TAG Heuer Monaco Heuer 02. The reason it is so significant lies beneath the dial, with the newly added Caliber 02 offering the first ever Monaco with an in-house movement.

The TAG Heuer Monaco Heuer 02 uses the same case dimensions as other references from the Monaco family at 39mm, but includes a number of details that make it a genuinely good-looking watch. The sunray brushed dial is a rich royal blue that contrasts well with the crisp white sub-dials, and the sapphire crystal, which covers the dial, sits prominently on the case and is ever so slightly curved across a lateral axis. 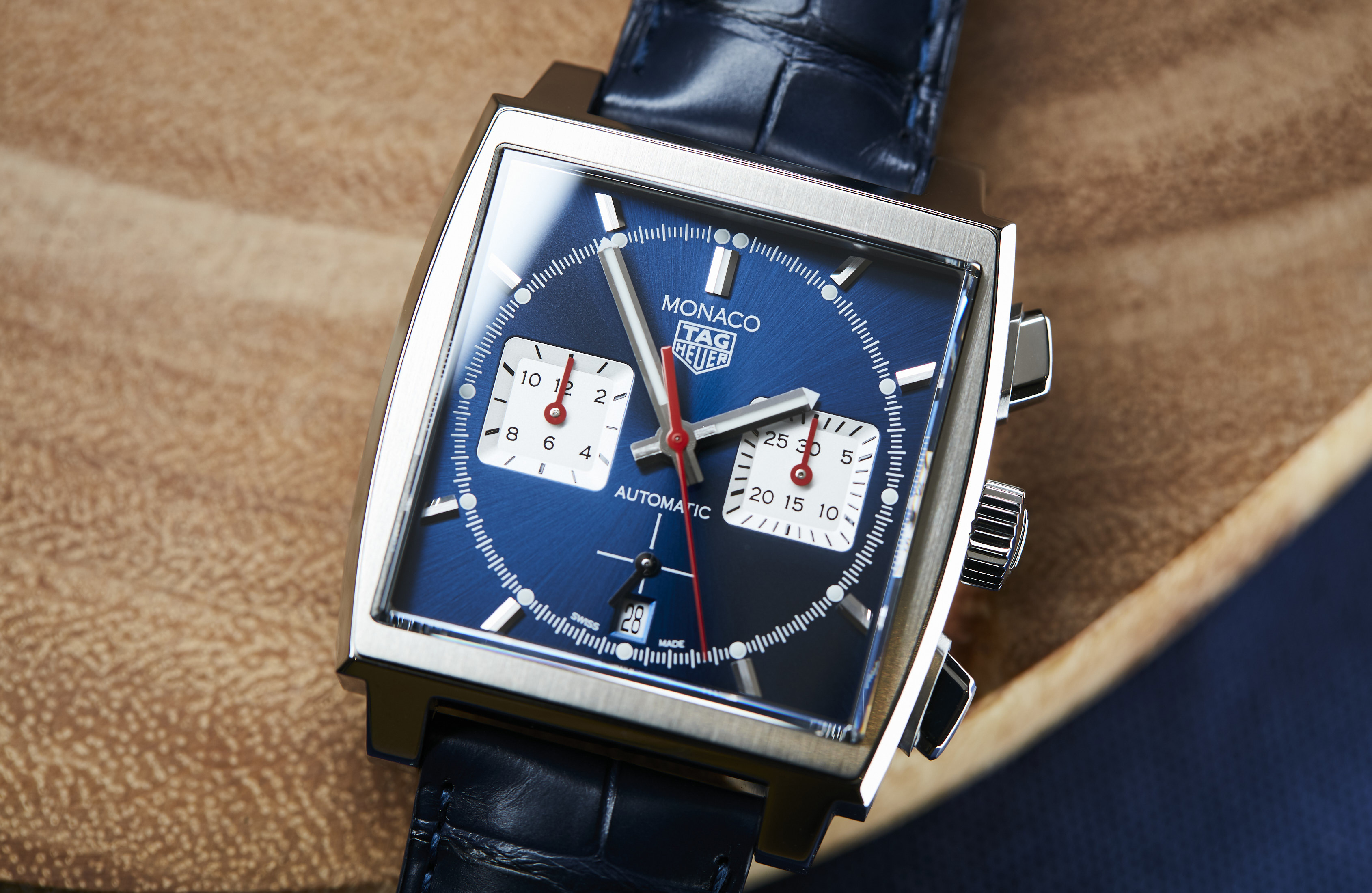 The new TAG Heuer Monaco Heuer 02 is not limited in production numbers, and is currently available in boutiques.