On Monday we told you about a Rolex ‘Paul Newman’ Daytona that was being auctioned by Sotheby’s Australia the following night. Well, on Wednesday we discovered that the watch hammered in at $219,600 (including buyer’s premium), making it the most expensive wristwatch ever auctioned in Australia. 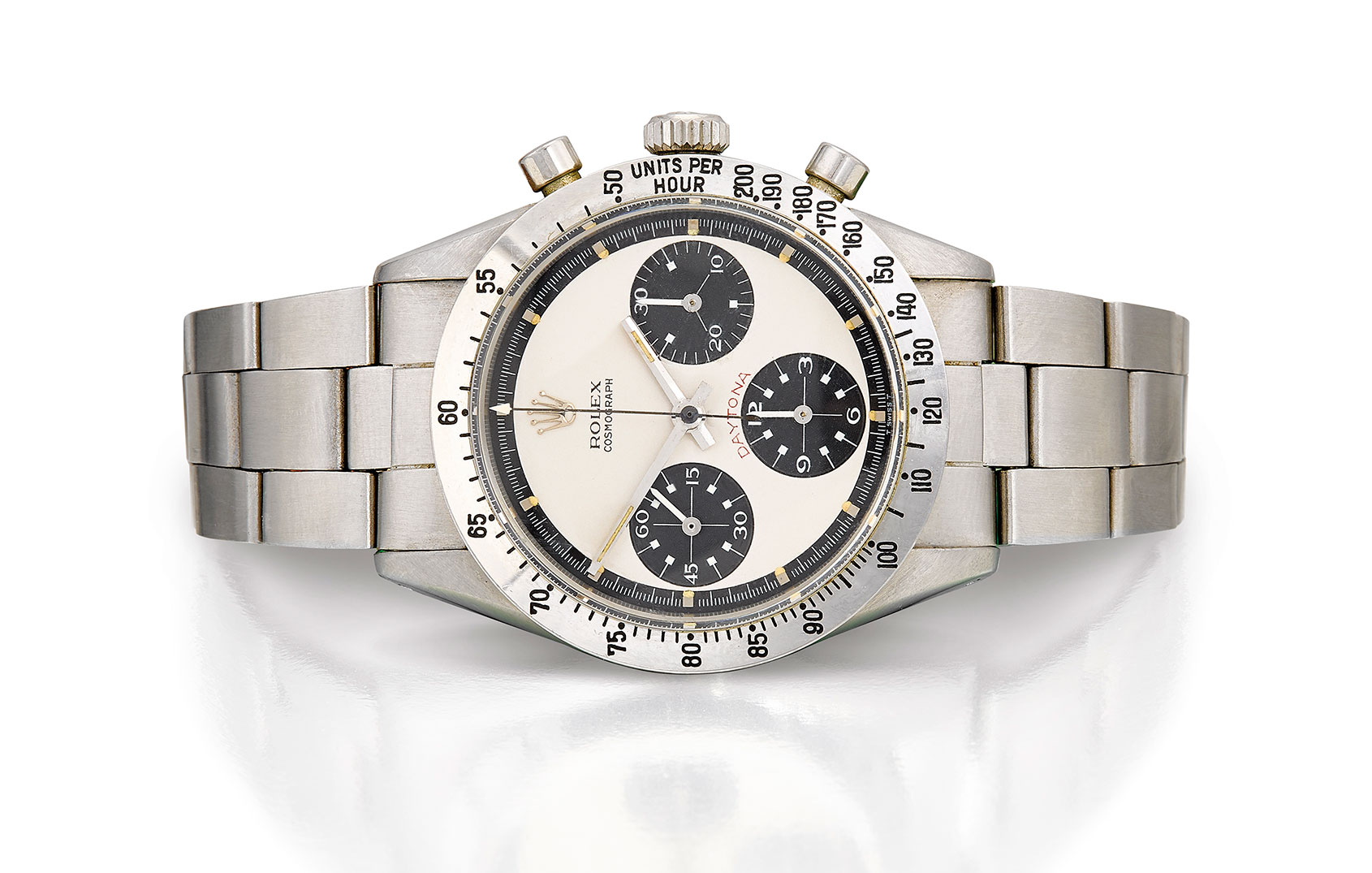 To find out more about what went down in Sydney on Tuesday – and what this means for the Australian vintage watch scene – I spoke to Hamish Sharma, Head of Jewels at Sotheby’s Australia, who was still recovering from such an exceptional result (the Important Jewels auction realised just over $1.8m, with 78.4 per cent sold by value).

T+T: Congratulations on such a strong result. What was it like on the night?
HS: Well, we really need to start before the night. The Rolex had a phenomenal amount of interest prior to the auction. A lot of people came to view it, and there was strong international interest. A lot of people just wanted to see the watch, collectors that already owned vintage Rolex, and wanted the opportunity to see the Paul Newman up close.

When it came to the actual auction people weren’t mucking around, there was strong and serious interest. There were two Sydney locals in the room, the rest on the phones. In the end it came down to to international bidders, one from Europe and one from the States.

What made this watch so special?
Well, aside from the fact that Paul Newmans are hugely popular, this example was fresh to market, and had been in the same family since it was purchased, and it came with all the paperwork. Given the provenance and condition people were happy to bid with confidence.

What does this result says about the Australian market for vintage watches?
That we’re on par! We’re getting strong results compared to the Geneva and London auctions, and considering our smaller population we’re well represented. There are big collectors with deep pockets in Australia.

Have you seen an increased interest in vintage watches?
Certainly! There’s a huge resurgence in interest in vintage watches, driven by a younger, millennial demographic. At different times in history, different objects resonate, and watches are one of those things. It’s more than a trend, it’s an acknowledgement of workmanship and a recognition or reaction to a world that is heavily digitised.

Are you seeing more young people in auction rooms?
They’re very strongly represented, they know their stuff and they’re aspiring to get better watches.

Do you think part of this interest is because we’ve all given up on buying houses?
Well, look at the Daytona, what were these selling for 20-30 years ago? $10k? 20k? And look at them now. Do you get that sort of a return on a house? But seriously, I always advise people to see a proper financial adviser.

And why are people selling at auction?
Well, if you’ve got anything special, how else are you really going to find out what it’s worth. You’ve got to have the breadth and depth of possible buyers – it’s hard to beat the fine auction houses for that. And in Australia, when it comes to art, jewels and watches – we’re the best.

Do you think we’ll ever see stand-alone watch auctions in Australia?
That’s the dream. I’d love to be in a position to auction off an entire, mature collection. I can’t do it with just 10 watches, but I can see it happening in the future. Based on our performance I’m confident we’d get a top result.