Ladies and gentlemen, we’ve begun our descent. Now that we’ve completed our overview of the Top Gun, Spitfire and Classic collections we’d ask you to stow your tray tables and please pay attention to the final instalment in our series – the IWC Pilot’s St Exupéry collection.

Now, IWC’s St Exupéry watches are named for the famed author of Le Petit Prince, who was also, it turns out, a pioneering aviator, and he was lost during a reconnaissance flight over the Mediterranean in 1944. IWC’s watches honouring the man and his works take two main forms — the Le Petit Prince and the Antoine de Saint-Exupéry. Andrew looks at one of each. 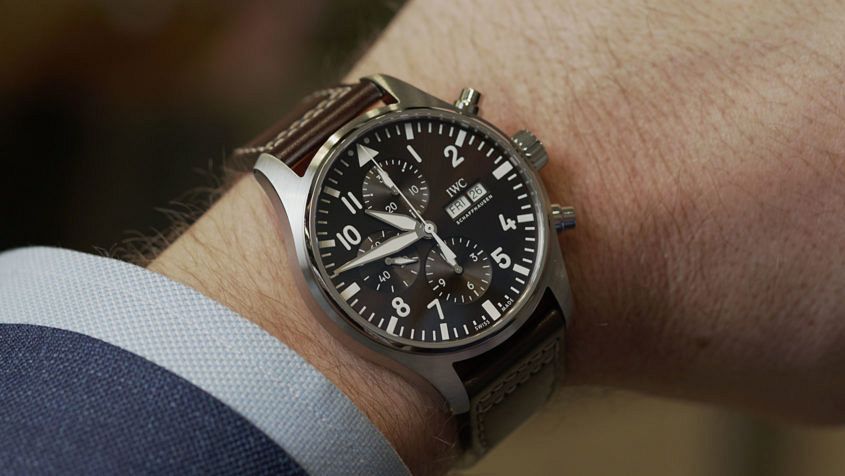 The classic chronograph takes a decadent twist thanks to the glossy brown dial that’s a hallmark of the Antoine de Saint-Exupéry line. Rich, warm and irresistible. 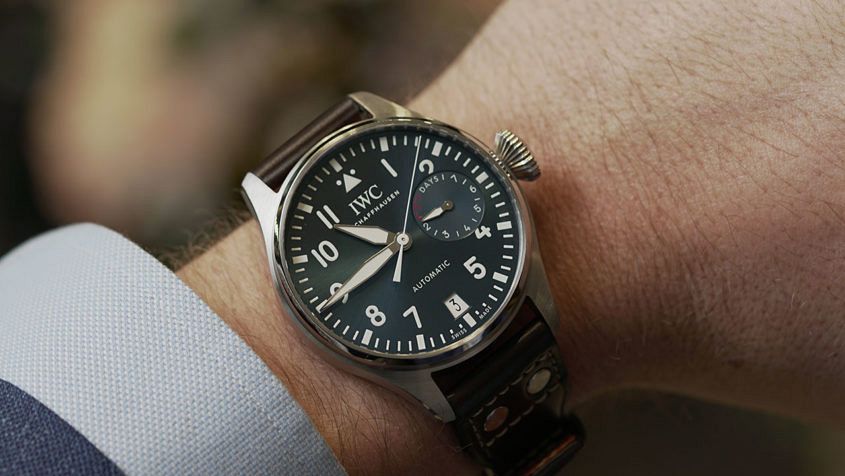 IWC’s big boy gets a blue facelift with a beautiful blue starburst treatment, which elevates the utilitarian dial design into far dressier territory.

Made in partnership with IWC. However, the opinions expressed in this article are our own in accordance with our Editorial Policy.