Having a relationship with brands and authorised dealers is something any watch collector strives for. If you’re thinking that a quick re-read of How to Make Friends and Influence People will help you with this, we have bad news. This connection is typically developed through purchase history rather than charm, genuine dialogue and friendship.

Being a celebrity, superstar, and worldwide icon, however, can really open up doors and create hitherto unheard-of possibilities. Whether it’s a bespoke Patek Philippe, the latest high complication piece from Audemars Piguet, or otherwise unseen Rolex models (for example, the 2020 Collection), Mr John C. Mayer is able to find a a way. In fairness, the man and musician is a true watch enthusiast – so I won’t hold his access against him. If I were in his shoes, I would want to do the same thing. But on Instagram earlier today, John posted his latest acquisition and once again sparked envy: a Tudor Black Bay 41mm with an Undefeated Inc logo on the dial. 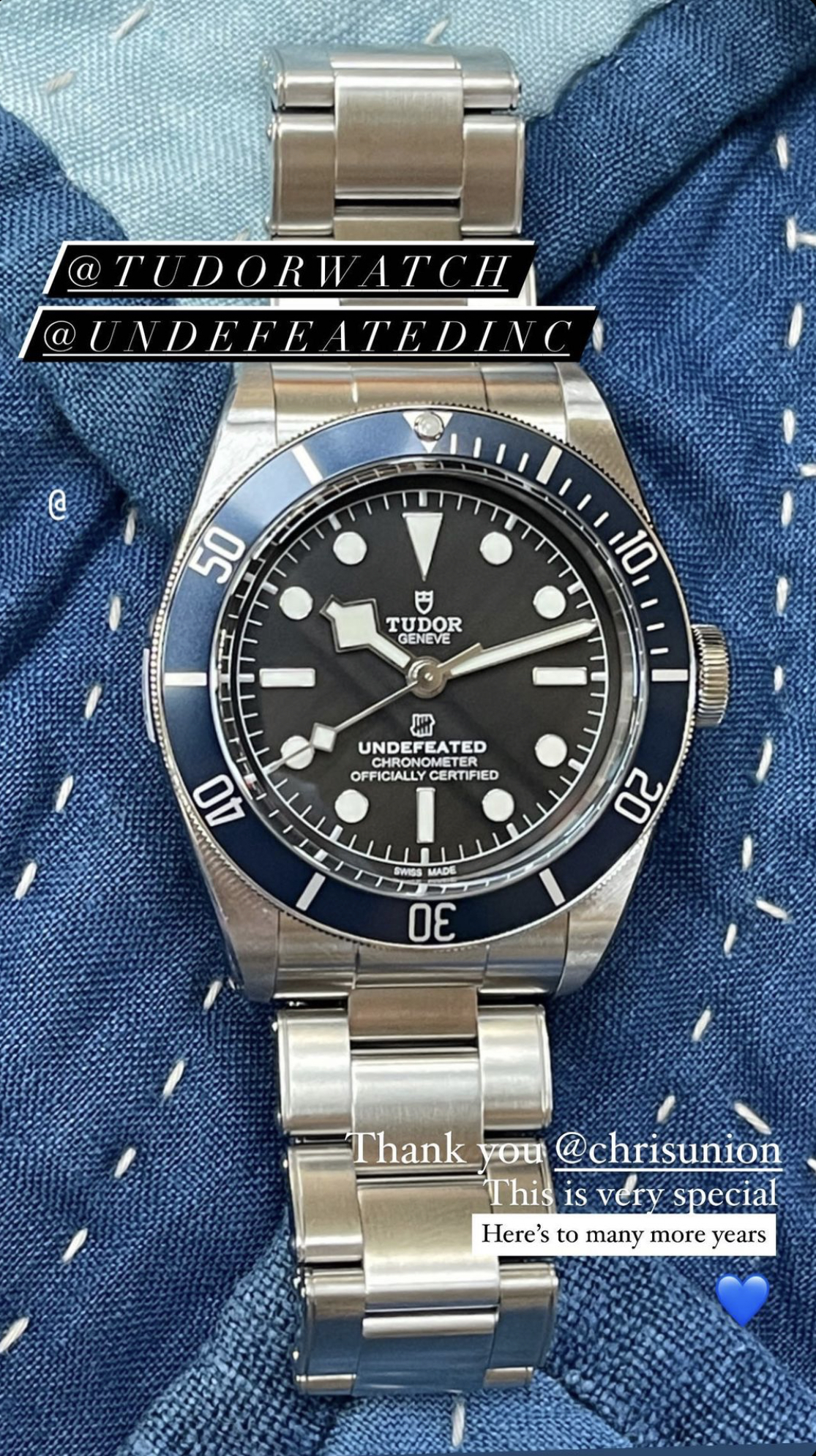 According to Mayer’s story post, “I’ve been a friend and fan of @undefeatedinc and @unionlosangeles for many years and @chrisunion and his creative team have always been creative, inspiring, and kind.” He clearly has a genuine affection for the premium sneaker boutique based in Los Angeles – known for its frequent collaborations with brands such as A Bathing Ape, Champion, Neighborhood, wtaps, Adidas, Asics, Converse, Nike, and Vans. All of the aforementioned brands are well known for their sneakers and streetwear, but Undefeated took things in a new and unique direction to give an incredibly rare gift to store supporter and client John Mayer. 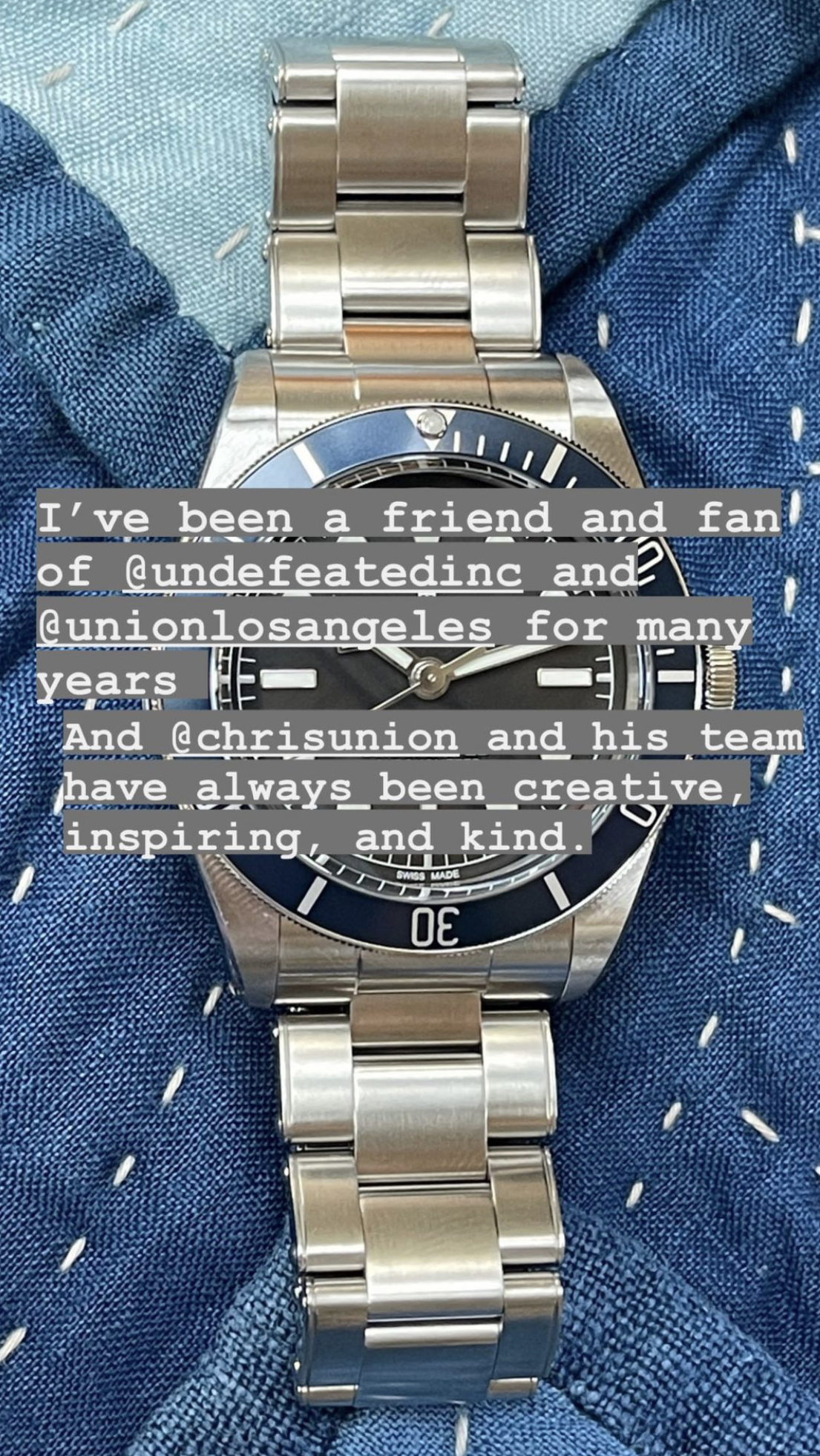 Tudor is not typically associated with co-branded watches or customisation, but this week we have seen three such creations from the brand. The first two are limited edition watches for Air France, a co-branded duo of Black Bay Fifty-Eight Navy Blue and Black Bay GMT Watches. 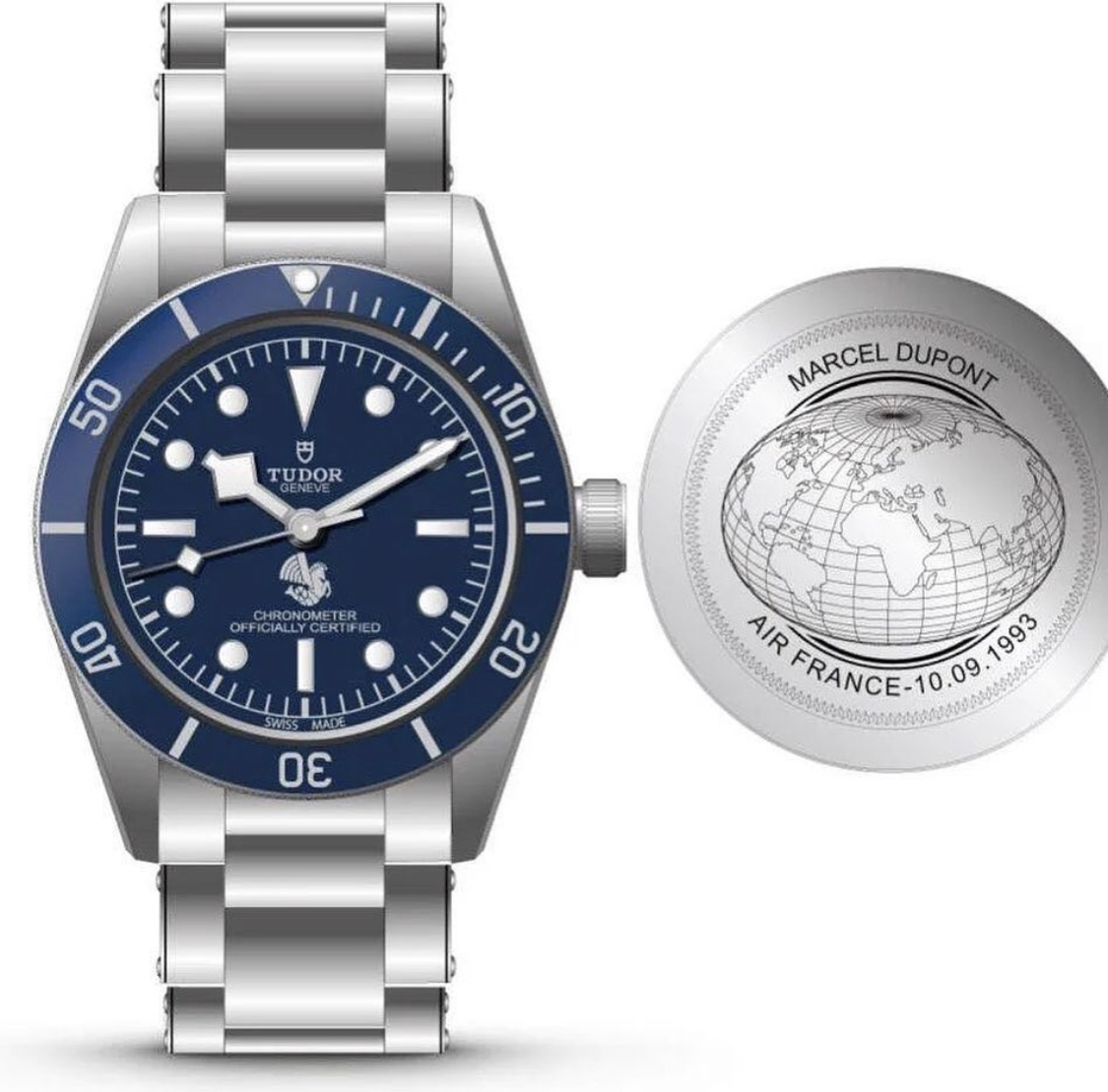 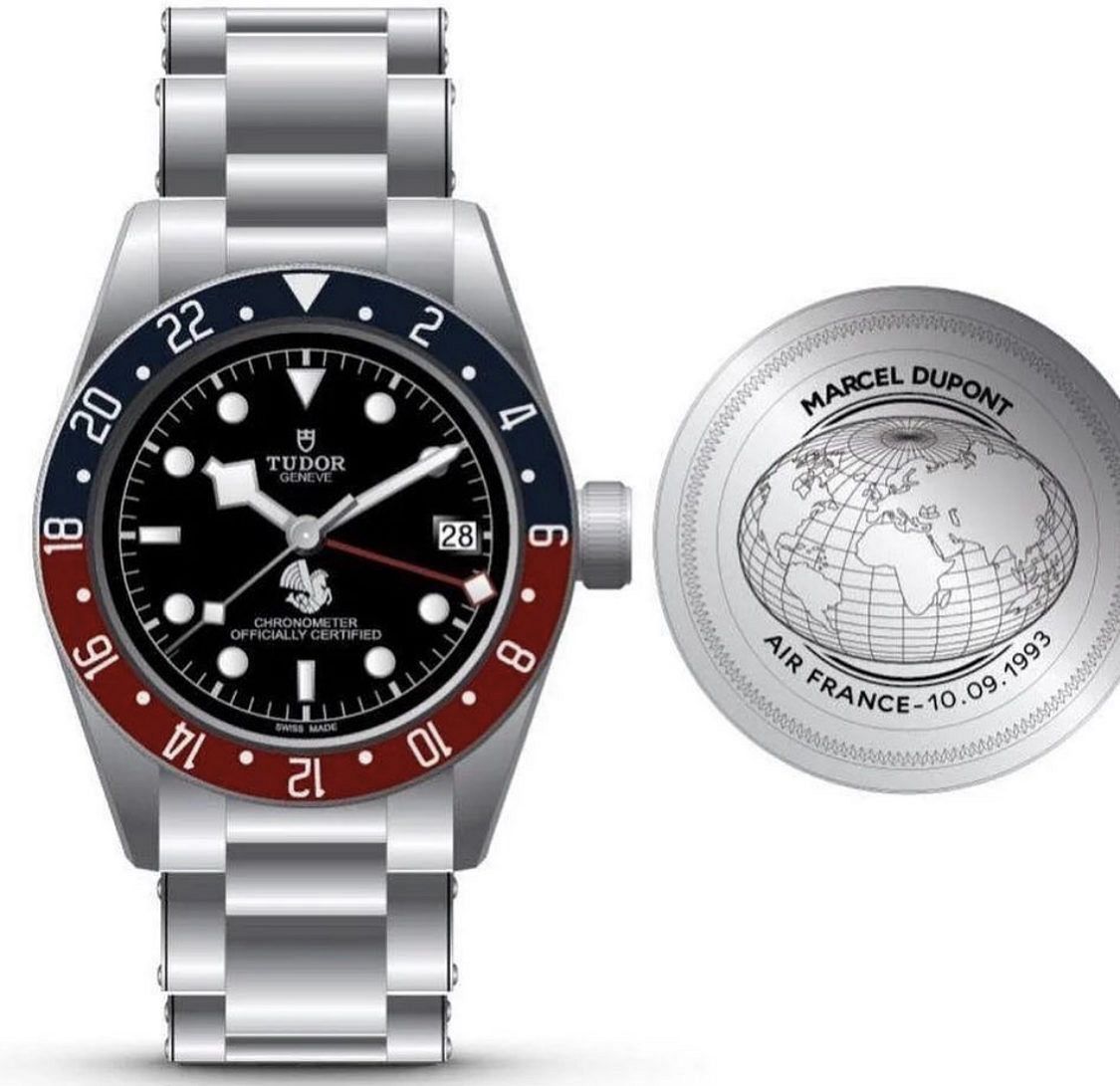 But hours ago John Mayer shared what would be the third co-branded Tudor Black Bay of the week – his Undefeated Tudor Black Bay 41 with a blue bezel and black dial: 41mm and 15mm thick, it is the chunkiest of the Black Bay divers. But considering he has been spotted wearing an equally sized Black Bay GMT, the larger proportions of the original Black Bay will definitely fit his wrist. It is, of course, all the more special as the watch was gifted by a man he considers a true friend, and co-branded with a boutique name he is a fan and supporter of. 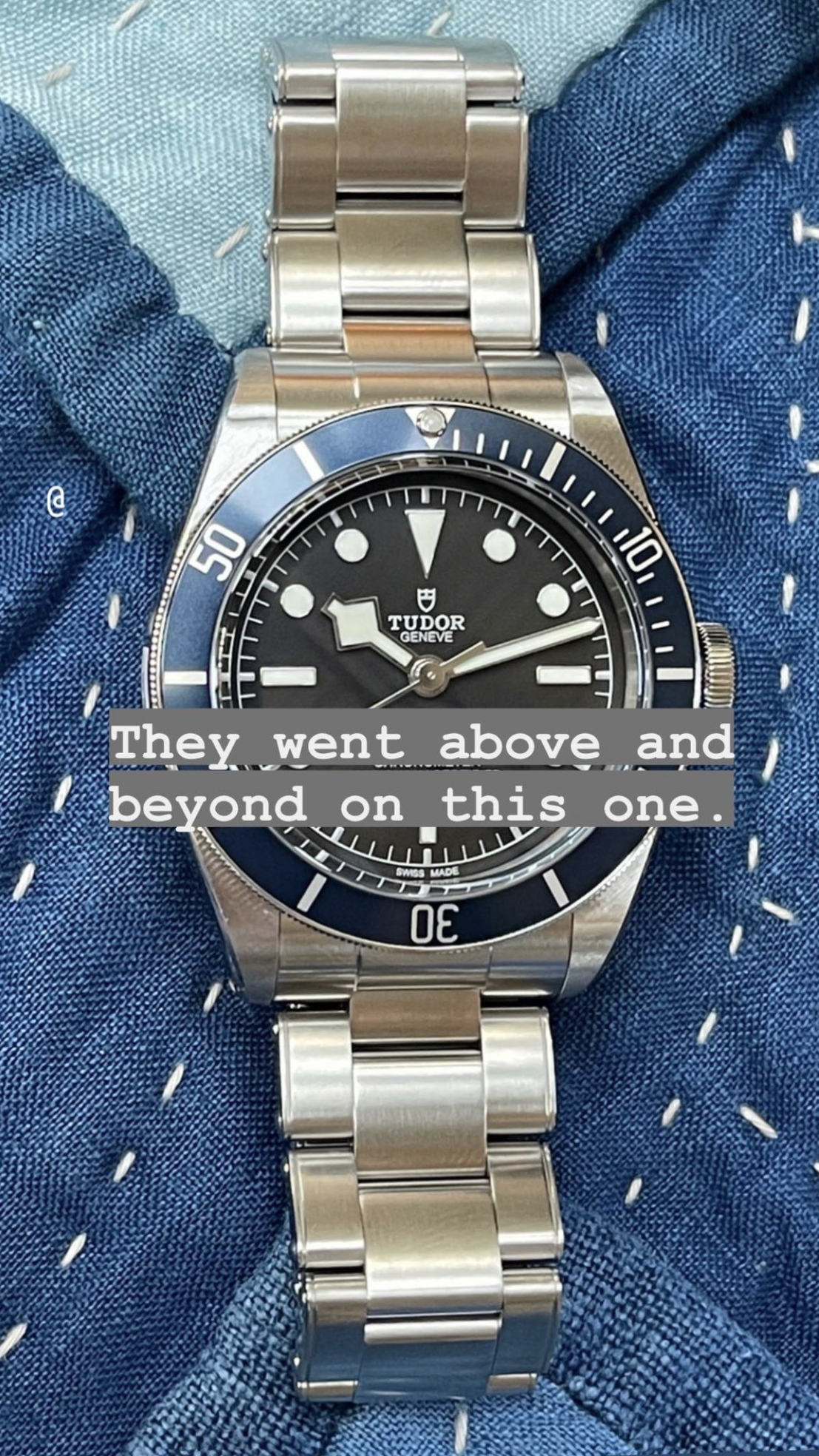 As John himself puts it, Undefeated went “above and beyond on this one”.