It doesn’t feel like that long ago since Lewis Hamilton became the most decorated F1 driver of all time, winning his seventh world championship in November after a COVID-disrupted but nevertheless enjoyable 2020 season. Now, with less than a month until the 2021 calendar kicks off in Bahrain, there is no shortage of things to get excited about. Seeing Aussie Daniel Ricciardo and Brit Lando Norris team up together for McLaren has many frothing at the bit; equally the new series of Netflix’s Drive To Survive is bound to fire up our engines; but naturally it’s the timepieces planted on the drivers’ wrist come podium time that really have us on the edge of our seats. Time+Tide’s resident petrolhead Fergus Nash has given you an extensive rundown of what watches to expect to see in F1 in 2021, but for watch enthusiasts in the UK only, there’s a late addition to the grid. 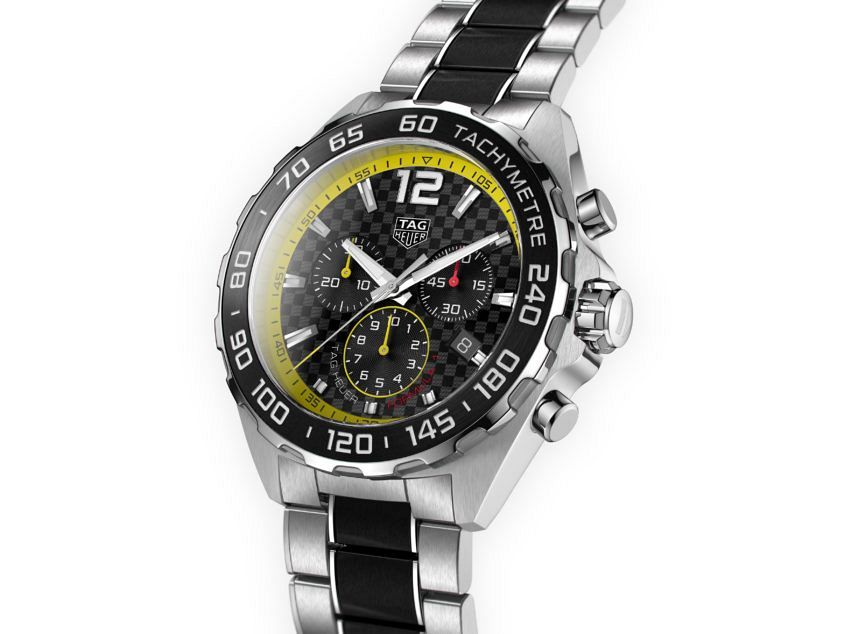 Indeed, after a speedy announcement of a different kind tying the knot with Porsche last month, TAG Heuer has now unveiled a special edition Formula 1 piece in line with the chequered flags being waved in Bahrain (quite literally when you see the dial). Considering a TAG Heuer F1 is the first watch I ever owned (1996 model), you’ll forgive me for having something of a waltz at my desk on receiving such stellar quartz news. 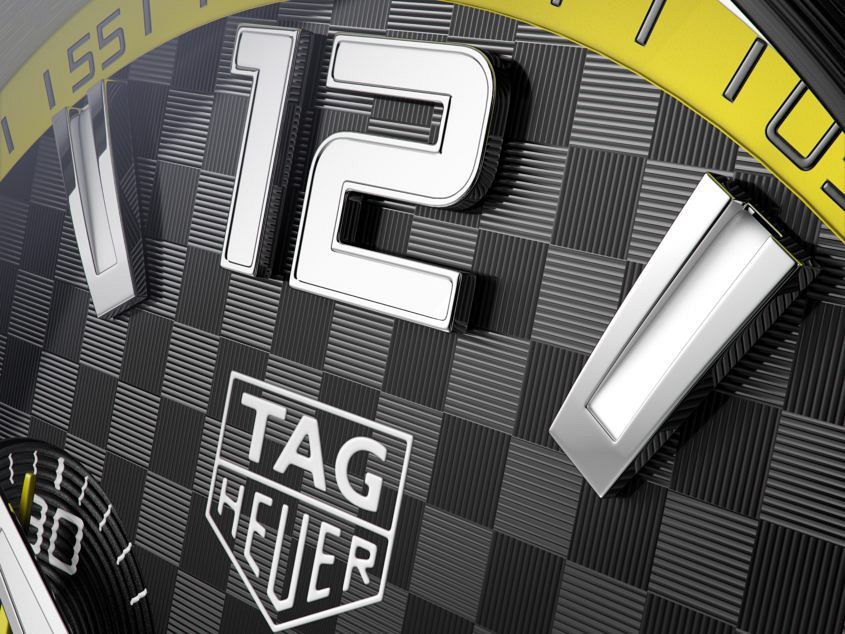 First impressions are that yellow dominates the circumference of the dial – in a go-faster, energetic, I-can-feel-the-horsepower way – with the carbon fibre-textured dial racier still. This quartz-charged chronograph is made from fine-brushed steel to give it a robust finish and at 43mm, the case sits nice and prominent on the wrist. For those of you who genuinely plan to use the watch for driving around in fast cars, the three-row bracelet includes a drivers’ extension, which sounds a bit like when a driver has a drive-through penalty, but is actually just a nice touch to fit the watch over any racing suit you might be wearing. 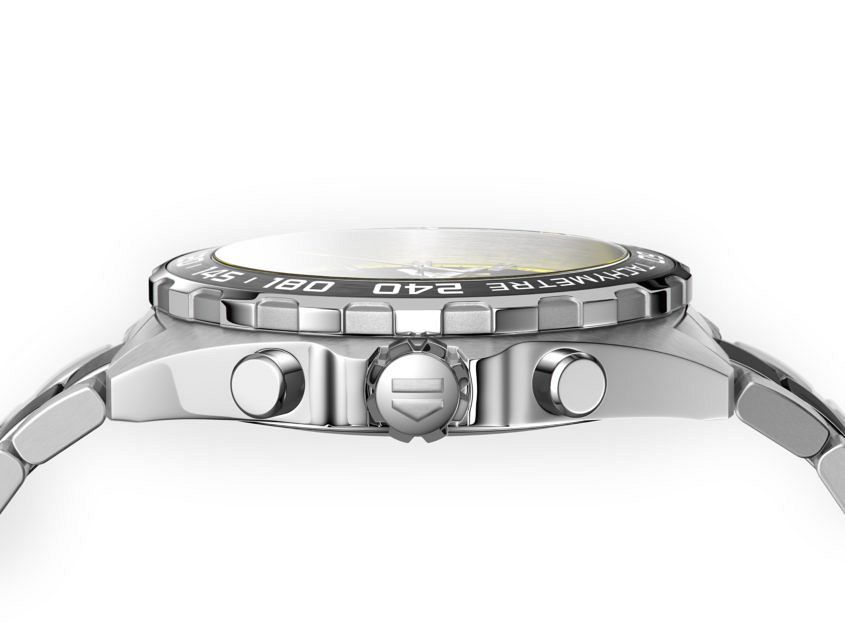 Add a few more souped-up yellow details and the white Super-LumiNova ® coating the hands and indexes, and you have yourself a nice, sporting number to add to your collection.

The TAG Heuer Formula 1 Special Edition is available in the UK only for £1900, here.