Well, one of 2020’s worst-kept secrets is out of the bag – Tudor has gone and released a brand new iteration of the best watch it makes. Ladies and gents, introducing the Tudor Black Bay Fifty-Eight Ref.M79030b-0001. Now, we’ll skip all the conjecture and polarisation that this watch has already managed to conjure up in the community, because there’s a question that needs answering – just what kind of blue is the new Tudor Black Bay Fifty-Eight?

That may seem like a silly question. I mean, there’s myriad renders and press photos floating about. But for anyone who’s ever seen a watch online and then been shocked at just how different it looks in the metal, you’ll get why this is such a burning curiosity for us. Is it really navy? Is it royal blue? Or tinges of teal? Or, to quote a local legend, is it Electric Blue? (See the YouTube clip for some background music to the post…)

We’ve sourced some very telling side-by-side comparison photos, with the new kid on the block up against some other popular blue-dialled watches from both inside and outside the family. 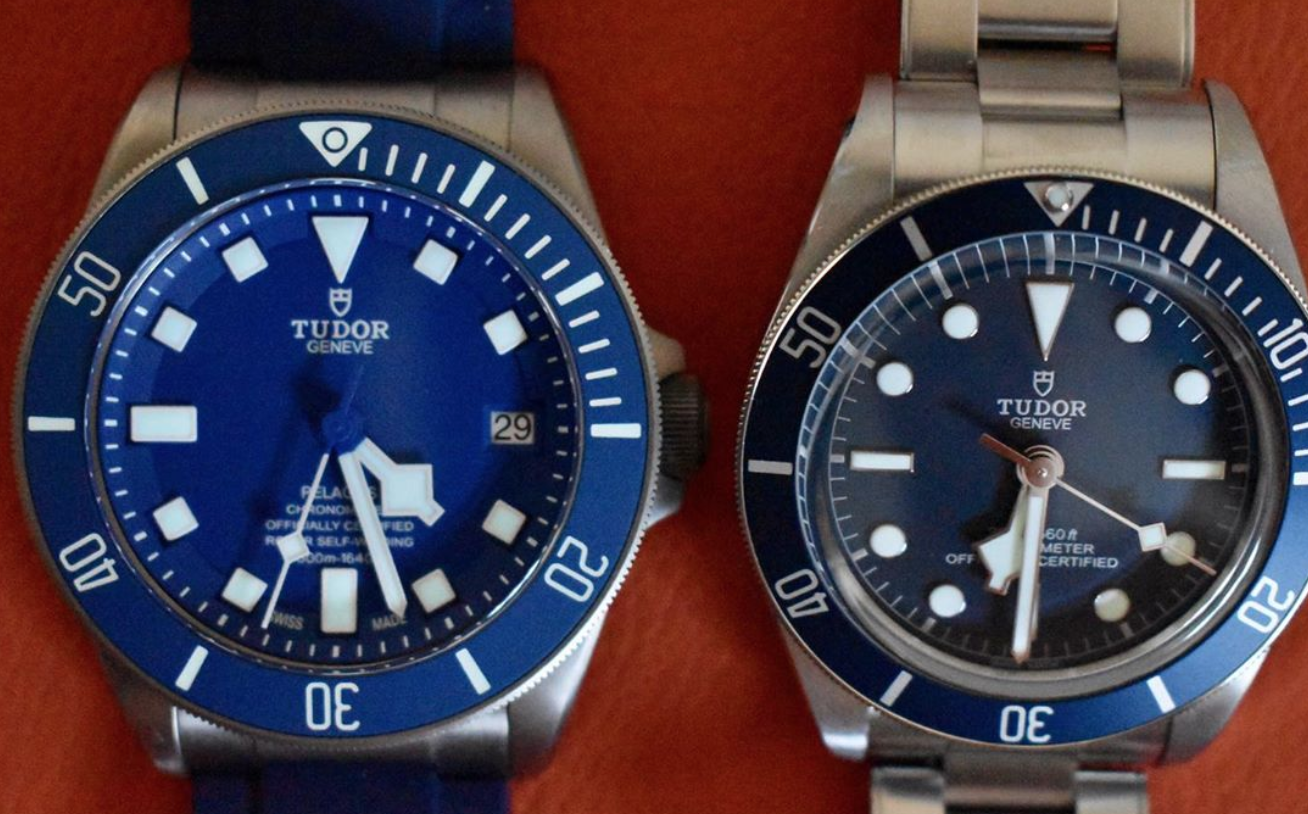 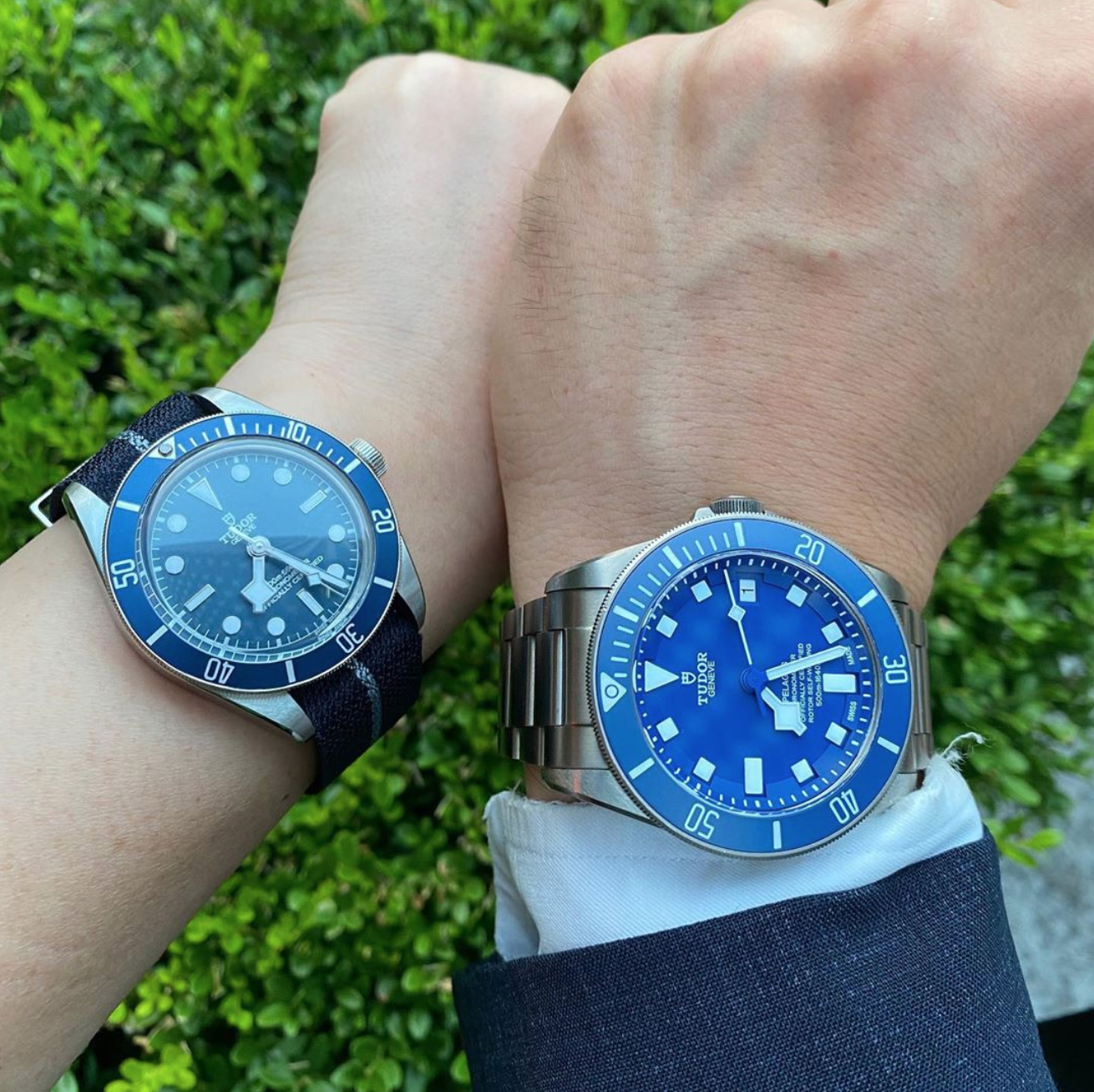 As you can probably tell from these two photos, the Pelagos is way, way brighter and bolder than the BB58. In fact, the matt navy of the Fifty-Eight is borderline surreptitious and overly restrained compared to its older titanium sibling. 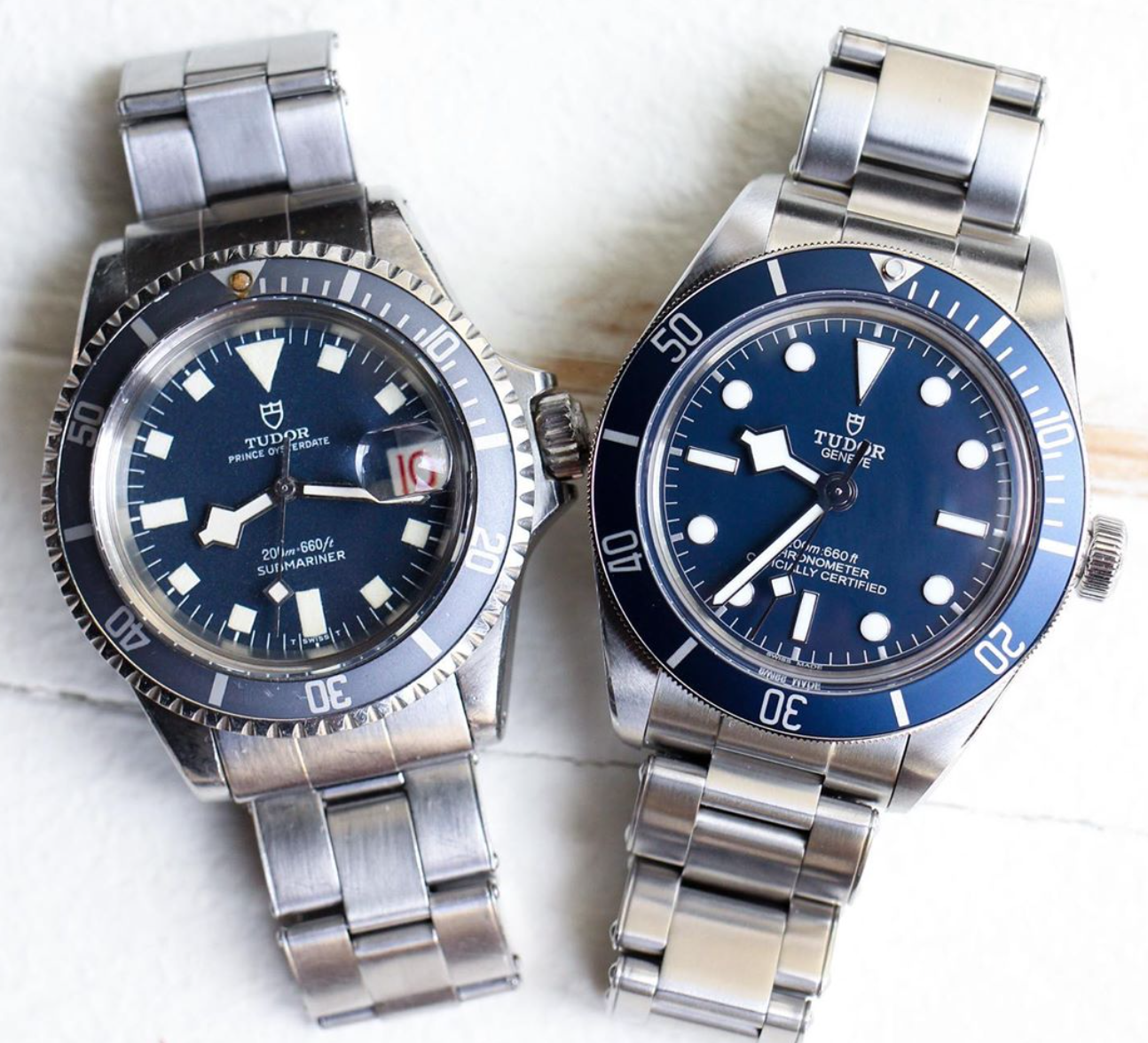 Talk about family lineage! This comparison is much closer, with the new BB58 looking just that bit richer and fuller than the vintage Tudor Subby. Mind you, though, the Sub’s had quite a few decades to end up looking like that … when it was new, the colour match between these two could’ve been nigh on the same. 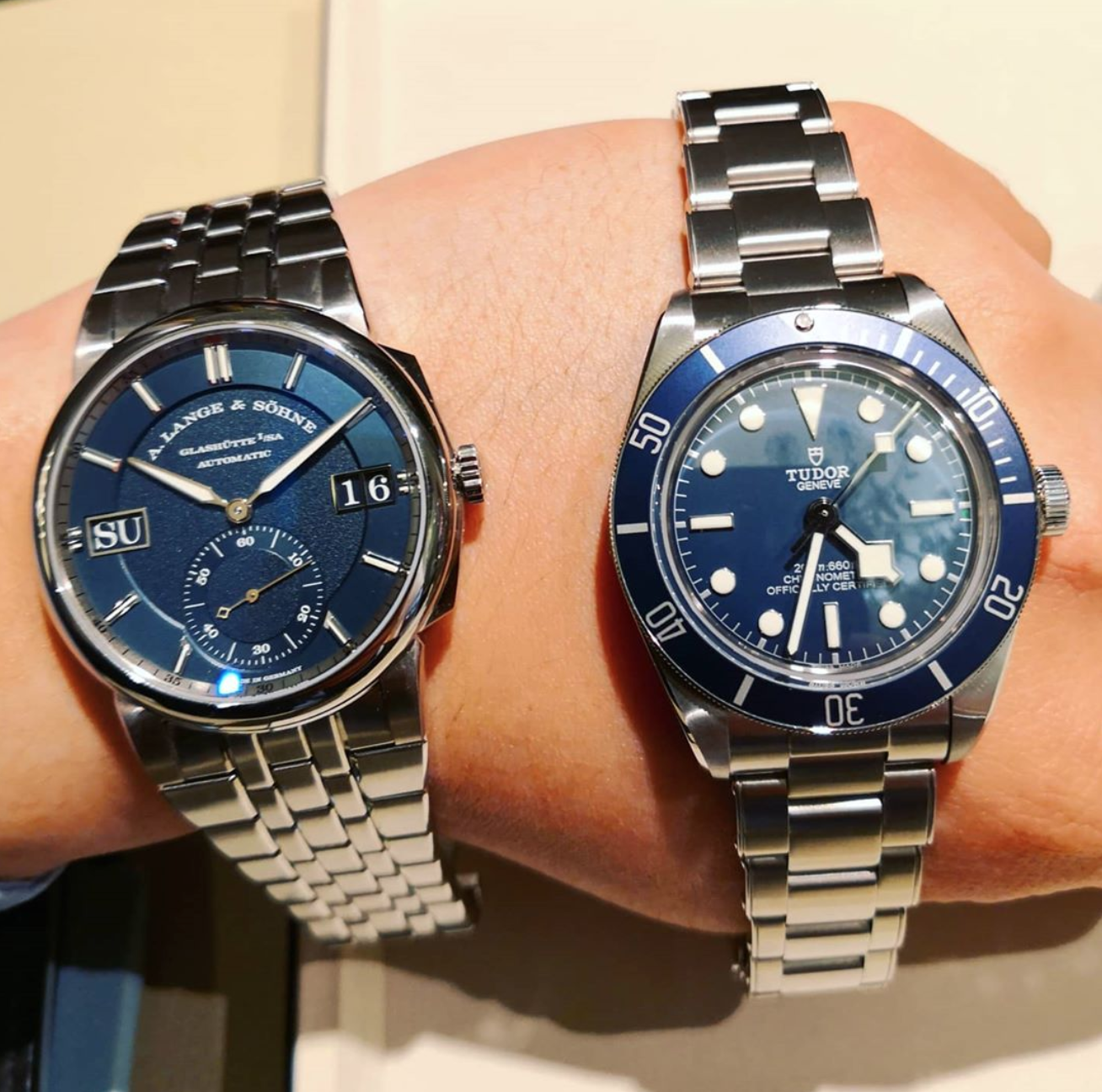 Here’s an interesting comparison. One of 2019’s most controversial releases, the A. Lange & Söhne Odysseus and its dark navy blue dial shows just how matt and flat the navy blue of the BB58 is, with the Germanic stainless sports watch positively gleaming with a slick metallic shine. 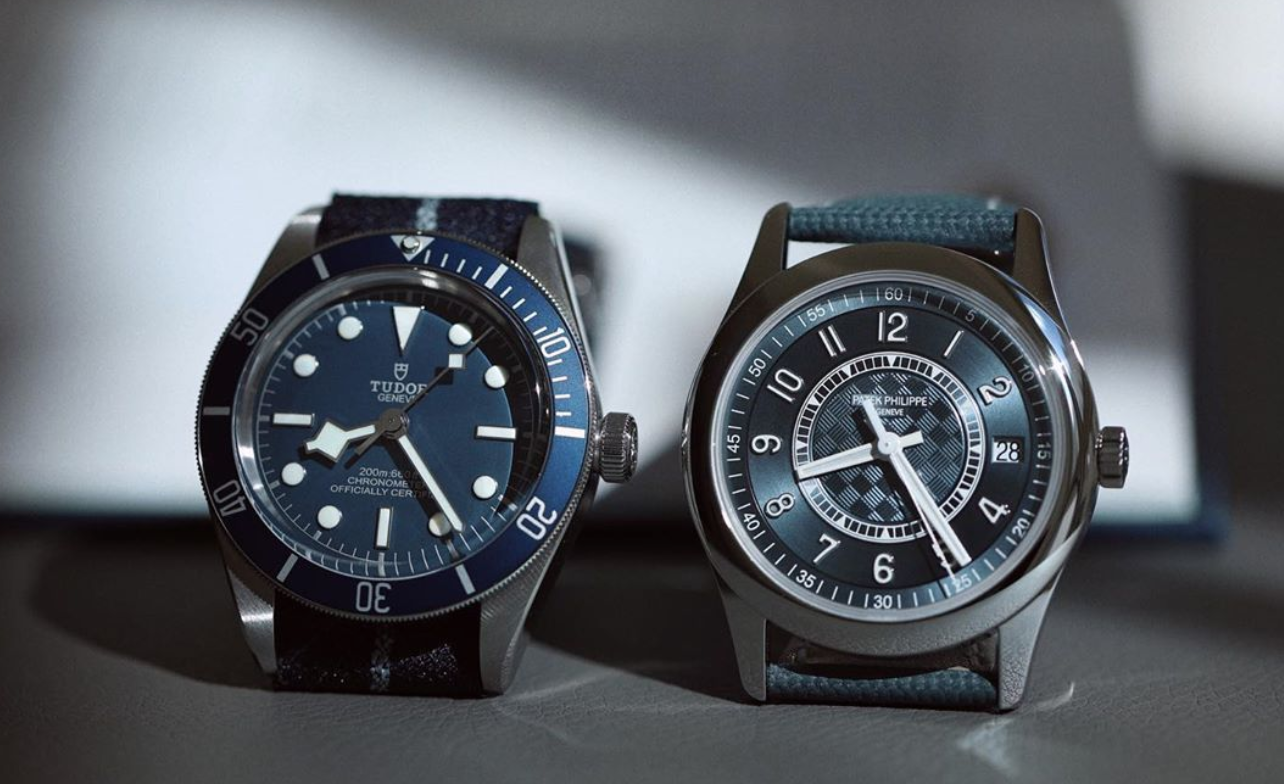 Well, if the Odysseus was 2019’s wild child of contention, then 2020’s horological provocateur surely has to be Patek Philippe’s first novelty of 2020, the Calatrava Ref. 6007A-001 Limited Edition. Side by side against Tudor’s first novelty of the new decade, the PP, just like Lange, demonstrates just how matt the navy blue of the BB58 is and how smokey blue / grey the Calatrava is in the metal.