Editor’s note: One of Tudor’s lesser-known model ranges, the 1926 is an admirable everyday watch with a number of great benefits. For a start, it’s powered by a tried and true ETA movement, not one of Tudor’s in-house calibres. Why is that a good thing? Well, for a start, it keeps costs down, as evidenced in the price of the watch. Another positive about ETA movements, as I’m sure you’ve probably heard countless times before, is that they are nigh on bulletproof and easy to service. The 1926 is also a handsome and classically styled watch, ensuring that it offers a great amount of versatility. Late in 2018, we were fortunate enough to go hands-on with the 1926, and these were our thoughts.

One of the more intriguing releases from Tudor this year — and one that didn’t get quite the attention it otherwise would have, thanks to the show-stealing GMT — was the classically styled 1926. Taking its name from the year the Tudor name was registered, it also owes some design cues to this golden era of style. Take, for example, the finely textured waffle dial, with the blued Arabic numerals interspersed with arrow-head markers. Lovely, but also wearable, and entirely wearable nearly 100 years later. The case is well-sized, the movement rock solid, and the solidly made bracelet adds a nice dash of slash. It all means you’ve got a watch that looks the business, no matter what the business is. 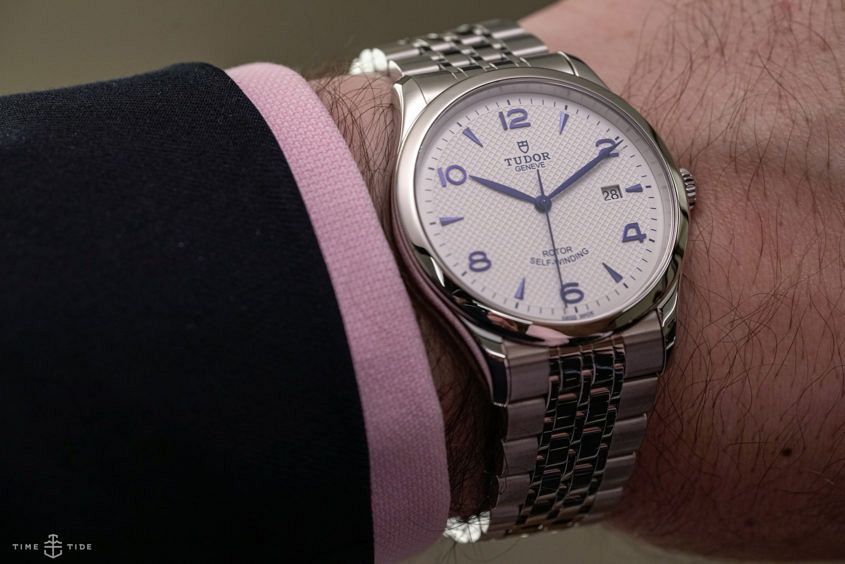