This weekend’s Monaco Grand Prix is not only the glamour event on the Formula 1 calendar, but also one of the major showcases for the watch industry. Look closely at the crowd on the yachts in the harbour and you’ll see acres of tanned skin teamed with the latest shiny timepieces. You might also see small swimsuits (oh yes, you will), but we’re here to focus on the wrist.

The Monaco Grand Prix is about a lot more than who is wearing what, as it’s one of the largest global marketing events for watchmakers, with 10 brands involved over the four-day carnival. In fact, with two exceptions, the entire Formula 1 grid is aligned with a watch brand:

And of course, Rolex is the Official Timing Partner of Formula 1, having taken over from Hublot at the end of the 2012 season. Rolex of course has a long association with motorsport, both in Europe (Le Mans) and the US (Daytona). And so in 1964 when Rolex was considering a name for its new Chronograph, it’s only natural that it chose the name Le Mans….before deciding that perhaps Daytona had a better ring to it. Good decision, Rolex. 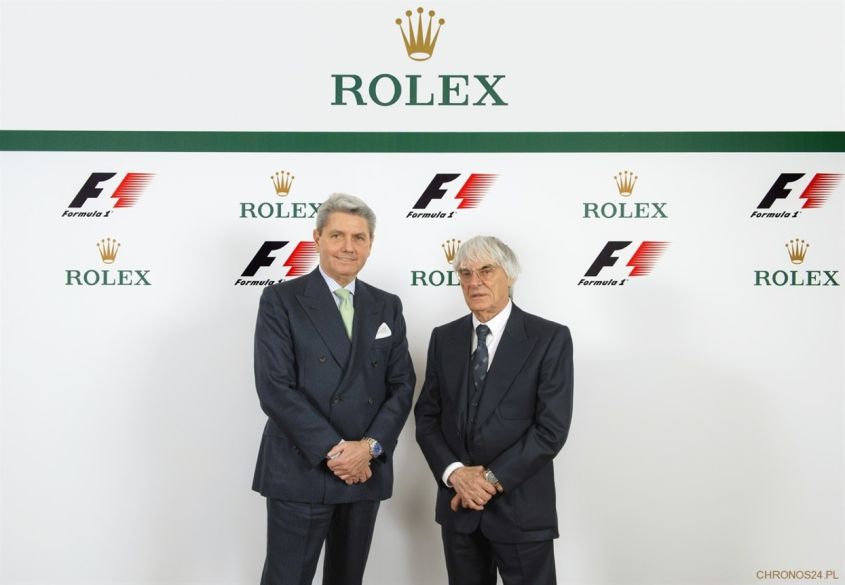 But despite this close link, don’t expect to see officials at Monaco timing the race with their Platinum Daytona Chronographs. The era of qualifying laps with mechanical timepieces is long gone.

Back in the good old days of the 1960s, everyone used mechanical stopwatches to time laps. In fact, the responsibility within the teams for timing laps was often given to the wives or girlfriends of the drivers themselves. But the advent of digital technology in the early 1970s totally changed the timing landscape, not only from a technical point of view, but also from a commercial one.

The history of commercial partnerships between watch companies and Formula 1 began in 1972 when Jack Heuer struck a deal with Enzo Ferrari to provide timing equipment to Ferrari. The push for Ferrari to get its own timing equipment was not actually Formula 1, but rather Le Mans, where Il Commendatore didn’t trust the French timekeepers. Jack Heuer agreed to help, but wanted exposure on Ferrari’s Formula 1 cars in exchange, given that the notoriously tight-fisted Mr. Ferrari made it clear that Ferrari couldn’t afford to actually pay for the timers. 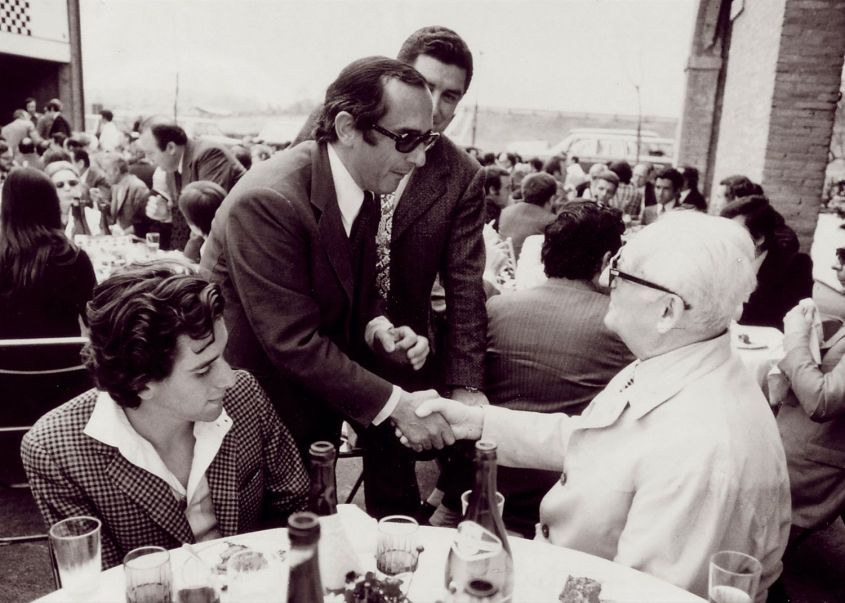 The deal that was struck saw Heuer agree to pay each of Ferrari’s drivers CHF25,000 (Swiss Francs) per year and in return they would carry the Heuer logo on their overalls and car. Each driver would also receive a Gold Carrera Chronograph, but they had to visit Heuer’s factory in person to collect the watch and allow a few photos. The contract was signed on 7 April 1971 and while neither man knew it at the time, this agreement was the template for all deals that followed.

Heuer became the official timekeeper for Formula 1 in 1974, when it introduced the Automatic Car Identification Timing System (ACIT), the principles of which are still used today: a tiny transponder on each car which sends a signal to the receiver on the finish line, allowing each car to be identified and timed to 1/ 100th of second. Heuer’s system was used through the 1970s and then sold to Longines, who along with Olivetti were the official timer through the early 1980s. 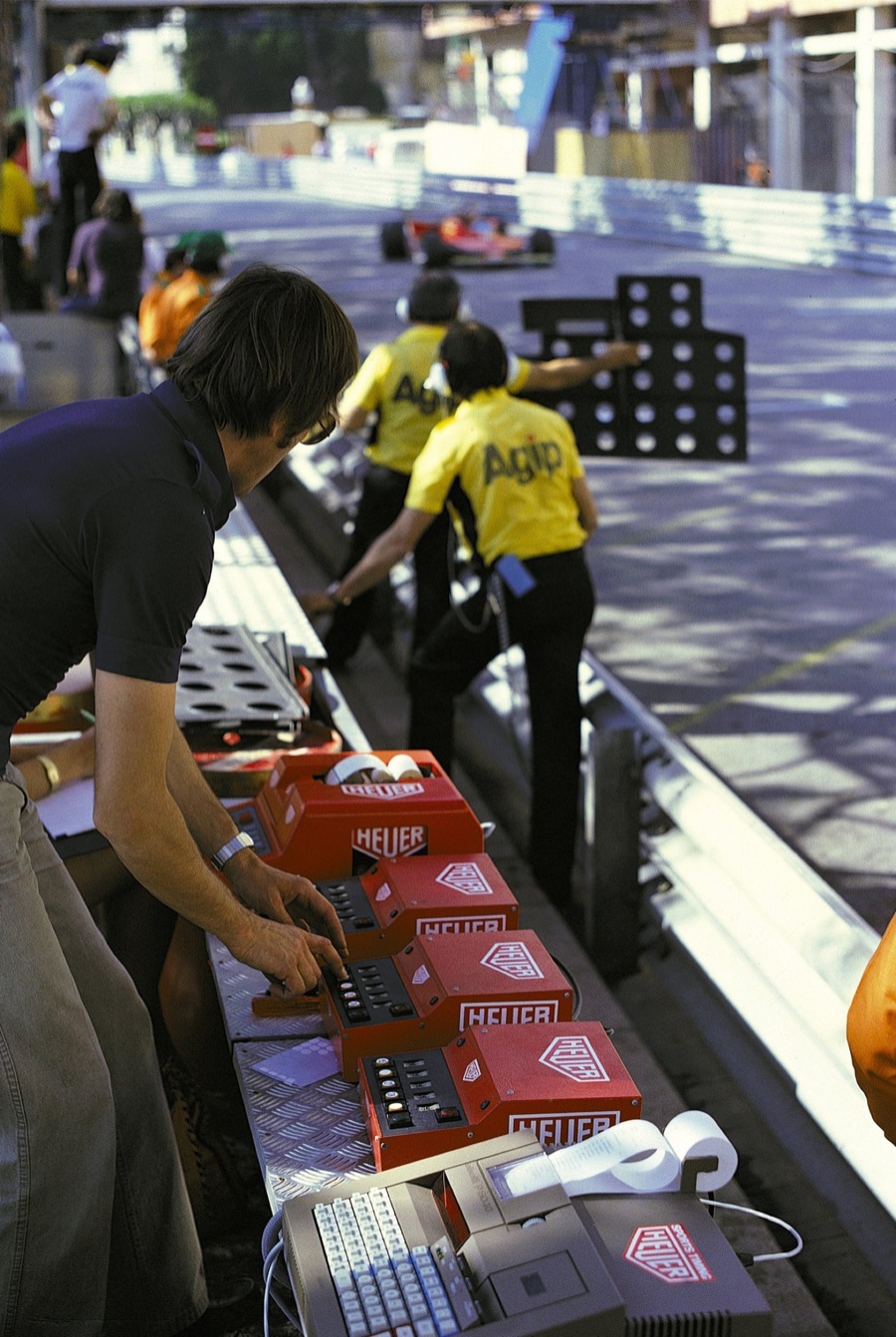 The Swiss/ Italian double act was replaced by a Dutch company called AMB. AMB is today known as MYLAPS, and the truth is that it is MYLAPS that provide all timing equipment for Formula 1 and have done for 30 years. Of course, there have been a variety of names of brands who have been the official timing partners of Formula 1 (TAG Heuer, Siemens, LG, Hublot and now Rolex), but each of these has used MYLAPS technology and equipment.

In many ways, the link between precision of timing events like Formula 1 and the watchmaking skills diverged many years ago, to the point where they bear little relation to each other, given that most of us don’t need or want a timing transponder on our wrist. Of the major watch brands today, only TAG Heuer has an active involvement in motorsport timing through its timing divisions subsidiary, which still makes its own equipment. 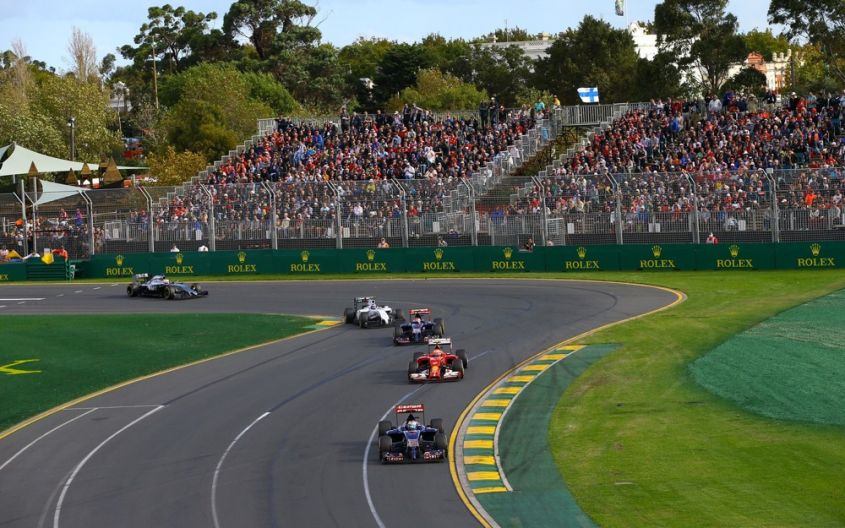 So is the link between watchmakers and Formula 1 still legitimate? We’d argue that it is due to the historical link between motor racing and the chronograph. In many ways, the development of the chronograph is linked to the car industry, and in particular motor racing. Without the need to time wealthy men in their machines around a track, what was the point of a chronograph and who would buy them?

And likewise, without the ability to accurately time a race, the whole racing endeavour was a simply waste of time. How would be a grid be decided? How would the sport of Rallying exist, given that rally cars never race each other directly, but rather they race the clock. Without mechanical timing, motorsport would never have developed the way it has.

So we see the Monaco Grand Prix as a celebration of the intertwined history of motor racing and watchmaking. A chance to raise a glass of Champagne (Krug Clos du Mesnil 1998 if you’re asking) to the history of mechanical watchmaking and maybe find your one chance of the year to use your chronograph to time something other than boiling eggs.