Wow. If you read my latest Tudor article detailing our favorite rumours ahead of the May 25th launch you’ll understand my shock yesterday morning when the Tudor Black Bay Ceramic was unveiled. Tudor, Rolex’s younger sibling within the Wilsdorf group, has clearly established it is the more adventurous brand of the duo (after all, their motto is “born to dare”). But the brand now seems more unpredictable than ever with their novelties and, to be fair, that makes them all the more interesting. Sure, this is yet another Black Bay. But we have to give the brand credit for breaking the mold and introducing the classic diver in new metals and materials this year: yellow gold, 925 silver, and now ceramic. While Tudor is becoming increasingly synonymous with this one collection, it is more diverse than ever and is affording consumers not only more accessible and affordable Wilsdorf divers, but also watches that would never be released by Rolex. Still, while I do applaud the novelty, I will say I was a bit confused in the wake of its release. So let’s dig into a quick overview of the watch and three curious takeaways from the Tudor Black Bay Ceramic. 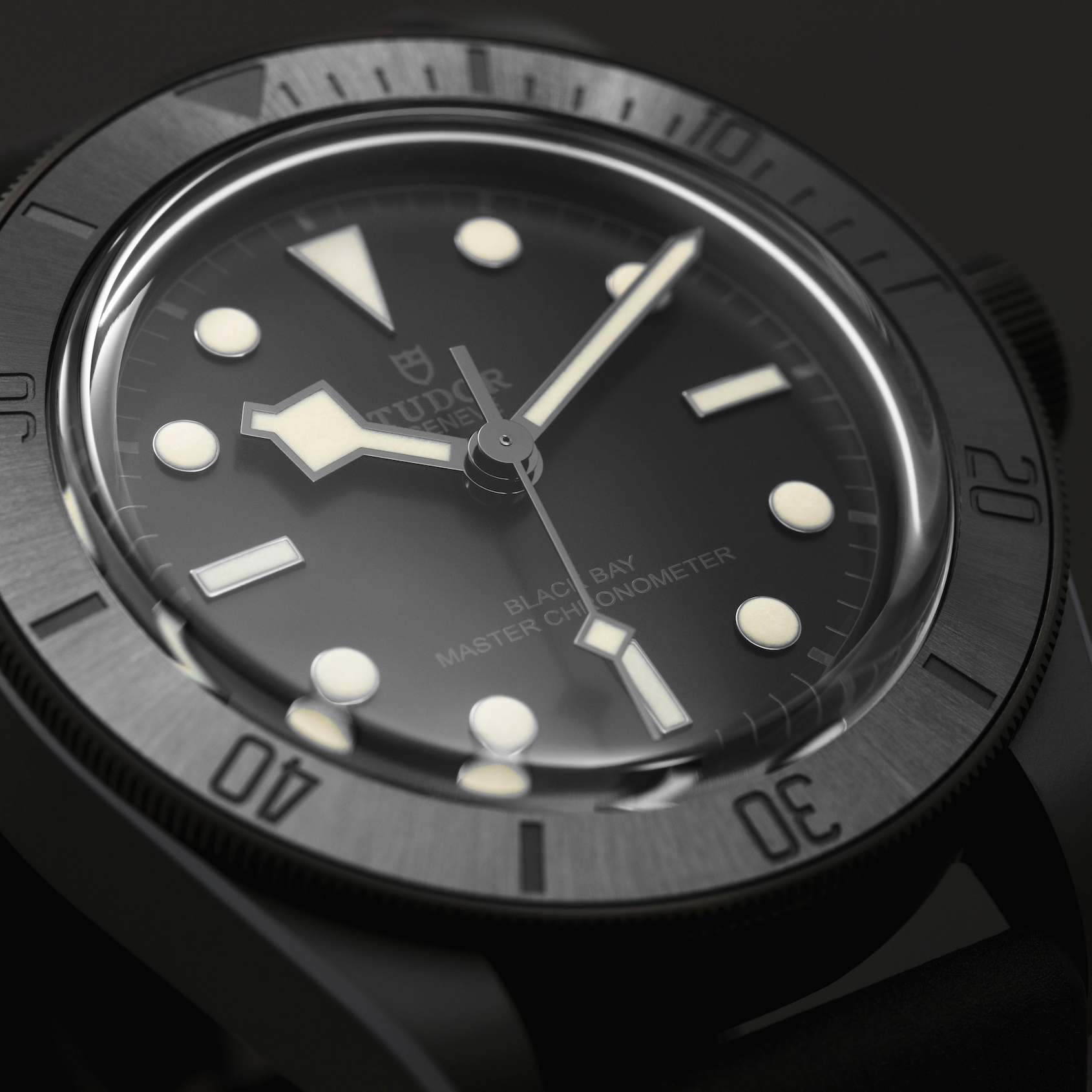 A brief introduction to the new Tudor Black Bay Ceramic 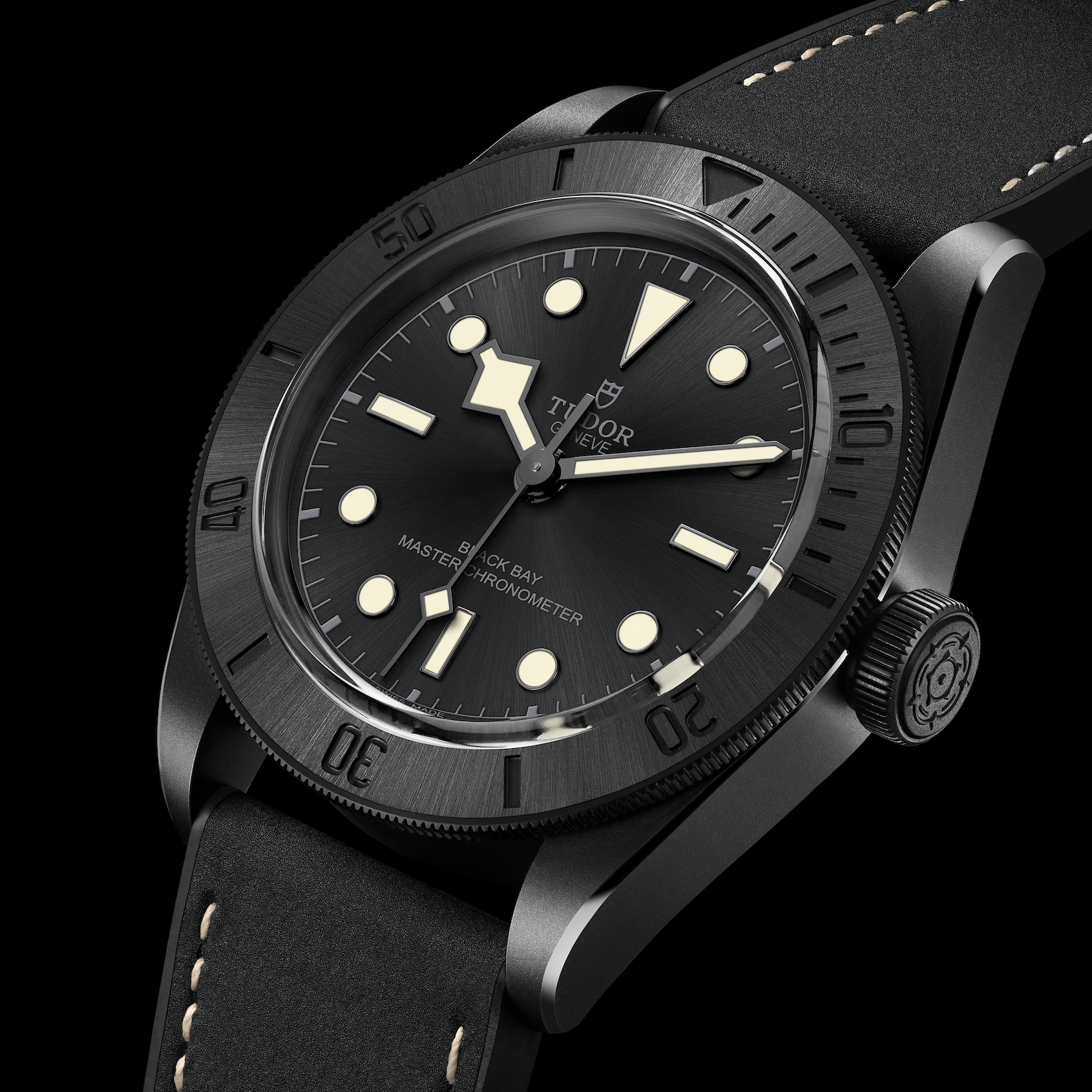 Put briefly, the Tudor Black Bay Ceramic is effectively the 41mm Tudor Black Bay in a new black ceramic case with a updated caliber as well. The case components, truth be told, are not entirely ceramic. The screw-down crown that secures its water-resistance to 200 metres, the coined bezel ring, the exhibition caseback, as well as the clasps and buckles of the included hybrid leather/rubber and fabric straps are stainless steel with black PVD treatment. The case and bezel insert are where ceramic is truly introduced to the standard production of Black Bay watches. It has a monobloc case with a micro-blasted finish complimented by polished tapered bevels to the shoulders of the lugs.  The black dial and bezel insert both share a satin-brushed finish that drives home a stealth military vibe. The familiar snowflake hand set and hour indexes remain, filled with a subtle beige SuperLuminova® for added visibility in darkness. Inside the watch beneath the exhibition caseback is an updated movement: the manufacture caliber MT5602-U1. 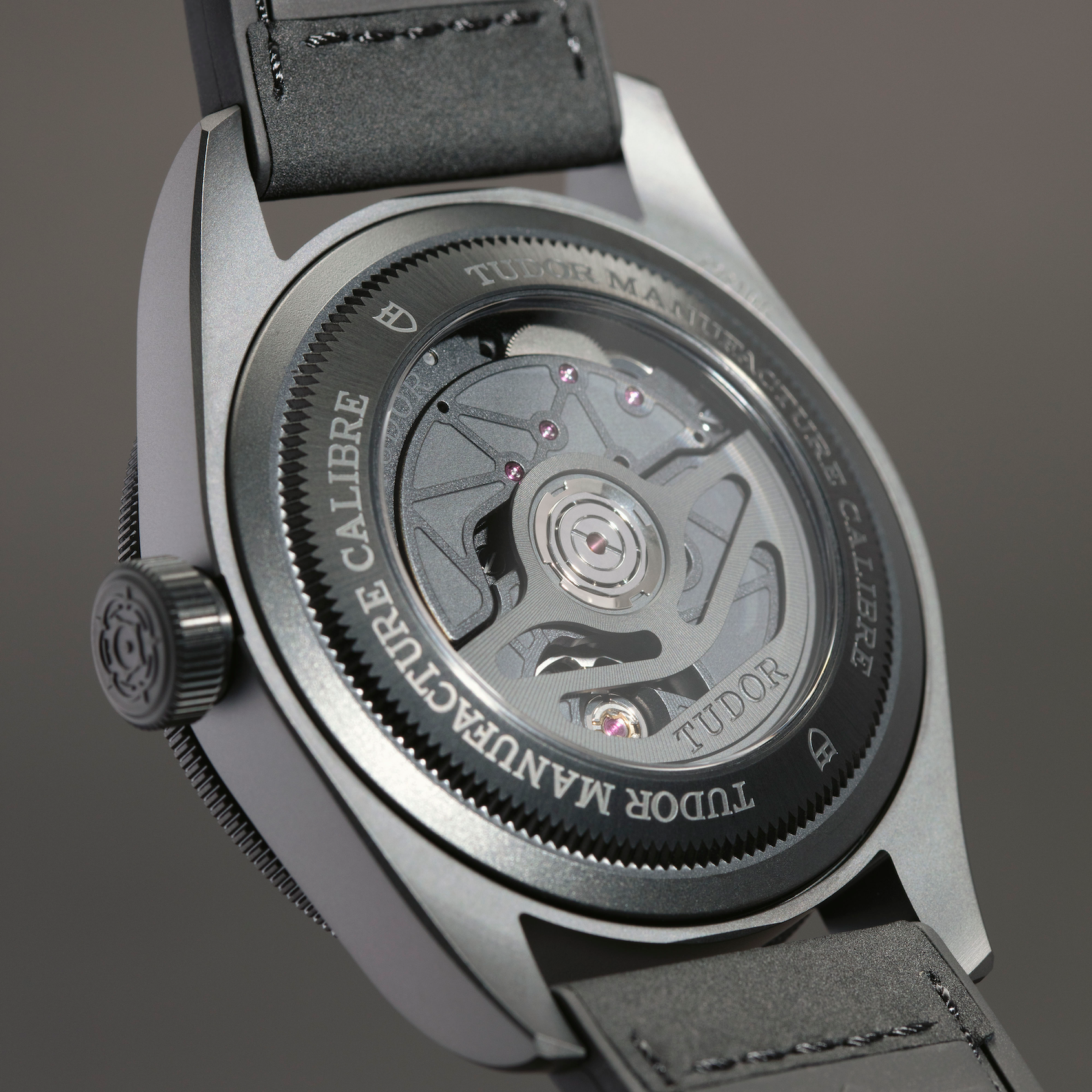 The movement has taken on a new blackened aesthetic to match the externals of the watch, but Tudor did not just simply change the caliber aesthetically. The second biggest introduction here is that this is the first Black Bay diver to achieve the rigorous METAS Master Chronometer certification. This ensures the watch is regulated and tested to perform within +/- 0-5 seconds per day – at two temperatures, in six different positions, and at two different levels of power reserve: 100% and 33%. It also means the watch must maintain its performance even when exposed to a magnetic field of 15,000 gauss, an achievement largely made possible thanks to its silicon hairspring. The MT5602-U1 maintains the power reserve of its predecessor at approximately 70 hours off the wrist. 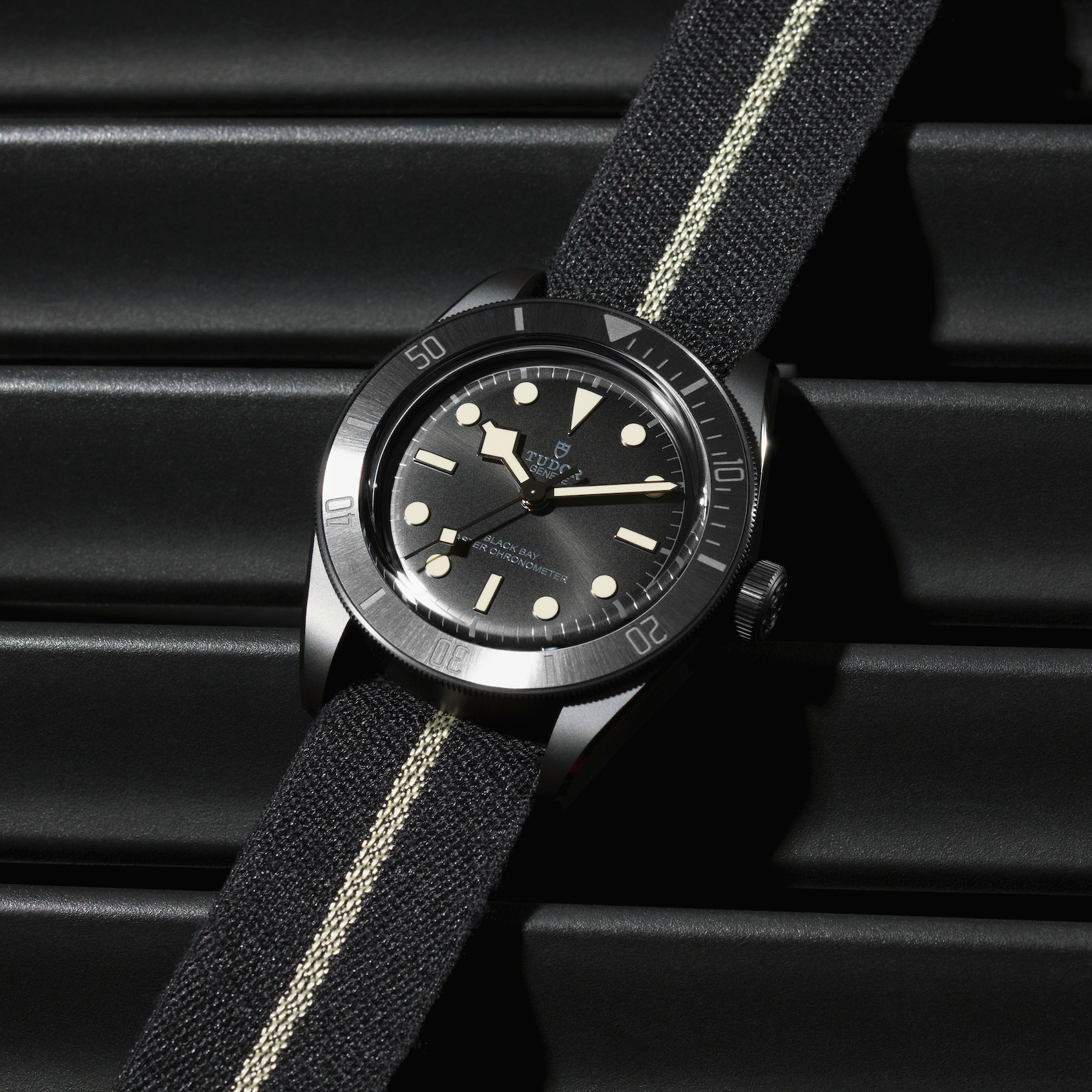 As I mentioned earlier, this release was definitely a surprise to many. To be fair a welcome surprise, but a surprise nonetheless. The shock factor would have came into play whenever this watch was announced, but due to its proximity of the Marine Nationale partnership announcement many of us, myself included, assumed the “one more thing” teased to drop for May 25th was going to be tied to Marine Nationale. There was technically no imagery or caption to the teaser that would insinuate a definite connection to Marine Nationale, but the association seemed logical due to the timing. Due to that inferred tie-in to the announced partnership, some within the enthusiast community felt slightly let down by this release. Again, this is not because there is anything wrong with the Tudor Black Bay Ceramic. It is a really neat and long-awaited introduction to the catalogue. But Tudor’s marketing took many of us in a different direction, leaving us somewhat baffled by the timing and mixed messages. 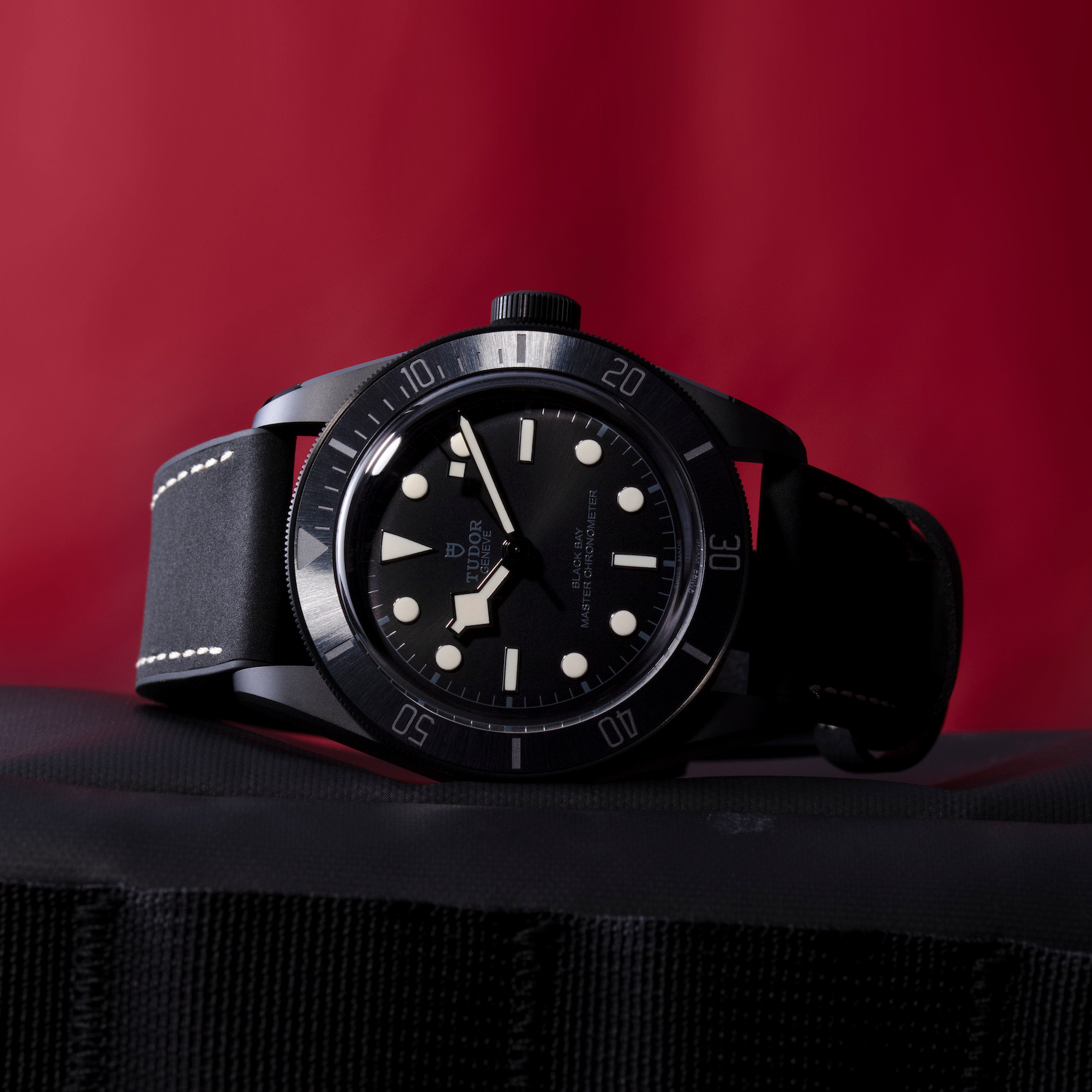 In 2019, during Only Watch – where piece uniques are offered for auction to raise money for charity – Tudor presented the first-ever Black Bay in ceramic: the Tudor Black Bay Ceramic One. The one-off watch fetched CHF 350,000, clearly capturing the interest of buyers looking for a unique Tudor watch. Many have joked throughout social media that the winner of that watch must be punching the wall now that an alternative is available for around 98.79% less at $4,725 USD. 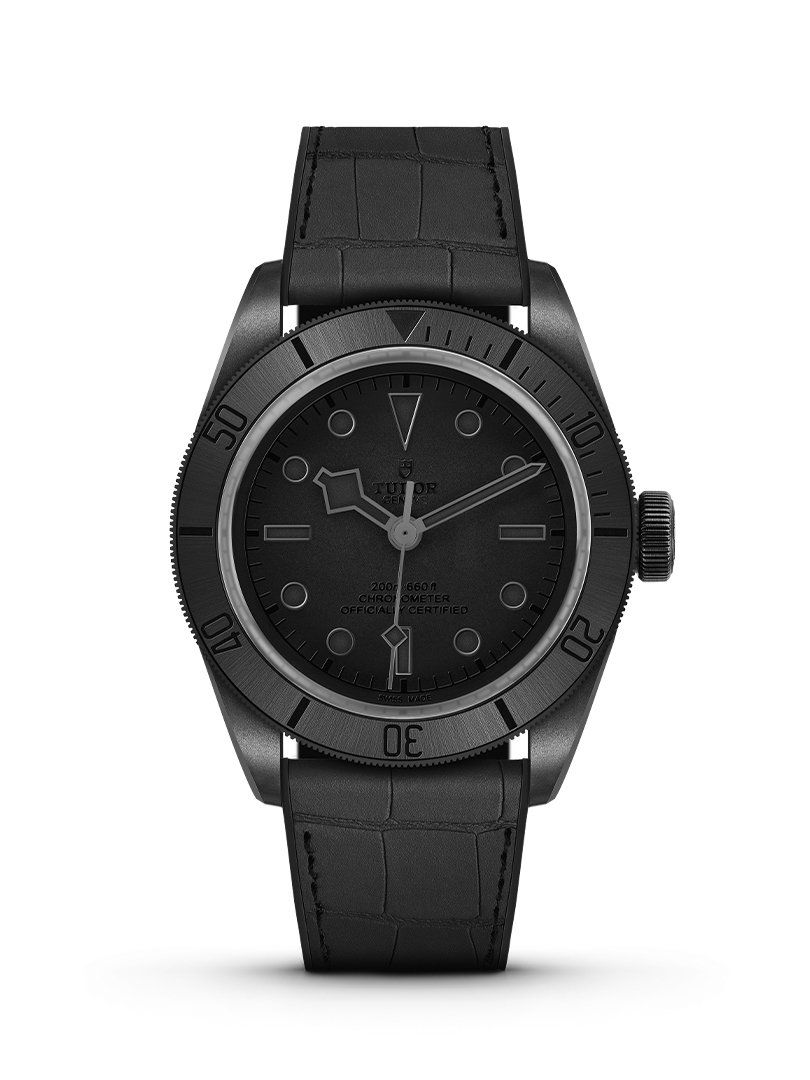 The Tudor Black Bay Ceramic One presented at Only Watch

The Tudor Black Bay Ceramic is not a 1:1 creation of the Tudor Black Bay Ceramic One presented at Only Watch, but aesthetically there are obvious parallels. The case and bezel pretty much share the exact aesthetic, the case micro-blasted and the ceramic bezel insert satin sunray brushed. The most immediate difference to the front of the watch upon closer inspection is the dial texture and the colour of the outer minutes track and the SuperLuminova® within the hands and hour markers. The dial is not sunray finished, instead it has a grained frosted texture in appearance that I would infer was meant to resemble the texture of the case. As for the colouring of the luminescent material and outer minutes track, the Ceramic One has utilised black throughout giving off the all-black or “phantom” aesthetic. Flipping the watch over, the Ceramic One watch also featured an exhibition caseback. The MT5602 movement utilized was not blackened though, nor was it (most importantly) METAS Master Chronometer certified.

The above considered, the watch still stands out as a unique creation – but also would only be distinguished by collectors and enthusiasts. If you were to show the two watches side by side to a friend who was not as immersed in the world of watches, and share the difference in price, they would in all likelihood have a look of disbelief and confusion. Only Watch has been used by many brands in the past as a springboard for future designs, but the question is did the new Tudor Black Bay Ceramic hit too close to home?

3. The METAS match-up: is this the beginning of an era where Omega and Tudor become pound-for-pound rivals? 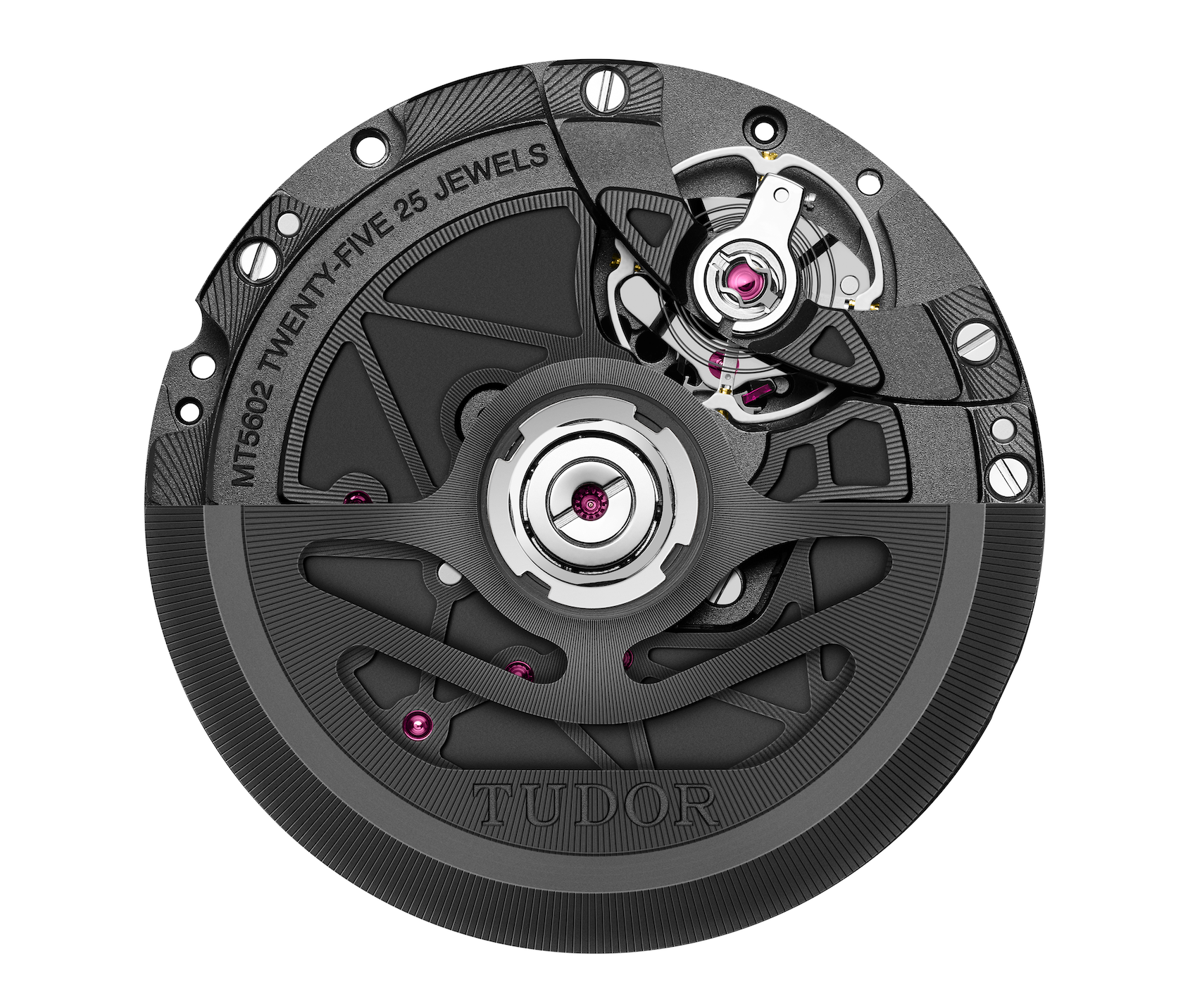 Like the New York Yankees and the Boston Red Sox, many within the community would have situated Rolex and Omega as each others’ main rivals in the world of divers. Arguably the two most iconic dive watches are the Submariner and the Seamaster and to this day the two are pitted head-to-head for comparisons. With Tudor continually stepping up their game, and now entering the world of ceramic and METAS Master Chronometer certification, collectors may get the impression that this release and adoption of METAS strategically positions Tudor as the new rival to Omega. Rolex sports watches are now more luxurious and expensive than ever, their unobtainable nature putting them in a league of their own in the eyes of consumers. Specs to specs, the Omega Seamaster will always have the advantage of leveraging the Co-Axial escapement invented by George Daniels. But Tudor and Rolex both now produce movements with 70 hours of power reserve and calibers resistant to magnetism as well. 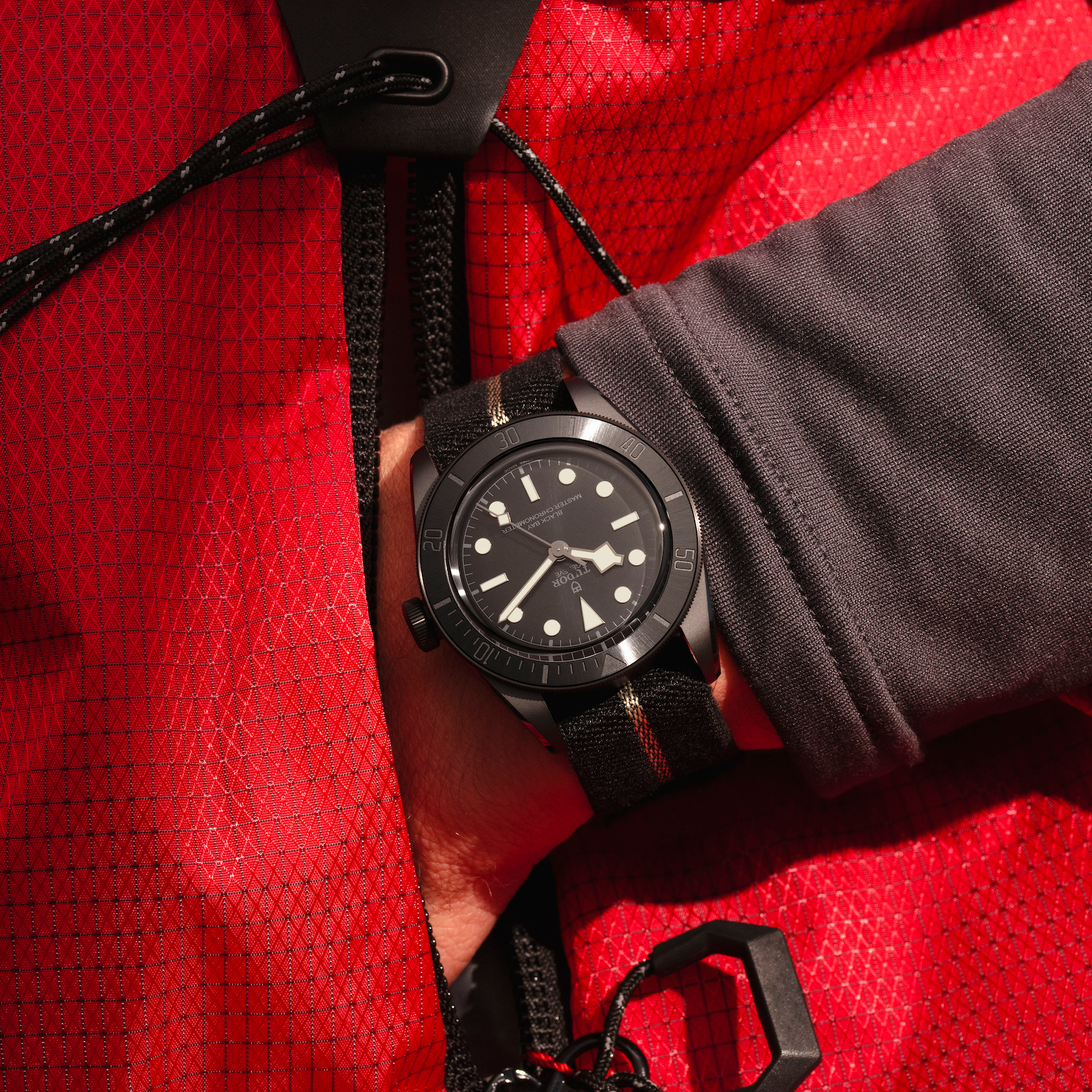