Editor’s note:  Due to the nature of the subject matter, the following story contains lots of swear words and wilfully offensive language. If you’re offended by bad language maybe give it a miss.

“Unwashed Cock Olympics! It’s 6:00am.” That’s the sort of thing you get on the Twitter account that is Swear Clock  (@swearclock).  When it comes to explaining what it is, the clue is really in the title here. The Swear Clock is – you guessed it – a clock that swears. Every hour, a Tweet is delivered that conveys the time in a deliberately rude way. A bit like this.

Or this for that matter, too.

You get the general gist. The Swear Clock is, of course, extremely puerile, but you might find it mildly entertaining – the crowd-sourced sweary utterances can be colourful and imaginative at times. And if you do like this type of foul-mouthed update, the Twitter account also links through to a speaking Swear Clock that gives minute by minute updates of the time in the rudest possible way.

But here’s where things start to get a bit weird. I assumed that the Swear Clock was just a one-off bit of dumb fun. The sort of thing that 12-year-old boys would find pants-wettingly hilarious. Except when I googled “Swear Clock” I discovered that there is, in fact, an entire universe of wall clocks devoted to this mild form of horological obscenity. 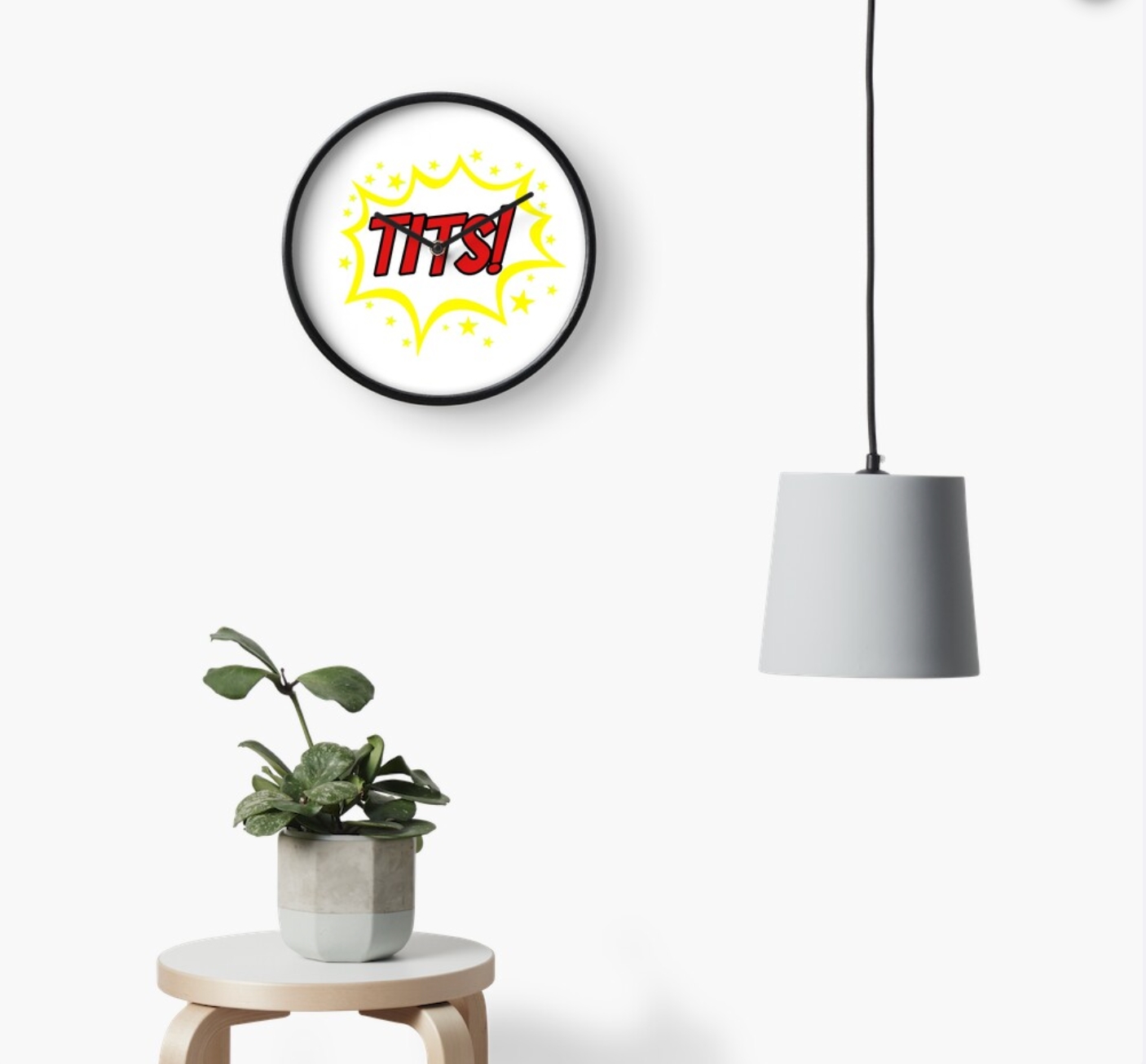 Indeed, this website reckons it’s got 2406 results for “Swear Words Clocks”. So this is a full-blown phenomenon.

But what is going on here? Having once written a story in which I got hypnotised to stop swearing so much, I know that bad language might not be so bad, after all. Indeed, a range of scientific research shows it can even prove a positive force. Studies have shown that sweary folk are more honest and verbally fluent. In his book Black Sheep: The Hidden Benefits Of Being Bad, British psychology lecturer Richard Stephens even shows how swearing can also foster social cohesion and help people cope with pain. 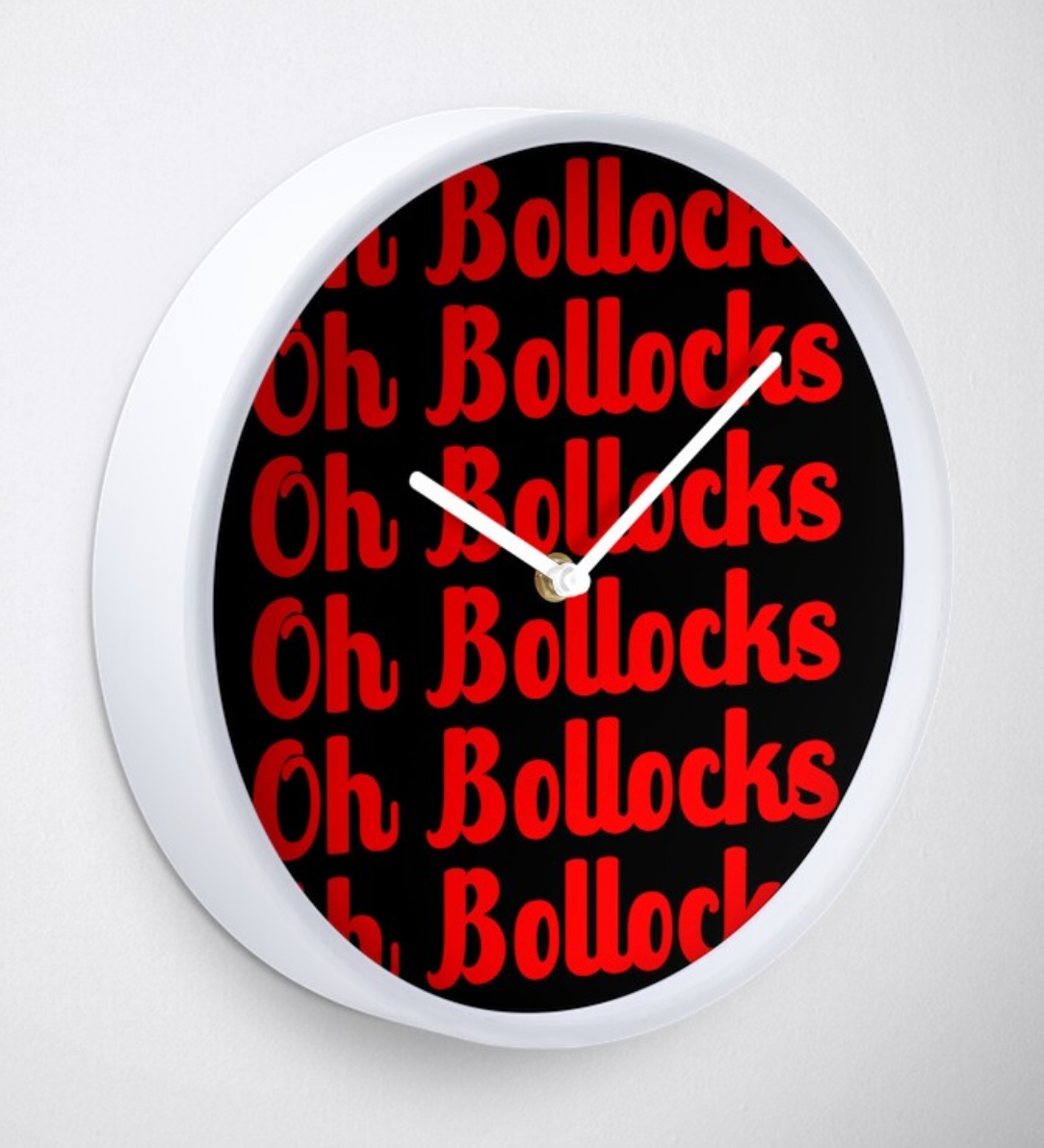 Yet while I appreciate how swearing can serve as a good form of pressure valve, I’m baffled as to why any adult would conceivably want a swear clock on their wall. 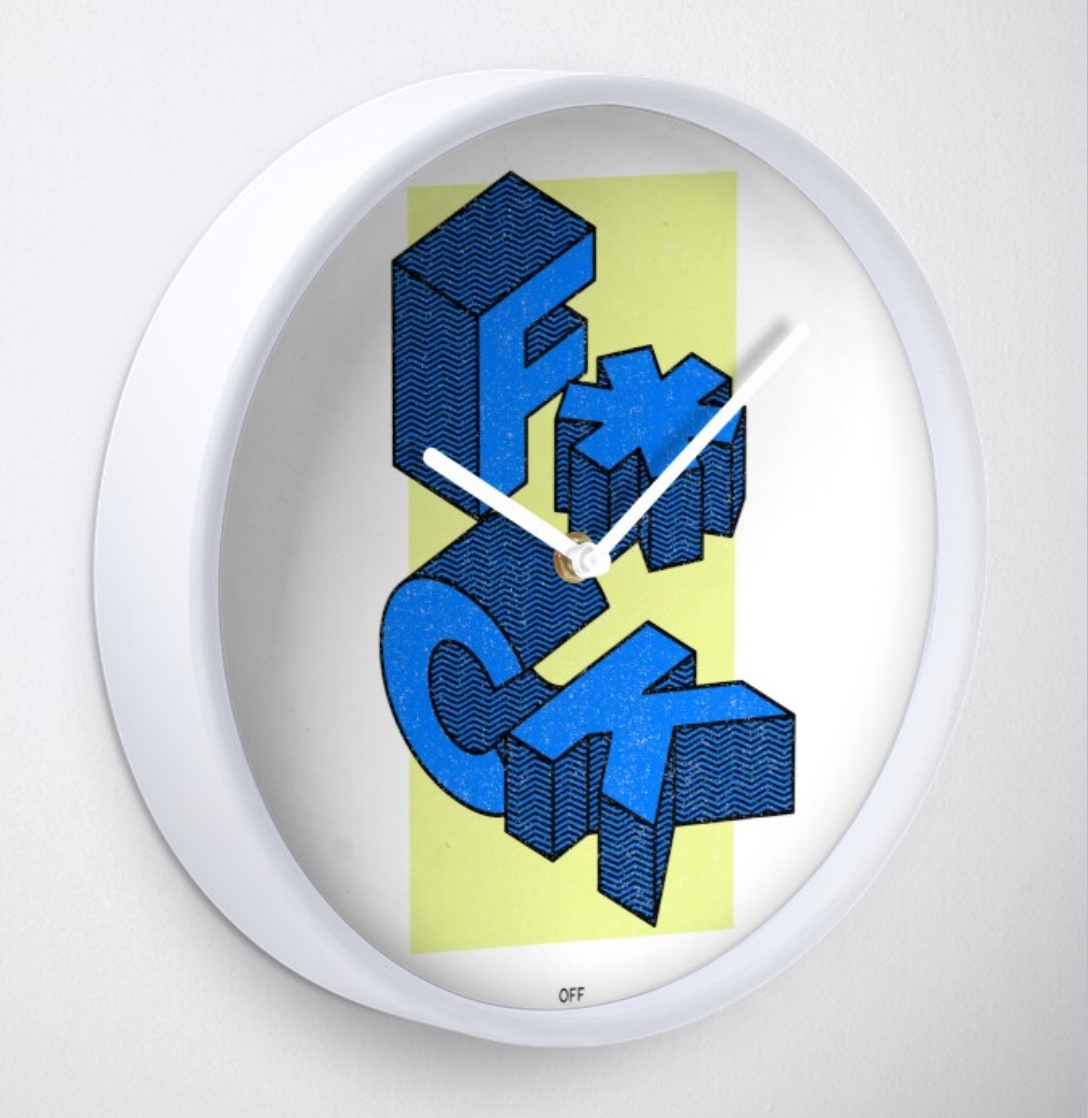 Perhaps their widespread availability is a sign that life is increasingly stressful and exasperating? But if sweary clocks like these are designed as an attempt to épater les bourgeois then they’re about as dangerous as listening to Guns’n’ Roses.  In fact, I’m so confused by their appeal that I fear I might finally be getting rather prudish. Perhaps my old mum was right and swearing isn’t big or clever, after all.