It’s the clash of the titans that every boxing fan wants to see: Tyson “the Gypsy King” Fury, the WBC champion, taking on Anthony Joshua, the WBA, WBO and IBF title holder. The super-fight would be a historic decider to confirm who really is the undisputed world heavyweight champ. 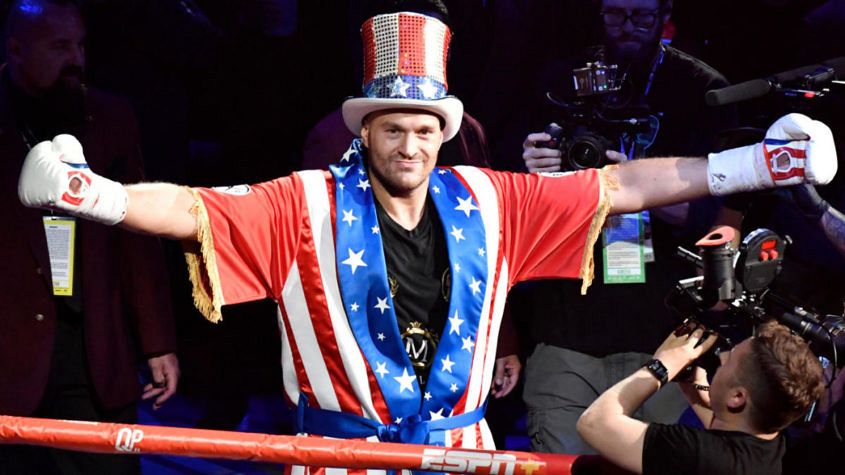 Will it ever happen? Unfortunately, given the tawdry machinations of the boxing world, nothing is certain. But to boost the chances of “the Battle of Britain” actually taking place, Time+Tide suggests the eventual promoter sticks some wristwear on the line for the winner. 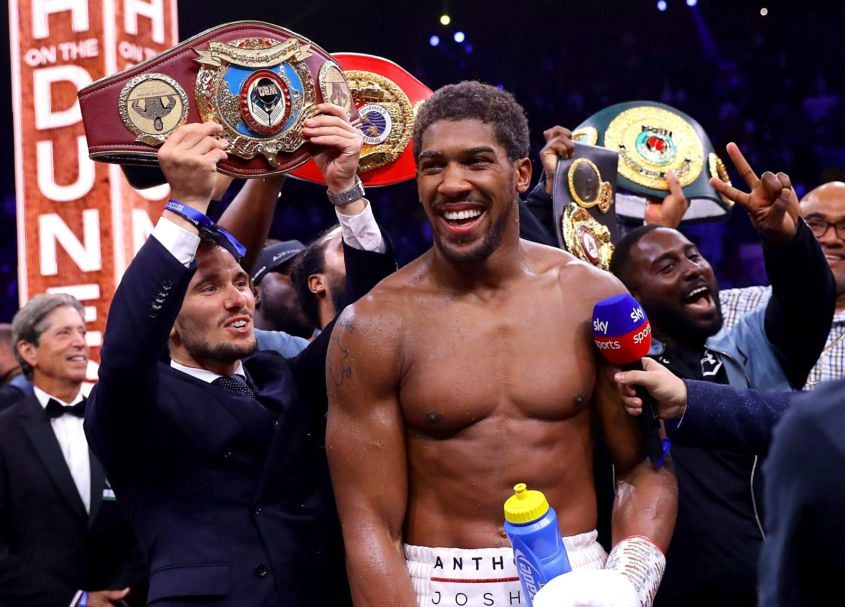 That’s because Joshua recently told Sky Sports that he has, in fact, once squared up to Fury before. His motivation for stepping into the ring? The chance of pocketing Fury’s Rolex.

“This was early on when I was an amateur and I didn’t know who Tyson was,” Joshua told Sky.

“I was reading in Boxing News he was going around London gyms asking if anyone knocks him out they get to keep his Rolex.

“Me and him had a straight war. We both have heart. I didn’t get to knock him out. He said afterwards: ‘Watch out for this kid, he will be champion of the world one day. And he got his prediction right.”

On reflection, it’s perhaps not surprising that Fury was game to dangle such an exorbitant carrot for a bit of sparring. The two-time heavyweight world champion isn’t shy of wildly big-hearted gestures. After his first fight with Deontay Wilder in 2018,  Fury donated his entire £7 million purse to UK charities to build homes for alcohol and drug addicts. 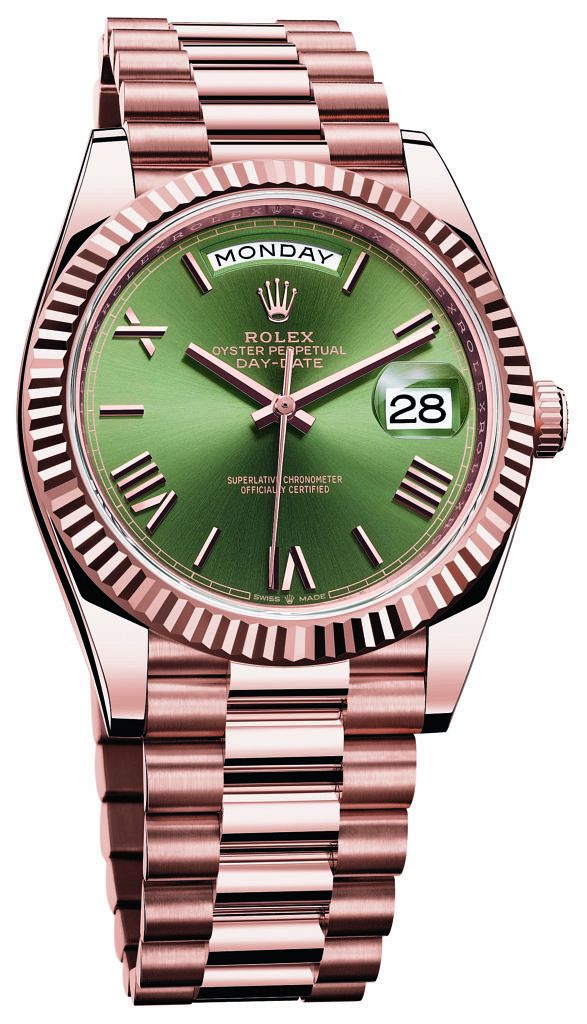 Sadly, we don’t know exactly which of Fury’s Rolexes was up for grabs back when he sparred with Joshua. But it’s unlikely to have been his beloved 60th Anniversary Rolex Day-Date 40 in solid 18k Everose gold with olive green dial, Ref.228235.

As Fury recently told GQ, he really loves that watch. “The only time that watch comes off is when I’m in training for boxing at the gym,” Fury says. “As soon as the gym is over, I’ll put it back on the wrist. I sleep in it, I shower in it, I swim in it, I eat in it.” (At least, he take it off to exercise. Unlike Conor McGregor who was spotted a week ago sharpening his reflexes in the gym while wearing his own Rolex Oyster Perpetual Day-Date 40 in platinum with an ice-blue dial.)

Focus on the task at hand with Bare knuckle pin pointers. 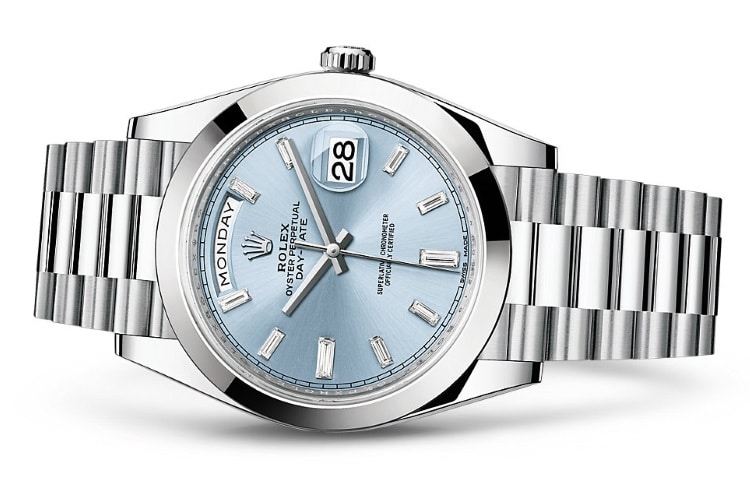 Anthony Joshua, on the other hand, is a die-hard Audemars Piguet man with a veritable forest of Royal Oaks. Despite banking more than £100 million by regaining the heavyweight world titles last December, the British sportsman doesn’t enjoy a particularly ostentatious lifestyle and still lives in an ex-council house with his mum. But the man does have a serious weakness for AP. 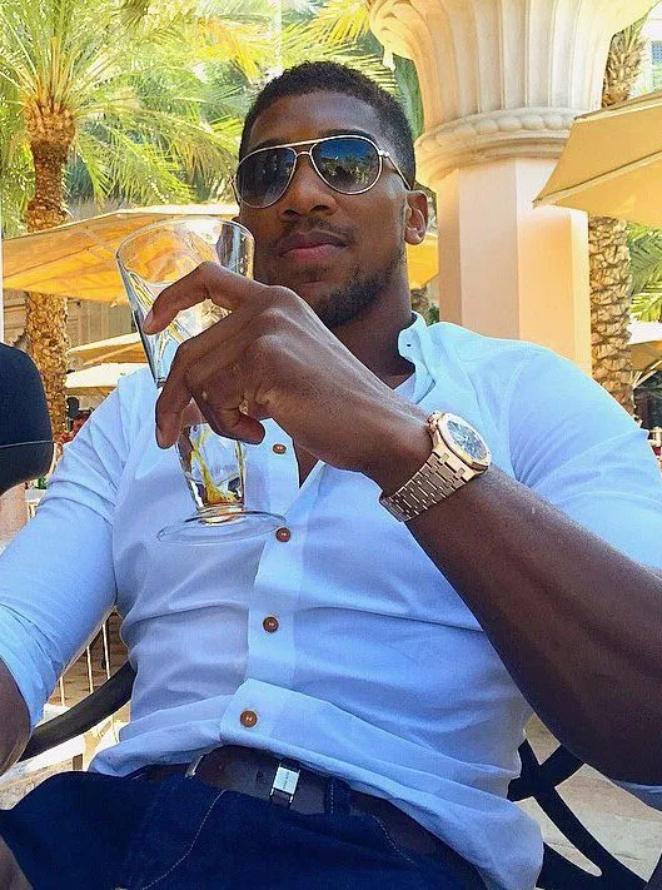 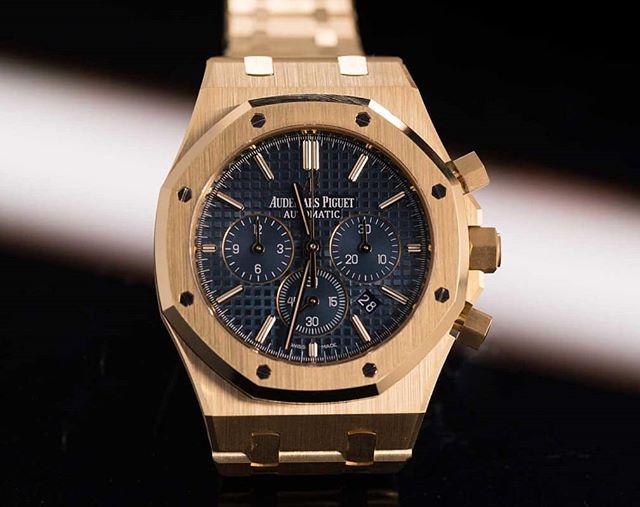 The Audemars Piguet Royal Oak Chronograph, one of many owned by Anthony Joshua

He’s happy to spread the AP love, too. In 2017, Joshua defeated Wladimir Klitschko in an epic battle at Wembley to take the WBA Super Heavyweight title. It was an incredible fight with both fighters suffering knockdowns – Joshua memorably got up from a huge right cross in the sixth that would have toppled a carthorse. The bout looked certain to go the distance but, eventually in the 11th round, Joshua felled Klitschko twice to stop the fight.

To celebrate his extraordinary win – for which he pocketed a reported £15 million – Joshua presented his entire team with Royal Oaks. The casebacks were engraved with a commemorative message: “Joshua vs Klitschko – Wembley April 29th 2017”. 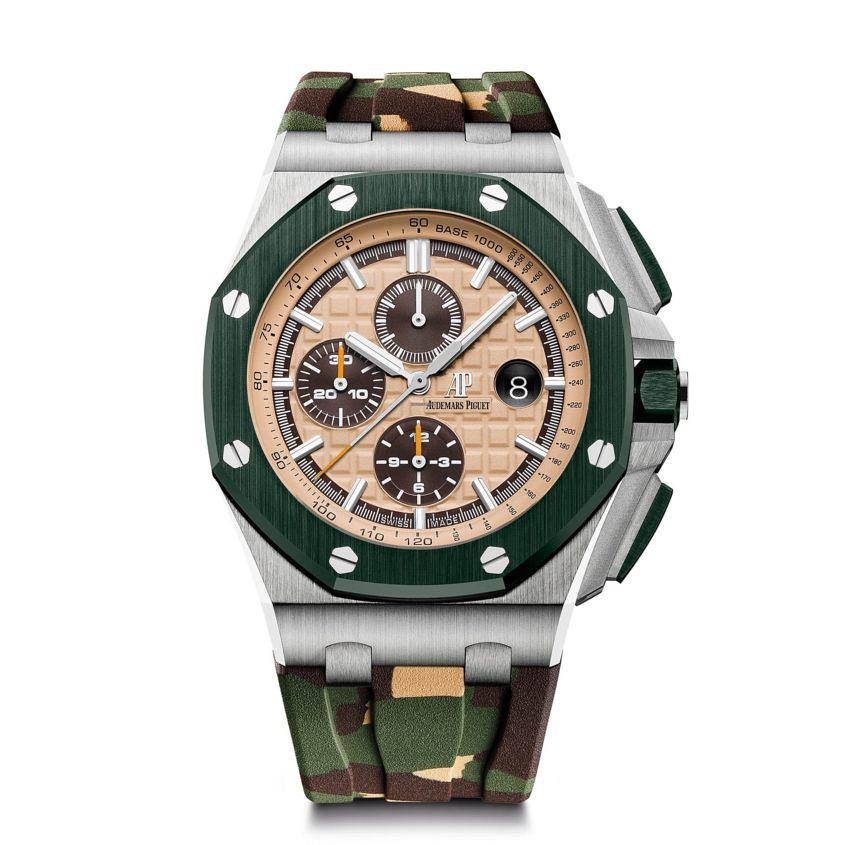 To be fair, if you’re going to develop a raging horological obsession, the Royal Oak is a deserving target. Designed by legendary watchmaker Gérald Genta – who, of course, also dreamed up the Nautilus – the Royal Oak was released in 1972. A revolutionary watch that essentially created the luxury sports watch category, it was instantly distinctive due to its octagonal watch case and steel bracelet conceived of as a single, integrated whole. You can read more about it here.

As a watch that’s both functionally sporty and classically stylish, the Royal Oak is also a fitting choice for Joshua who – in a business where trash-talk reigns supreme – carries himself with quiet dignity and poise. But his fascination with AP began almost by chance. 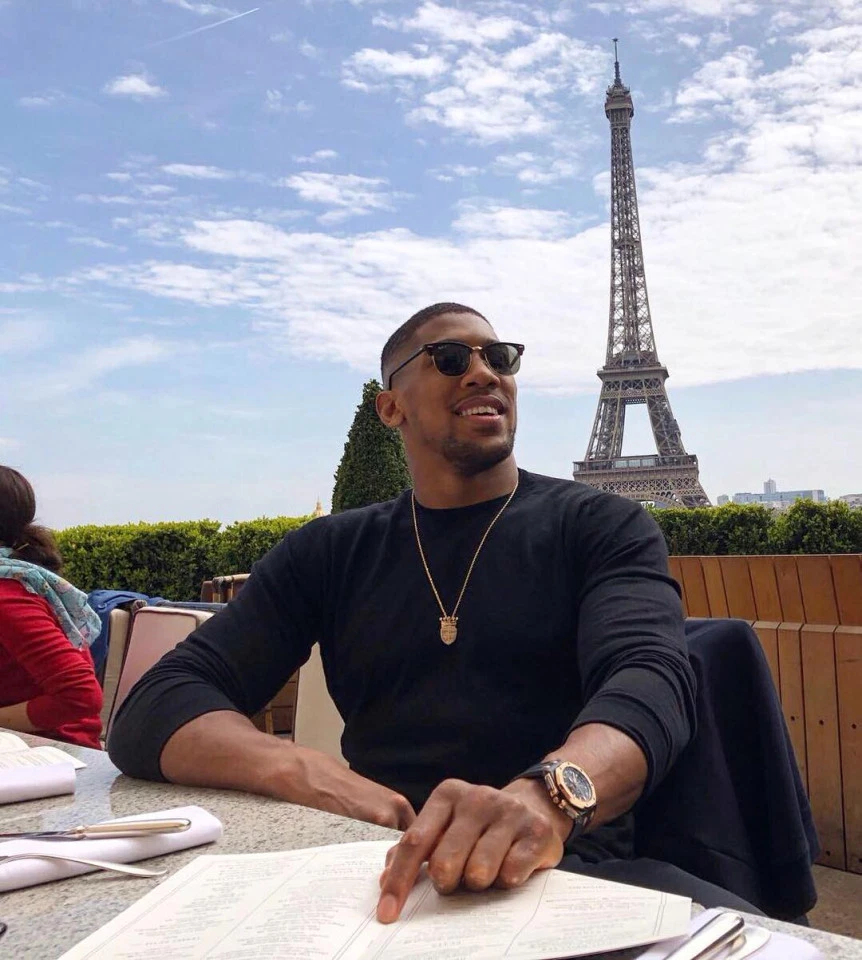 Joshua’s first serious watch buy was considerably more bling – a Cartier Santos studded with diamonds. But wearing it to an event, he copped some flak from a mate who teased him for wearing “a woman’s watch”. Stung by the insult, Joshua glanced down at the man’s own wrist on which nestled a pink gold Royal Oak. The boxer was immediately converted.

Today, the watch that Joshua is most regularly spotted in continues to be a pink gold Audemars Piguet Royal Oak Offshore that he famously sets 20 minutes ahead to ensure that he’s never late.

But AP seem to have got Joshua over his former hang-up about diamonds. His collection now includes a diamond Royal Oak Offshore Chronograph, factory-set of course.