Editor’s note: Hot on the heels of her imperious victory at the Adelaide Open, 2020’s Young Australian of the Year, Ash Barty, is continuing to carve her name into the annals of tennis legend, trouncing all of her competitors so far at the Australian Open with a spellbinding blend of grace and dogged determination. Barty is nothing short of a national treasure and an exemplar for how all athletes should go about their business, especially her fellow Aussie tennis players. Swiss watchmaker Rado recognises Barty’s greatness, and has been a long-term supporter of the tennis ace. The marque even created a limited edition watch in Barty’s honour to celebrate her meteoric rise to the rank of World No. 1. That watch is the Rado HyperChrome Ashleigh Barty Limited Edition, and in a very noble act of generosity, Rado has donated one of these limited edition timepieces, of which only 123 will ever exist, to Time+Tide’s “Watch & Act!” World Watch Auction in aid of the Australian wildfire crisis, and you can bid on that watch by clicking this link.

The latest young star to join the ranks of Rado is the Australian tennis player Ash Barty, who despite being only 23 has already reached the position of women’s world No. 1. What is most exciting for us, and her fans around the world, is that she has collaborated with Rado to release a watch this year, bringing us the Rado HyperChrome Ashleigh Barty Limited Edition, a white-hot watch that matches perfectly with the uniform of Wimbledon, which was her first junior Grand Slam win. While we obviously love Ash Barty because she’s an Aussie, we also love that she represents what an Australian sports person should be, with her humble nature and hardworking attitude. 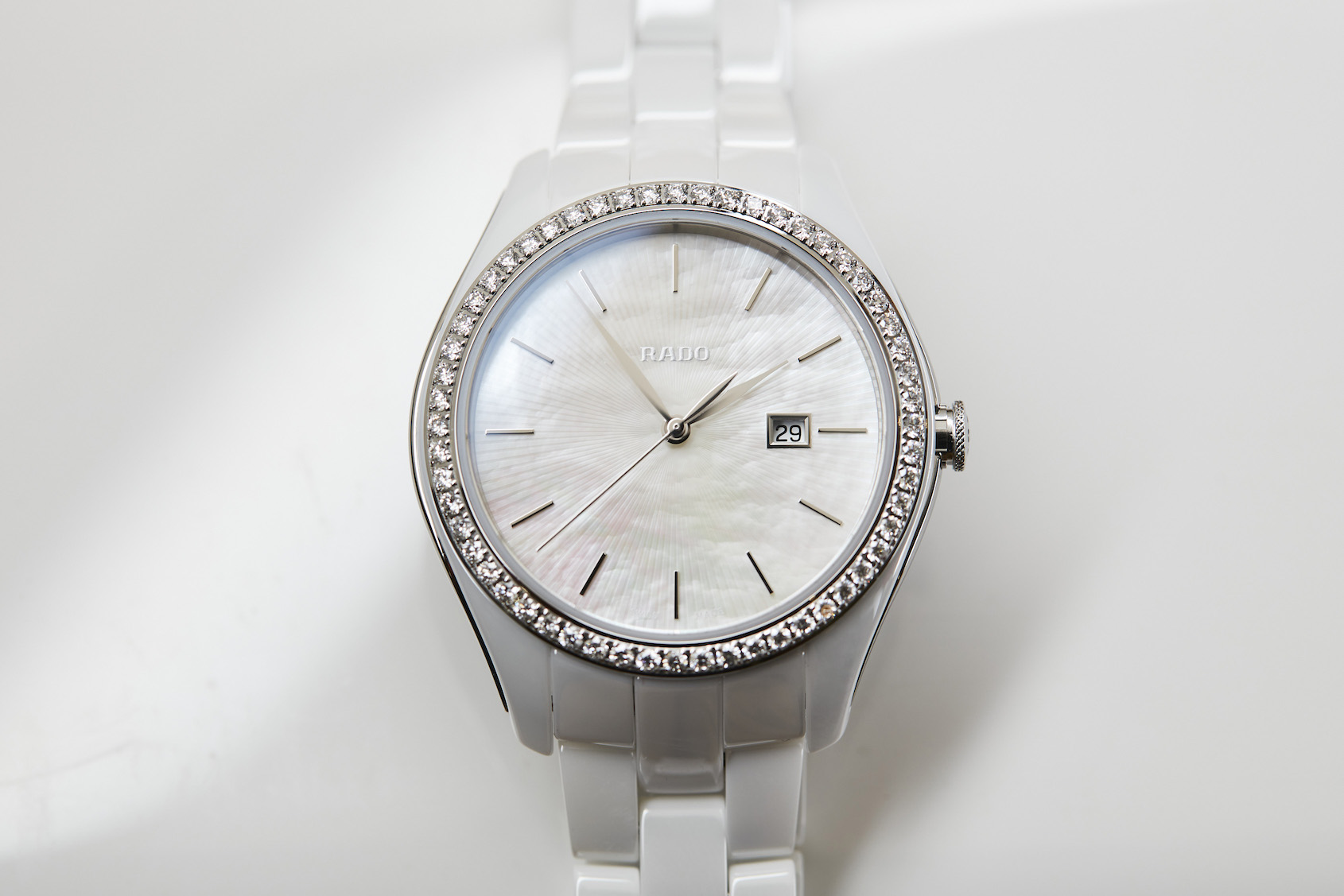 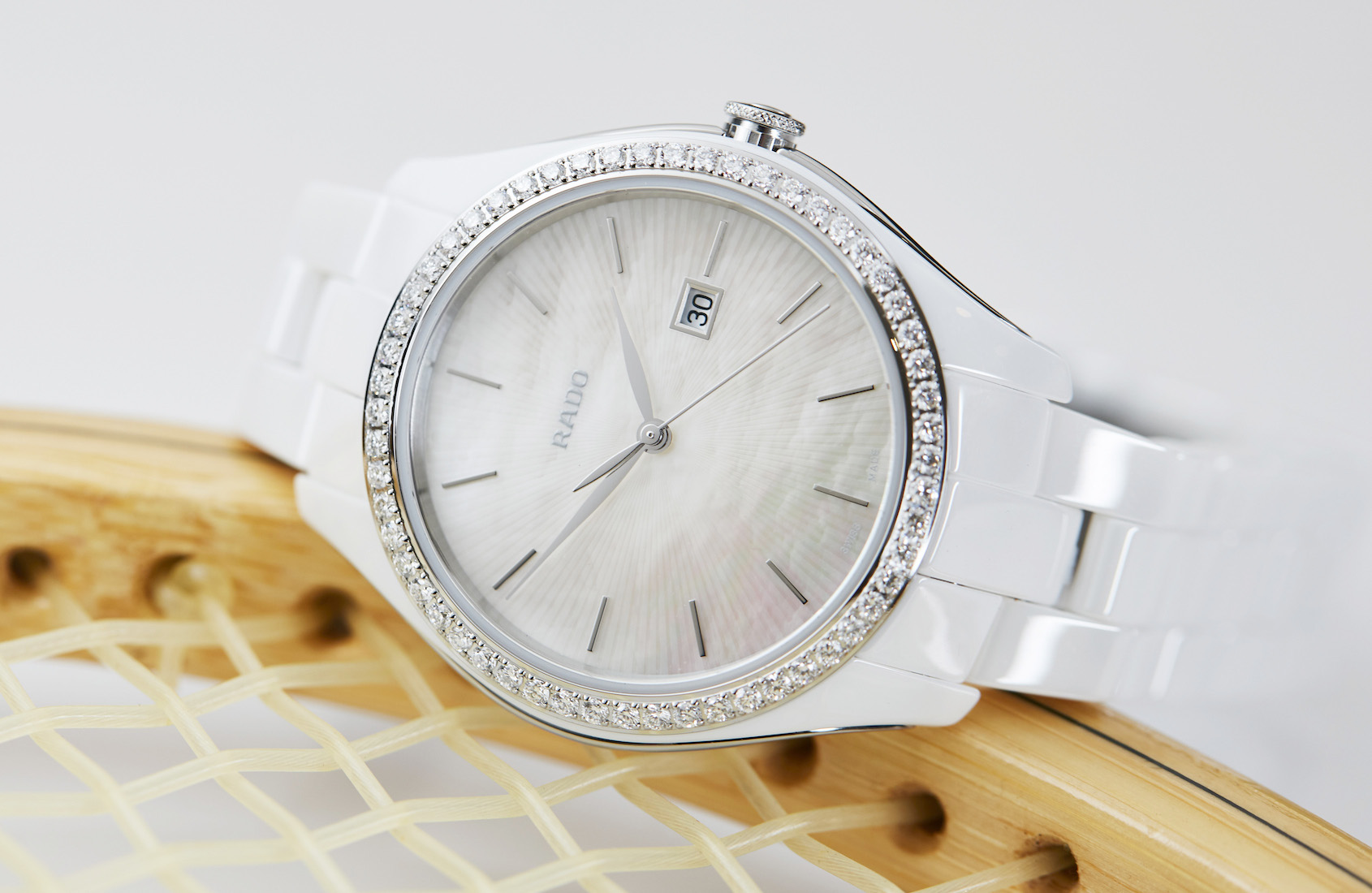 Ash’s career has been one of meteoric rise, and of a multifaceted athlete very rarely seen today, as she reached a ranking of junior No. 2 in the world at the age of 15 in 2011. It was only three years later that she decided to take an indefinite break from the sport, shocking the tennis world and the Australian sporting community. Reaching such heights at such an early age can often see young athletes taking a break from their sport, or retiring, thanks to the pressures they have to face, but Ash used her time away from tennis to become a professional cricket player, playing in the Australian domestic league, despite never having trained in the sport. After playing a season using a bat and not a racquet to send her opponents scrambling after her, Ash returned to tennis in 2016, having increasing success over the next three years, before she won the French Open in 2019, securing her place in the tennis history books. 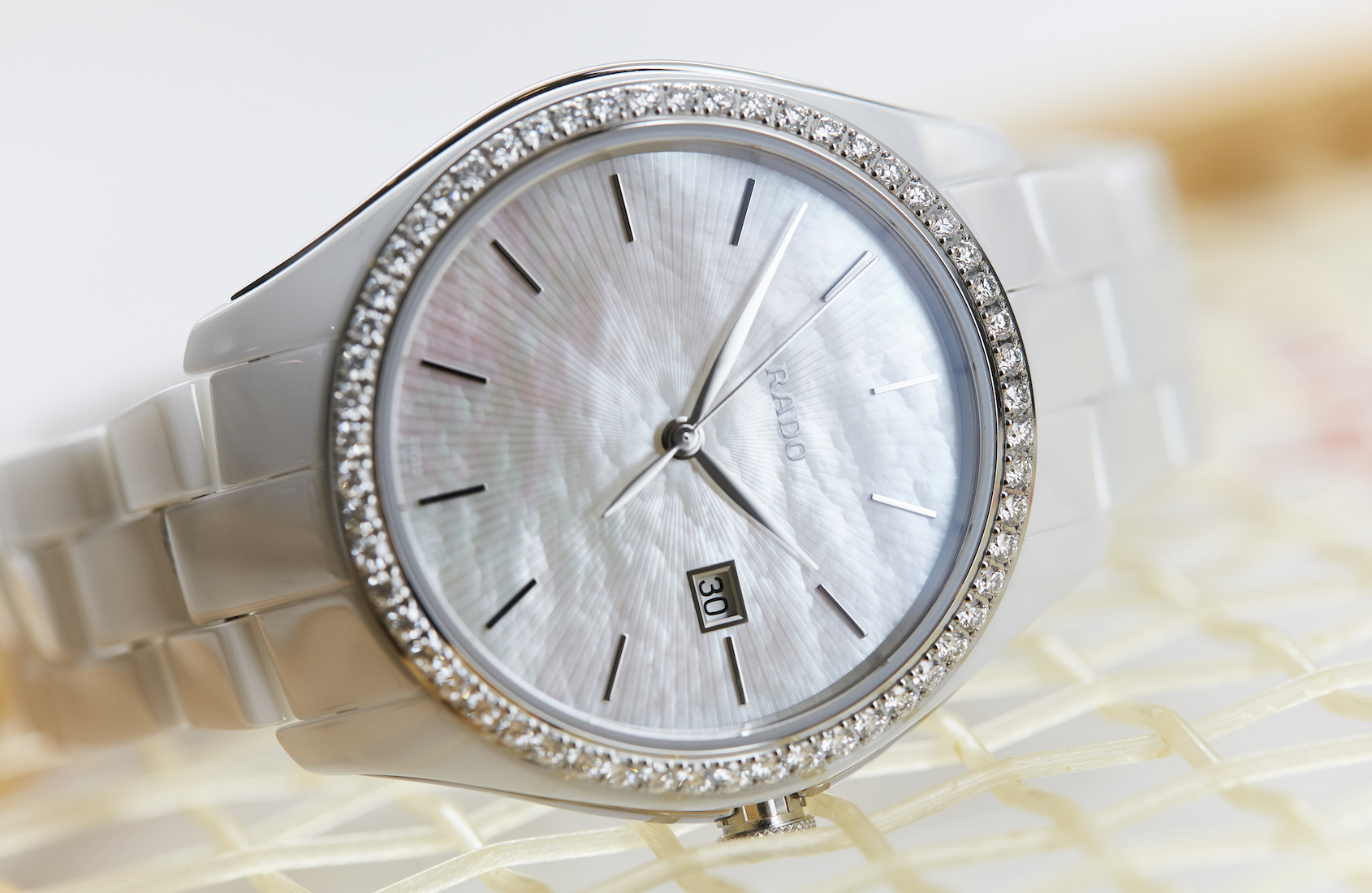 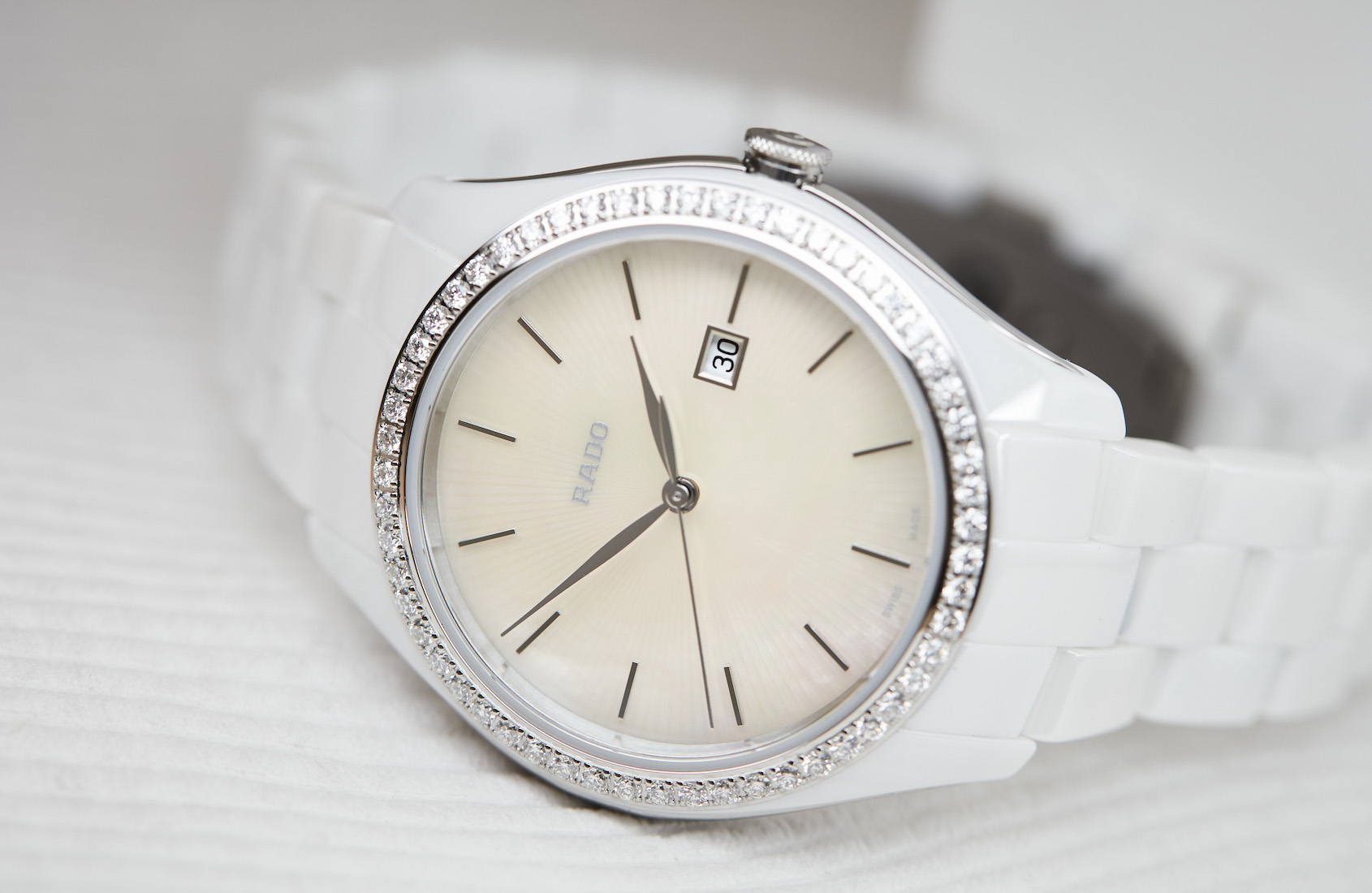 It’s even more impressive, considering how busy Ash has been on the court, that she has had time to do anything off the court, let alone design a watch with Rado, but that is exactly what she has done with the end result being a genuinely eye-catching piece. Taking advantage of Rado’s expertise in ceramics, both the case and bracelet of the watch have been produced in a polished white ceramic, with the case reinforced with stainless steel. The bracelet is finished with a deployant clasp for a snug fit, and tapers nicely into the 36mm case. The gleaming case is where the watch really shines, with the bezel fitted with 60 diamonds around the circumference of the dial, which not only draws the eye inward, but could also be used as minute markers. Once your eye has been drawn into the dial, you’re treated with the soft pearlescent glow of the mother-of-pearl dial, which has been radially spoked for emphasis and is only punctuated with a white date indicator. 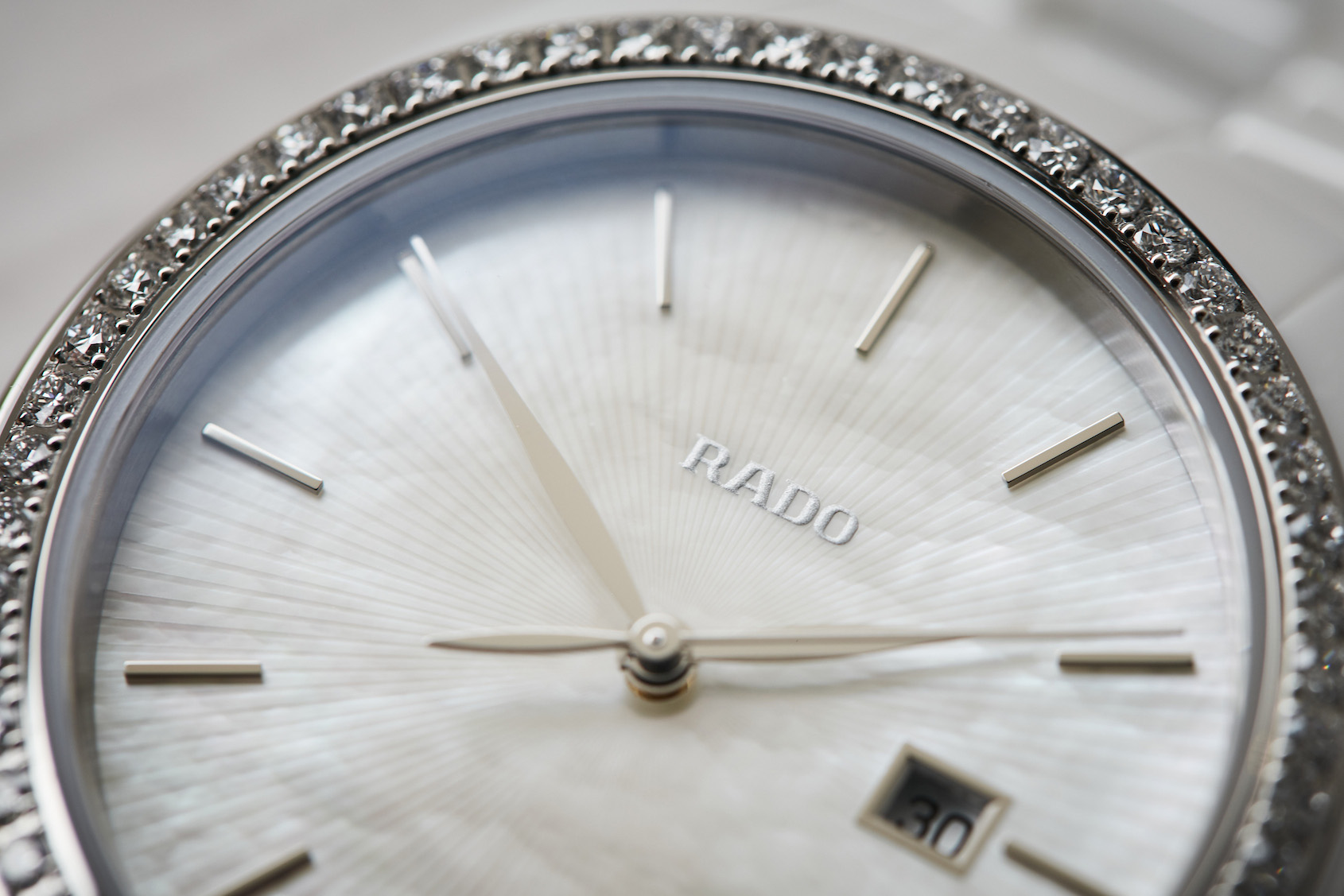 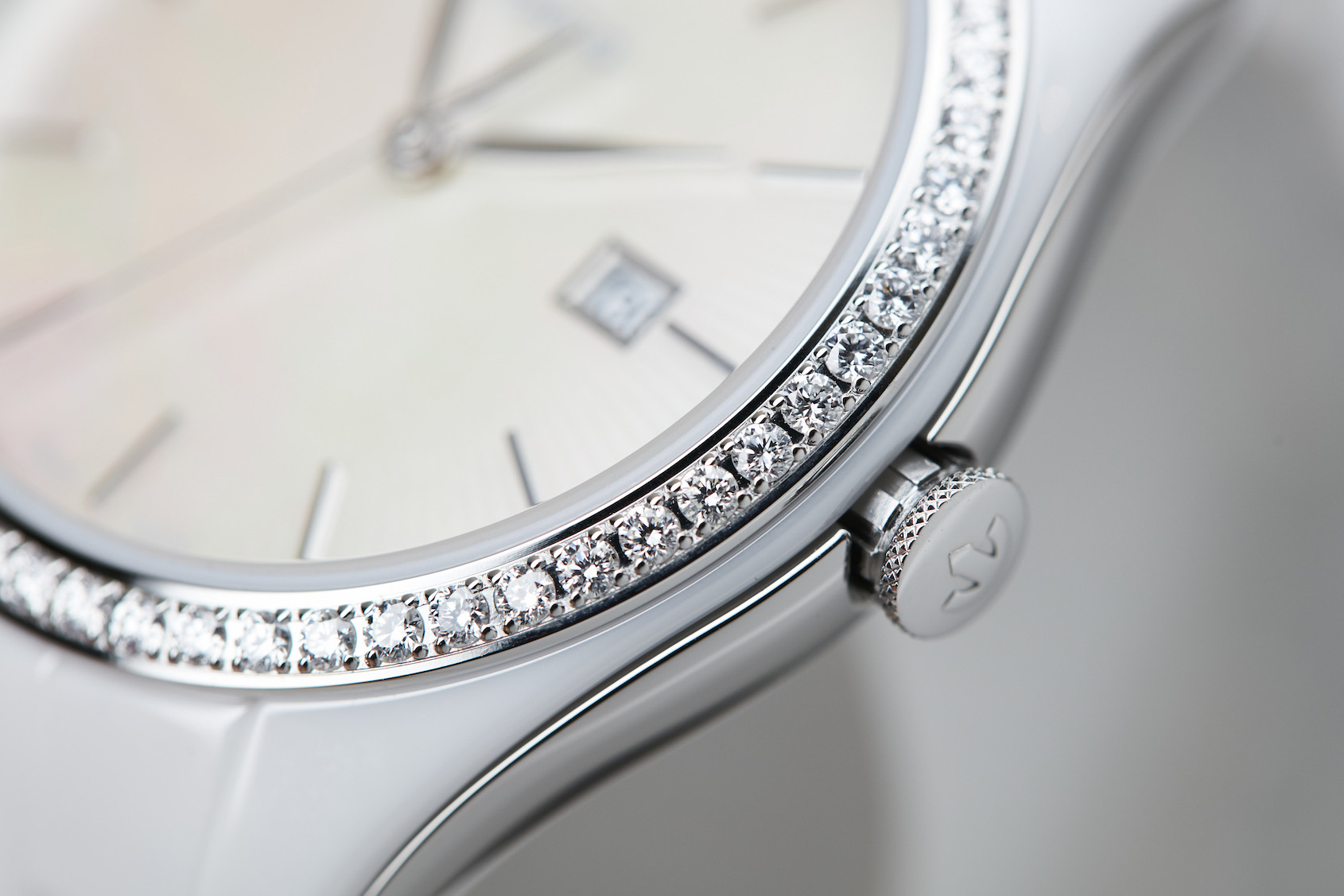 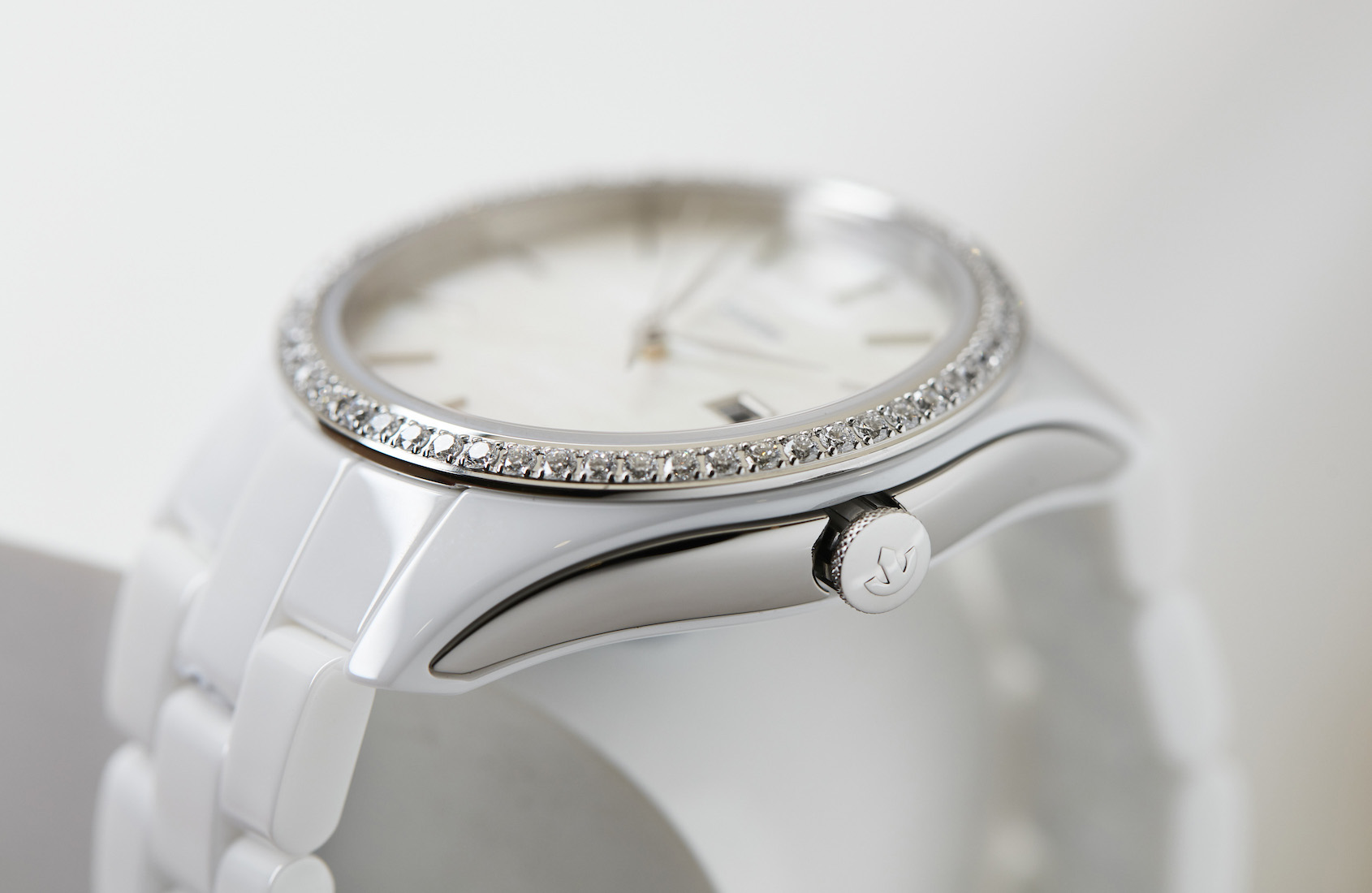 The case is kept slim thanks to the quartz movement that powers the Rado HyperChrome Ashleigh Barty Limited Edition, and the caseback is furnished with Ash’s signature as a reminder (if, for some reason, you needed one) of why this watch is so special. As a final touching nod to the career success that Ash Barty has had at such a young age, the watch is limited to 123 pieces, as Ash reached the world No. 1 position at the age of 23. 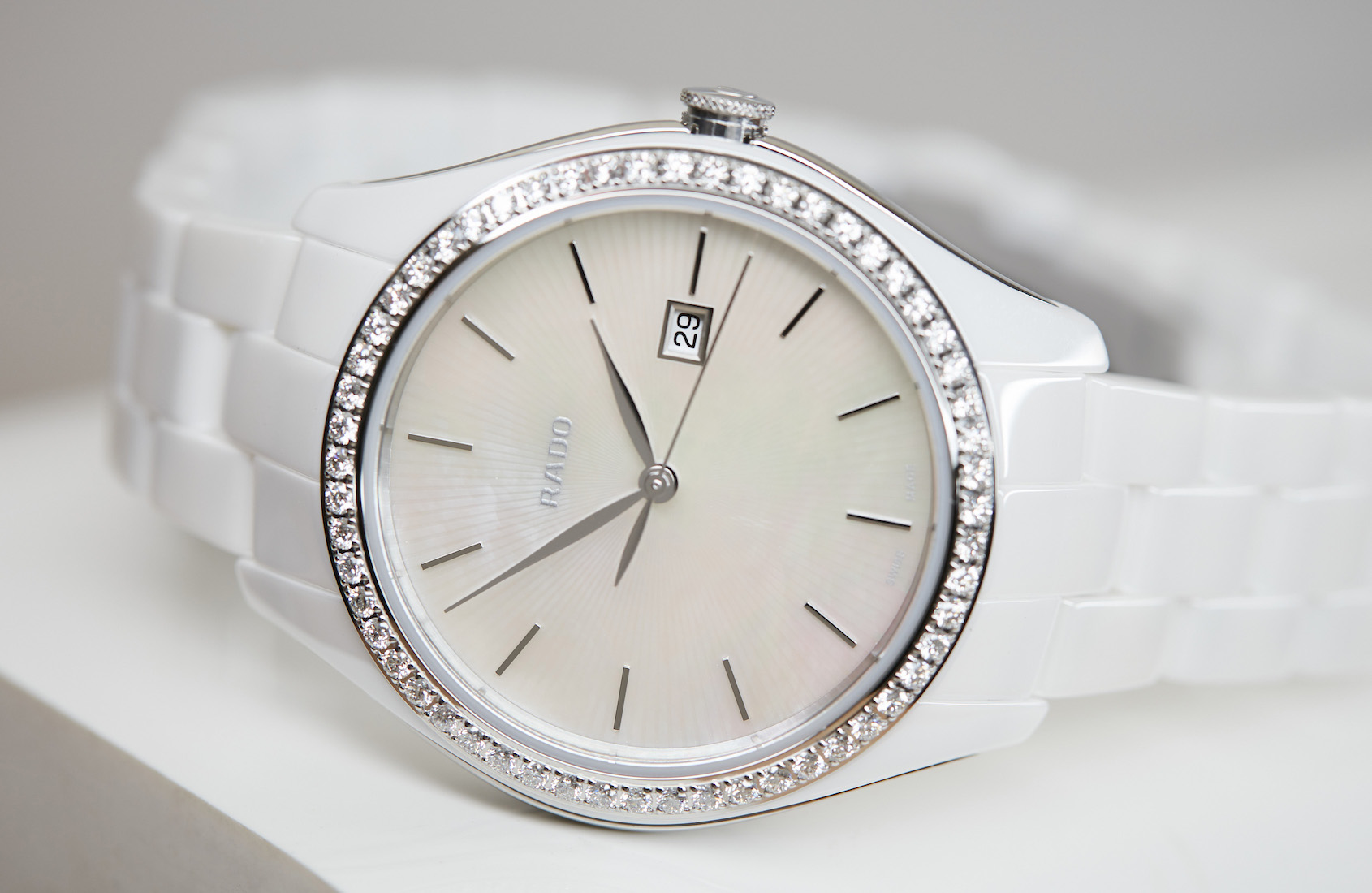