When you think of iconic Formula 1 liveries, the John Player Special hues of black and gold gracing Lotus’ cars through the ’70s and ’80s must surely come to mind. While the boosted, turbo monsters like Ayrton Senna’s 98T roared the streets of Monaco, Heuer was the name of the game in terms of wristwear. Just think of Siffert, McQueen and Andretti, all lending their names to famous Heuers of the past. As Jeff Stein of everyone’s favourite Heuer reference, OnTheDash, points out, it was Ronnie Petersen who deserves to have his name attributed to a particular Heuer, the yellow gold Carrera reference 1158 CHN – you can read that story here. Coincidentally, it is that same watch, as well as the famous John Player Special livery, that inspired today’s new TAG Heuer Carrera release. 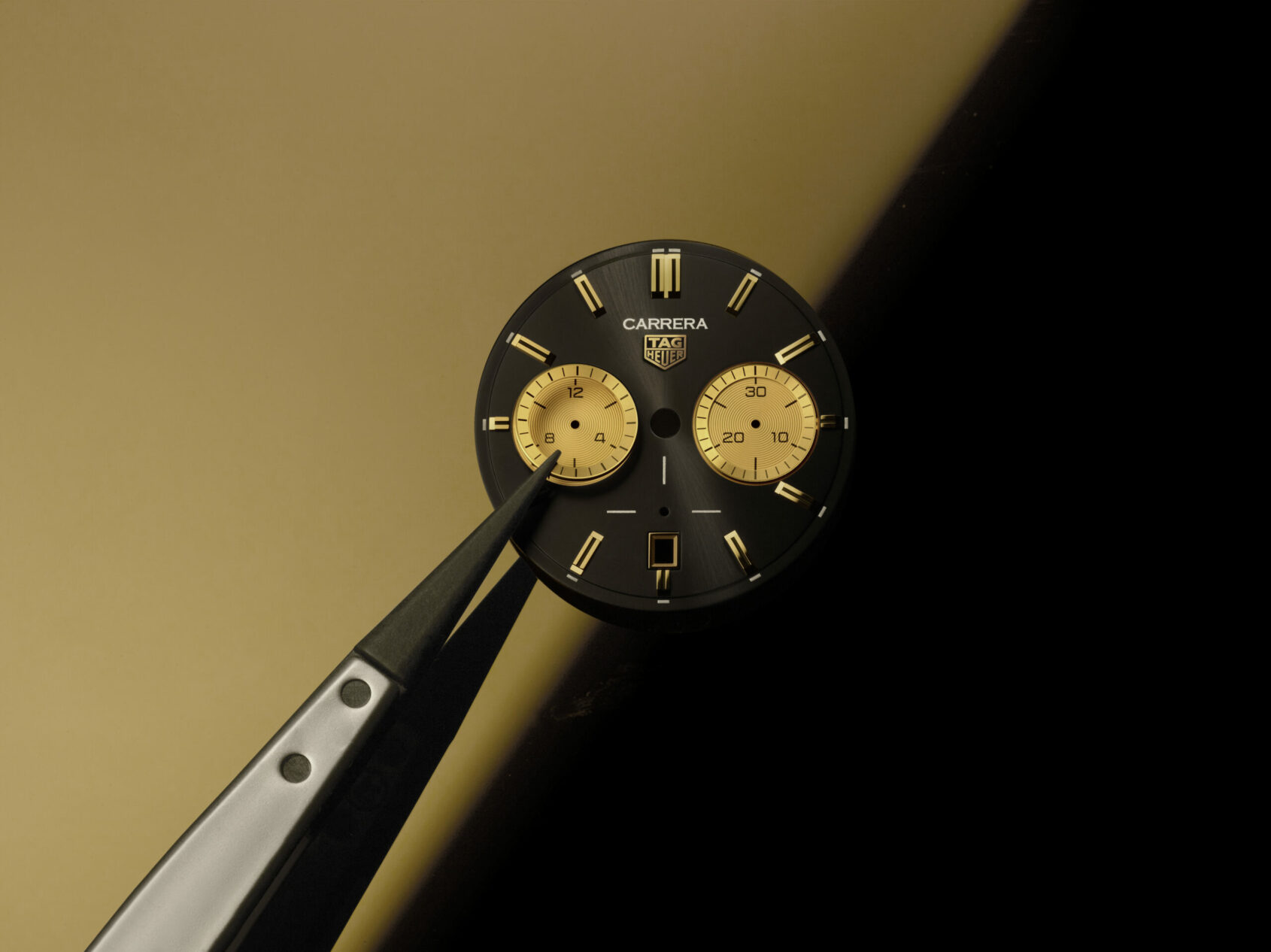 While the 1158 CHN featured a two-register golden panda layout, the new Carrera inverts this, for a more subtle take. Compared to the unique re-release of the 1158 CHN sold at Bonhams a few years ago, the current Carrera Chronograph certainly benefits from this toned-down colour scheme. 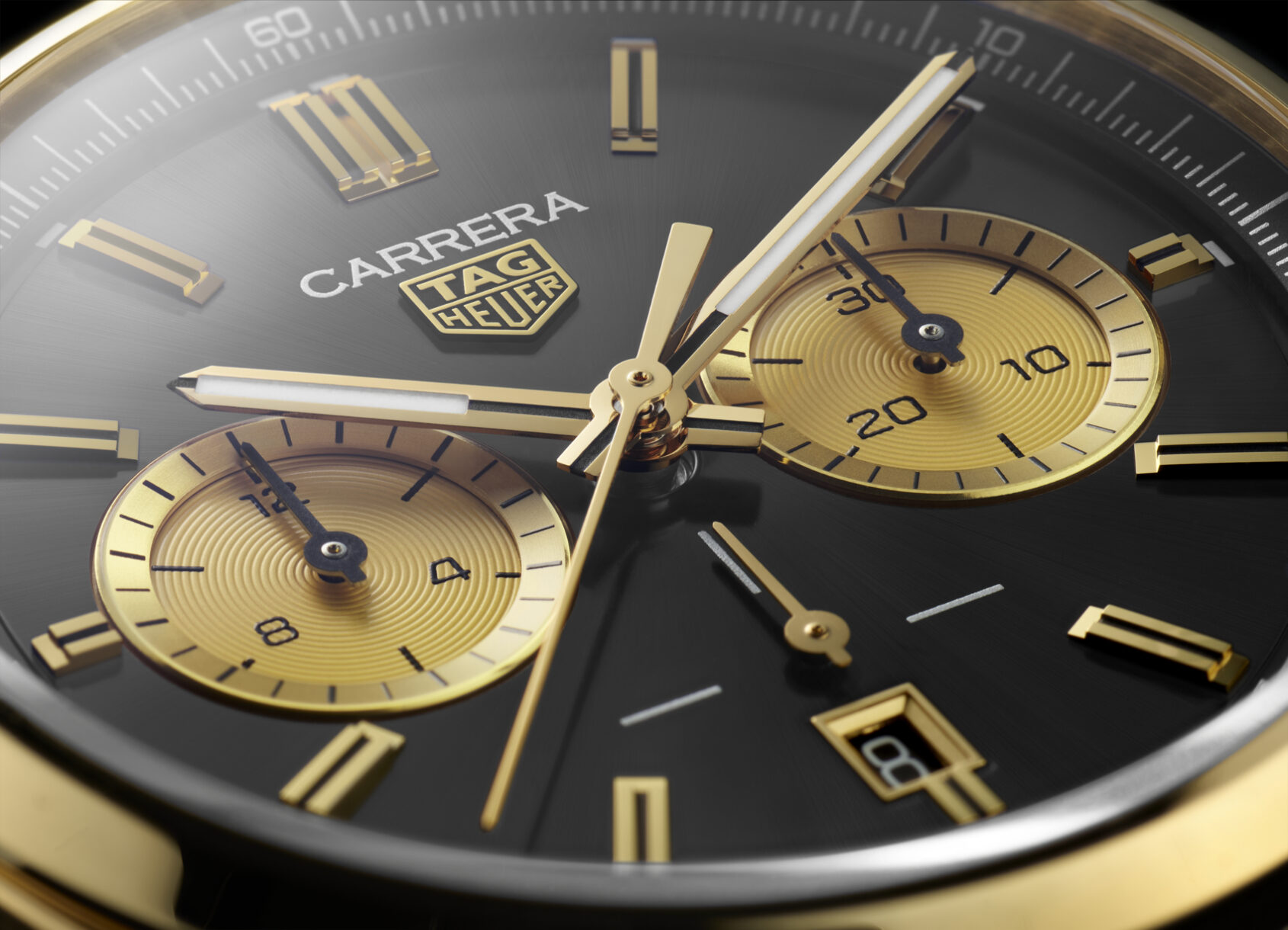 The faceted gold indices and hands look especially sharp against the sunray black backdrop. TAG Heuer once again employs the pseduo-two-register layout, dedicating two gilded sub-dials for the chronograph totalisers only, while the running seconds glides over the symmetrical, tonally matched date window at 6 o’clock. My only wish would be to see the white touches of the running seconds and Carrera text become gilded too. 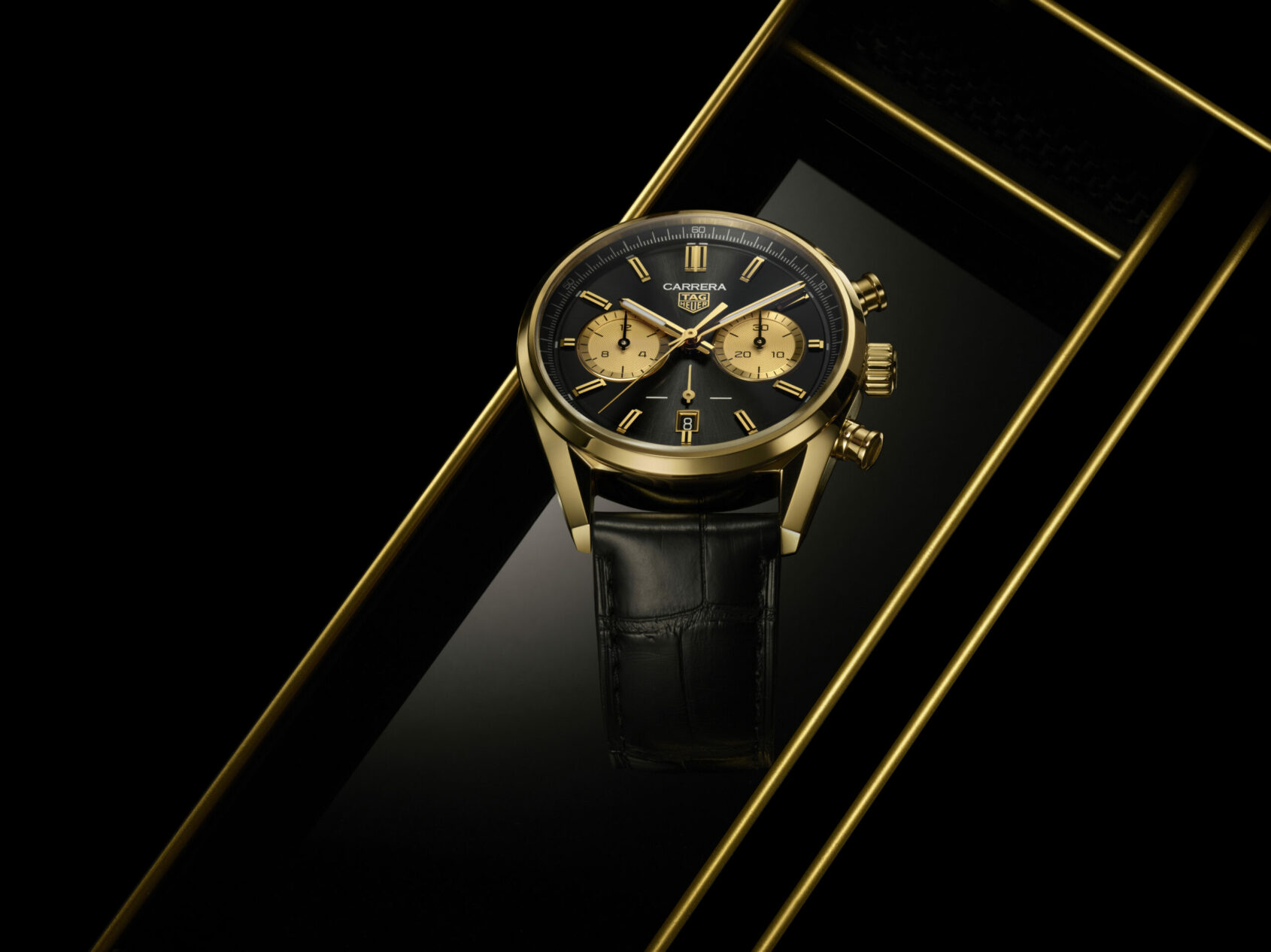 The highly polished case of the current Carrera Chronograph, complete with its sharp facets, seems the perfect candidate for a rich, gold finish. We’ve seen a pink gold take with the recent Carrera x Porsche RS 2.7, but while that was a distinctly sporty, quirky design, the yellow gold Carrera is a different story. Decidedly more serious, the 3N yellow gold and black combination really exude class – and that’s coming from someone who’s not into gold 99% of the time. 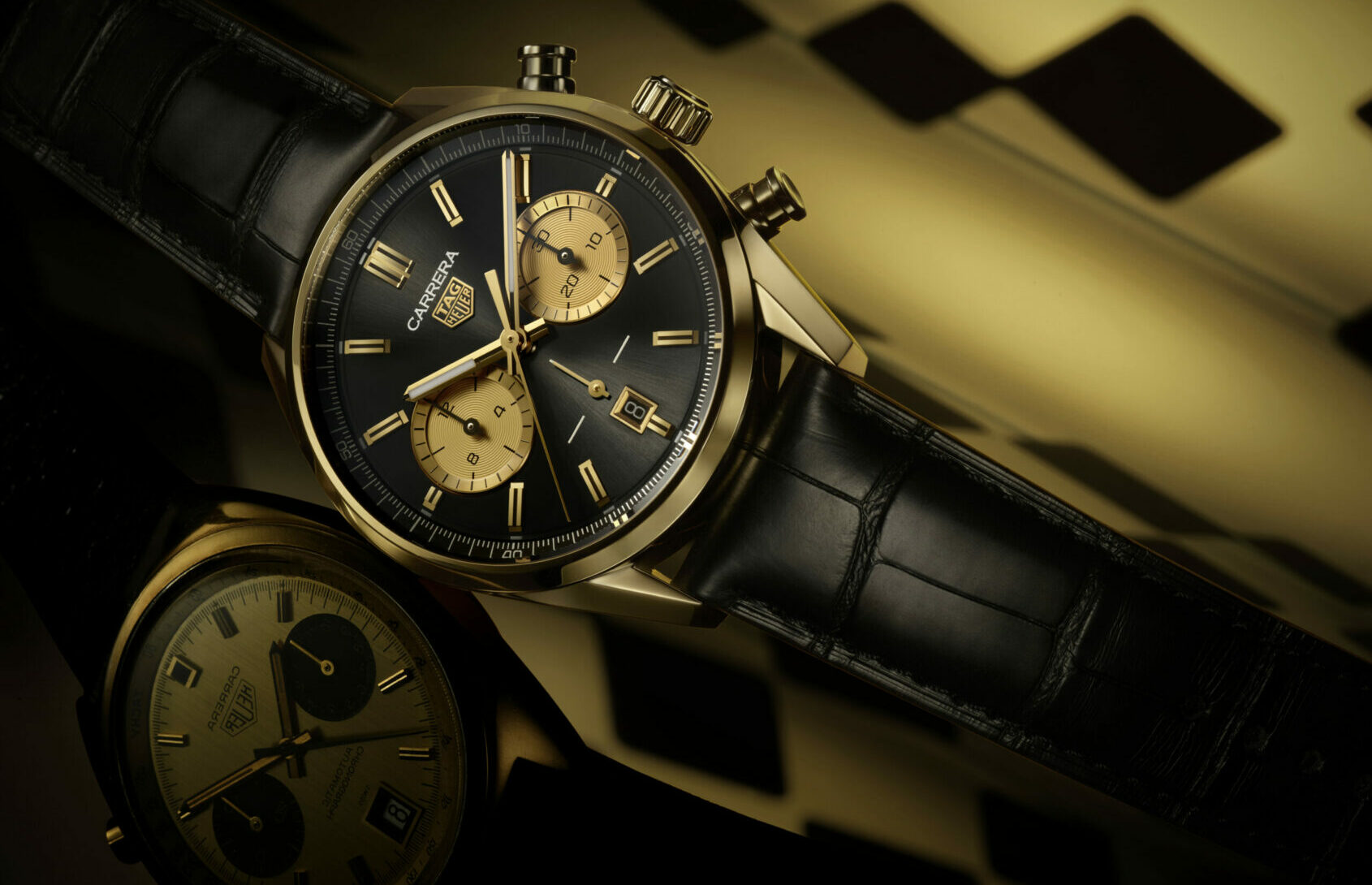 Dimension-wise, it’s the familiar 42mm case we’ve seen many iterations of since its 2020 release, with a thickness of 14.48mm. Employing a sapphire sandwich construction, the top crystal is faceted and treated with AR coating. The screw-down caseback and push-pull crown and pump pushers account for 100 metres of water resistance.

Proven performer, with some gold touches

The Heuer 02 ticking in the back of the Carrera is no surprise, as it’s powered the model since its release. With 80 hours of power reserve and a column wheel-operated chronograph, it’s a fitting choice for this style of watch. Nevertheless, TAG Heuer jazzes it up a little, with the black, Côtes de Genève-adorned rotor engraved with gilded text, instead of the usual red. The same goes for the column wheel itself, sitting just above an engraved TAG Heuer logo, also in gold.