The new M.A.D.1 RED brings the coveted MB&F project to a wider audience

Usually the hottest watches of the year have huge launch events, major press conferences and keynotes, and sizable social media and marketing campaigns. But last year, like Beyonce dropping a surprise album, the team at MB&F introduced one of the most desired timepieces of the year – except it was not a watch just anyone could buy. While not a MB&F horological machine, once #watchfam learned of the existence of the M.A.D.1, when it was released last June, it became immediately clear that many would have loved the opportunity to be able add one to their collection. But, unfortunately the watch was not for everyone. With only a few hundred produced, they could not make them accessible to everyone. Therefore they reserved the production run for two groups of people. The first were those they call officially “The Friends”: the over 100 suppliers who have helped them create all their MB&F Machines all these years. The second group was comprised of owners of MB&F machines – known officially as members of “The Tribe”, the patrons who have supported the brand and their endeavors. Today, however, there is great news. A new sequel, the M.A.D.1 RED, has been realized, and in a quantity that will allow more people around the world to acquire the unique and creative timepiece. 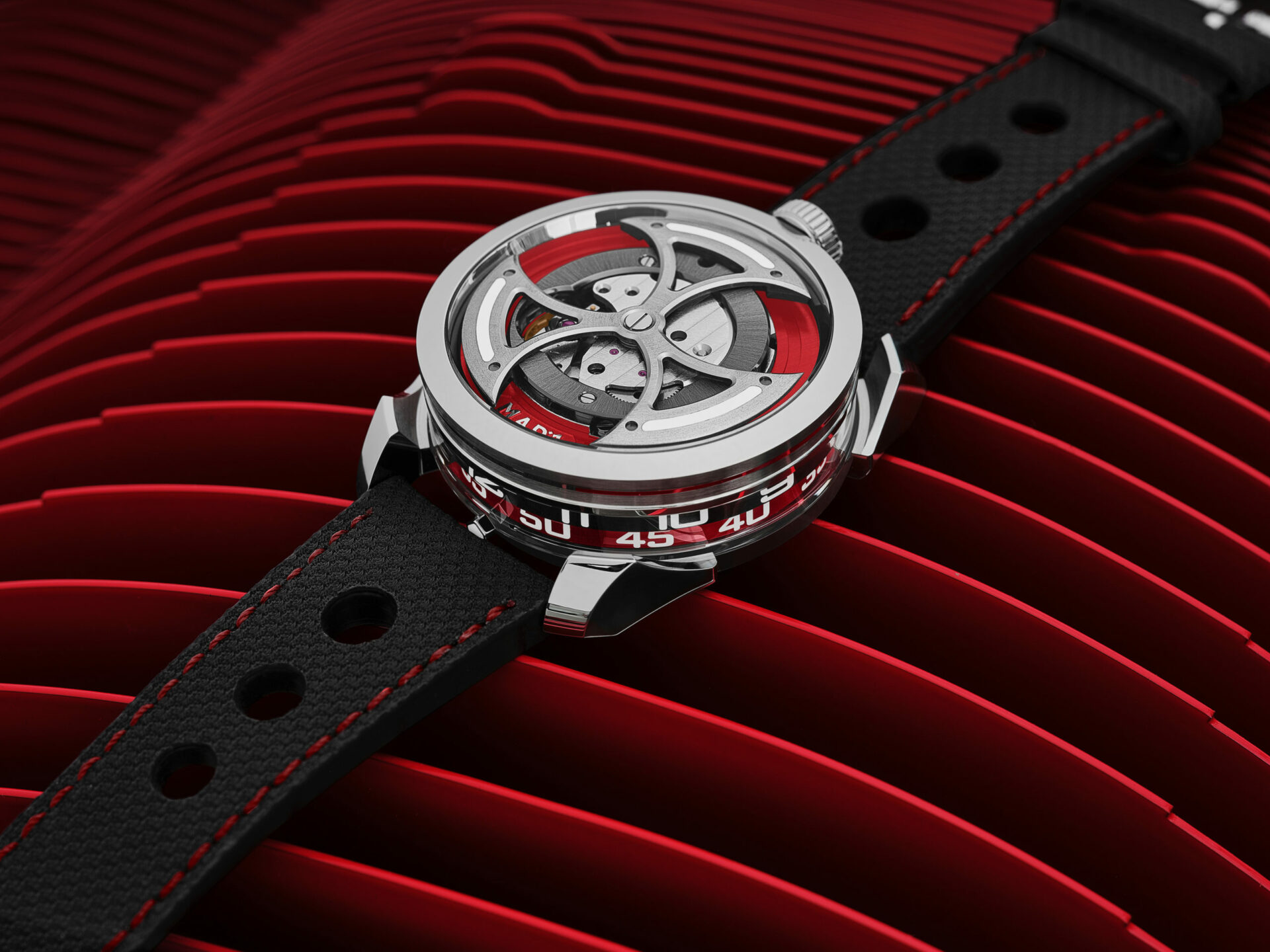 Again, the watch is not technically an MB&F. But it is fair to say that its distinct design shares the boundary pushing spirit MB&F is known for. While a separate endeavour altogether, many, myself included, view the M.A.D. Editions side project as an approachable means to own a watch that is realised by the same team that designs MB&F horological machines. And the numbers don’t lie, the association is powerful. The M.A.D.1 released last June, while against the mission statement of the edition series, has, at times, found its way onto the secondary market – with many of these listings commanding asking prices around $20,000 USD, nearly ten times its original cost. A piece unique pink variant was created to support the Pink Dial Project Charity Auction, and its final hammer price soared well past its $2,500 USD estimate with a result of a whopping $172,000 USD generated for breast cancer research in the single lot alone. 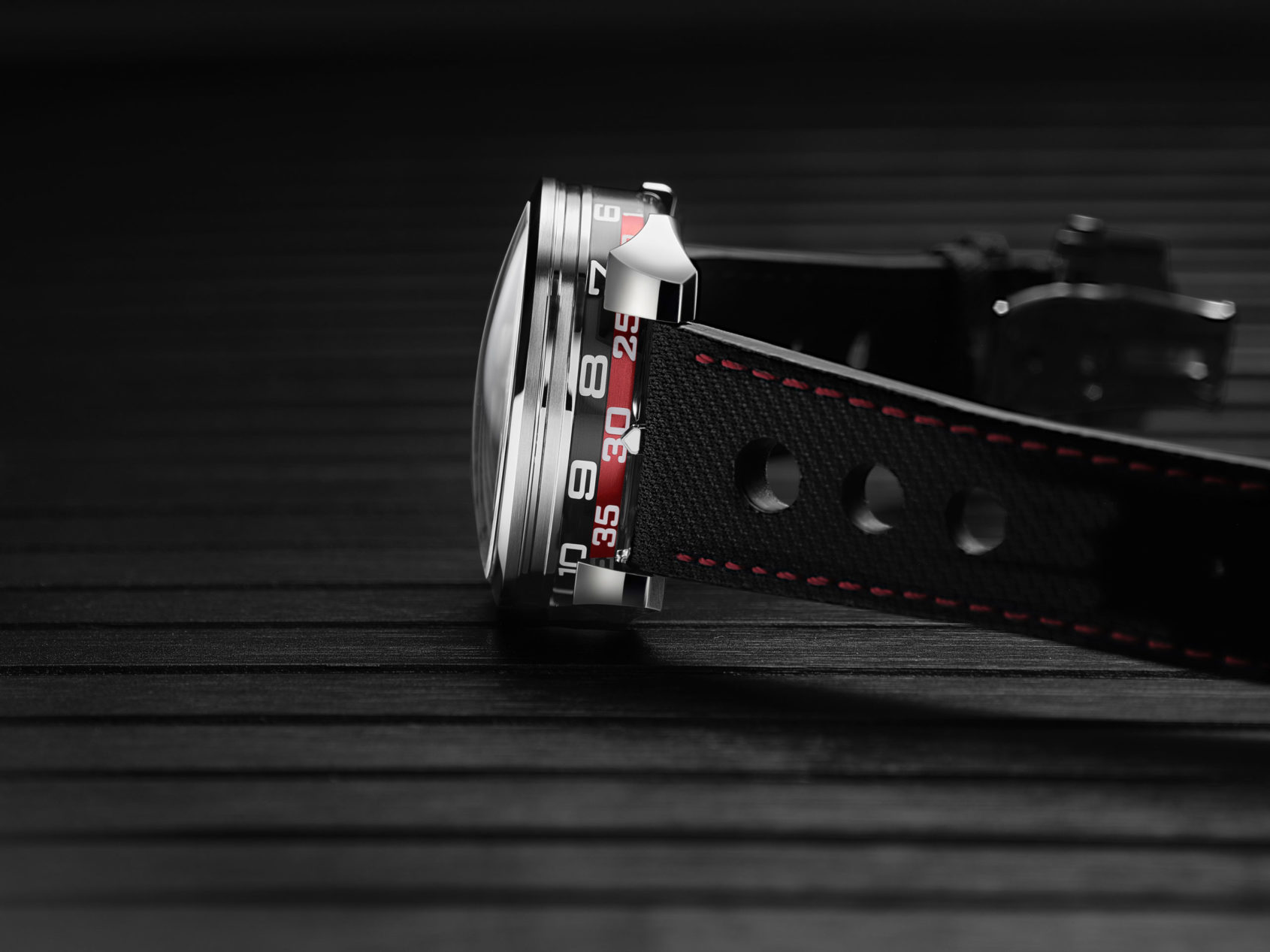 So, it is abundantly clear that the market has a hunger to score one of these watches. For those unfamiliar, the watch’s design stands out through its inversion of the Miyota movement, and its winding rotor, made visible on the dial side of the watch. Instead, the hours and minutes are indicated via laterally rotating aluminum alloy discs within the caseband, a small pentagon shaped index which clarifies the current time. But, returning dial side, the winding rotor in action is an absolute joy to watch. As a uni-directional winding movement, the rotor is able to rotate at incredible speeds – an incredibly artistic and luxurious fidget spinner on the wrist. The other really neat design element is its ample use of luminescent material, embedded into each wing of the titanium tungsten rotor, the hours and minutes numerals, as well as the pentagonal index. 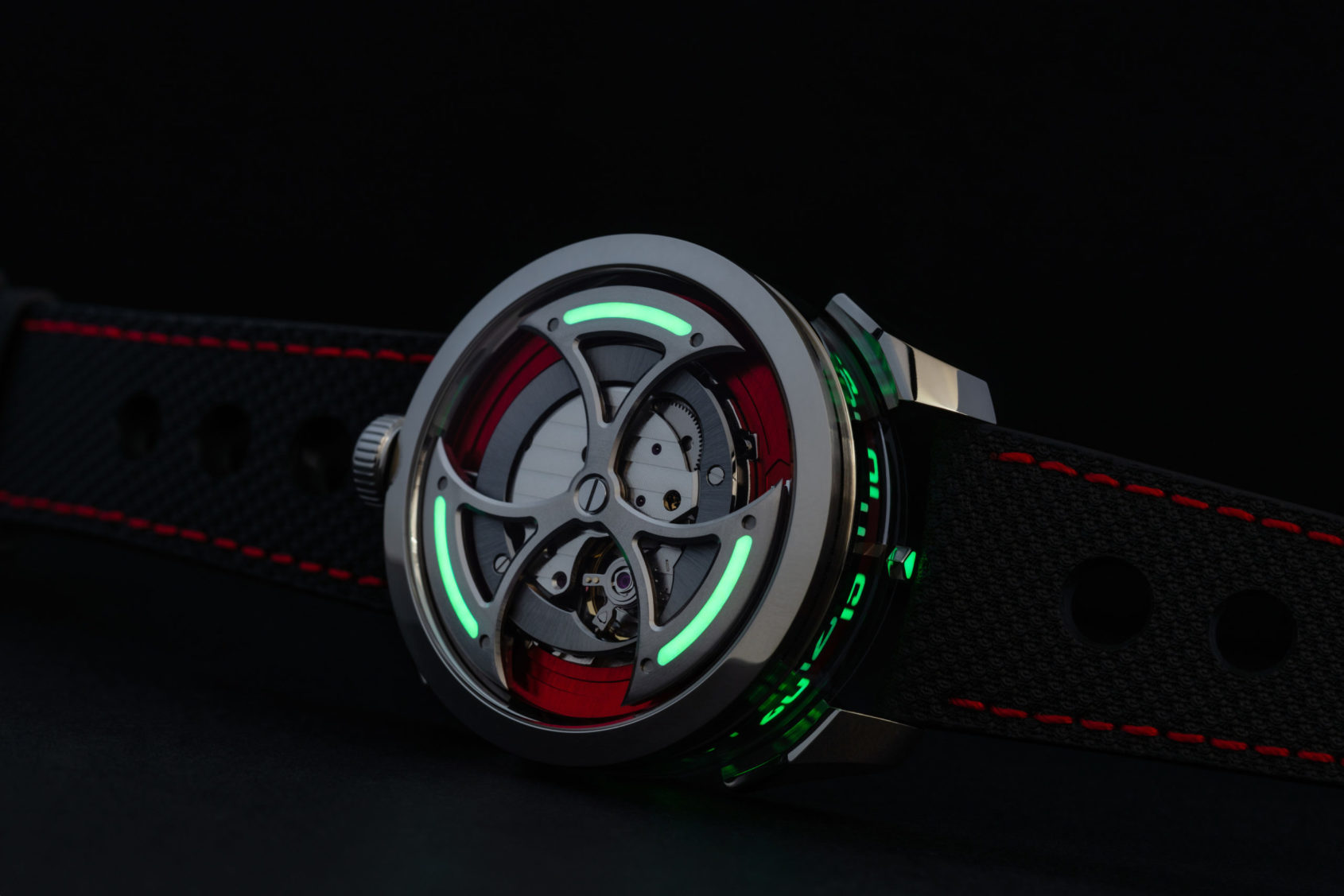 This new take on the 3 ATM water-resistant 42mm stainless steel watch is not simply swapping the blue discs with a vibrant cherry red. Its design has been subtly refined in its second iteration, with the bezel now a tad more slim and a new crown design. The winding and time setting is now done with a more classic, round winding crown that will be easier for most to use. 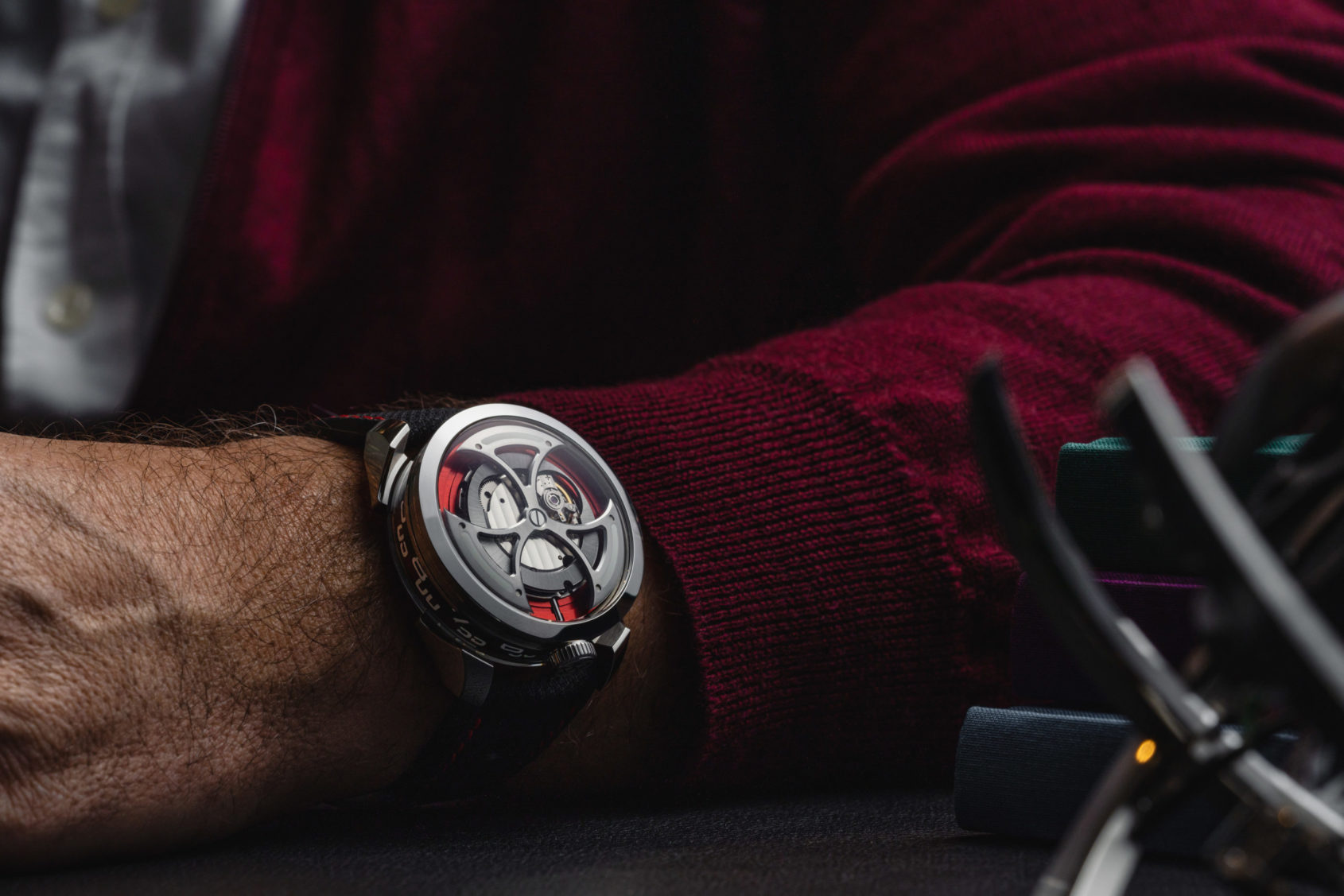 With such overwhelming interest in the initial edition from last year, the tricky part of releasing this RED successor is how to best allocate and distribute the watch. Those who have already written and registered their interest with MB&F since last year will get priority access to the piece, but MB&F is making it available to the larger public via a lottery which opens today.

Max Büsser explains in his video announcement: “We’ve had endless discussions with the team and come up with what we think is the fairest solution. First, among the countless reactions of the last 10 months, some of you actually took the time to write and send us an email. We’ve been carefully registering those written interests, and we’ve decided that they get first priority. There’s no obligation of course, but we are first contacting them to check whether they’d like to place their order, within the next 10 days.” 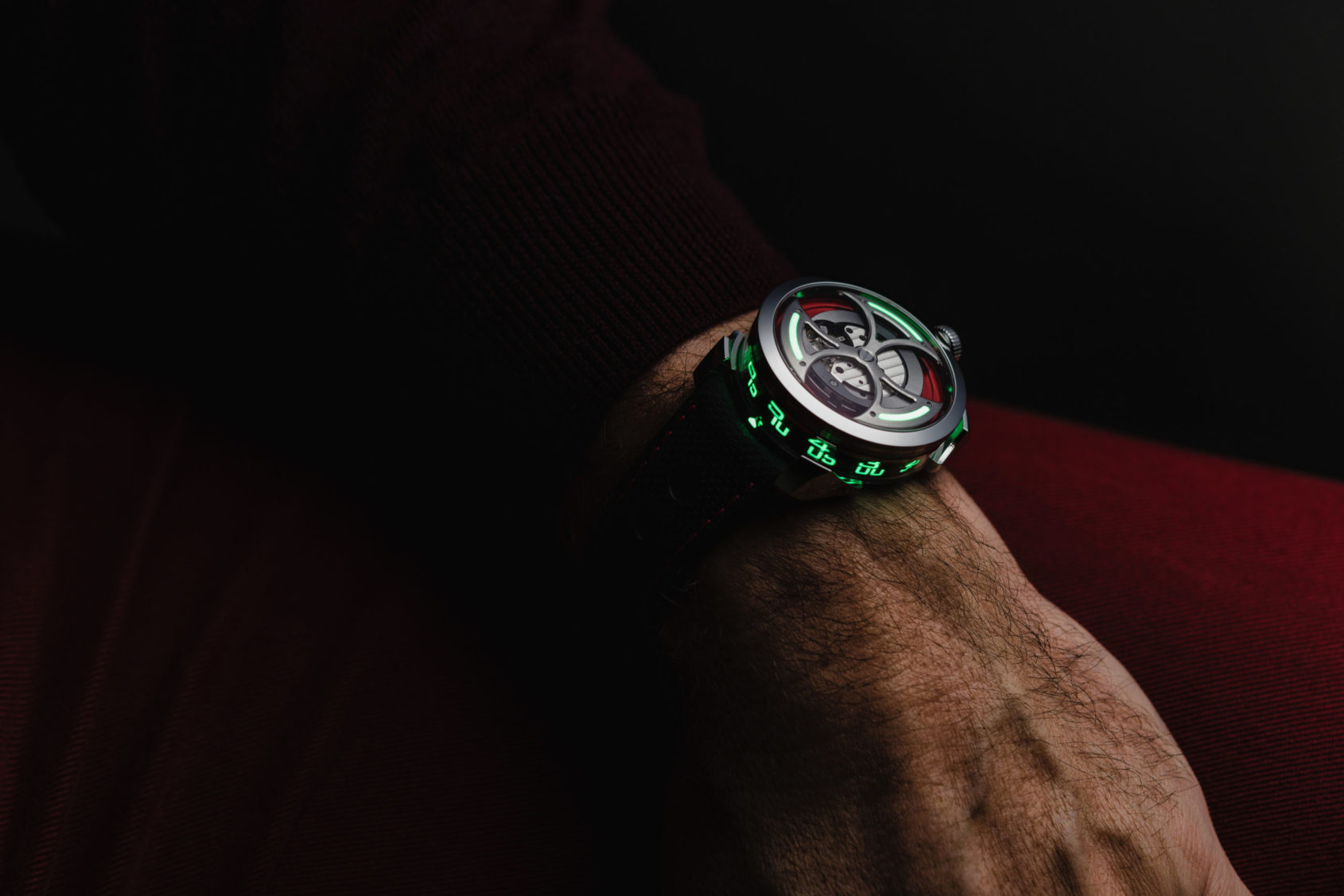 If you have yet to email your interest in future M.A.D.1 projects, there’s no need to try and write to them now as they have since closed that list. But do not stress and succumb to heart-crippling FOMO just yet. The M.A.D.1 RED will also be available for order via a public lottery as well. Max Büsser explains: “Once we have the confirmations of the priority orders, we’ll then take all the remaining M.A.D.1 RED pieces available, and allocate them to a lottery, open to everyone. If you’re interested in participating in the lottery, which is of course totally free of charge, please go to our eShop to obtain a lottery ticket – and relax, there’s no rush, you have the next 2 weeks to get a ticket. After two weeks we’ll then proceed with a random draw, and we’ll let you know whether the draw has been favourable to you – in which case you will be able to place your order.” 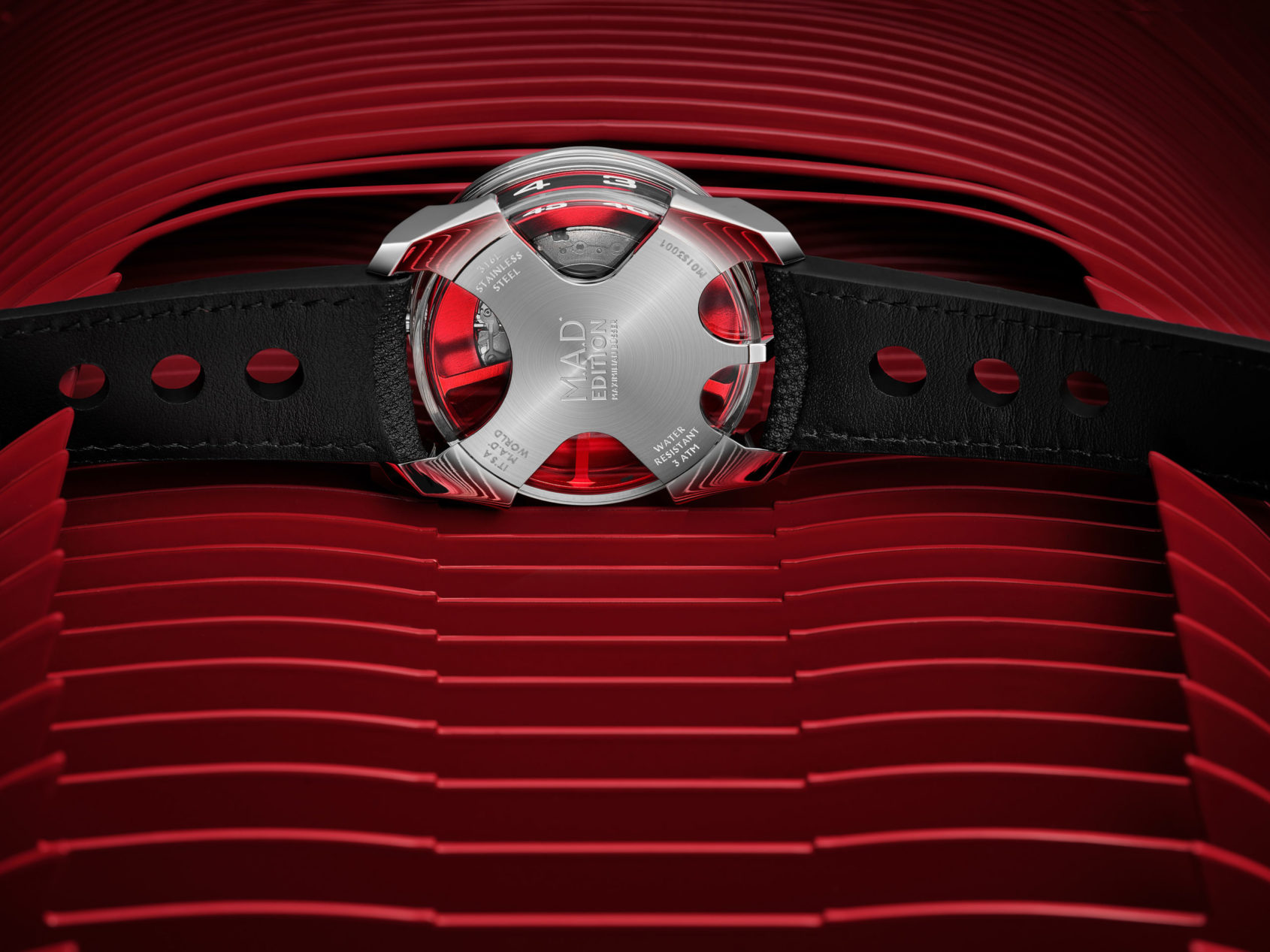 Deliveries of the M.A.D.1 REDs will start in April and continue throughout the rest of this year. The first deliveries will go to those who emailed the brand to register their interest over the last year. Once those orders are served, they willll start delivering the lottery winners – most likely between September and December. Price: CHF 2,900 (excl. VAT)