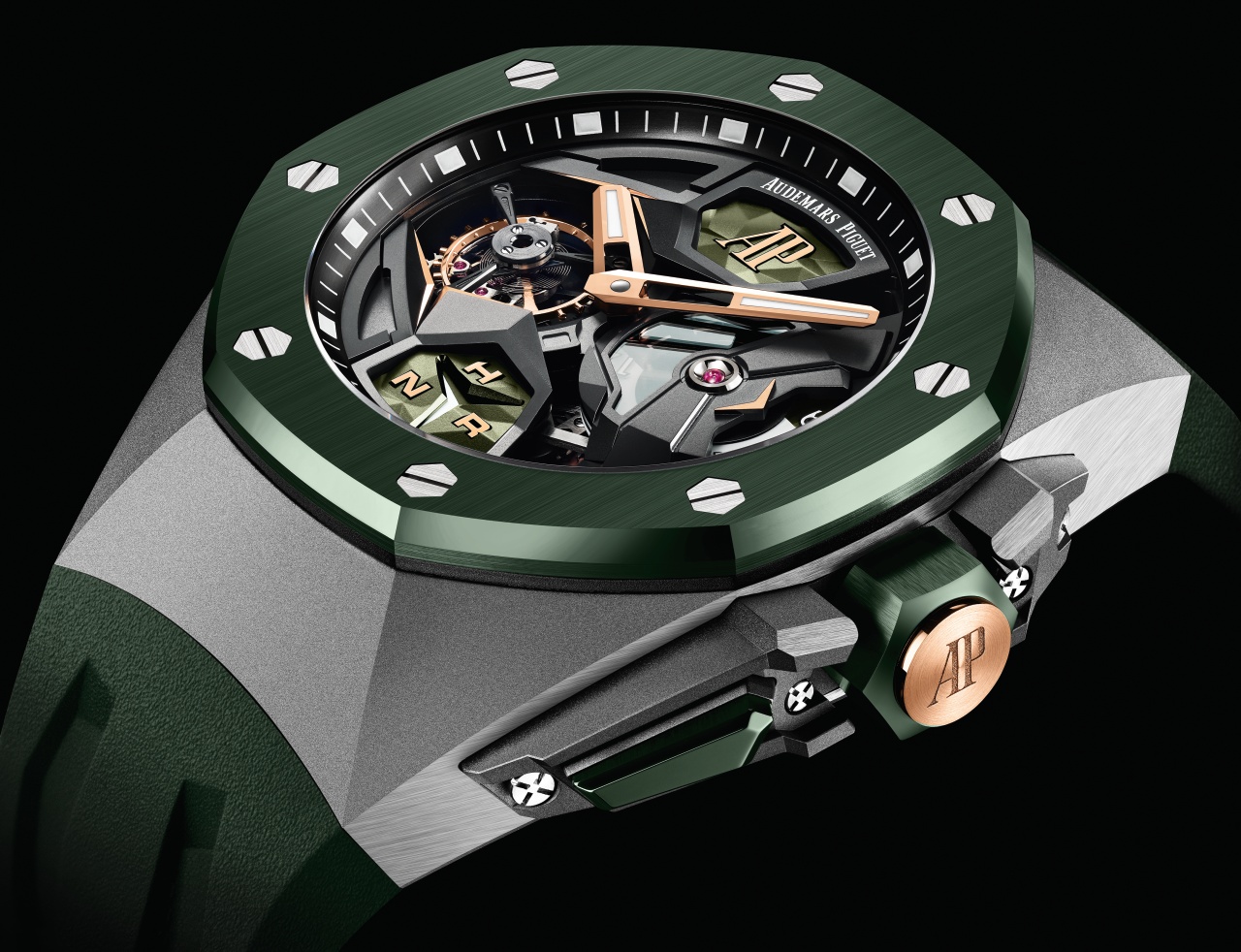 The 44mm case, 16.1mm thick and 100m water-resistant, is forged primarily in sandblasted titanium. But, the elements of the case that get my Marvel-linked imagination going are the touches of green ceramic found in the crown, pusher, and octagonal bezel. The level of finish Audemars Piguet is able to achieve on their ceramics is second to none, the scratch-resistant material as richly brushed and polished as you would find on their metallic parts. As a concept line, the case fittingly has futuristic and faceted crown guards to protect the screw-down crown that also highlight AP’s mastery of decoration and finishing 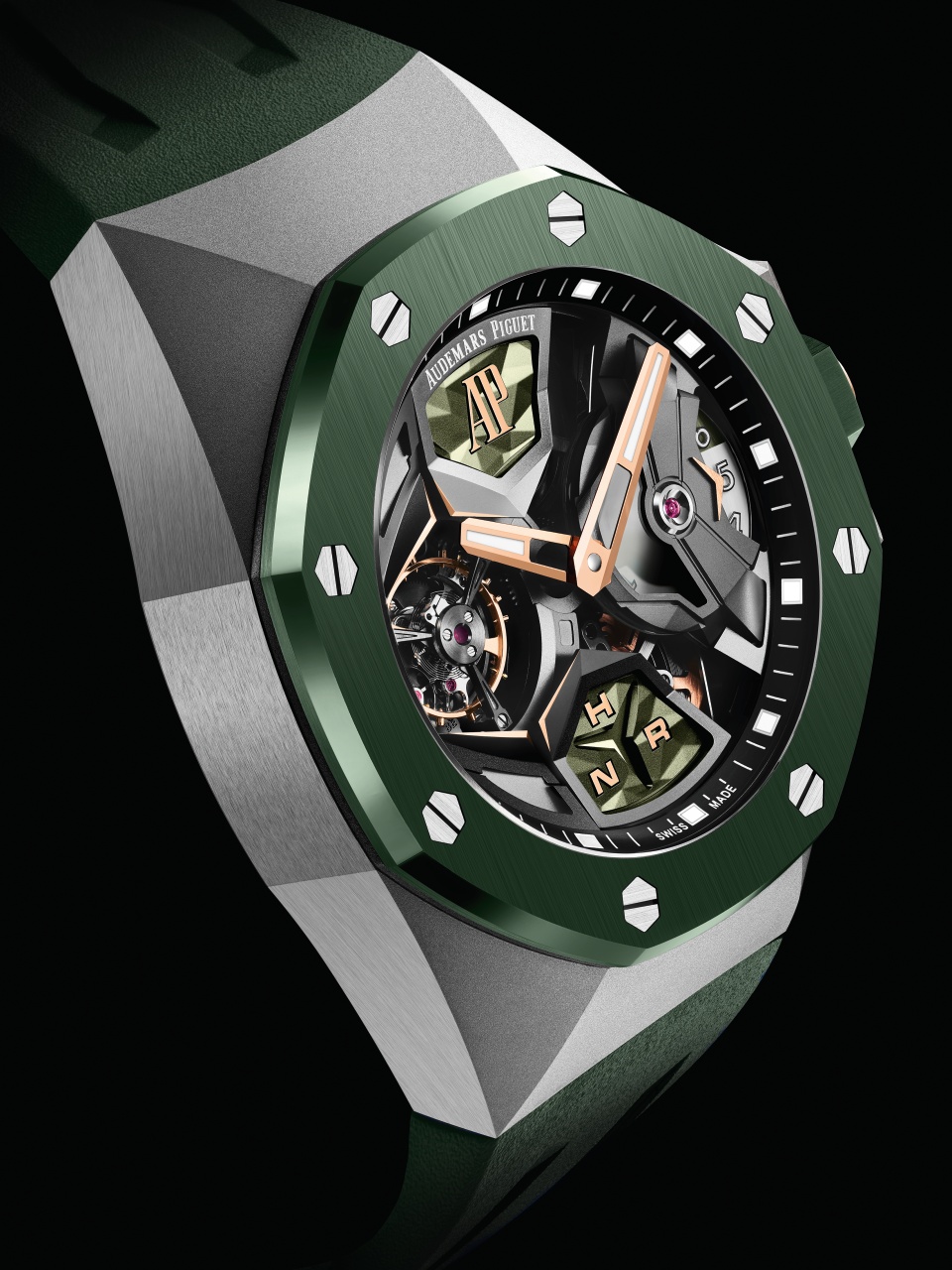 Matching the inner crown, the central hours and minutes, an applied AP medallion at 12′, and crown position indications at 6′ (H, N and R respectively standing for the time-setting, neutral and winding positions of the winding stem) are all rendered in rose gold for contrast and, in turn, legibility. The green pusher on the right side of the case controls the GMT display at 3′, a rose-gold arrow coinciding with a 24-hour numerical disc. Lastly, at 9′ the flying tourbillon is in full view – its graceful rotation able to be fully enjoyed at all times. 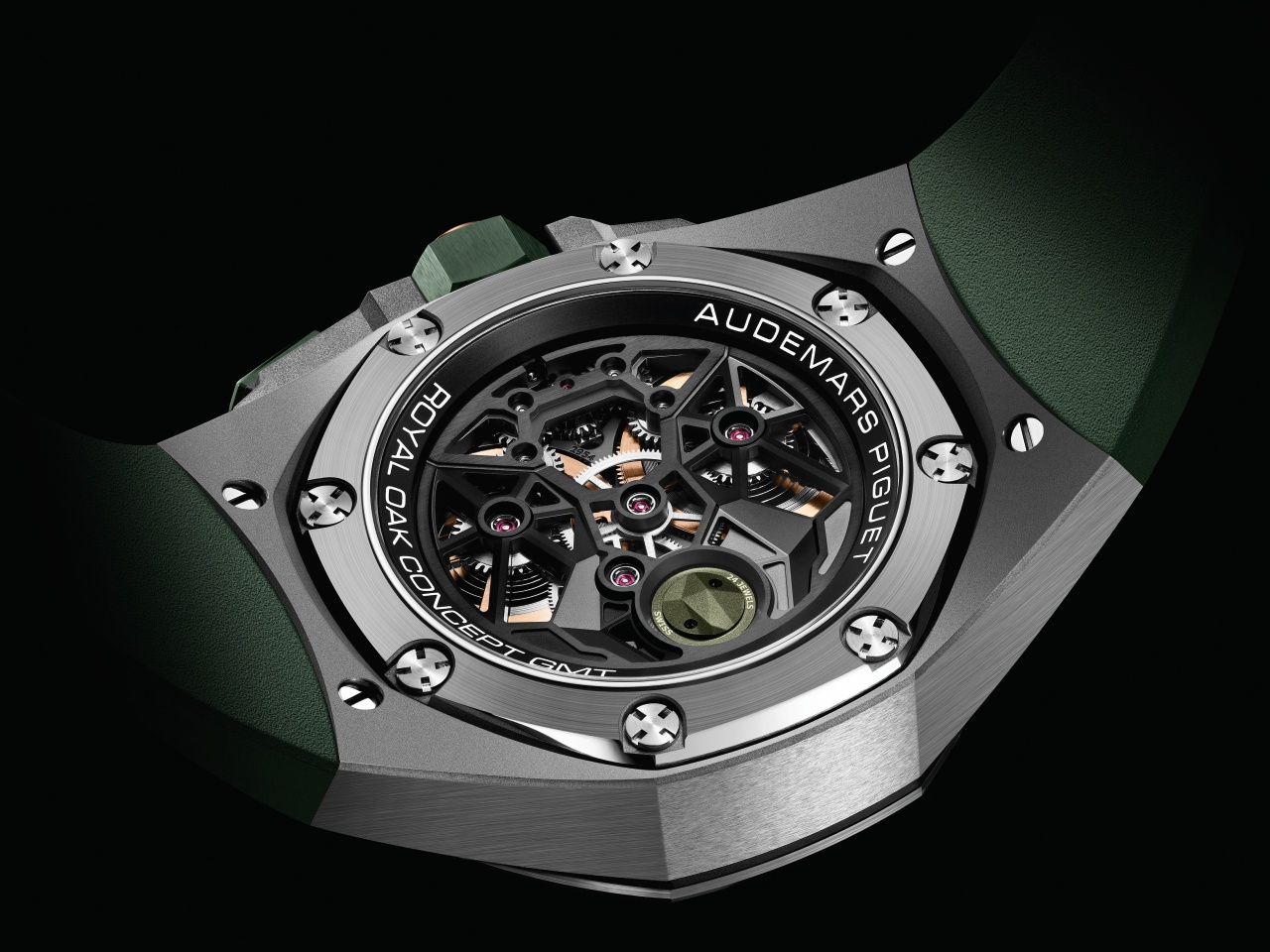 The in-house, hand-wound calibre 2954 within can be seen on both the front and back sides of the watch, leveraging architectural and futuristic darkened openworked bridges that really suit the mission of the Concept line. While made with traditional know-how, the Royal Oak Concept is about looking to the future. You won’t see traditional striping and chamfering here, instead more muted linear graining and matte frosting. The calibre offers a whopping 237 hours of power reserve, so, while a hand-wound movement, you will not need to top it off each morning.

For me, these green accents, suggest the Royal Oak Concept is ripe for a marvel-lous Hulk makeover. If Audemars Piguet makes this case in full green-ceramic, with purple colour accents, I think it could look really cool. And seeing the structural aspects of the calibre, perhaps a solid three-dimensional dial strategically faceted to create a motif of The Hulk’s face, rather than a hand-engraved figure, could be a subtle showstopper dedicated to the Avengers’ green friend. But, alas, I am getting ahead of myself. Fortunately, for now, we have the Audemars Piguet Royal Oak Concept Flying Tourbillon GMT to marvel at and enjoy. 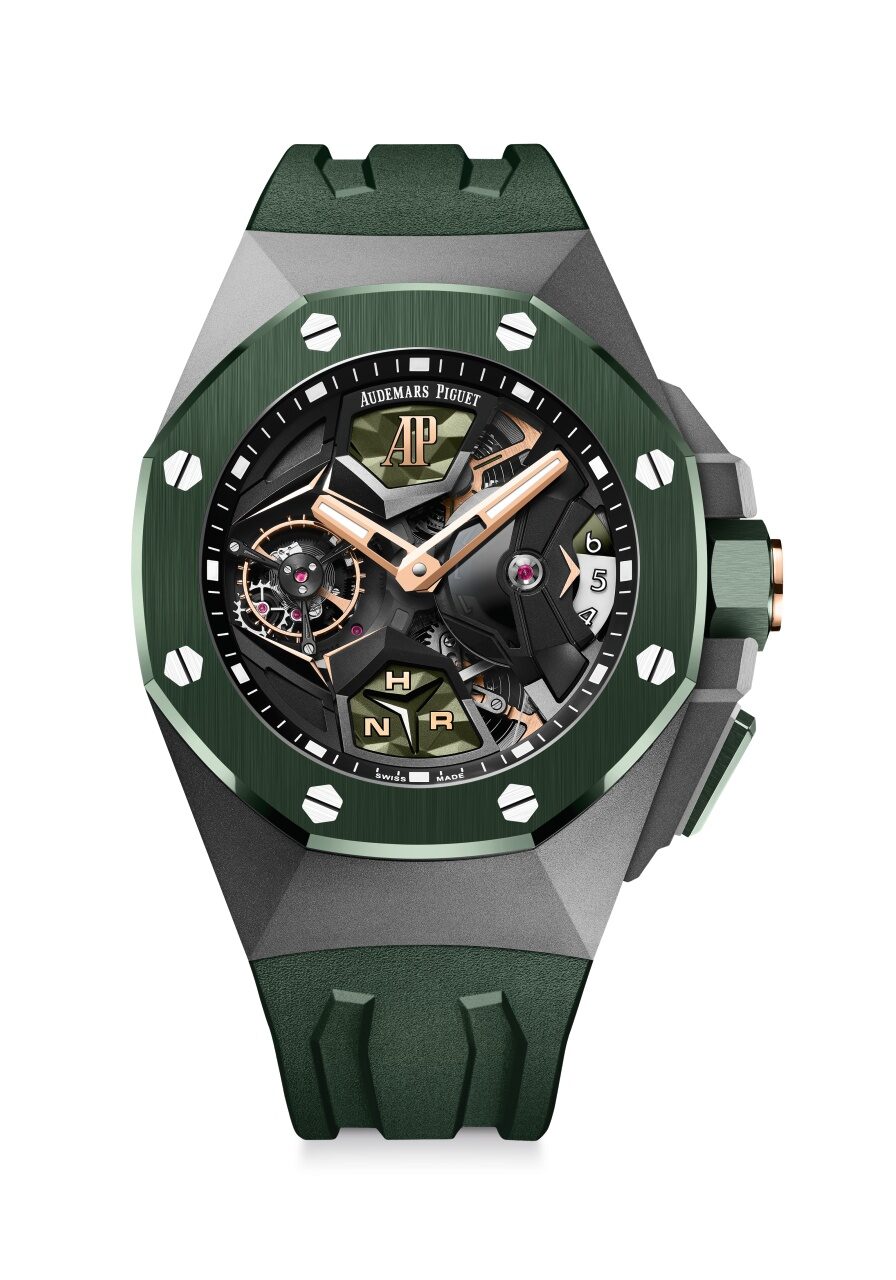