For a brand that made its name with modern twists on vintage-soaked designs, Baltic is clearly beginning to show a lot of confidence in its own aesthetic. Sure, the French brand’s new Aquascaphe Dual Crown takes inspiration from long-gone compressors – and one in particular – but there’s a freshness about it that takes both the Aquascaphe line and the brand a few steps forward. 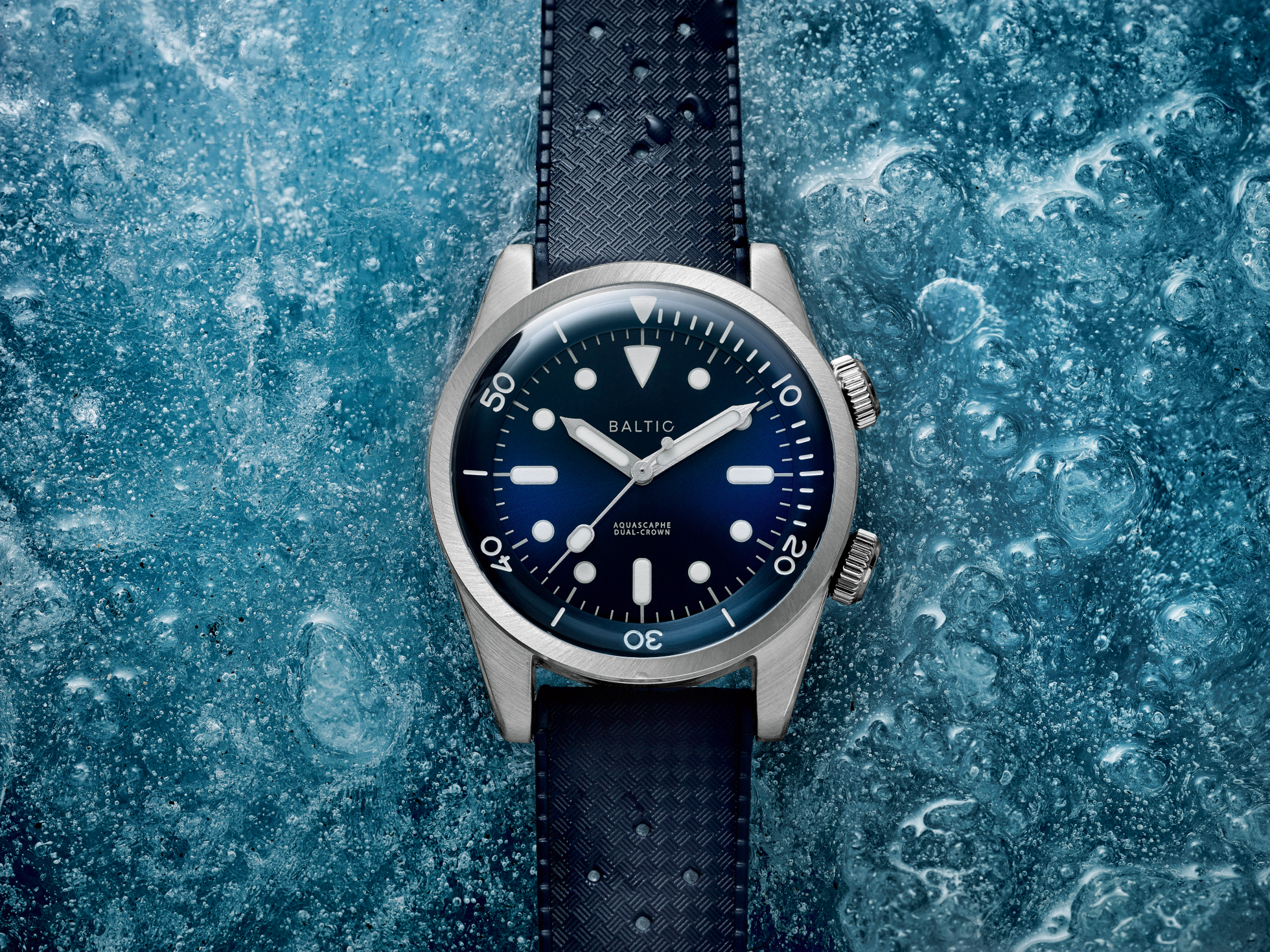 It is, for starters, a compressor and there is always something immediately cool about that. The two crowns. The cross-hatching. The inner rotating bezel. Compressors – and their wearers – have always had a “coolest guy in the ocean” vibe about them.

But the watches have often been a little too cluttered, a bit too heavy with numerals or indices or both. You can’t accuse the Aquascaphe Dual Crown of such fussiness. Here’s a take on the compressor that is airy and balanced, in keeping with Baltic’s key elements. But unlike last year’s impressive GMT, this isn’t simply the original Aquascaphe tricked out. 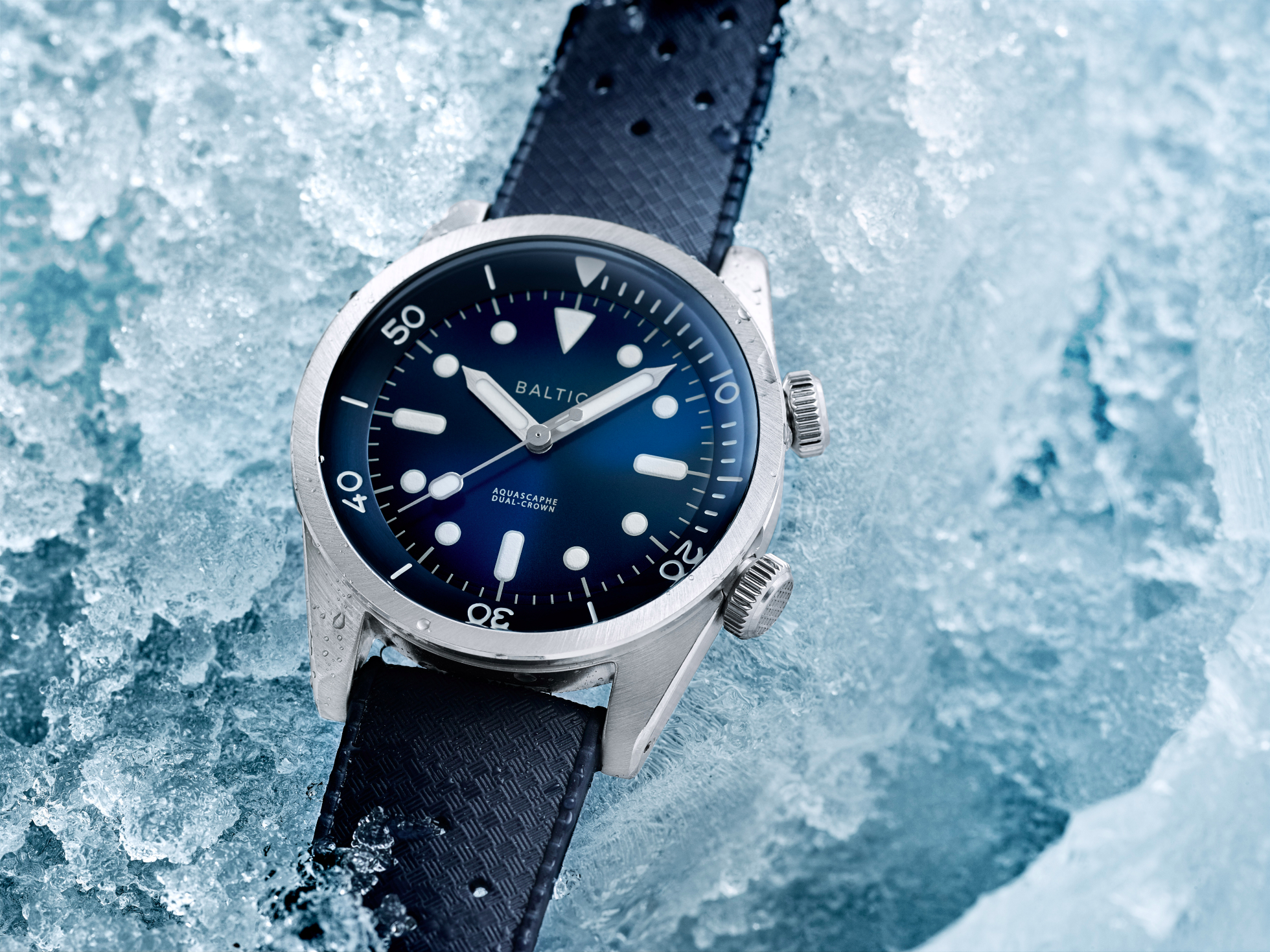 Gone are the dial’s hour numerals, replaced almost entirely on the Dual Crown by round or curved indices (echoed in the seconds hand). At 12, an upside-down triangle sits beneath the smaller triangle of the bidirectional inner bezel, offering a neat Russian Doll-esque relationship between the two that works beautifully. It all avoids the doubling up of numerals that so often squeezes the space on other compressor dials.

The look is most obviously influenced by the 1960s Universal Genève Polerouter Sub Super Compressor, one of the most perfect iterations of the idea. These cues include the sword hands and the “brushed tourbillon” finishing of the fixed bezel (previously found on Universal Genèves). 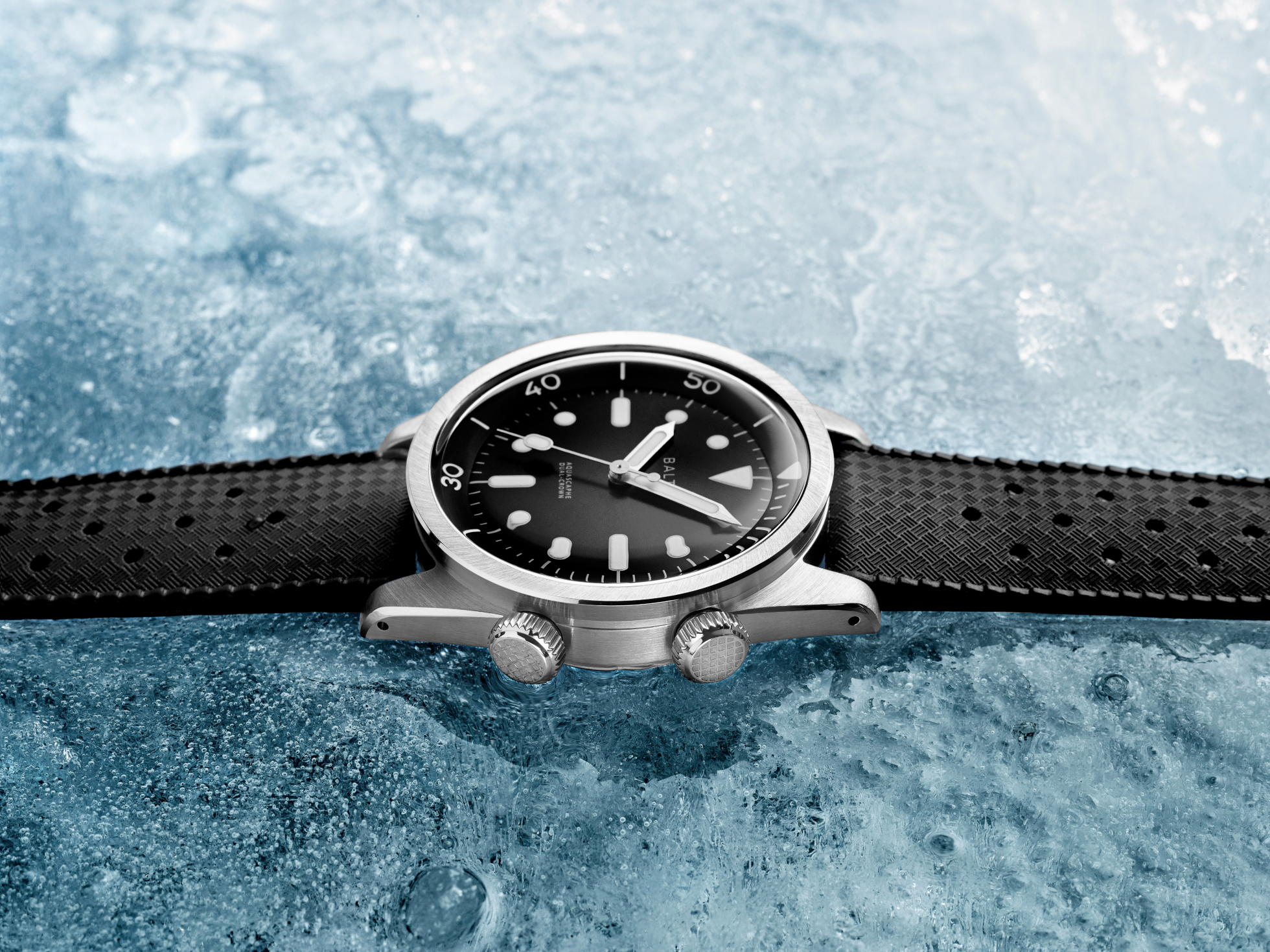 However, there’s no hint of fauxtina here. The bright white of the indices and numerals are stark against the dial background. Of the 3 variations – glossy black and “sunray blue” stainless steel; black PVD – the blue seems the pick of the bunch, suggesting the warmth of a tropical ocean.

The 39mm case, and lug to lug of 47mm, will be familiar to Baltic owners, while the height of 12mm pretty much confirms the dimensions as ideal for most wrists. Its water resistance is an expected 200m, its movement the functional Miyota 9039. 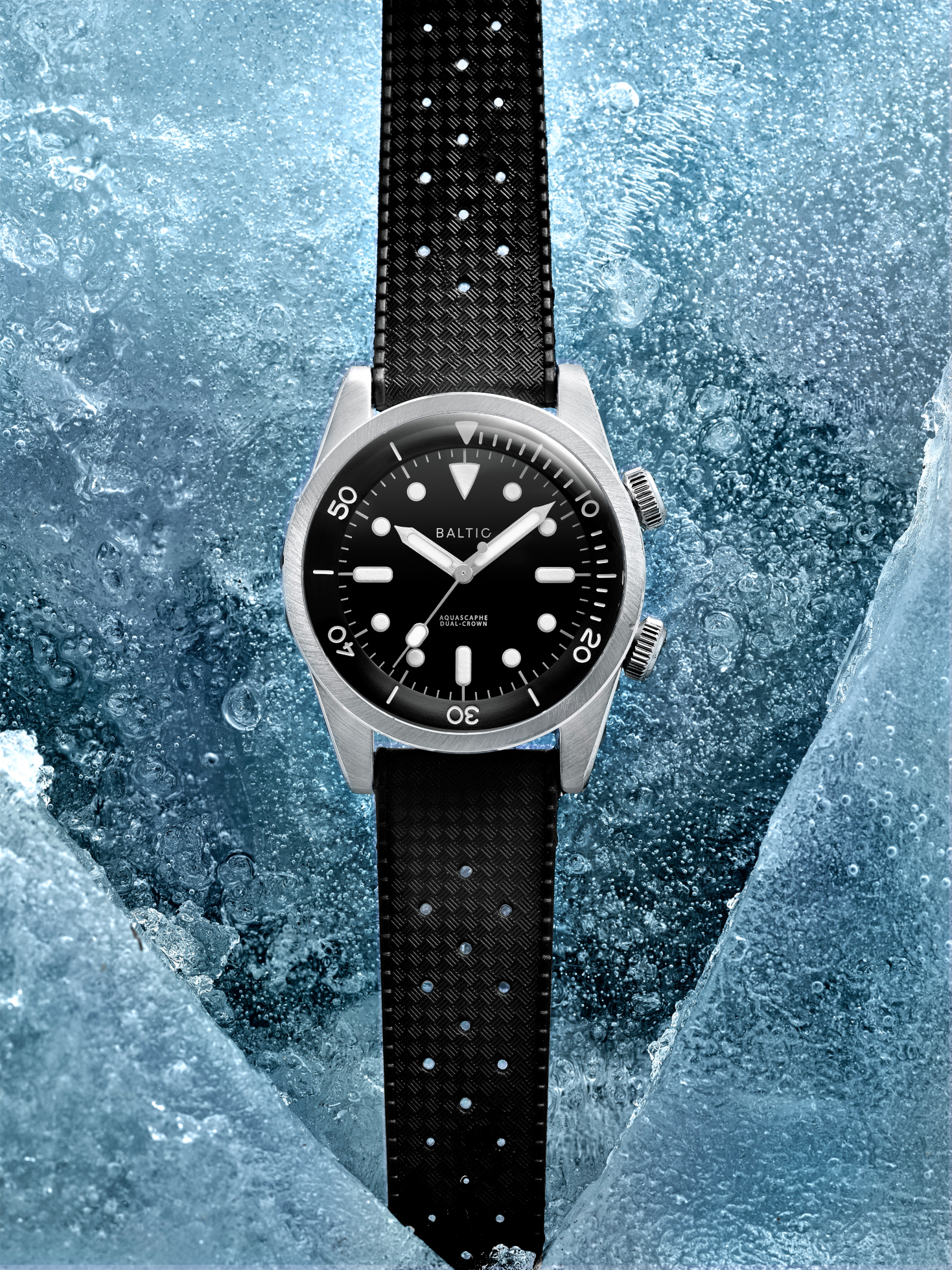 Three new rubber straps are available and made from recycled ocean plastic, while the beads-of-rice bracelet is an attractive option given the clasp’s seven micro-adjustment positions.

So, once again Baltic has come up with a fine offering, with all the expected vintage elements but an appreciation of space that we increasingly recognise as being particular to the brand. The Dual Crown is a dive watch that leaves plenty of room to breathe.

Baltic Aquascaphe Dual Crown pre-orders will be priced at €550 before tax with the first 300 units numbered. After 20 days, retail price will be €650 before tax.